It is generally easier to buy a tank than a handgun. It seems it didn’t occur to the regulatory authorities to write up restrictions on owning a fully operating military vehicle weighing more than 50 tons. Now, you’d have to make sure the gun was disabled, and you’d have to find a way to transport it and store it. Still, depending on how keen a shopper you are, working tanks are available around the world — often at less than the cost of a new car. 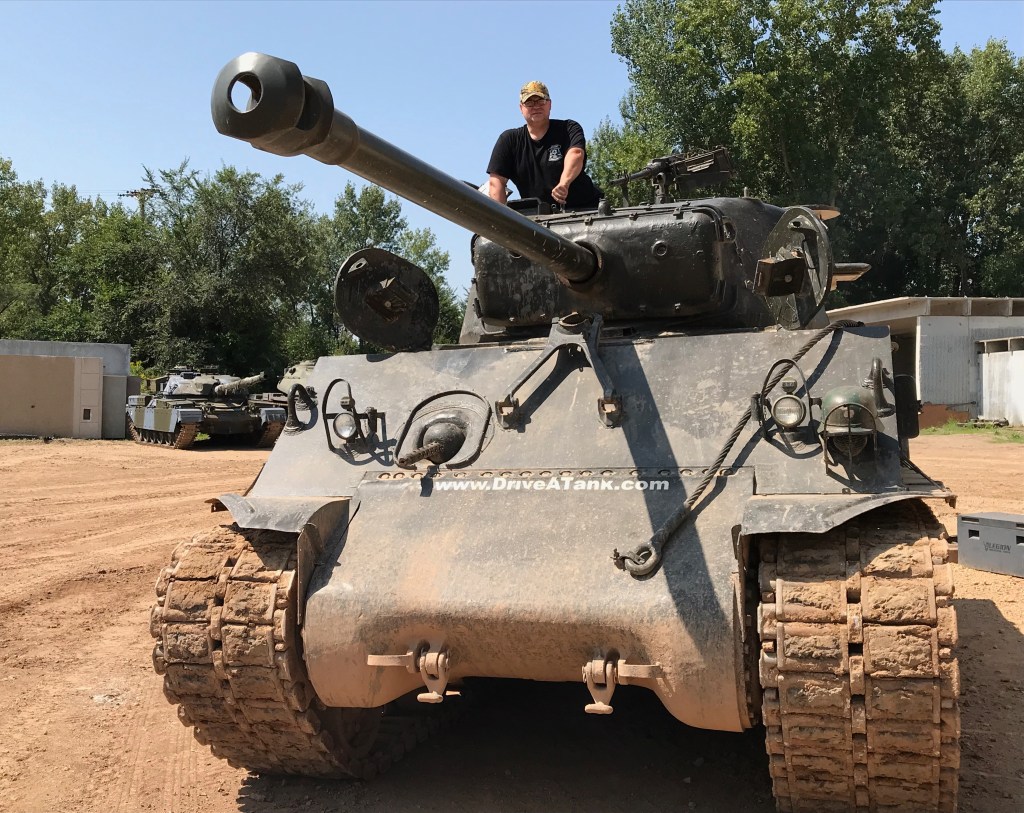 Those boring legal folks were tricky enough to make it illegal to drive a combat standard tank on open roads, and owning and operating one means qualifying for a constriction vehicle license (though destruction might be a more appropriate word). Since all of these logistics tend to be a pain, the rugged, friendly folks at Drive a Tank will give you a taste of the mechanized armor life for a day.

Minnesota’s Drive a Tank is just one of the businesses spread out across the United States offering paying customers the chance to drive, shoot and crush cars in a real-life tank. You can now drive a tank in Texas, Florida, Georgia and, of course, Las Vegas.

When I was offered the chance to drive a tank, how could I say no?

Making Some Noise in Minnesota

Located in Kasota, Minnesota (about a leisurely, 90-minute drive from Minneapolis), Drive a Tank is the brainchild of Tony Borglum — a military equipment enthusiast and a man who knows how to get a hold of a proper tank. Depending on the experience package a visitor wants to purchase, he or she can take the wheel of a classic World War II Sherman, an Abbot Self-Propelled Gun, an M-16 Armored Fighting Vehicle or a Centurion Main Battle Tank. 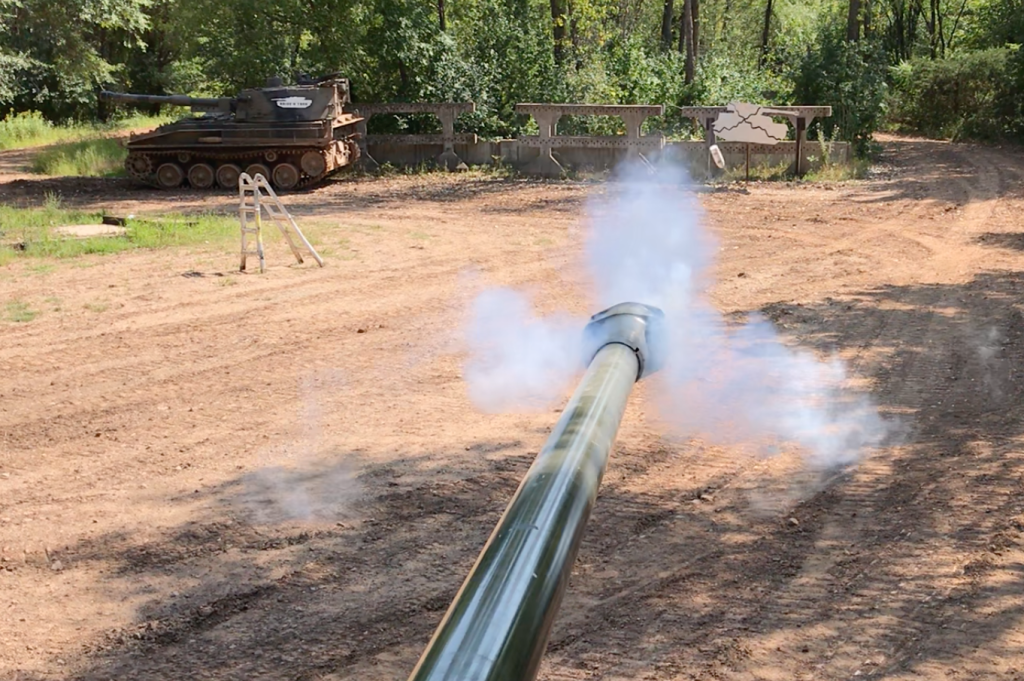 The controls of most of these beasts come down to two sticks angling forward or backward. Throw both sticks to the front, and the tank will chug along at full speed. Pull back and it stops. Left or right turns and rotations are a question of mastering the combined moves of those control sticks. After a few warmup laps around Drive a Tank’s rural test track, the Patton-wannabe can engage in simulated tank combat or target practice with safe, simulated shells.

Crushing Your Cars Away

Drive a Tank exposes the average G.I. Joe to the brute power and harsh environments of these military powerhouses. The interiors are as unforgiving as their outward appearances, without an inch of space offered for comfort. That means you’re not maneuvering around padded edges and comfortable seats inside of your tank. You’re dodging iron edges and jagged bolts on every side.

To display the stunning raw strength of this formidable cavalry, Drive a Tank will allow visitors to take the helm of a Chieftain Main Battle Tank and crush two full-size automobiles under 55 tons of unforgiving treads.

I had the honor of crushing an old Dodge Caravan formerly owned by a Drive a Tank staffer. She got a tax write off for donating it, so it went from her daily drive to crumpled scrap under the Chieftain in a matter of seconds. By merely applying moderate power and maintaining a straight course, the tank cruises over thousands of pounds of steel, aluminum, plastic and rubber with the ease of your car negotiating a speed bump. I was expecting a violent upheaval and a nightmarish noise. Instead, the tank gracefully did its duty and rolled along as if to ask, “What’s next?” 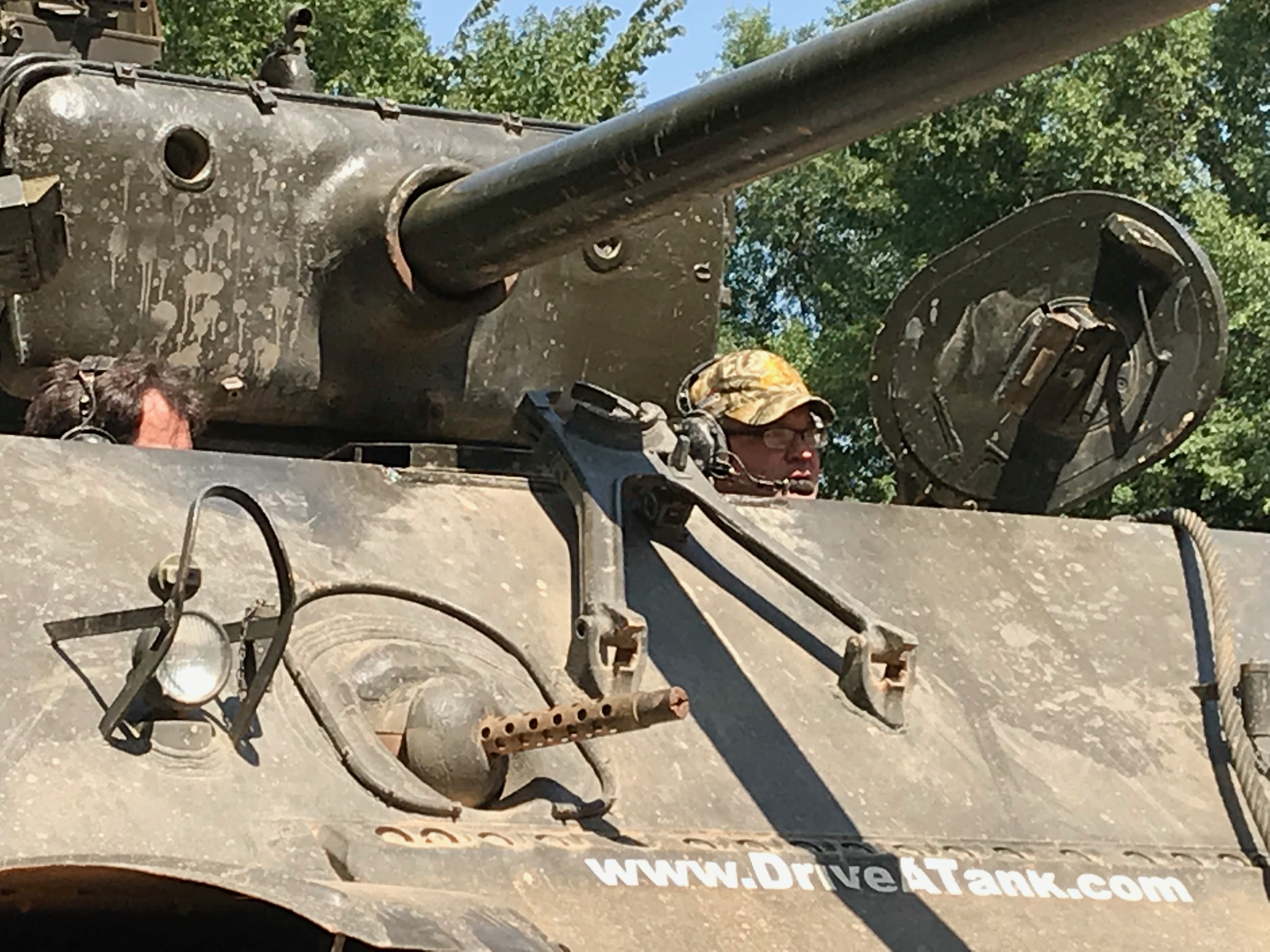 For the lucky participant, Drive a Tank is a whirlwind salute to military might and an exploration of brute force engineered to move. The startling capabilities of these machines proved to me what I thought was true all along: The one thing at which human beings truly excel is designing and building ways to knock the hell out of each other.

If you find yourself in Minnesota, Drive a Tank is well worth a visit. To book your individual Drive a Tank experience, contact the venue directly through their website.

Your Local Muni Is Boring? Try One of These 14 Crazy Courses for Your Yearly Golf Adventure Instead