If you’ve ever been to the Sistine Chapel in Rome, you know that viewing one of Michelangelo’s greatest masterpieces painted across the vaulted ceilings can be a major challenge. Retail company Westfield has introduced in a way to view the work up close for those who aren’t able to make it to Italy, or those who simply want a closer look at the meticulously detailed imagery.

Each of the 34 images in the gallery were reproduced to match their original sizes, allowing viewers to fully engage in the narrative of the work and see new details that might not be possible in the chapel. SPY got to take a sneak peak at the limited-time exhibition with art historian Kirsten Noreen, who pointed out special details hidden within the frescoes, including Michelangelo’s own self portrait and one the artist’s political enemies, Biagio da Cesena depicted as the King of Hell in the right corner of The Last Judgement.

“It’s a way for you to see this art in a way that only Michelangelo was able to see his own frescoes—as he painted them,” remarks Westfield’s Scott Sanders. Each scene is loaded with highly symbolic imagery that guides viewers through the biblical narrative of the work, but that also illuminates the biographical references injected in the paintings by the artist himself. These overlooked details greatly enhance the understanding of the artist’s career and the contextual history that surrounded its creation.

It’s nearly impossible to get a good look at these details at the Sistine Chapel, but this pop-up gallery brings forward an accessible and modernized way to experience one of the greatest achievements in art. Another bonus? The actual Sistine Chapel does not allow loud talking or photography, but both conversation and instagramming are welcome in the Up Close gallery.

The travelling pop-gallery will be making its way to several other Westfield shopping centers around the U.S. during the next year, but if you can’t make it, we’ve round up a list of some of our favorite Michelangelo items to help you experience this incredible masterpiece remotely.

This insightful book from Benjamin Blech and Roy Doliner thoughtfully exposes and analyzes the hidden messages that Michelangelo embedded into the Sistine Ceiling through his powerful imagery. Freethinking, feminism, and biographical exposition of the artist’s own sexual identity and relationship to Catholicism are all explored by closely examining the imagery in one of the artist’s final masterpieces of his career.

The Sistine Secrets: Michelangelo's Forbidden Messages in the Heart of the Vatican

The Sistine Secrets: Michelangelo's Forbidden Messages in Heart of the Vatican

Get a hands-on experience — literally — of the Sistine Ceiling with this artful jigsaw puzzle that forms the entire ceiling when put together. Each piece is rendered with meticulous detail, giving you a macro view of each frescoe as you assemble it.

One of the most famous phonographic details of the Sistine Ceiling is the close-up view depicting the almost touching hands of God and Adam in “The Creation of Adam.” This image has culturally come to signify humanity, even 500 years after it was made. 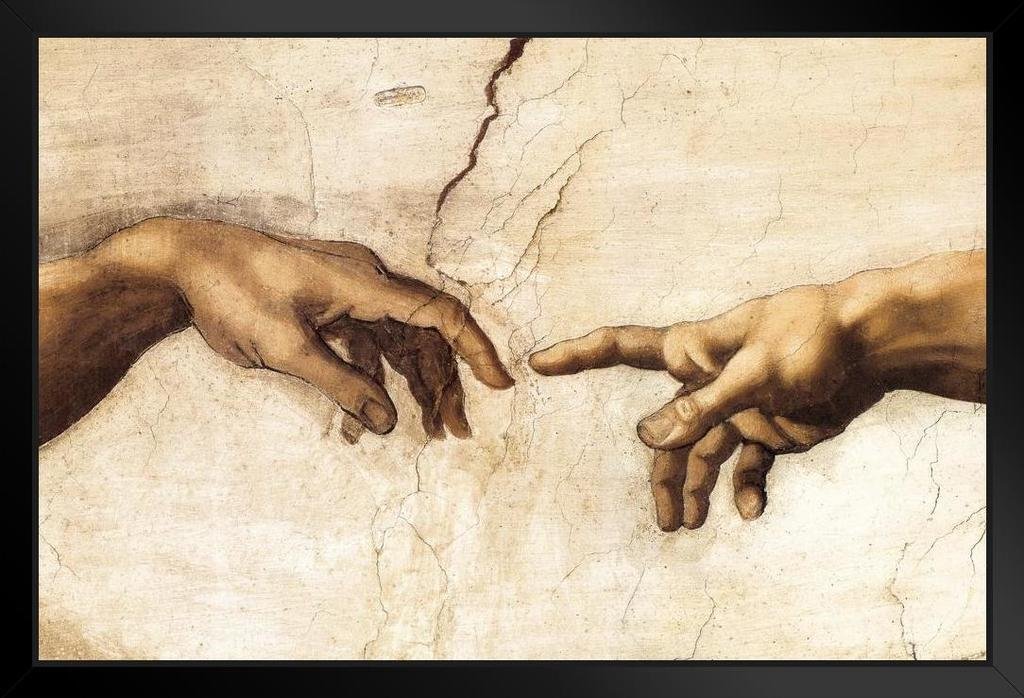 
4. The Creation of Adam Phone Case

A full view of the 4th scene in the Sistine Ceiling, this artistic smartphone case is designed with a full view of the The Creation of Adam. Designed with a hard shell body, it will also protect your phone from scratches and drops. It’s also available in various sizes to fit a wide range of both iPhone and Samsung models. 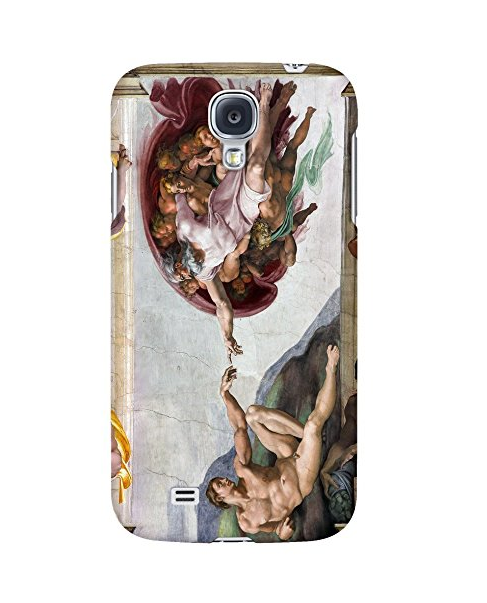