There’s a new football team in town, and they’re called the Washington Commanders. Sure, the team may have existed since 1932, but they have a brand new name as of a few hours ago.

In 2020, the then-Washington Redskins dropped their moniker in response to intense public pressure from activists who noted the team’s past usage of its name as a racial slur. But after Washington dropped the name, they didn’t have a backup ready to go. That meant that the team was known as the Washington Football Team for two seasons, a name that was almost avant-garde in its blandness. Now, after a long period of deliberation, the team has decided on the Commanders.

“We landed on this in part because we believed the Washington Commanders can carry the rich legacy of this team, a championship legacy,” team president Jason Wright stated when announcing the new name. “It’s got the weight and heft of something befitting a 90-year franchise.”

The DC-based (now) Commanders have won three Super Bowl championships and five conference championships in their 90-year history, so it’s no surprise they have some devoted fans. That’s why if you’re looking to celebrate the team and its new era, you might be looking to pick up some merch tout de suite.

Fortunately, even though they only just adopted this new moniker, the NFL shop has a range of Commanders tees, jerseys and hoodies ready to ship. Here are a few selections from the team’s online shop. The merch ships free from the NFL Shop using the code “SIDELINE,” but the offer ends tonight.

The Commanders have a variety of Jerseys featuring the new team logo and name, including this jersey for defensive end Chase Young. As with all of the jerseys and shirts, this is made by Nike. 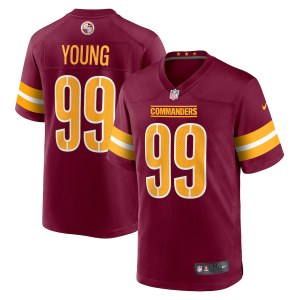 It’s no surprise that a football game in DC can get pretty cold. Stay warm with this heather gray hoodie, featuring a circular logo on the chest, with the Commanders name in the center. The bottom of the circle feature’s the team’s championship titles. 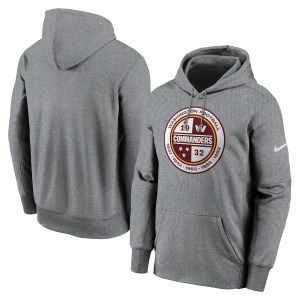 Crimson and gold are pretty bold colors, which might not be for everyone. Fortunately, you can pick up this black long-sleeve tee, featuring the Commanders name across the chest, with the “W” logo directly below it. It’s made from an 80/20 cotton-poly blend. 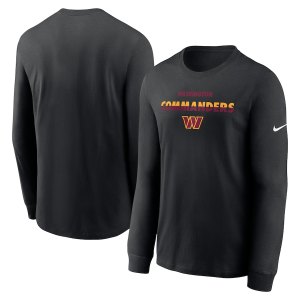 This red t-shirt from Nike nods to the iconic monuments found in Washington, including the Capitol and Washington Monument. And if there were somehow still any confusion as to which Washington we’re talking about, the center of the shirt features a bold yellow “DC.” The shirt features the Commanders name and the new “W” logo. It’s made from 100% cotton. 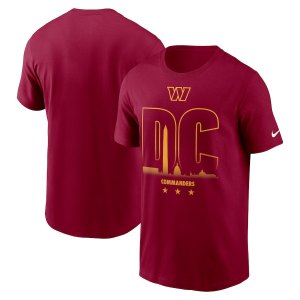 This option may not feature the new team name, but it does feature the “W” logo, representing the current era of the team. The bright yellow color (technically gold) is an eye-catching option. 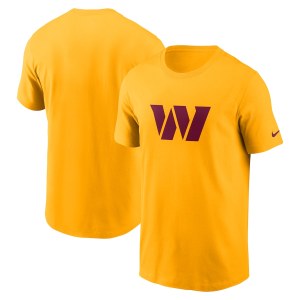 Shirts and jerseys aren’t the only options. You can also pick up this hat, which is all-black with a black “W” logo. New Era makes the 9FIFTY hat. 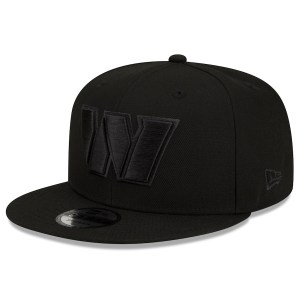 Just because you’re celebrating the team’s new name, that doesn’t mean you can’t also honor its past players. This jersey features the name and number of the late Sean Taylor, who played for the team for four seasons. 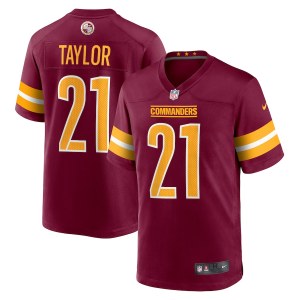 The team also offers women’s merchandise, including this T-shirt, featuring the DC monuments design on a white background. The crimson and gold “W” logo is on the front, while the Commanders name is featured in crimson on the bottom of the shirt. It’s a V-neck style made from a soft tri-blend fabric. 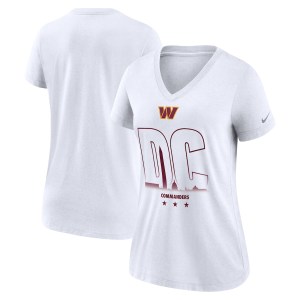