* Much anticipated boxing match finally arrives
* Streams live from Las Vegas, Saturday September 16
* Three easy ways to stream the fight – including one way to get it for free

Move over Mayweather, the next great boxing fight is here.

Less than a month after the epic Floyd Mayweather vs. Conor McGregor bout, fans and odds-makers alike are readying themselves for this Saturday’s match between Gennady Golovkin and Canelo Alvarez.

Boxing experts say this will be one of the most competitive matches ever on paper, pitting the powerful Alvarez (ranked as the #1 boxer in the world according to BoxRec), against the rangy Golovkin (nicknamed “GGG”) and his undefeated record. Both are considered among the best punchers in the sport, with a ton of strengths and very little weaknesses. 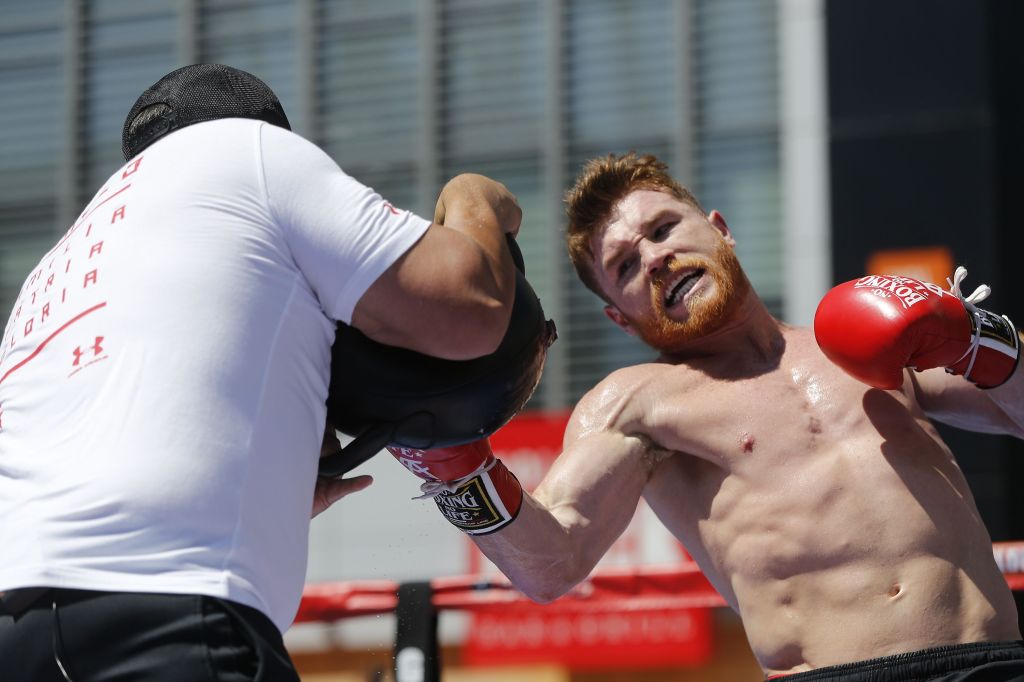 Photo by AP/REX/Shutterstock | Boxer Canelo Alvarez works out as he hosts an open-to-the-public media workout at L.A. LIVE in Los Angeles

Want to watch the big match? Tickets for the bout at T-Mobile Arena in Las Vegas are sold out, but we’ve found some solid re-sale options at Vivid Seats. Or, stay in and catch the fight from the comfort of home with these three decent streaming options.

1. Get the Fight for FREE on DISH Network

Sign up for DISH right now and use offer code CJCANELO to get the fight for free. We’ve uncovered a monthly deal as low as $49.99, which includes 190 channels, 8000 free on-demand titles and the DISH Protect Silver protection plan free for six months. DISH touts its 99% signal quality, which means Canelo vs. GGG will come in crisp and clear on fight night.

Stream the Fight on DISH

2. Stream the Fight on Sling TV

Sling TV lets you watch the fight without any long-term contracts required. To order, simply create a Sling TV account and then order the fight by logging in and clicking on the banner for the fight.

Once you purchase the PPV event, you will see two new channels appear at the beginning of your channel guide, in English and in Spanish, and the channel will go live as soon as event coverage begins. Need to grab snacks or another drink? Throughout the fight, you’ll be able to pause, rewind and fast-forward so you won’t miss any of the action.

The fight is viewable across all Sling TV-supported devices, and there are no long-term contracts or credit checks required. 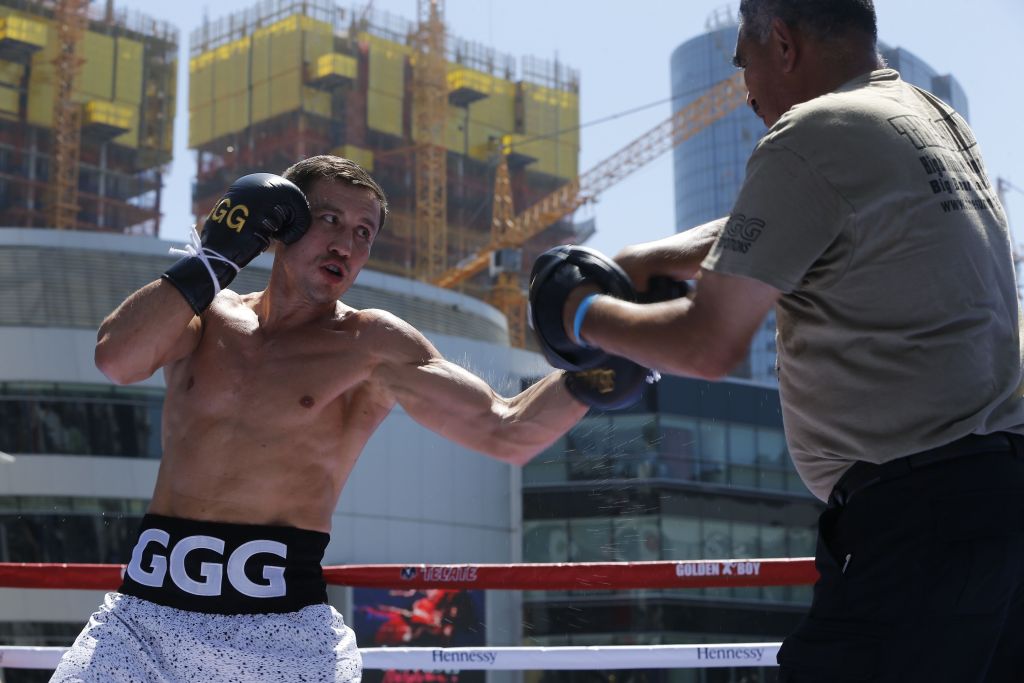 Stream the Fight on SlingTV

Existing DISH customers can’t take advantage of the free stream, but we’ve uncovered a solid deal for you too. Order the fight on your MyDISH app (get it here for Apple/iOS or Android) and you’ll receive two free pay-per-view movie credits you can redeem anytime. Plus, get exclusive pre-fight content on channels 455 and 456 from September 11-15. You’ll see some of Canelo and Golovkin’s most legendary fights, pre-fight countdown shows, classic fight movies including all the Rocky movies, and more.

Want to score a $10 discount? DISH offers the fight in both HD and SD. While the HD pay-per-view version will cost the same $79.99 as everyone else, opt to watch the fight in SD and get it for just $69.99. Ideal for casual fight fans who just want a good quality stream.

According to the experts at ESPN, it’s a pretty evenly matched fight, with no clear winner in the predictions. Still, one thing is pretty clear: analysts don’t expect the bout to go a full 12 rounds. Stay tuned…

Related: Floyd Mayweather Celebrated His Win With a T-Shirt Collab