Like a lot of 90s kids who came of age in the aughts, I decorated my childhood bedroom with a Matrix movie poster. This Matrix poster, specifically. I’ve seen the original 1999 movie countless times, and I still debate the quality and meaning of the sequels with the childhood best friend I watched them with. (Hey, Brian, and Happy Birthday). Carrie-Anne Moss featured prominently in my adolescent fantasies. I thought the Will Ferrell parody of The Matrix Reloaded at the 2003 MTV Movie Awards was the height of comedy.

Basically, I was like most teenage boys at the time, even if I thought that, like Neo, I was actually super special and unique.

Now, after more than two decades, we’re finally going back to The Matrix. But should we?

For this fan, the answer is a resounding Hell Yes You Should! Go to HBO Max and watch it right now! As soon as I finish work I’m going to go watch it again.

For those who are interested in reading more, we have a full breakdown and review of The Matrix Resurrections below, which includes minor spoilers.

The Matrix Resurrections Is the Second-Best Matrix Movie

Here’s the bottom line: The Matrix Resurrections is a delightfully meta science-fiction movie and something of a love letter to fans of The Matrix franchise. It’s also a return to form for Lana Wachowski, who co-wrote, co-produced and directed the movie. Like other big Warner Bros. releases in 2021, the movie was released simultaneously on HBO Max and in theaters.

So how does the new Matrix movie compare to the originals? This is a question the movie itself asks explicitly. The movie actually opens with a shot-for-shot remake of the opening scene of the first Matrix movie, which sets the tone for the rest of the movie perfectly.

Is it really possible to recreate the magic of the original movie? Should you even try? It’s clear that Wachowski is having a great time returning to the Matrix universe (metaverse?), and she doesn’t shy away from these questions. On the contrary, some viewers may find the meta elements of the first act a bit too on the nose, though I thought Wachowski pulled it off. 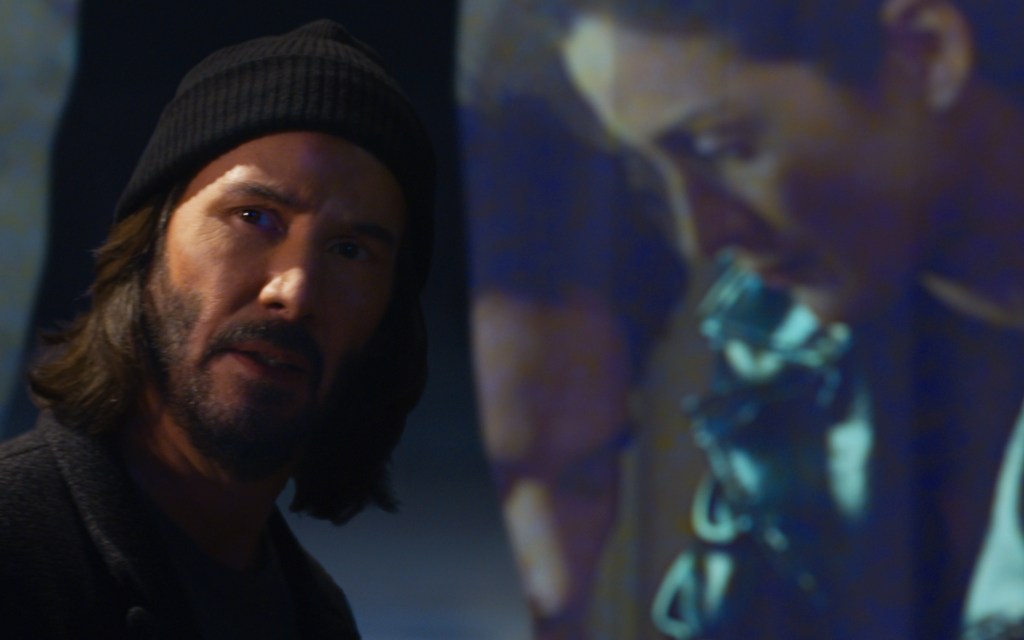 The Matrix is one of the greatest science-fiction stories ever told, but the sequels are a bit more controversial. The second movie is at least thoroughly enjoyable, with some superb special effects, fight scenes and set pieces. The fight at the Merovingian’s estate, the fight with Agent Smith(s) in the courtyard, and the highway chase scene are unforgettable if you’re a fan of blockbuster action. Unfortunately, The Matrix Revolutions, the third movie, is pretty damn forgettable, and it gets sidetracked with some heavily religious themes that didn’t really work for me.

Because the trilogy ended rather conclusively, there’s a lot of mystery surrounding The Matrix Resurrections. Is it a sequel? A prequel? A reboot? All of the above?

Spoiler alert: The Matrix Resurrections is a sequel in the most literal sense, picking up some 60 years after the ending of the original. The title should give you a clue as to how Neo and Trinity have returned to the world of the Matrix and Zion, but I won’t say more than that.

As a big fan of the original Matrix and, yes, even the flawed trilogy as a whole, I believe that The Matrix Resurrections is actually the second-best Matrix movie after the original. There is a lot to love about the new movie, which takes the franchise into some exciting new places.

The best part of The Matrix Resurrections isn’t the action, or the special effects, or the writing, the latter of which has never been the Wachowski sisters’ strong suit. The cast is without a doubt the best part of the movie. Keanu Reeves and Carrie-Anne Moss are perfectly badass in their roles as Neo and Trinity, but it’s the newcomers who end up grabbing your attention. Neil Patrick Harris steps into the villain role he was born to play and chews the scenery in the best possible way. We also get to see an entirely new side of Broadway actor Jonathan Groff, who disappears into his character and plays the role perfectly. He’s sinister, but also a little sexy. Those are the bad guys, and Yahya Abdul-Mateen II, who plays Morpheus (in a sense), and Jessica Henwick, who plays an acrobatic cyberpunk named Bugs, lead the good guys. 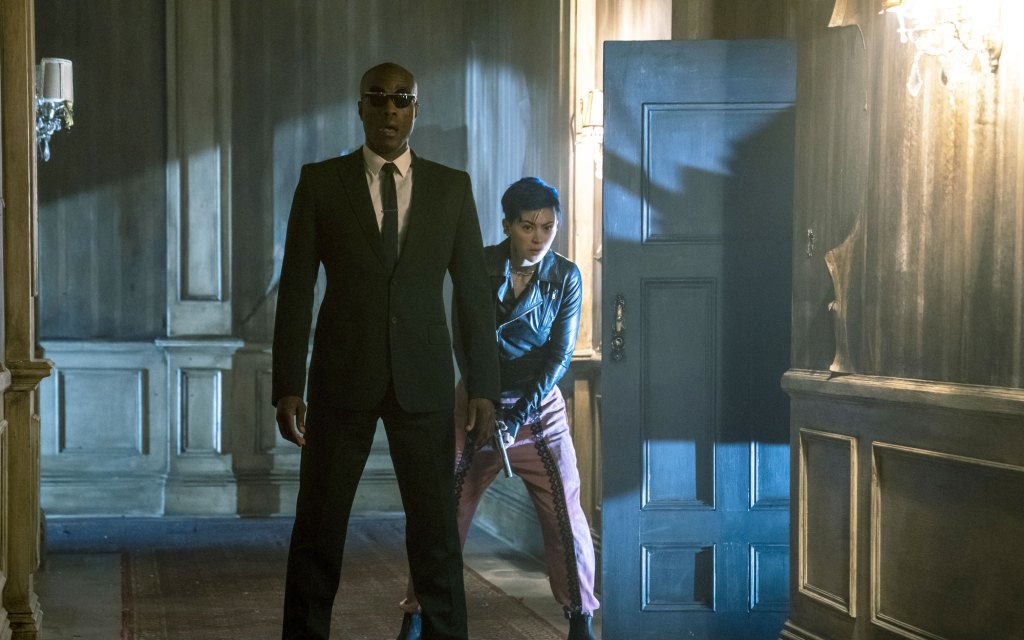 Seriously, the cast absolutely makes this movie work, as it does have some of the same flaws that bring down Wachowski’s other films. Neo, or Mr. Anderson, if you prefer, is still weirdly passive as a protagonist. Some of the movie’s biggest lines don’t quite land. The movie’s plot can be too confusing for its own good, with plot holes that get wider the longer you think about them.

However, despite its reputation as a philosophical sci-fi movie, The Matrix has always been most enjoyable as pure blockbuster entertainment. Seen through that lens, the new Matrix is an absolute success, and I’d highly recommend watching it on HBO Max (or in theaters) ASAP.

I’ve warned moviegoers against taking pop culture too seriously in the past, and that philosophy served me well with The Matrix Resurrections. If you go into it with low expectations hoping for nothing more than an entertaining action movie starring Keanu Reeves, you won’t be disappointed. If you’re hoping for a more serious artistic exploration of the nature of reality (and unreality) or free will and destiny, then the movie is more of a mixed bag.

How To Watch The Matrix Resurrections Online

The Matrix Resurrections was officially released in theaters and on HBO Max on December 22, 2021. All HBO Max customers can start streaming the movie right away, and you can sign up for an HBO Max subscription for just $9.99 a month. Unfortunately, if you’re hoping to watch The Matrix Resurrections online for free, HBO Max does not currently offer a free trial, but the $9.99 monthly price of HBO Max is less than the price of a movie ticket. 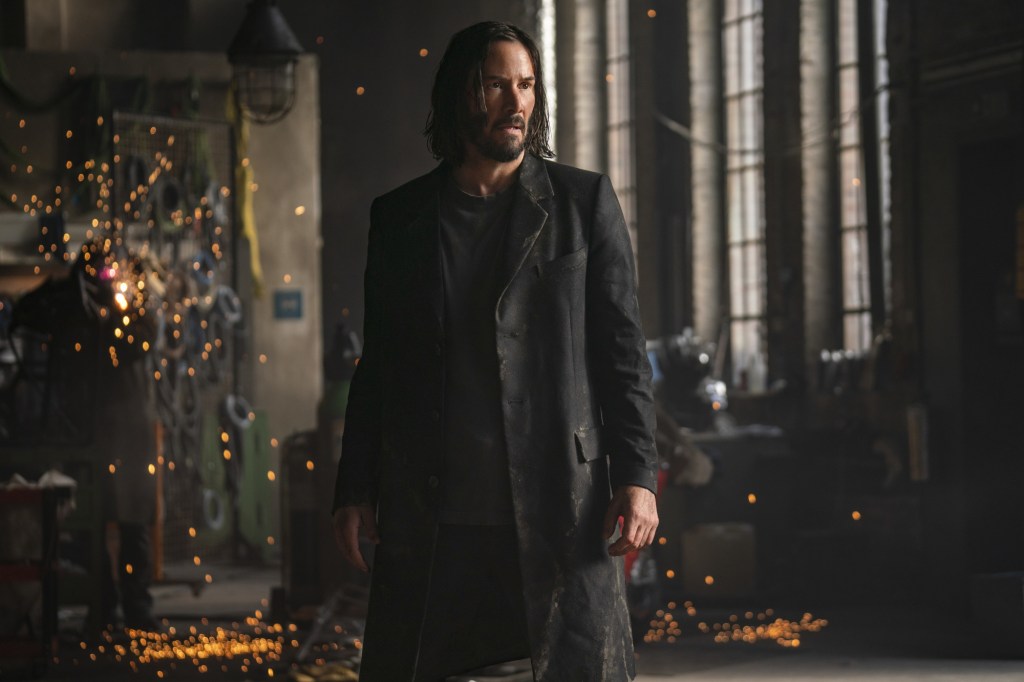 The Must-Have Streaming Services for 2022