We get it. We’re still housebound, and spring and summer are encroaching upon us. With public pools and other swimming holes still not open to the public, it can become increasingly hard to find a way to cool off during the hottest months of the year. If you live somewhere that gets particularly toasty during the summer, we suggest investing in some of the best water balloon and water balloon games.

Yes, the latex balloons you hectically ran to fill from the water hose or kitchen sink are still a great way to have spring/summer fun. There are many different water balloon games on the market that cater to your specific needs — whether you’re looking for kid-friendly or adult-specific options. Most of the kits include self-sealing balloons, which is convenient, as opposed to tying up balloons yourself. Your summer fun just got that much better.

We looked around and found the best water balloon games available to buy right now. Whether for waging way, playing games or just cooling off, these are the best options to buy.

You’ve probably seen commercials for these balloons before. Bunch O Balloons can take the annoyance out of tying balloons with its self-sealing technology. It takes less than 60 seconds to fill up 100 balloons. The set comes with 420 balloons that are biodegradable and recyclable, making them safer for the environment. So, if you’re getting ready to have the armageddon of water balloon wars, Bunch O Balloons will help you succeed!

2. Hibery Water Balloons with a Launcher

If you’re looking for a reserved launcher that makes it easier for kids to get in on the fun, then this option from Hibery may pique your interest. This kit includes 500 multicolor balloons that are sure to excite you and your kids. It also comes with a launcher that makes water warfare even more fun. Also, this kit has two injectors to help fill your ammo quickly. 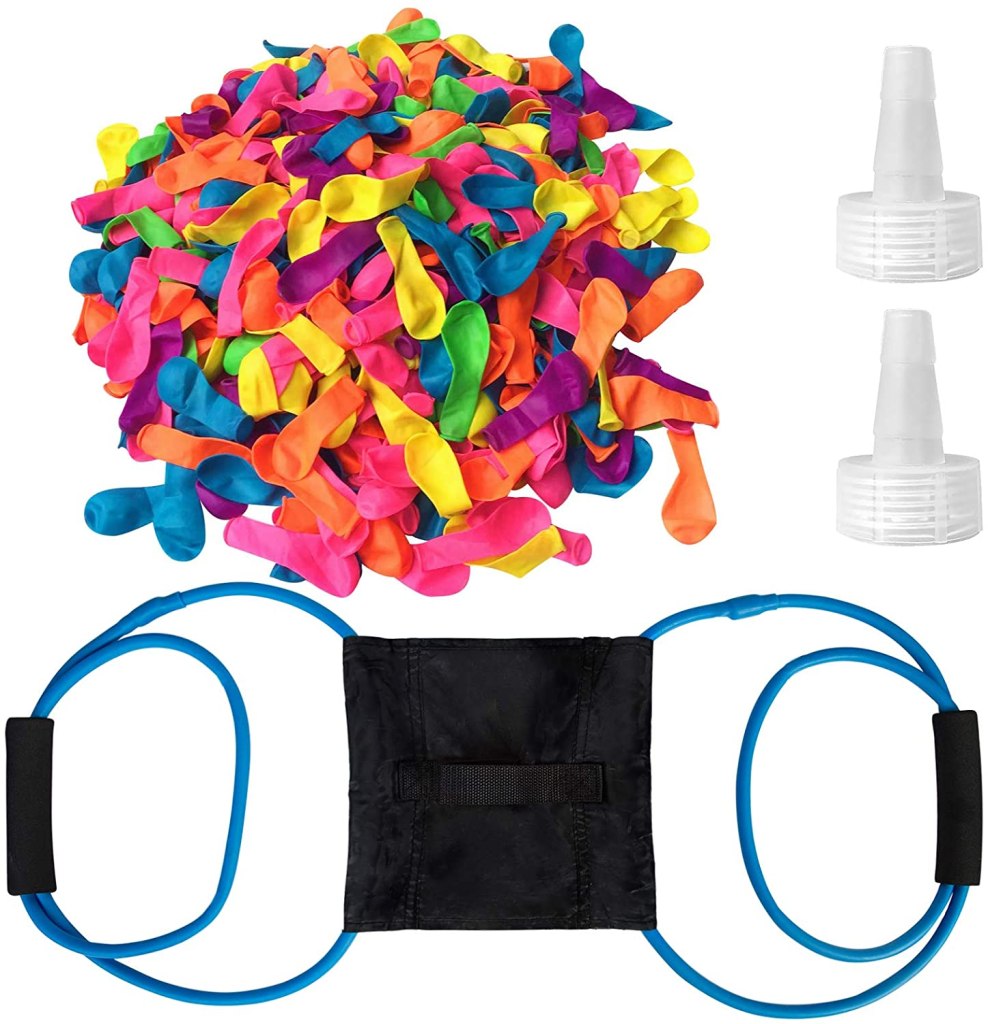 Hibery Water Balloons with a Launcher

Another Bunch O Balloons option comes in the form of a slingshot. This slingshot allows you to blast water balloons up to 100 ft in the air. The slingshot includes 100 self-sealing balloons of various colors. Balloons within the kit are biodegradable and are sure to hit your target. 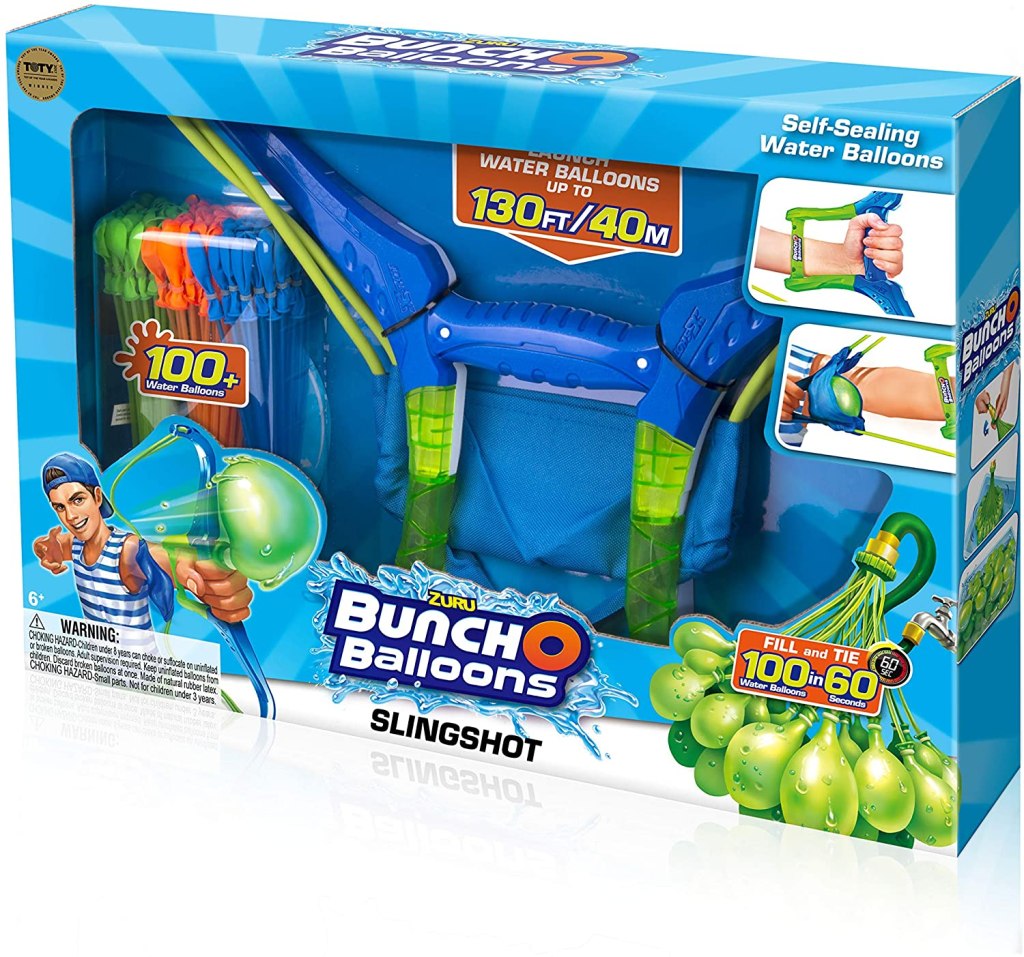 This option from the YouTube phenomenon Ryan’s World is the perfect option for a family fun day. This game works by strapping a helmet to your head that features a cord for you to attach a water balloon. Your goal is to try and land the balloon into the helmet container without it popping. Essentially, it’s a game of ball in a cup but with water balloons as the ball and your head as the cup. 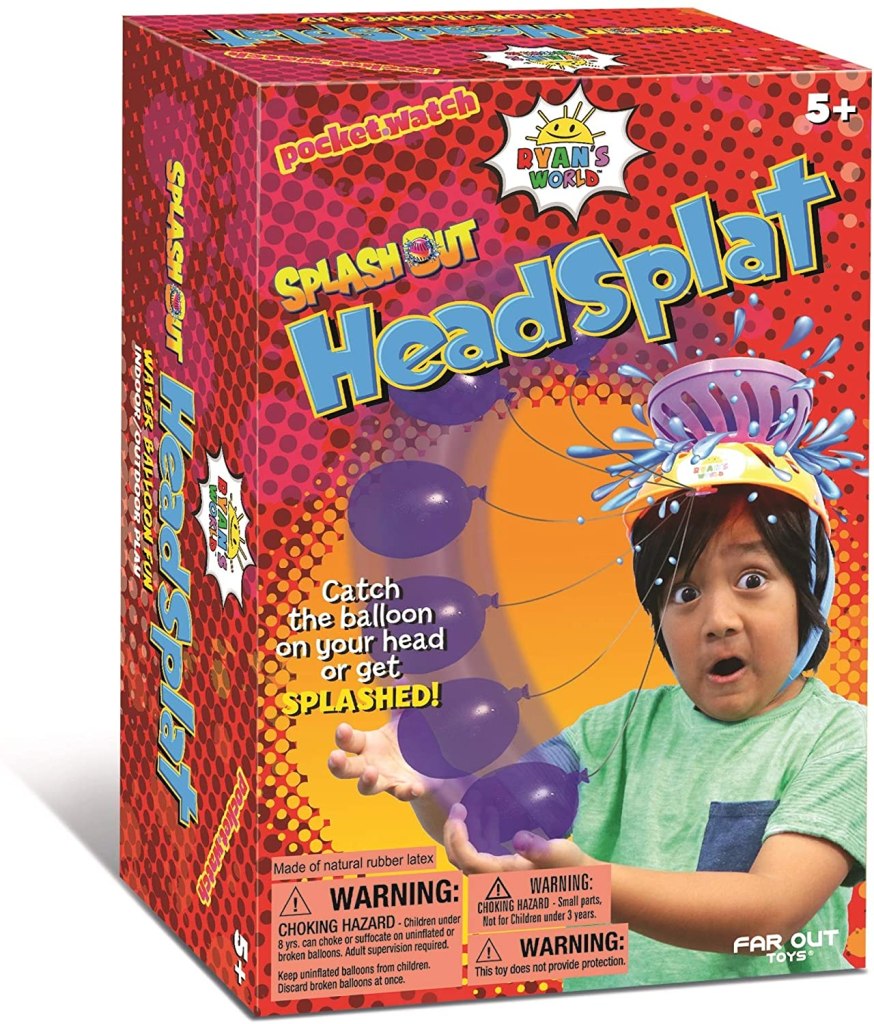 This toss game adds a scoring incentive to water balloon game day. It features four holes that have point denominations over them that make it easy to know how many points a person scores while playing. Also, this banner has four holes in each corner for easy assembling and shooting. 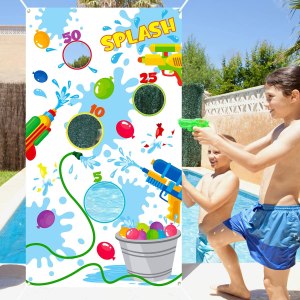 Could you handle 500 water balloons? Well, Trooer wants you to use your imagination and get throwing. These vibrant and high-quality balloons are self-tying and don’t take long to fill. In fact, it only takes 60 seconds to fill up one bunch of balloons. If you need a decent amount of balloons for an affordable price, then these balloons are for you. 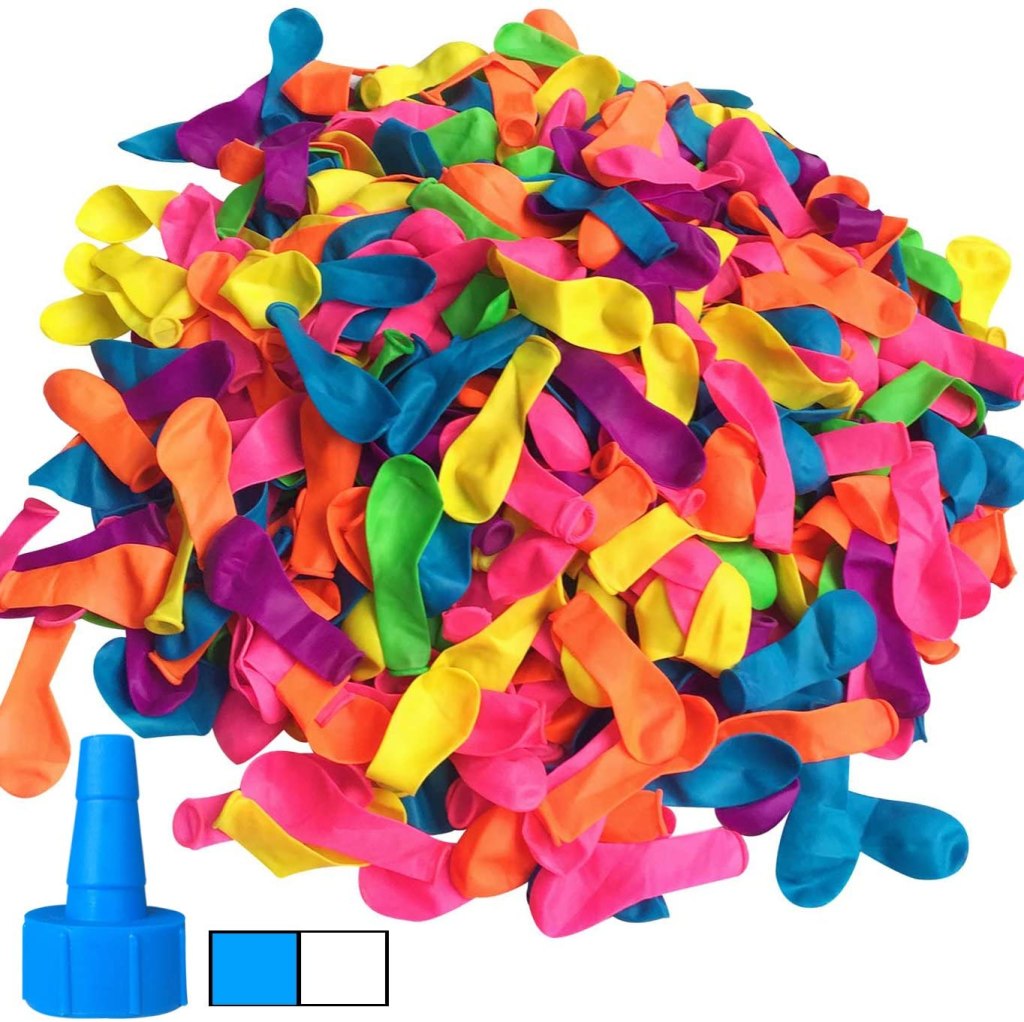 To kick your water balloon day into high gear, Ideas In Life has an efficient and quick option that will make filling balloons something you can do from just about anywhere. Simply fill the pump with water, stick on an empty balloon and squeeze! It’s that simple. It comes with 250 balloons, and it will make sure your arsenal is ready when you’re in the middle of a heated water balloon battle. 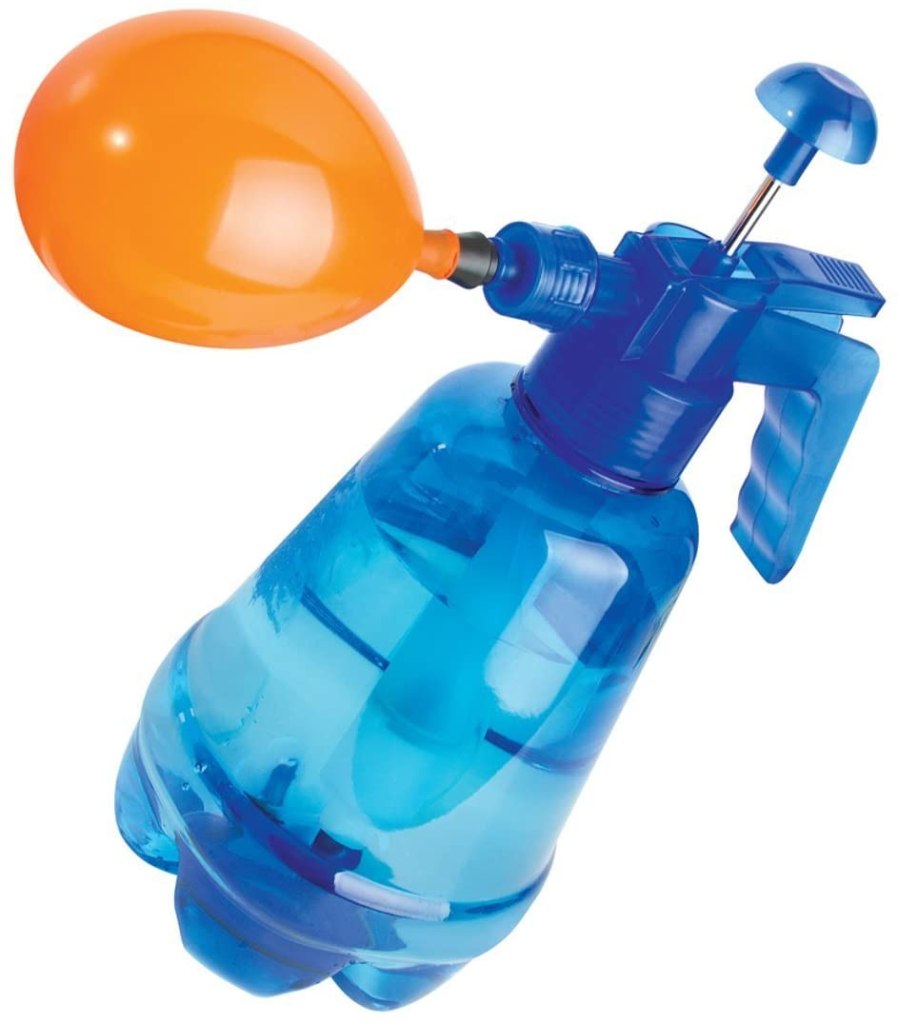 This water balloon edition of hot potato will help your summer fun get a little more competitive. The game works as a time bomb, essentially. You load the water balloon into the ball and toss it back and forth until the timer stops and the balloon pops. If you’re looking for a fun option for the entire family, Ryan’s World has you covered. 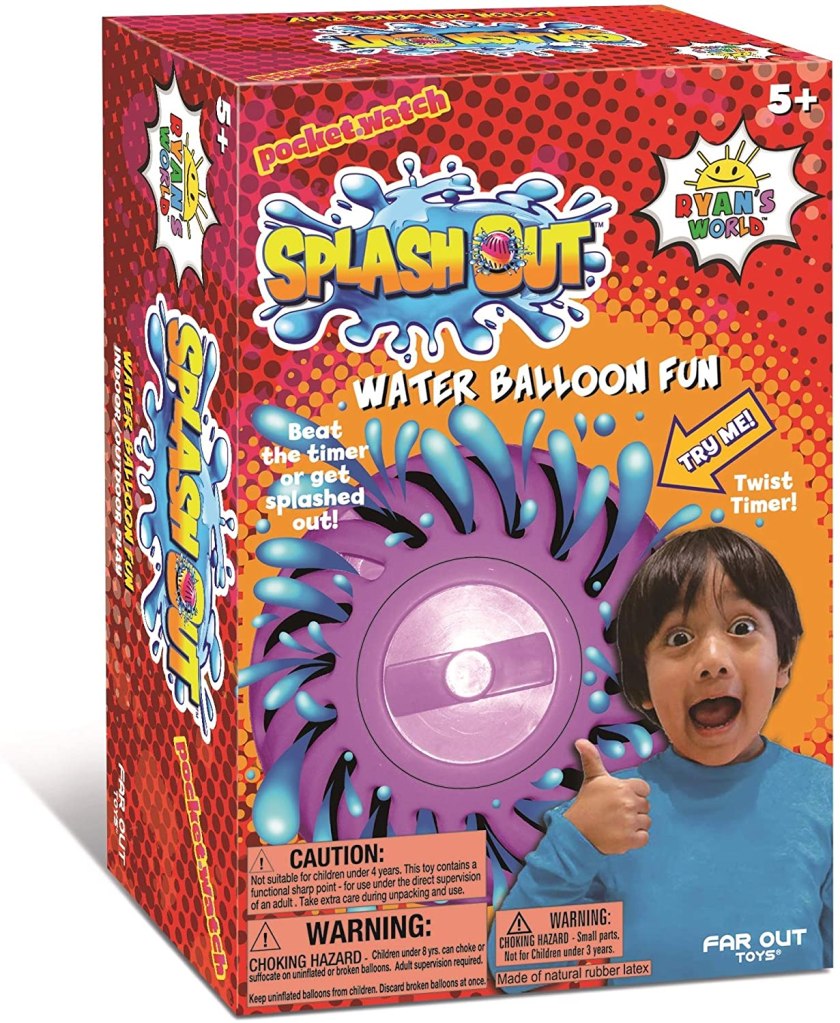 Zoom Ball created a hydro version of its popular eponymous ball that will make sure you’re cool while having fun this summer. Just put a few water balloons inside the ball and start zooming the ball. You’ll never know when the balloons will pop, which offers a surprise element, but that’s what makes this option so much fun. 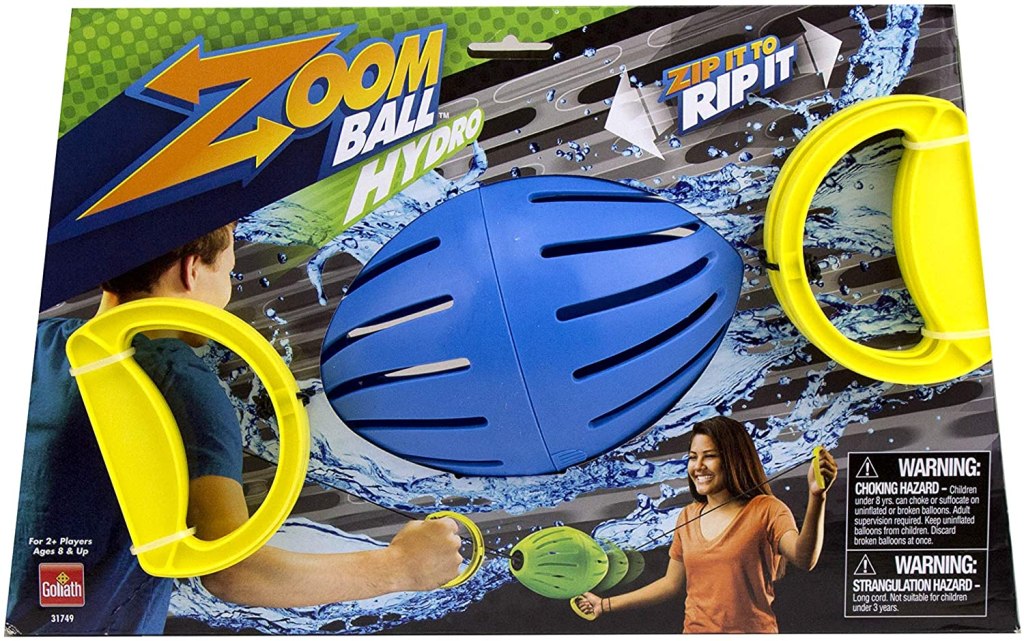 We’ve all played dodge ball before at some point in our lives, and this idea uses the same rudimentary principles as dodge ball; it just uses water balloons instead of red rubber balls. Fill up the water balloons, put them in a bucket or bin, count down to start and then blitz your opponent with a barrage of water balloons.

This idea is probably one of the most simple and easy-to-follow game ideas when it comes to water balloons. Throw full water balloons with a partner and step back further and further from each other after every successful toss. Whichever duo can successfully toss and catch their balloon the farthest apart, wins!

Pairs of people hold a water balloon between their backs and race to the finish without popping the balloon. If the balloon pops, then the team must go back and start again.

Whoever is “it” has to carry the water balloon around while they try and tag the next person. If tagged with the balloon, and it breaks, then you’re “it.”

Probably one of the most competitive yet silly games we’ve played over the years is musical chairs. The water balloon version requires you to put a filled water balloon into a chair, and when the music stops, everybody will scurry into a seat. Whoever sits on (and pops) the balloon is out!