We try to keep our content pretty apolitical here at SPY, but sometimes a man has to take a stand. And that’s why I am here to unapologetically let the world know that in this house, we stan Yumi Nu, the incredibly attractive new model on the cover of the Sports Illustrated Swimsuit Edition.

Ever since Nu’s cover photo was revealed, the model has been breaking the internet and melting brains. Unlike most models, Nu isn’t skinny, and that’s been really triggering for a lot of people.

Considering the magazine’s weakened cultural influence, Sports Illustrated has certainly succeeded in getting people to care about the Swimsuit Edition again.

Sorry. Not beautiful. And no amount of authoritarian tolerance is going to change that. https://t.co/rOASeeQvee

This is bullshit, obviously. (“Authoritarian tolerance” is the kind of phrase that sounds intellectual but is really just straight-up nonsense.) For the guys raging against Nu online, I have to wonder if their anger is based on the realization that women like Nu now have more capital in the sexual marketplace than your average heterosexual man.

These types of reactions do provide an important insight into the male psyche. I’ve dated and loved women with a variety of body shapes and weights in my life, and I made an interesting discovery as a young man who was attracted to curvy women.

For any guys that are still trapped in this prison, it’s not too late to escape. When you do, you might just find that the world around you is full of beautiful women with big naturals.

Look, anyone with eyes can see that Yumi Nu is phenomenally attractive. If you’re not personally attracted to big beautiful curvy women, then I feel sorry for you. 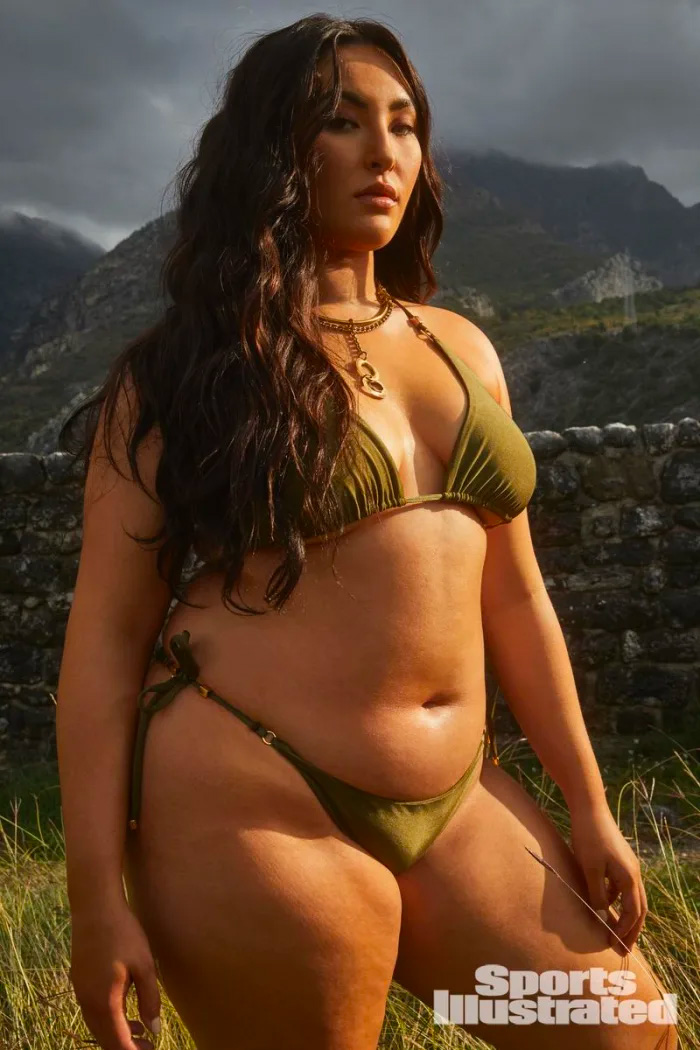 What part of her healthy body, hourglass frame, perfect skin, symmetrical face, and feminine assets do you find lacking? Skinny isn’t the only way to be beautiful, and plenty of men and women appreciate full busts and rear ends.

Frankly, I’m glad the giant fake boobs and dyed blonde hair of the 90s have started to fade away (and I say that with all due respect to the models of that generation). I also think back to my puberty years in the aughts, when anorexic-skinny models were held up as the feminine ideal, to disastrous effect. These beauty norms have caused a lot of pain and suffering, and in that sense, thick thighs really can save lives.