There’s a new kid on the streaming block, and it goes by the name Quibi. The latest platform to join the crowded streaming market aims to be a little different, but what is Quibi? As more folks search for the best alternatives to cable TV, the streaming industry is growing at rapid speeds. Just last fall, Disney+ and Apple TV+ entered the race ignited by Netflix, Hulu and Amazon Prime a few years ago — and 2020 will see several new players, including the Warner Bros-led HBO Max and the NBC/Universal streamer, Peacock. But unlike many of the old Hollywood studios headed to streaming, Quibi doesn’t have an entire library of classic films and television shows to fill its catalog. They have to build from the ground up, and the “start-up” is sparing no expense.

Within the first year alone, Quibi is shelling out $1.5 billion to produce high-quality original content, and they’re investing in a lot of star power to attract customers. But what really sets Quibi apart from Disney+ or Netflix is that you won’t stream their content on your TV — everything produced for the video company is meant for mobile-consumption. The content is produced, filmed and edited to be displayed on your phone. And that means viewers will be able to watch the shows in either a vertical or horizontal format.

Quibi is setting out to create engaging bite-size content, equal in production value to the big-time streamers, but at a fraction of the runtime. The average Quibi original will last no longer than 10 minutes. You probably spent more time on your hair this morning than it takes to finish one Quibi episode, but that’s the point. The company is setting out to raise the bar on short-form storytelling, popularized on social media apps such as Tik Tok or Instagram, only they’re upping the production value by a couple of notches.

In short, they’re making content ideal for a busy millennial on-the-go, so let’s break down everything – from the Quibi release date to pricing and even some of the content offerings.

How Much Does Quibi Cost?

Quibi will cost $4.99/month with ads and $7.99/month without ads. Compared to the competition, Quibi’s ad-free subscription is $1 more than Disney+ and $3 more than Apple TV+ (which both run ad-free). However, Quibi’s $7.99 price tag falls just below Netflix’s most basic package, which starts at $8.99/month.

In the world of free trials, Quibi reigns supreme. The new streamer is arriving hot out of the gate, offering a free 90-day trial period for first-time customers. That gives consumers three whole months to get hooked on Quibi’s offerings. For comparison, Netflix, Amazon Prime, YouTube Premium and Hulu offer a free 30-day trial, whereas Disney+, Apple TV+ and HBO Now only offer a 7-day free trial. 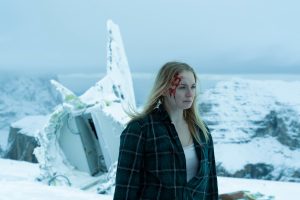 On launch day, the short-form content platform is prepared to roll out 50 brand new movies and shows. But that’s not all, within the first year, the streamer is set to unleash more than 175 original series, tallying up 8,500 new episodes. The company plans to push out to three hours of fresh, original content every day. Each piece of content will range anywhere between 4-10 minutes in length and fall under one of three categories.

Viewers will experience feature-length stories presented in a number of bite-sized installments. Highlights include:

In addition to snack-size movie offerings, perfect for a break at work or subway ride, the Quibi launch day lineup includes a number of series, ranging from scripted comedies to unscripted docuseries:

Lastly, the Daily Essentials will cover all of your newsy and lifestyle needs: 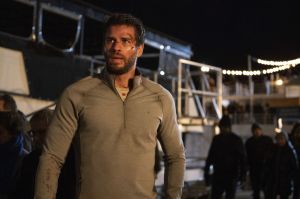 The Quibi release date is officially set for April 6, 2020. The early spring release comes just several weeks before the Warner Bros. streaming platform, HBO Max, is expected to drop. The iconic Hollywood studio is working to bring a Friends reunion to the streamer, in addition to many other projects. The NBC/Universal streaming platform, Peacock, is also expected to release in the coming months, with an anticipated release date of July 15, 2020.

Disney+ Is Now Live: Everything You Need to Know About Disney’s New Streaming Service