Out of nowhere, it would seem, hundreds of news outlets are talking about the graphic novel Maus. But why?

On January 10, The McMinn County Board of Education in Tennessee voted 10-0 to remove Maus from its eighth-grade English curriculum. Maus is a Pulitzer Prize-winning graphic novel by author Art Spiegelman. The novel depicts Spiegelman’s father recounting his time surviving the Holocaust, and according to the McMinn County Board of Education, the book uses “some rough, objectionable language”.

That it’s impossible to teach the Holocaust without using “rough, objectionable language” should be obvious to anyone who has been taught about the Holocaust.

The board ultimately decided to ban the book for 8th-grade students due to the use of graphic language and an image of a naked woman in the story. For reference, the nude image appears in a section about the author’s mother committing suicide, and you can see the offending images below. 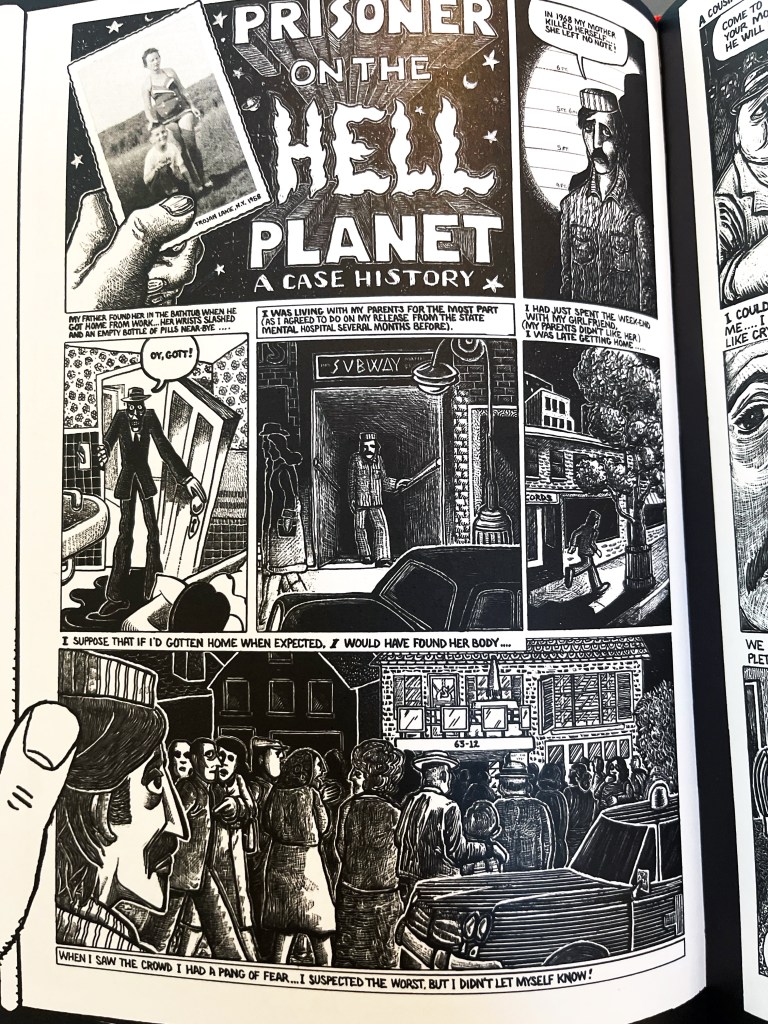 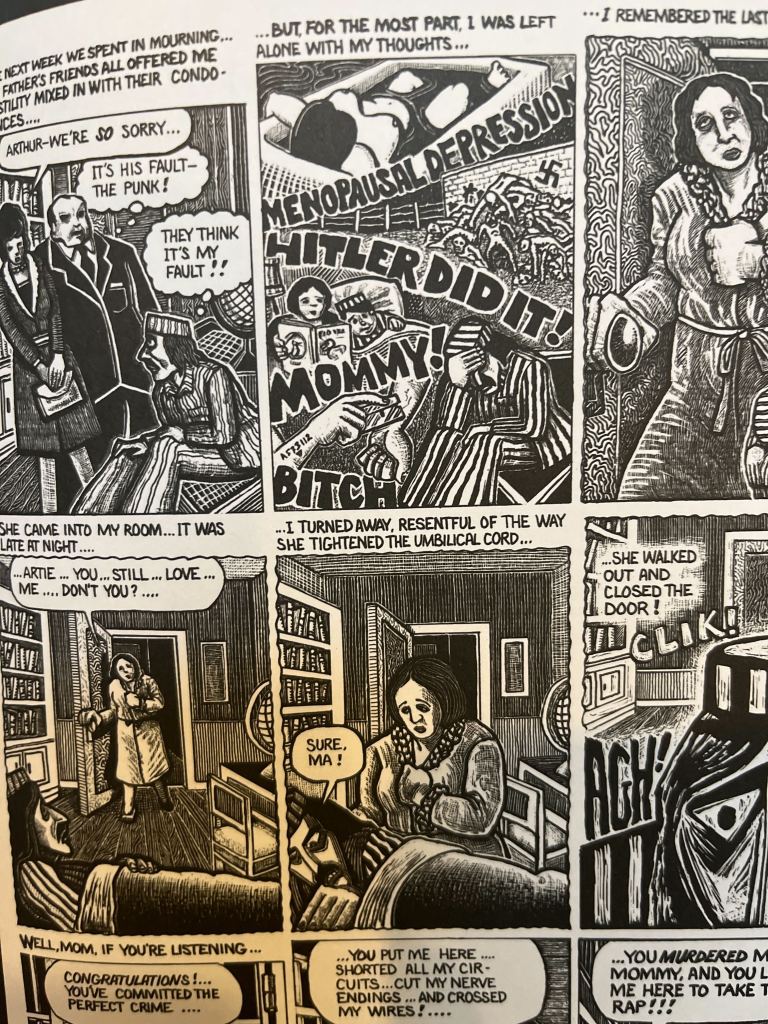 Some outlets, including Vanity Fair, have reported that the board objected to a naked drawing of a mouse, but based on the meeting minutes, we believe that’s inaccurate. For those unfamiliar with the book, Spiegelman uses anthropomorphized mice, pigs and cats to represent the Jews, Polish citizens and Nazis respectively.

1/ Maus has played a vital role in educating about the Holocaust through sharing detailed and personal experiences of victims and survivors. On the eve of International #HolocaustRemembranceDay, it is more important than ever for students to learn this history.

For his part, Spiegelman seems more baffled by the sudden decision than upset. Speaking to CNN, the author said, “I moved past total bafflement to try to be tolerant of people who may possibly not be Nazis, maybe,” he said.

Was the decision to remove the book based on anti-semitism? Spiegelman said that based on the meeting minutes from the school board meeting, it does not seem that the book was banned because he’s Jewish, but instead the board felt the use of words like “damn” and the unclothed woman was inappropriate for the students.

“I think they’re so myopic in their focus and they’re so afraid of what’s implied and having to defend the decision to teach ‘Maus’ as part of the curriculum that it lead [sic] to this kind of daffily myopic response,” he said.

We should be clear that the book Maus has not been banned in any meaningful sense; it’s simply been removed from the curriculum of McMinn County’s eighth-grade classes.

To put this into context, the McMinn County had a population of 53,276 people, according to the 2020 U.S. Census. For as long as there have been school boards, there have been parochial parents and school board members banning books for absurd reasons.

Where Can You Buy Maus?

While the book may no longer be taught to eighth-grade students in the McMinn County school system, it is still very much available for purchase online. Anyone can grab a copy at Amazon or Bookshop.org, though it’s on backorder at the moment. 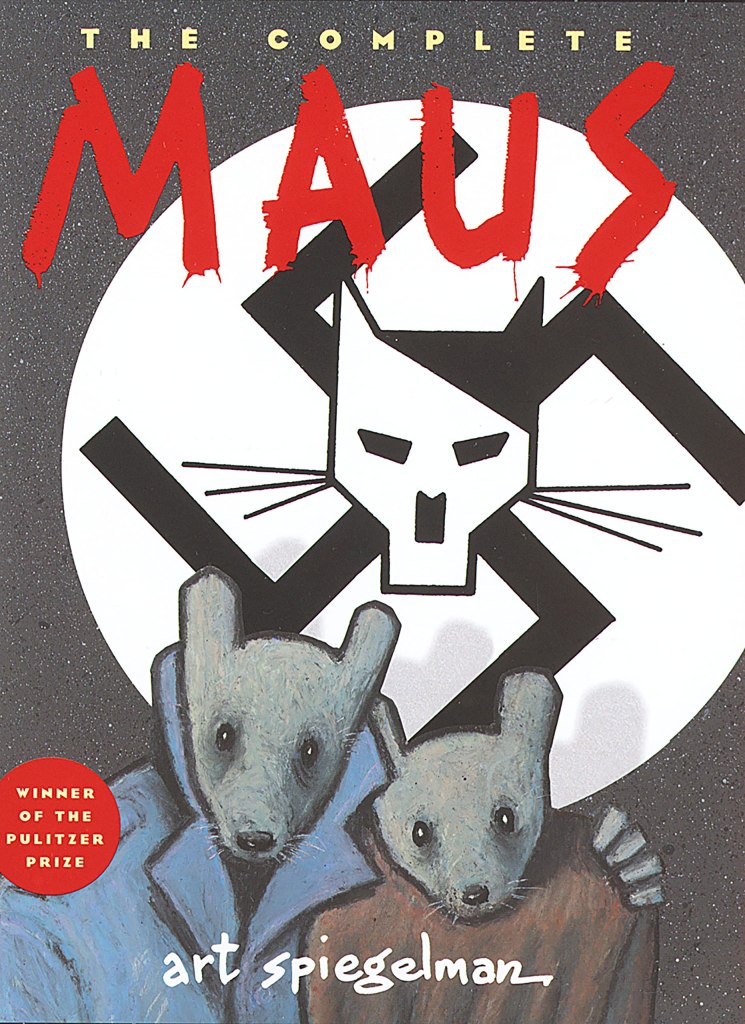 What Is Maus About?

The book is by no means an easy read, especially thanks to Spiegelman’s use of black ink and his employment of harsh jagged lines. He does not hold back as he depicts famine, death and the brutality that his father and his fellow captives endured through their experiences.

Published as a complete set in 1991, the graphic novel would go on to be the first and only graphic novel to win a Pulitzer Prize a year later.

What Is Everyone Saying?

As can be expected when a book (especially one that has been around for so long) suddenly gets banned, there are a lot of thoughts from a lot of different perspectives. We saw a similar controversy when a library announced that it would ban Dr. Seuss books last year.

There's only one kind of people who would vote to ban Maus, whatever they are calling themselves these days. https://t.co/fs1Jl62Qd8

And from the board meeting notes, board member Tony Allman was quoted saying: “It shows people hanging, it shows them killing kids, why does the educational system promote this kind of stuff, it is not wise or healthy.”

Why You Should Buy Maus

Banning a book like this does absolutely nothing good. This book isn’t just about one man’s story of surviving a concentration camp, it’s about the experience as a whole and how it affects generations of people. Maus tackles trauma and generational trauma head-on and depicts them with raw honesty. There is no happy ending here.

Having read the book several times myself, I can tell you that it is no comforting, cozy read. It’s dark and it’s harsh because the reality of the situation was dark, harsh and hellish. If you feel a certain way about what is or isn’t acceptable for school kids, I encourage you to read the book yourself. The reality of the Holocaust is far from pretty, but it’s an important story for everyone to learn.