It’s official: the 2021 awards season is here, and it’s sure to be a weird one. After the strange year the entertainment industry had in 2020— filled with release postponements, movie sets being shut down and Netflix TV series going viral — who knows what’s going to happen. The Golden Globes, the first major televised awards show of the season, is happening this Sunday, February 28th at 8pm E.T and 5pm P.T on NBC. Here’s how to watch it. 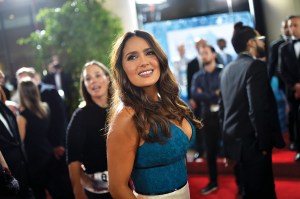 Despite how you feel about the Golden Globes and the current state of the Hollywood Foreign Press Association, Sunday night is sure to be one-of-a-kind. It’s going to be a virtual ceremony, hosted by Tina Fey and Amy Poehler. If there’s anyone who can turn a strange ceremony lacking in the usual booze-filled celebrity shenanigans into memorable, light-hearted, on-the-nose reparté about the current moment it’s those two.

If you’ve got cable, you can tune into NBC or NBC’s website with a TV-provider login at 8 pm E.T to catch the action. If you’re a cord-cutter, there are a few options for catching the kickoff to awards season.

The Roku Channel will stream the event for free. They also offer premium subscriptions with fewer commercials and expanded access to other programs.

Hulu with Live TV can be added to any current Hulu subscription for $64.99/month, and comes with the ability to watch NBC anytime. With this option you can watch live and on-demand TV from 65+ sports and news channels including NBC.

YouTube TV offers a similar service with 85+ channels for $64.99/month. You can stream NBC at any time on this service, as well as other popular news and sports channels like ABC, CBS, FOX and ESPN.

You can also watch the show on AT&T TV, Sling TV and Fubo TV if none of the ones above suit you and your streaming needs.

FAQ: Paramount Plus Is the Latest Streaming Service, But Do You Really Need It?