Well, it’s official. As of Friday, February 11, Wordle has officially migrated to The New York Times, for better or worse.

By now, you’ve probably heard of Wordle, the once-daily word game that’s gone viral in a big, big way. The problem? You can only play Wordle once per day, and even if that’s exactly the reason the game has become so popular in the first place, you may still be in the mood for more puzzles. To help you out, we’ve gathered eight worthwhile Wordle alternatives. So the next time you’ve solved the word of the day and need a new challenge, try one of the fun Wordle alternatives below.

Worlde is a simple word guessing game. Players have to guess a different five-letter word each day, and they have six guesses. As you guess, letters that appear in the word are highlighted in green or yellow, and players have to rely on a combination of luck, process of elimination, and their own vocabulary knowledge to solve the puzzle.

Wordle was born in 2021 as a gesture of love between a software engineer, Josh Wardle (yes, that’s really his name), and his partner, who loves games. Wardle told The New York Times that after sharing the game with his family group chat, they quickly became obsessed. After releasing it to the world in October, it garnered hundreds of thousands of loyal players in just a few months.

On January 31, The New York Times Company purchased Wordle. The exact purchase amount wasn’t disclosed, but the Times said it was ” in the low seven figures”. As of February 11, Wordle players are now redirected to The New York Times, which offers a subscription for popular games such as the daily crossword and Spelling Bee.  Don’t worry, the game will still be free to new and existing players, at least, for the time being.

Just how popular is Wordle? Google recently celebrated the game with its own Google Doodle: 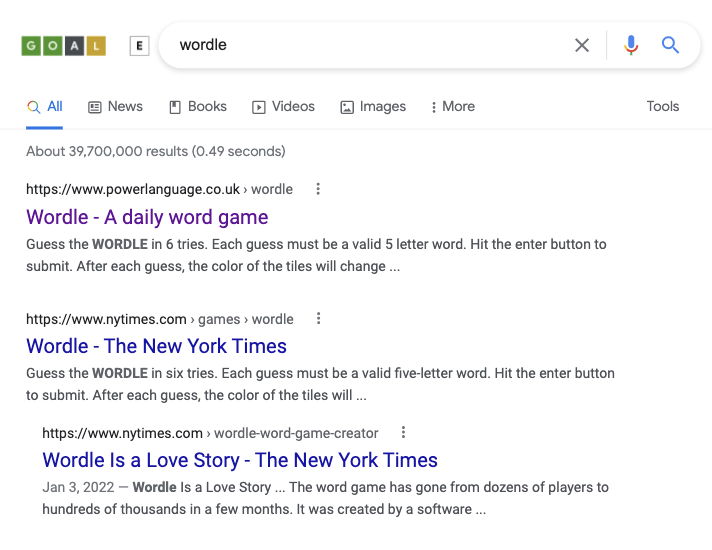 How Do You Play Wordle?

Wordle is not currently available as an app, but rather a website you can log onto from any browser on your phone, tablet or computer. You have to guess a five-letter word in six tries or fewer, and with each guess, the game gives you hints about which letters are correct, and if they’re in the correct spots. It’s an incredibly simple game with only two basic rules:

And that’s it! There’s only one puzzle a day, and it’s refreshed at midnight EST.

After the viral success of Wordle, a lot of copycats have come onto the scene. The quality of these dupes varies, but some of them can be an entertaining diversion. We’ve included a few of these Wordle alternatives below, along with the best apps, games and word puzzles to play after you finish your daily Wordle.

If you’re a word nerd and you’ve never played the mini crossword from the New York Times, then you’re missing out. Not to worry — it’s way easier than the regular-sized crossword the publication puts out on a daily basis, and it can be completed in a minute or so, if not faster. It’s similar to Wordle in that you’re guessing short words, less than five letters long for the most part. You can also select the “Autocheck” feature that checks the words as you go, giving you similar assistance to Wordle. It’s also free for users without an NYTimes Gaming subscription.

However, if you really love Worlde, then we would recommend signing up for a gaming subscription, and not just because the Times now owns Wordle. In addition to the crossword, a gaming subscription gives you access to Spelling Bee, a word guessing game that we think Wordle fans will appreciate. A subscription costs $1.25/week or $40/year. 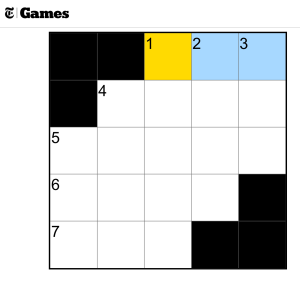 2. Wordle in Other Languages

If you’re bilingual or are learning another language and looking to practice your vocabulary, then you should know that Wordle is available in plenty of languages besides English. You can now find similar daily word puzzles in French, Spanish, Italian, German and Japanese. 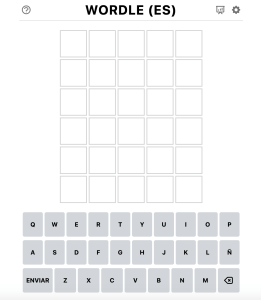 This game takes Wordle to the next level. It has a similar premise, except each time you guess a word the game changes the target word slightly. You have unlimited guesses, and you can win, it’s just much, much more difficult. Rather than one target word that’s established at the beginning, you’re trying to hit a moving target. Good luck! 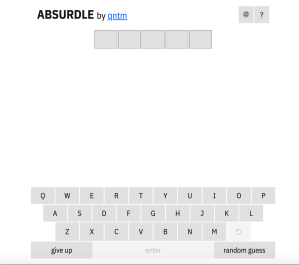 Nerdle is also very similar to Wordle, except you’re trying to guess a math equation instead of a word. We know that this probably sounds dreadful to English majors, but some players are sure to love it. Who knows, if you’re mathematically inclined, solving puzzles with numbers instead of letters might be more your speed. Nerd on. 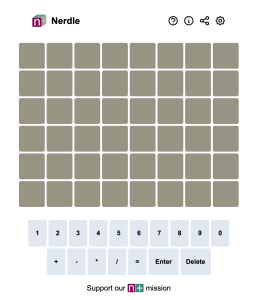 This game doesn’t follow the same format as Wordle, but it is a word guessing game where four pictures serve as your hint, as opposed to indicators from previous guesses. With each puzzle, you’re served four pictures that all have one word in common, and it’s up to you to guess what it is. This game is for our visual learners, so if you usually write out your Wordle guess on a sheet of paper before entering it in, try 4 Pics 1 Word as your next Wordle alternative. 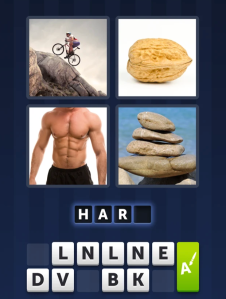 We’re taking it back to the schoolyard with this pick. Many people have compared Wordle to everyone’s favorite childhood word game: Hangman. This Hangman app givves you a set number of slots for letters and a set number of guesses. The fundamental principles are similar to Wordle, but Hangman has a macabre premise. Nevertheless, if you’re interested in the best Wordle alternatives, this one is solid. 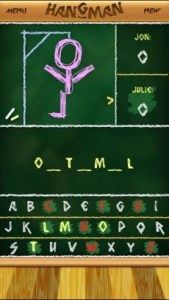 Play Hangman on the App Store

And of course, there’s the OG word puzzle game we all know and love. Scrabble is still around, and it’s still great, and you can play on your phone just as easily as you can play Wordle. This Scrabble GO digital variation is designed to bring you the authentic game board experience, with tiles, the Scrabble dictionary and points, all in a mobile app. You can duel with others, play in “Rush” mode where your only enemy is yourself, and even play in Tumbler mode where you’re up against the clock. Scrabble walked so Wordle could run, and we’re betting it’ll be here long after the trendy word game fizzles out. 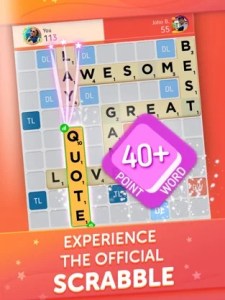 Play Scrabble on the App Store

Finally, if your thirst for word games still hasn’t been quenched, then we recommend ordering a physical Scrabble board. You’ll need friends to play it with, but this competitive word game will help you sharpen your skills for success in future Wordle puzzles. You can order the classic version of this board game for under $20. 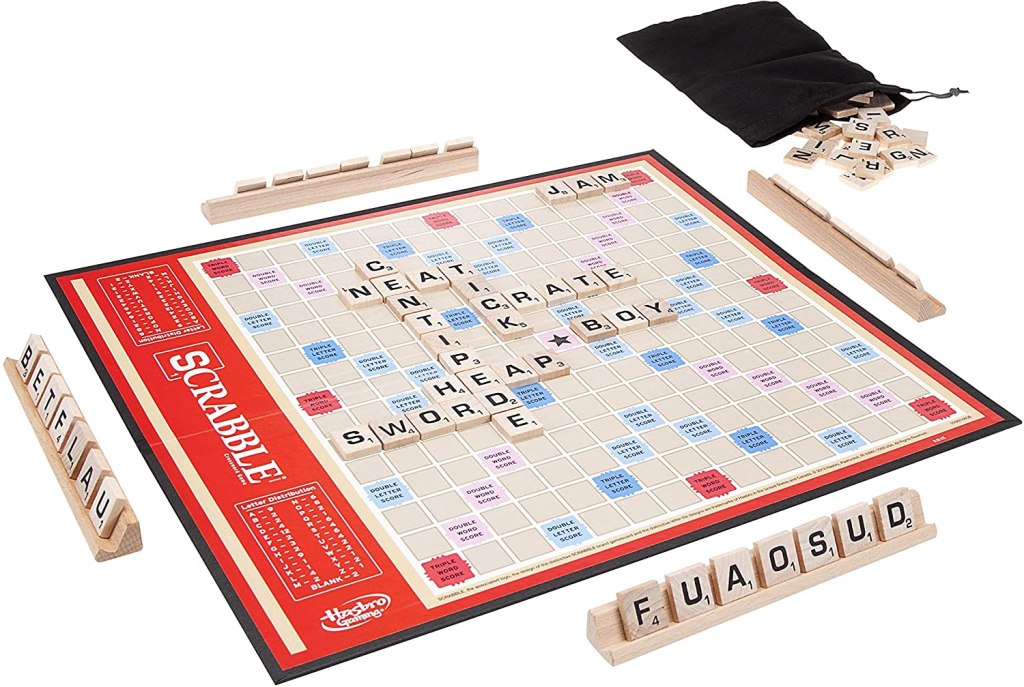 The 29 Best Adult Games for Your Next Game Night