For many spirits, age is taken as a shorthand for quality. More years spent in a barrel often does translate to a better taste (and a higher price), and there are plenty of Scotches and Irish whiskeys that are old enough to be of drinking age themselves. Tequila is a little different.

Añejo, which literally translates to old, is tequila that’s aged for one to three years. And unlike most whiskey drinkers, many tequila drinkers prefer a less aged spirit, such as reposado or even blanco. That’s because the appeal of tequila is the unique agave flavor, which can get overwhelmed by the barrel flavors.

One factor in the cost of añejo is the agave itself. Agave, the base ingredient in tequila, takes on average seven years to grow. Adding even a few years of aging to that process can push the time between seed to bottle past the decade mark, which is why a tequila aged for two years will often be more expensive than a more aged whiskey.

Finding a good añejo tequila takes some work, and it goes beyond just looking at the age statement. If you’re fairly new to tequila, añejo can actually be a decent place to start, even though it tends to be more expensive. That’s because añejo tequilas are aged in oak barrels, which are in fact often used bourbon barrels. This gives añejo tequilas a woody flavor that will be familiar and comforting to regular whiskey drinkers.

We’ve rounded up some good añejo tequilas, plus extra añejo options (which are aged for more than three years). All of these options are available on Minibar or Drizly, although availability may vary based on your location.

El Tesoro’s Añejo is a Double Gold winning tequila from the International Spirits Challenge 2020, but one of the biggest things to love about El Tesoro is that they keep it in the family. The company is run by the founder’s grandson, while his sister is the director of operations. El Tesoro’s añejo has a bold agave flavor with a sweeter vanilla aroma and flavor. 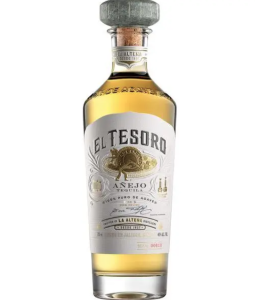 Espolòn brings its characteristically bold flavor to this añejo, with oak and spice flavors. Espolòn’s Añejo is aged in used American white oak bourbon barrels, making this a great tequila for bourbon drinkers. At roughly $30 a bottle, this is one of the best values for an añejo. 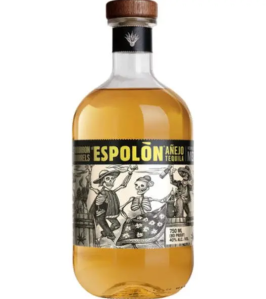 Looking for an añejo for a special occasion (or a special someone)? Fortaleza Añejo Tequila is a premium offering from a family-run estate, made with exacting and painstaking care. It offers a balance of oak and agave, allowing the barrel flavors to shine without overshadowing the agave flavor. 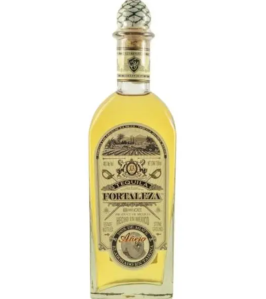 The branding may be cheeky, but the tequila is serious. It’s double-distilled and then aged in charred American White Oak whiskey barrels for eight years. The result is an oaky vanilla flavor that still has plenty of agave flavor for the die-hard tequila fans. 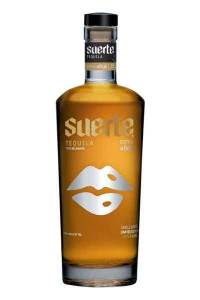 Herradura’s horseshoe design begs for this bottle to be consumed while sitting on a porch wearing blue jeans and cowboy boots. But the couch will do too. This smooth tequila is a not-too-expensive entry into the world of añejos, and it has a slightly sweet vanilla taste. 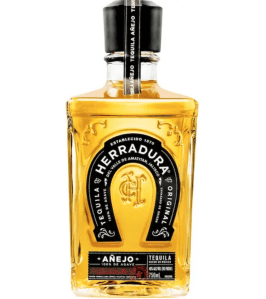 Patrón is one of the most famous tequila brands in the world and deserves credit for introducing the wider American market to tequila as something to actually savor. Patrón Añejo retains an agave flavor with oak and vanilla as well. It may not have the most distinct flavor, but it’s a great option to suit a variety of palettes. 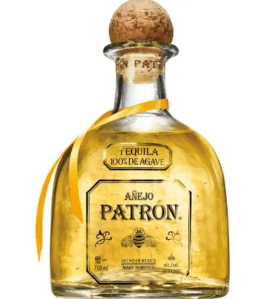 Solento was launched in 2019, and their añejo tequila was aged for 18 months, meaning they pretty much had to hit the ground running. Solento focuses on using organic ingredients, and as our review described, this añejo has “butterscotch, toffee, and dark chocolate on the palate, and has a lingering vanilla pudding finish.” 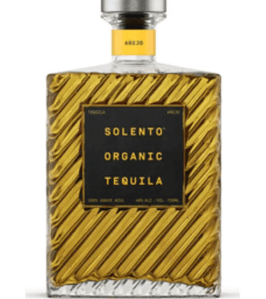 Yup, the George Clooney tequila. Casamigos was founded before the big celebrity tequila boom, and it’s been around long enough to prove its staying power. The nearly billion-dollar sale to Diageo is another vote of confidence, too. If you’ve got a bit of a sweet tooth, you won’t mind the caramel and vanilla flavors from this añejo tequila. 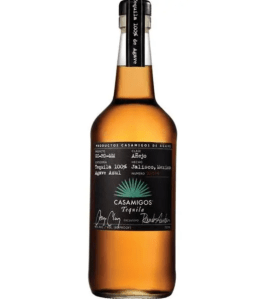