There’s nothing quite like a cold beer on a hot day. The problem is that beer never stays cold as long as you want it to. By the time you’re about halfway through, you’re dealing with lukewarm beer that’s been warmed up by your hand. Sure, you can pop it back in the fridge, but then you’re sitting there, beerless. And that’s not to mention those times where you just forgot to put a few bottles in the fridge in the first place. But before you commit to drinking your beer really fast, giving up and accepting your fate, or committing the unspeakable sin of pouring your beer over ice, consider a beer chiller.

Beer chillers are stainless steel rods filled with a thermal coolant gel. Simply freeze the rod for 45 minutes, then drop it in the neck of any standard 12-ounce beer bottle. The top of the rod has an opening to drink from, so it won’t be a hassle to take it out. This simple but genius innovation was produced by Corkcicle. Corkcicle has consistently innovated in the drinkware world, including tumblers that hold cigars and insulated wine glasses. Their beer chiller is called the Chillsner, and it’s featured on the list below. But we’ve also included options by a few other brands, including gift sets and options that come with bottle openers. These are the beer chillers to get as a gift or for yourself.

This option would make a great Father’s Day or birthday gift — each chiller is printed with the words “World’s Coolest Dad.” It’s a sweet sentiment, and a clever one, considering the function of the chiller. The order consists of two bottle chillers, and they’re packaged in a branded box.

Pros: Includes two chillers. A good gift idea for fathers, as it says “World’s Coolest Dad” on each chiller. 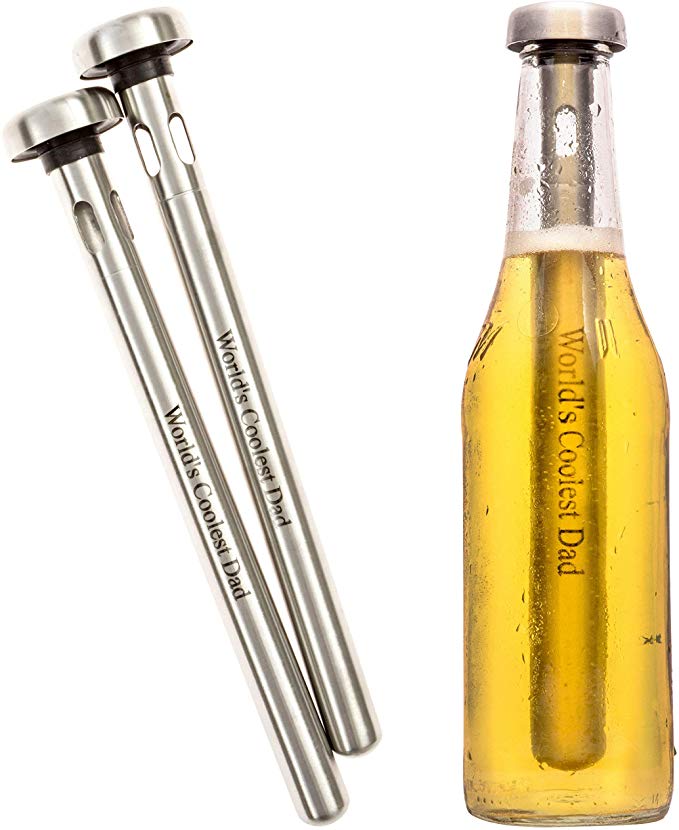 This option includes two beer chiller sticks and a bottle opener. The chillers and bottle opener come in a sleek, giftable box with designated slots for the chillers. The chillers are BPA free, FDA approved, and dishwasher safe. Plus, they’re made out of durable stainless steel.

Cons: More expensive than some of the other options. 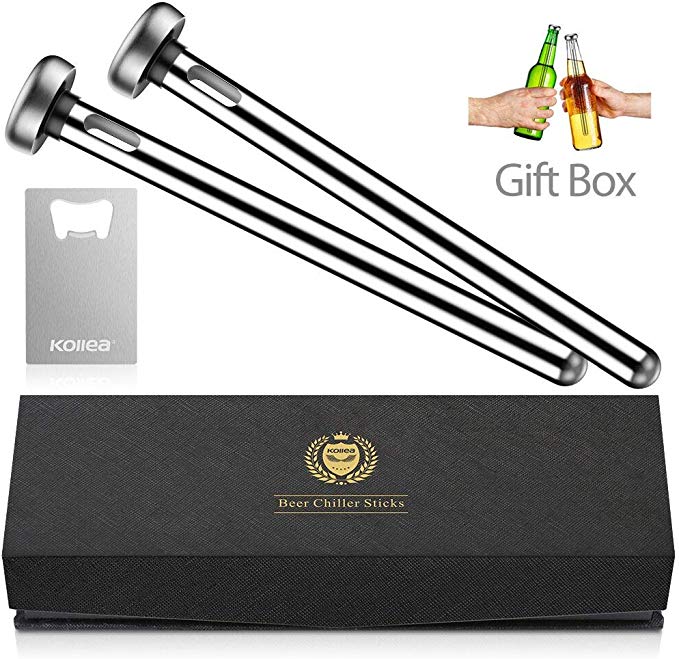 These beer chillers feature many of the same standard details as the other picks — there’s a silicone ring that helps form a seal, multiple holes to ensure steady flow, and a rounded edge for comfortable drinking. Where this one really stands out is the bonus accessory. It’s a clever credit card-sized multitool that combines a ruler, wrench, saw blade, and knife edge. And of course, it also works as a bottle opener.

Cons: May not be ideal for smaller bottles. 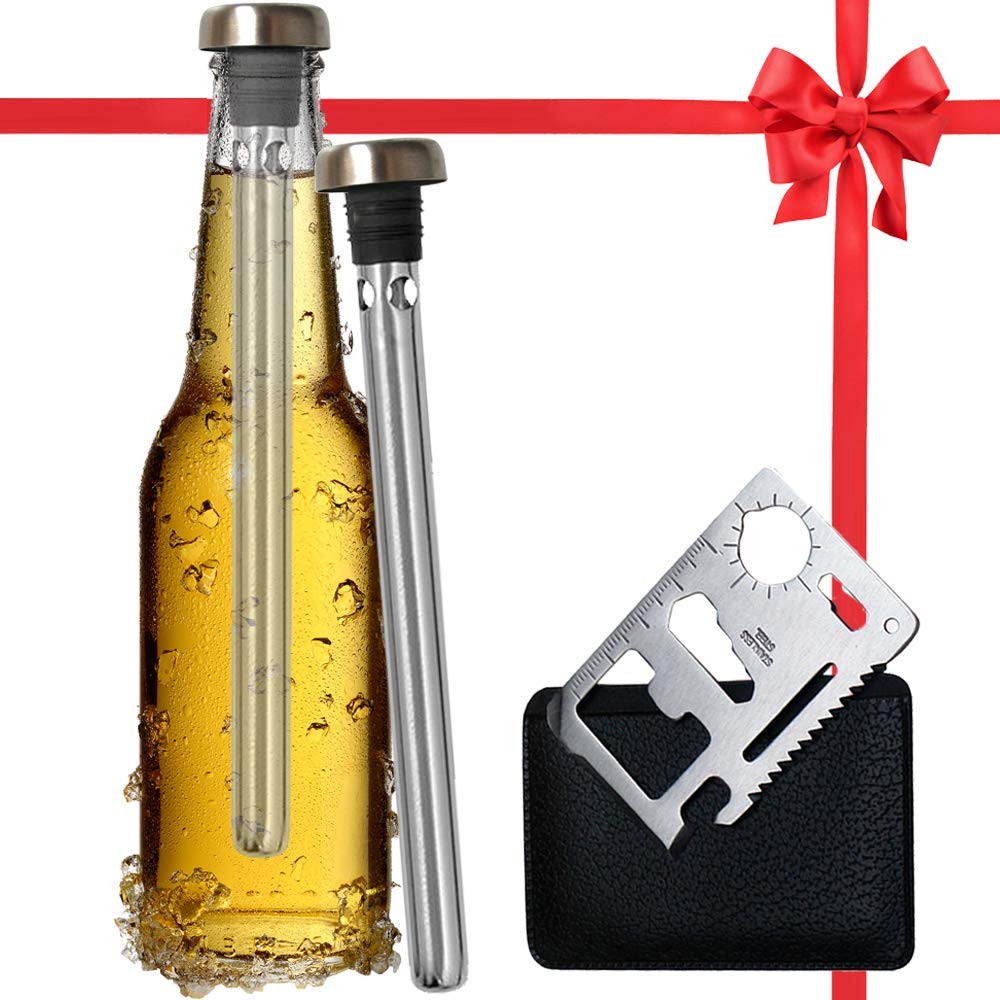