Now that spring is here, it’s time to soak up some vitamin D and suck down a few colds ones. And the best part about drinking beers in the spring is that it’s not quite hot enough where you can still enjoy a stronger IPA, but on particularly nice days, you can break out the light beers and have a few with your friends. The shifting weather provides a great opportunity to drink a wide variety of beers throughout the season.

What are the top 10 beers we are drinking this spring? Our list includes:

To be completely honest, answering the “best beer” question is a difficult one. There are literally thousands of beers to choose from and so many that are worthy of being recognized as one of the best beers in 2022. But who are we kidding, drinking beer for work is pretty awesome, right?

Here are our recommendations for 10 of our favorite beers so far this year.

Not only is this one of the strongest beers around, but it is also one of the most delicious and drinkable IPAs. So much so that it’s won several tasting competitions including the Alpha King Championship. It’s citrusy, yet has minimal bite considering it’s a double IPA. Nicknamed “two by floor,” if you have two or more of these, your butt may end up on the floor. But it’s hard to resist considering how damn delicious these beers are. 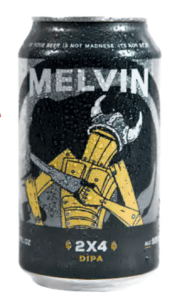 Initially, grapefruit and IPA doesn’t sound like they would go together — a little too sour and bitter. But that couldn’t be further from the truth. The grapefruit actually curbs the bitterness of the hops. The aroma is fruity with a hint of lemon and it’s an incredibly smooth and flavorful IPA without dipping into the “hazy” category. The complex and delicious tasting palette is why it’s one of the best beers to drink this spring.

Other than having one of the best and funniest names for a beer, these “Cold Snacks” are full-bodied and smooth. It’s a rich lager that’s a little heavier and more flavorful of the likes of a PRB or Miller Lite and almost teeters into the amber beer category. But, it’s light enough to drink several of and not feel bloated afterward. And you can pick it up in tall cans for about a buck a beer. 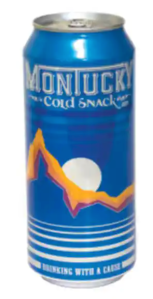 One of our favorite stouts is the Epic Brewing Big Bad Batista. It is incredibly boozy at 12.2% ABV, but with strong Mexican coffee and cacao flavors, it can serve as an after-dinner drink. It’s rich and sweet thanks to the added hints of vanilla and cinnamon and curbs your need for dessert. It’s like having an espresso after dinner, except this one gives you a different kind of pep in your step.

Need a little hair of the dog after a long night of drinking? A Bud Light Chelada is just what the doctor ordered. This bloody beer can bring you back to life with its crisp and flavorful taste. It’s a little spicy, a little limey and just boozy enough to mask that terrible hangover. But it’s not just a hangover beer. It also pairs great with seafood and Mexican dishes.

This is juice for adults. This hazy IPA is incredibly flavorful and fruity, even by hazy IPA standards, but that’s the intention. It’s purposefully only 6% ABV so you can drink several of them and not feel terrible the next day. This beer was originally only supposed to be a limited run and it flew off the shelves so quickly that they brought it back permanently. That should give you an indication of just how delicious this hazy IPA is. 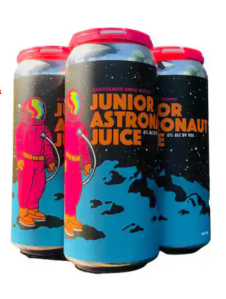 Roadhouse may be based out of Wyoming, and this may be labeled as a “mountain style” IPA, but the flavor reminds us of being on the beach with our hair down and our feet up. It’s incredibly tropical, citrusy and fruity, but has seriously hoppy bite and is boozy enough at 7.5% ABV to put you on your backside if you aren’t careful. 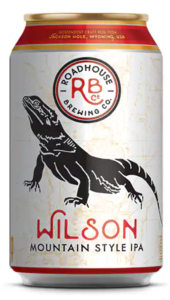 You’d think a beer labeled as “Dales” would have a simple recipe, but this Oskar Blues pale ale uses four different American hops along with a lot of European malt to get its rich, spicy and toasty flavor. It leaves a silky mouthfeel and snap of bitterness to finish. At 6.5% ABV, you start getting into “better be careful with that beer” territory, but it’s difficult because of how damn good it is. 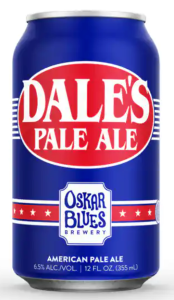 This Mexican lager is undeniably smooth, light and crisp. The brewers use a unique fermenting process to help bring out the citrusy tasting notes in the hops. Pair this beer with a lime and you have a great light lazy Sunday beer. This beer has us singing, “Teca-te’s makes me want to par-tay!” 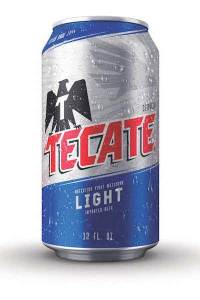 These Are the Best Beers We Want To Drink This This Season .