The best bitters are the ones that you use sparingly, where the slightest touch makes the mightiest difference to your beverage. Bitters are one of the most misunderstood and neglected cocktail ingredients out there, which has made them vastly underrated when it comes to the flavor and aroma they can add to a drink. They pack so much into one tiny package, both with the bottle and individual drops so it’s important to know what they are and how to use them before you take the plunge.

We’re here to cover the basics when it comes to this mysterious ingredient, the best brands to try and which cocktails were made for the bitter touch. You can even make your own bitters at home, a real O.G. move if you ask us, and we’ll cover that as well.

In This Piece We’re Going Over:

Bitters are neutral liquor-based flavoring agents that are used to add layers of flavor to certain cocktail recipes. They’re made by infusing an aroma-heavy ingredient like spice, herbs, roots, seeds and fruits into a spirit that otherwise has very little taste. Contrary to what you might think, bitters are not actually bitter all of the time. They are, however, very strong in flavor and should be used very sparingly. When a cocktail recipe says two drops, only add two drops — trust us.

Bitters have been around since before cocktails themselves were formally a part of the public sphere, and were originally used for medicinal purposes. In the 1800’s they emerged as a cure for stomach aches and took off from there. Although some of the health claims surrounding bitters were a bit farfetched — that they could cure malaria and restore youthful energy — their presence in households has not diminished, only shifted from the medicine cabinet to the liquor cart.

Some of your favorite drinks from your neighborhood cocktail bar contain bitters as an ingredient — from the Old Fashioned, that’ll never go out of style, to the New Orleans Sazerac. Here are the best bitters for making simple, flavorful cocktails.

There are numerous reasons to use bitters, including the accenting and complimenting of flavor in a drink. Not only do they add flavor themselves, but they may help amplify or accentuate other tastes like citrus, tart or sourness. Beyond the addition of taste dimensionality, bitters also aid in digestion and are great for cocktails had after a big meal to soothe the stomach.

Flavors of bitters range widely — from spicy to fruity to herbal and even cinnamon. The type you’re using will depend on the drink, and there are more flavors being created that include chocolate, coffee and even cherry. No matter the flavor of the bitters, it is always strong and therefore should be used in small amounts.

A “dash” as many recipes often use as the unit of measurement, is about six to eight drops from a dropper, or 1/8 of a teaspoon. A “dash” straight from a bottle can vary widely according to the size of the bottle’s spout, the type of liquid inside, the angle and force with which you’re pouring. If you’re looking for precision, a glass bottle and a dropper can help with measuring exactly.

What Are The Different Types of Bitters?

There are four main types of bitters — aromatic, herbal, citrus and nut. Aromatic are by far the largest category of this mixology ingredient, made with herbs, tree bark and spices which lead with their scent. It’s also one of the oldest types of bitters and thus is required in many old-school cocktail recipes and schools of thought. Citrus bitters are the second most common type of bitters used in cocktails, with orange being the most popular flavor along with grapefruit and lemon as well. Herbal bitters are more of a contemporary invention and include tarragon, thyme and lavender as the ones you’ll encounter most often on cocktail menus. Nut bitters are brand new territory for many bartenders, with flavors like chocolate and coffee growing in popularity in new cocktails. Even though nuts aren’t actually being used, the strong roasted flavor of these is nut-like and therefore earned them the name.

If you need a go-to bitters brand to start off with, this one should definitely be on your list. It’s one of the oldest and most recognizable bitters brands out there. This stuff dates all the way back to the 1800s, with aromatic bitters as their specialty. You can always pick their bottles out of a crowd for the recognizable oversized label. If you’re planning on making Manhattans or Old Fashioned cocktails, put this and the best bourbon on your shopping list.

Peychaud’s Bitters have also been around for a long time, dating back to the 1800s in Louisiana, they’re a staple ingredient in classic cocktails and Cajun cooking. If you’ve ever had a Sazerac cocktail, you’ve most likely tasted Peychaud’s Bitters as well. These bitters have a distinctly woodsy flavor profile with subtle nods of saffron, caramel, peel and licorice. It can also be used in Manhattans, Old Fashioned’s and even Whiskey Sours. According to the makers, these bitters have survived “through tough times” and have been the bitters of choice since before the prohibition era. I mean really, who can argue with that? Like the option above, you’ll need the best whiskey on hand to fully utilize these bitters. 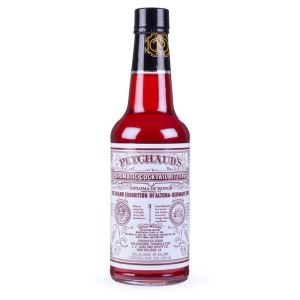 Fee brothers could just as well be called Fee grandsons, at this point. That’s because the brand has been in family hands for five generations. In terms of variety, it’s hard to beat Fee Brothers, which produces a whopping 19 different flavors of bitters. If you’re not as into Angostura, or you just want to try something different, pick up Fee’s Old Fashion bitters and mix them with your next cocktail. 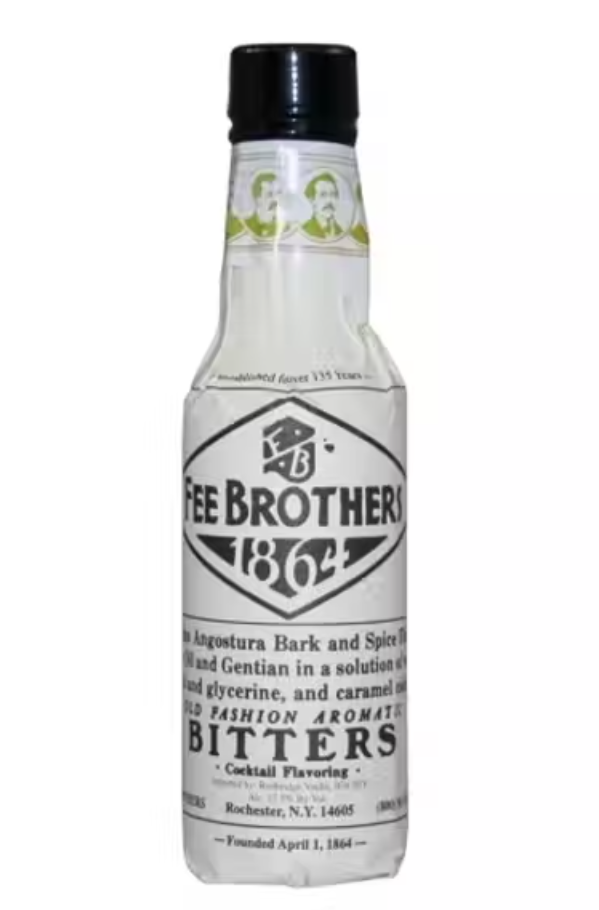 If you want bitters that pair perfectly with whiskey and bourbon, Old Forester is the way to go. They’re a brand out of a Kentucky distillery that’s been making bourbon for over 100 years and ventured into bitters as well. The main flavors are cherry and tobacco, evocative of the maker’s father’s tobacco pipe.

While the original Angostura bitters have been around since the 1800s, the brand’s foray into orange bitters is substantially more recent; these were introduced in 2007. But orange bitters are still a classic. While many modern iterations omit it, the original martini recipe calls for the use of orange bitters. Plus, the bottle looks pretty cool. 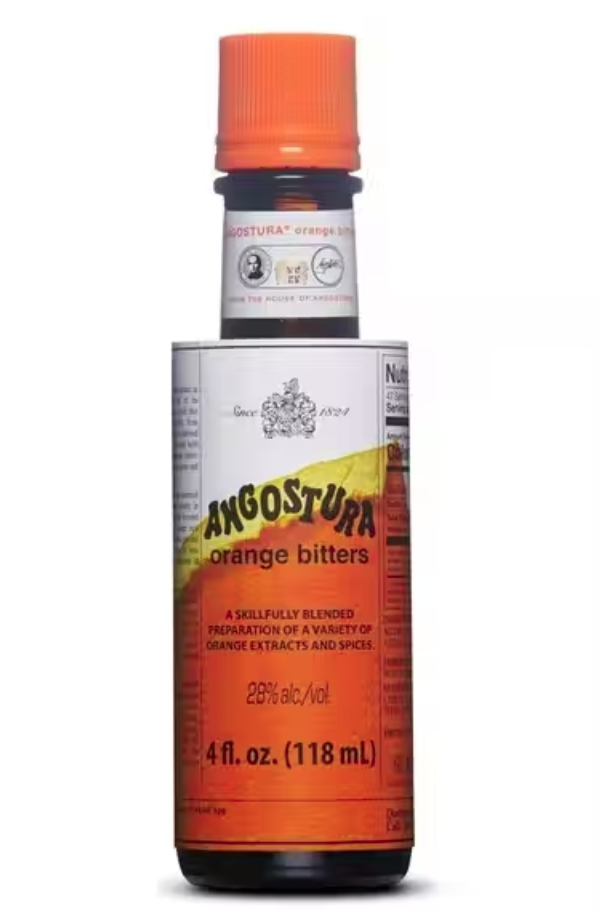 Woodfood Reserve, another famous Kentucky Bourbon distiller, has also dabbled in the bitters space and has a unique selection including fruity options, cherry flavors and orange citrus varieties. Chocolate and sassafras? They’ve got that too, check them out. Our favorite is the cherry flavor below, that’s been bourbon barrel-aged and has a distinct spice that’ll add dimensionality to any cocktail you dash it into. 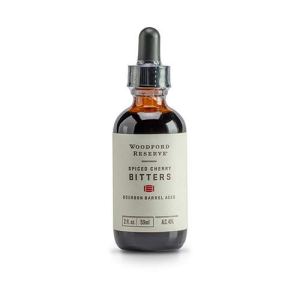 Although founded in the ’90s and relatively new to the cocktail scene, this bitters brand has quickly made a name for itself as some of the best citrus-flavored bitters available. The brand was started in New York City by a couple that decided to try their hand at making their own orange bitters, and their method clearly resonated. The flavor is delicate and yet complex with a mix of an orange foundation with spicy cinnamon and cloves to compliment. They make a great addition to a Manhattan or a variety of other cocktails.

This variety pack of bitters will cover all of your bases in one purchase and is worth investing in if you’ve got a pretty extensive bar cart. It’s a true “must-have” for a cocktail geek. It’s got all three of the most highly rated bitters out there — Angostura Bitters, Peychaud’s and Regan’s Orange Bitters No. 6. Ah, the convenience and ease of modern times. 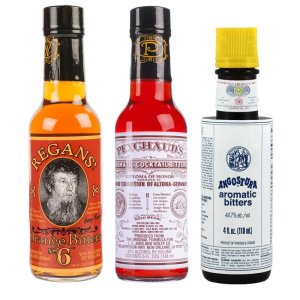 How about sipping on a cocktail and being instantly transported to remote mountain fields filled with wildflowers? These wildflower bitters can make that happen. Strongwater uses real, premium ingredients in their cocktails including organic demerara sugar and bitter herbs to create the best possible cocktail. Lavender and chamomile serve as the foundation for this mix, alongside a hefty punch from spicy Colorado florals and gentle bitter wormwood. It’s got a woodsy vibe and a delicate mix that pairs well with vodka, gin and other white spirits. It also pairs well with sparkling wine in a nice spritzer, if you’re looking for a warm weather drink. 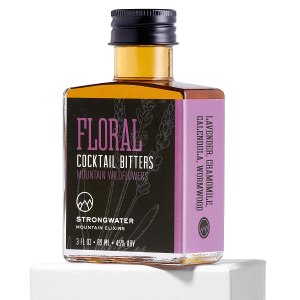 Chocolate bitters add a roasted, toasted, nutty flavor to a drink that’ll both bring it to life and comfort you at the same time. It’s got a hint of spice, oak and is made with organic herbs and spices in Seattle. It’s made with no extracts, artificial flavors, chemicals or dyes that will taint your drink — just pure, old-fashioned ingredients. Invest in your next bar cart secret weapon with this high-quality mix. 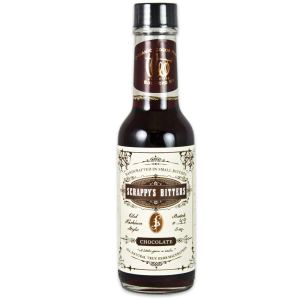 Peach bitters? Yes. These two seemingly contradictory ingredients go together seamlessly in this high-quality mix from the Fee Brothers. It’s juicy, flavorful, fresh and has the real fruit taste you want in your top-notch cocktails. There’s no extra sugar added and it works perfectly in a variety of white spirit cocktails and even on its own in seltzer water. 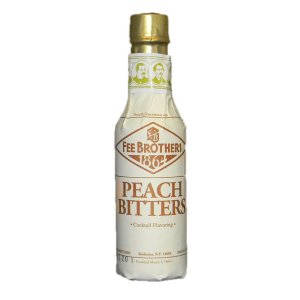 If you’re looking for nuttiness, this bitters mix from Fee Brothers will bring it. It packs a robust flavor and will add complexity and layers of flavor to your cocktails It ships in frustration-free packaging so you can rest assured knowing it will arrive in one piece and is just as good on or in dessert recipes as it is in cocktails. 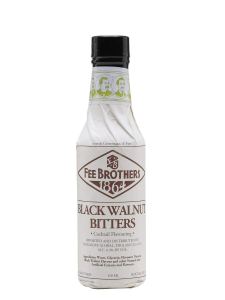 All bitters have spices, but they’re usually not actually spicy. Hella’s chili bitters bring the heat to your cocktails, with a smoked chili flavor that uses chilis from Oaxaca. Try it with a margarita or mezcal-based cocktail. Hella is also a black-owned brand. 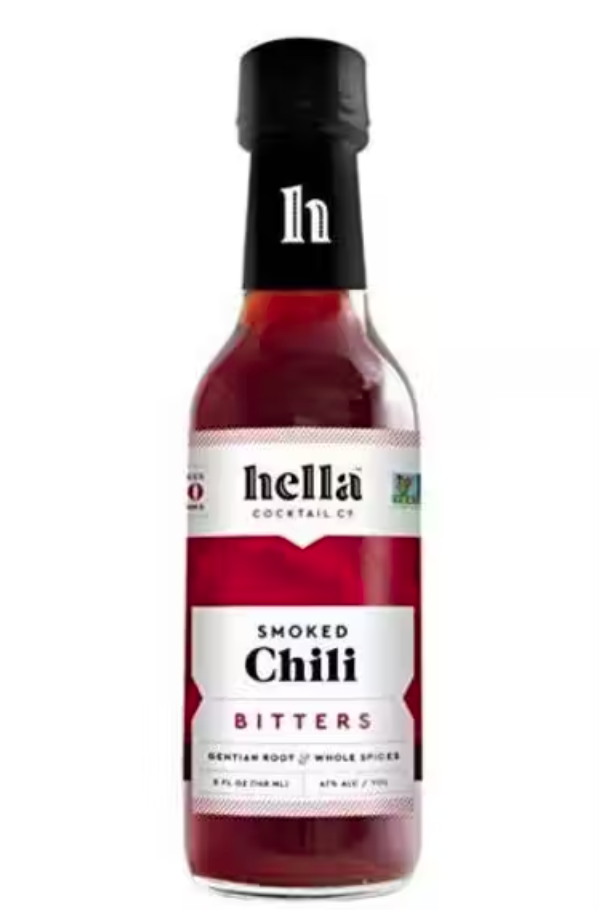 Bitters are, by definition, bitter. But Stirrings reckons that they don’t have to be too bitter. Stirrings is made using blood oranges, resulting in a slightly sweeter take on classic orange bitters. Plus, these come in a larger 12 oz bottle, so they’re a more economical option compared with the standard 4 or 5 oz bottles. 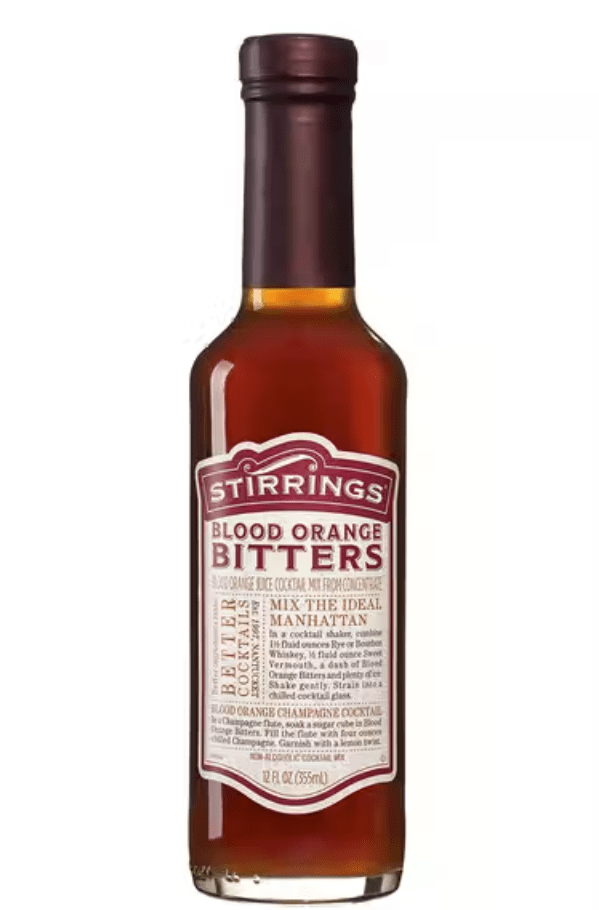 With no fewer than 19 options to choose from, we could fill this list with just Fee Brothers. And frankly, it’s tempting. But we’ll tell you about just one more; Fee Brothers celery bitters, a very unique addition to your bar cart. It’s got a unique flavor that’s not just for Bloody Marys. Is it as good for you as actually eating celery? Almost certainly not. But we can pretend. 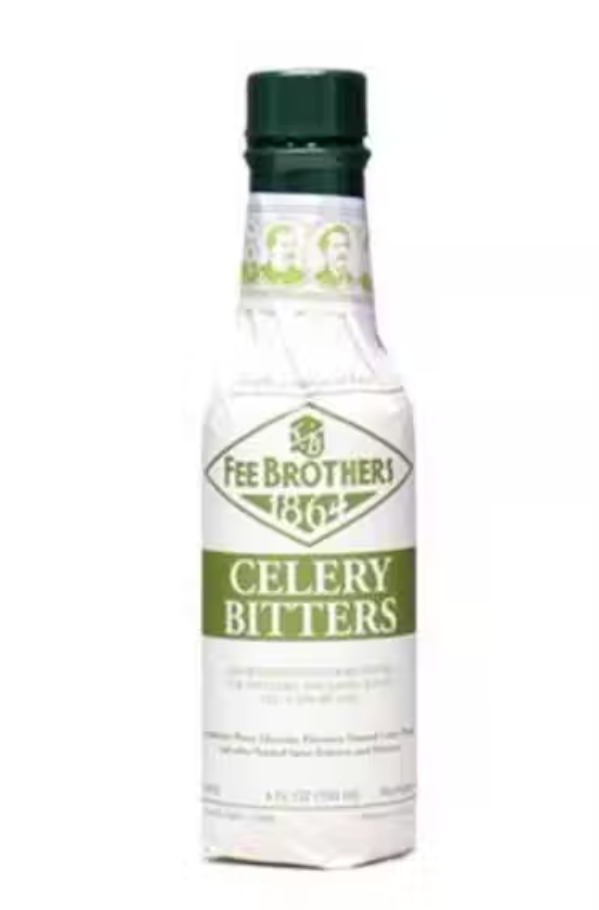