When most people think about drinking whiskey, the usual suspects come to mind — bourbon, single malt scotch or rye. But the whiskey that most people actually drink, here and all around the world, is blended whiskey. So what does this designation actually mean? Well, it really depends on where the whiskey is being made, because blends are defined differently based on the country in which they are produced.

Blended whiskey has been looked down upon by many “serious” whiskey drinkers over the years, and this isn’t entirely without reason. Many cheap blends contain just enough actual whiskey to be considered such, with the rest of the liquid being cheap neutral grain spirit. In America, think of bottom-shelf brands like Fleischmann’s or Philadelphia, for example. But there are certain blends that are worth exploring, particularly when it comes to scotch or Irish whiskey.

The art of blending is one that is often overshadowed by the role of the master distiller for many whiskey fans, but it is actually one of the most important steps in the whiskey-making process. Here are several different types of blended whiskey, some key information about what makes them distinctive, and some good bottles to try for yourself.

This hugely popular whiskey might not be the best pick for those who consider themselves whiskey aficionados, but people seem to love it. The blend includes a whopping 75 percent neutral grain spirits, which provides a clue as to just how basic the palate of this whiskey is. But it is a key component of the classic 7&7 cocktail, a mixture of Seagram’s 7 and 7-Up. This is bottom-shelf in both price and flavor, but go ahead and give it a try to see for yourself — you can afford it.

Tincup is a blend of two different types of whiskey — high-rye bourbon distilled at MGP in Indiana, and a small amount of Colorado single malt whiskey distilled at Stranahan’s in Denver. The result is very much like a bourbon, with a bit of fruity maltiness, making this an excellent choice to try in any whiskey cocktail you can think of. Plus, it actually comes with a little tin cup on the top. 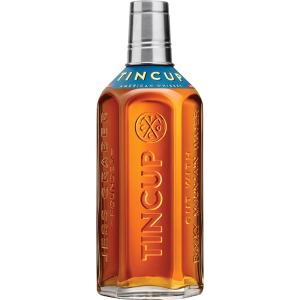 This blend from Utah’s High West is a great sipping whiskey. It contains no neutral grain spirits, just two high-quality components — bourbon and rye. The 2020 release consisted of 95% rye and two high-rye bourbon mash bills, all of which were distilled at MGP in Indiana. This is a delicious blended whiskey and an excellent choice for sipping.

Monkey Shoulder is actually a blended malt, meaning there is no grain whisky in the mix. William Grant and Sons is the company behind this blend and is also the owner of Glenfiddich and The Balvenie, so you can assume some of that high-quality whisky makes it in there. This whisky was specifically created with cocktails in mind, so give it a try in any one that you can think of. 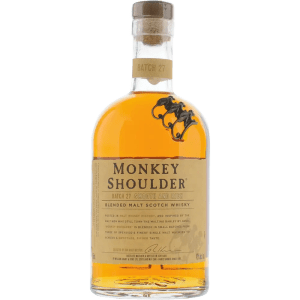 This is a delicious blend aged for 18 years, and the core whiskies come from the esteemed Cragganmore distillery This is a lovely whisky with just a hint of smoke, and strong flavors of vanilla, fruit, and spice. Try this one neat and sip slowly, as the palate develops as you enjoy. 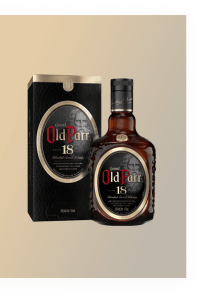 In Ireland, whiskey falls into four categories: single malt, single pot still, single grain or blended. Simply put, a blend in Ireland is a combination of at least two styles of Irish whiskey and can be made at one distillery or use whiskey from different distilleries.

Bushmills is located in Northern Ireland, and the distillery is focused solely on making single malt whiskey. But it purchases grain whiskey as well, which it blends together into this approachable and affordable whiskey. It’s aged in both bourbon and sherry casks, giving it equal notes of vanilla and dried fruit, and making this an excellent bang for your buck in the Irish blended whiskey category.

Regular Jameson is fine, but not terribly exciting. Jameson Black Barrel, however, is a step up from the classic, with a deeper flavor from time spent in barrels that are extra charred. This brings more pronounced notes of wood, vanilla, and caramel into the mix, making this a great choice for cocktails. Try an Old Fashioned using Jameson Black Barrel to see what this blend brings to drink, and how it compares to one made with bourbon. 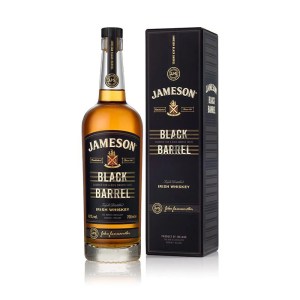 J.J. Corry calls itself a whiskey bonder, which means it sources aged whiskey and procures new make spirit which it ages in its own warehouses. This is a revival of something that was once more common in Ireland. The Gael is the core blend, a combination of malt and grain whiskey that results in a really elevated, sippable version of this classic style of Irish whiskey. 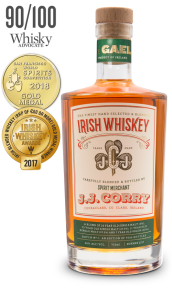 Yes, that “e” is missing again here. In Canada, most whiskies are blends, although certainly not all of them. The components are typically a base grain whisky and a smaller proportion of flavoring whisky. The grains used are typically corn, rye, and malted barley, and are distilled either separately or as part of a single mash bill. Most Canadian blended whiskies are made at one distillery.

This eight-year-old blend from Black Velvet is inexpensive, but even some Canadian whisky aficionados sing its praises. The distillery matures aged whisky and new whisky together to create its signature flavor profile. Look for notes of caramel, honey, and vanilla in this affordable but impressive whisky.

Crown Royal is one of the most popular Canadian whiskies and is one of the best-selling whiskies in the US period. It’s made at a large distillery in Gimli, Winnipeg, where many different styles of whisky are made and married together. Crown Royal is instantly recognizable for the purple velvet bag it comes in, but the whisky itself is a decent entry-level Canadian blend. 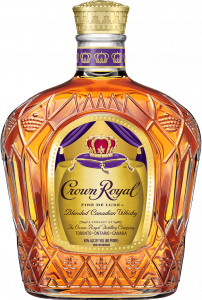 This whisky was created as a tribute to Canada’s 1867 Confederation. After initial maturation, it’s finished in new Canadian oak barrels, giving it a hint of spice and pepper that makes the palate pop. Give this one a try neat, it’s a whisky built for slow sipping. But of course, go ahead and mix up a cocktail or two with it if that’s what you prefer. 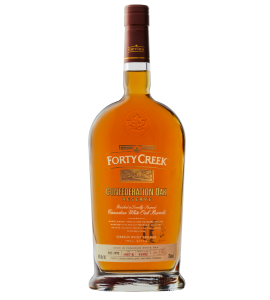