The bottled-in-bond designation is an important one in the history of American whiskey, particularly when it comes to bourbon. While some consider it to be a marketing gimmick these days, there is definitely a long history to it and an argument to be made for why it is still an indicator of quality.

The History of Bottled-in-Bond

In 1897, the Bottled-in-Bond Act was passed, and it was much needed at the time. Whiskey makers and blenders of ill repute were adulterating and mixing their products with things you really wouldn’t want to consume, from colorants to crappy grain alcohol to who knows what else. It was the wild west of whiskey making, and whiskey could be disgusting at best, and dangerous to drink at its very worst. The BIB Act was conceived by Grover Cleveland’s Secretary of Treasury John Carlisle, and Colonel Edmund Haynes Taylor, Jr was a strong proponent — you might recognize his name from Buffalo Trace’s lineup of BIB whiskey named after him.

What Does Bottled-in-Bond Mean?

So what does bottled-in-bond mean? Here are the main things to remember: the whiskey must be aged for at least four years old in a federally bonded warehouse, bottled at exactly 100 proof, and be the product of one distillery and one distilling season (fall or spring, usually). This essentially gives the whiskey a vintage like wine, and means that no one can mess with what’s in your bottle. Of course, bourbon is very strictly defined by the federal government to begin with, which is a good thing, but the BIB designation was an important indicator. If you saw it on the bottle, you knew what you were getting was the real deal.

Nowadays, we don’t really have to worry about adulterated whiskey (although there have been incidents in other countries involving tainted bottles). But the BIB designation is a source of pride for brands and distilleries. For craft operations in particular it’s a chance to show that they’ve been able to release a higher proof, older whiskey.

There are many different options to try from distilleries of all sizes, and there are bottled-in-bond options available in other spirits categories like rye and brandy as well. But bourbon is really where it all began, so we’ve put together a list of nine of the best bottled-in-bond bourbons to try now.

One of the best bottled-in-bond bourbons, and one of the least expensive, comes from Kentucky’s Heaven Hill distillery. Evan Williams is a very popular bourbon brand, but the white label bottled-in-bond expression is a step above the regular black label. The age might be in the same ballpark, but the flavor is really amped up, due in large part to the proof going from 86 to 100. This is a must-have cocktail component, and sips pretty nicely on its own as well.

This wheated bourbon from Heaven Hill is released twice a year in a special decanter. Each release is unique as far as age and vintage, and the latest from the fall of 2021 was matured for 11 years. This whiskey is consistently very good, although obviously there are variations from batch to batch. And yes, you’ll find that these bottles online are way overpriced, which might understandably be a deal-breaker for some. But based on flavor and overall quality alone, Old Fitzgerald is one of the best you can find. 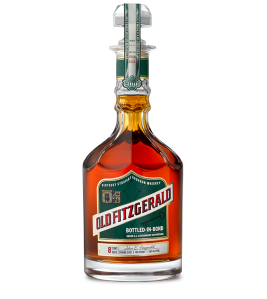 Yes, this is technically a Tennessee whiskey, which in term is technically bourbon. It meets all the legal requirements of bourbon, with one additional step — the new make spirit is filtered through sugar maple charcoal before barreling. Whatever you want to call it, the past few Dickel BIB releases have been some of the best from the Cascade Hollow Distillery, and really helped to reinvigorate this once kind of boring brand. The most recent release was the Spring 2007 vintage, a 13-year-old whiskey that is deep in flavor and texture. Also, Dickel BIB is consistently a good value. Many other bottles aged for this long will cost twice as much.

The big news about FEW Spirits was that it was just acquired by Heaven Hill, a company and distillery that has more a few brands on this list. But this Evanston, IL distillery has been making its own craft whiskey for a decade now, including bourbon, rye, and infused spirits. One of the newest releases is this bottled-in-bond bourbon, which ups the ABV by a few points to 50% and is really a solid whiskey. Many craft distilleries are starting to release BIB products as their spirits get older, and FEW is definitely one to try. 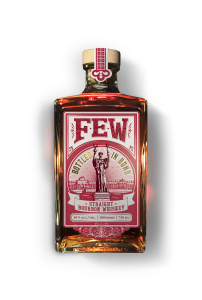 Old Tub comes from Jim Beam, the distillery behind the number one selling bourbon in the world. Even if you’re not really a fan of the white label bottle, give Old Tub a try. This limited edition BIB bourbon is really a good choice at a budget price. The whiskey is non-chill filtered, a step that many would argue is important for retaining maximum flavor. Regular Jim Beam is 80 proof, this is 100 — again, a defining feature that makes this whiskey great in cocktails. 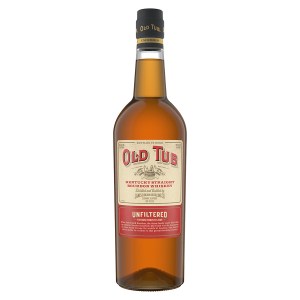 Most bourbons are made with three different grains — at least 51 percent corn, and the rest rye and barley. But some distilleries make four-grain bourbons, like Colorado’s Laws Whiskey House. This BIB bourbon also uses wheat in the mash bill, bringing a bit of extra sweetness to the palate. This bourbon is aged for longer than the required four years — the 2021 release was six years and seven months old to be exact. 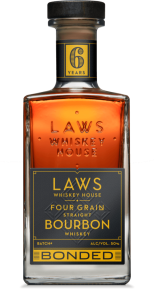 Firestone & Robertson is a Texas distillery that has been sourcing and distilling whiskey for a decade now, and was ultimately acquired by drinks giant Pernod Ricard in 2019. The TX Whiskey lineup has a blend and several bourbon expressions, including this BIB release. What makes it stand out is not just its flavor and quality, but the fact that it’s a single-barrel expression. This means that each bottle comes from just one barrel, instead of the usual blend of many barrels. Releases may vary depending on which barrel they were aged in, but that’s part of the fun in trying this whiskey.

All of the whiskey produced at Kentucky’s New Riff Distilling is bottled-in-bond, a marker of quality that has been important to the distillery since it started up nearly a decade ago. The core bourbon expression is also non-chill filtered, and made with a high rye mash bill (65% corn, 30% rye, 5% malted barley). This extra hit of spice and pepper brings the palate together in a way that makes this a great sipping option. The palate is deep and can stand with any of the old guard bourbons from Kentucky. Try it neat, on ice, or however you like to sip your whiskey.

Ohio’s Watershed Distillery is well known in the craft world for its gin and whiskey, and the latter category has seen some really notable releases over the past few years. The BIB bourbon is a complex and tasty sipping whiskey, with notes of brown sugar, cherry and butterscotch on the palate. There’s a bit of spice as well, making this a nice option to use in a Manhattan that would traditionally be suited for a rye whiskey. 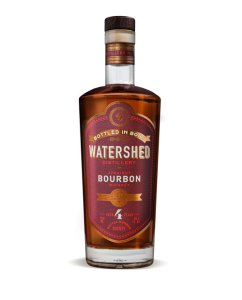