It seems like once you reach a certain level of fame, it’s time to enter the booze game. Liquor brands are one of the trendiest entrepreneurial ventures for our favorite celebrities (and those we may not be so fond of). We get it — it’s a luxurious product to promote, the marketing is almost always sexy, and we imagine the paychecks are definitely worthwhile. I mean, some of these celebs have sold their brands for hundreds of millions of dollars, and it’s not even their main gig.

However, with so many celebrity liquor brands on the market, it can be hard to gauge which ones are actually well-made, high-quality spirits. Many are simply not worth your time, some are so-so but wouldn’t last on the market without the celebrity endorsement, and some actually compete with other established spirits labels. We’ve included a bunch from the latter category here.

Let us be your guide when it comes to navigating this promotionally saturated landscape and knowing which celebs to trust for your next cocktail hour. We’ve included the best celebrity liquor brands below. All of them are available to order online at the links below and cost less than $120. Pick up a bottle or two, pour over ice or sip neat, or even make a cocktail, and enjoy it like the stars do.

Ah, Clooney. He’ll never go out of style. His tequila is also top-notch. He’s got three varieties, blanco, reposado, and anejo, as well as a mezal. The blanco works very well in cocktails, as does the reposado with its smokey, caramel notes, while the anejo is an excellent sipper and can be subbed for whiskey in an Old Fashioned. True, the tequila was once produced at a distillery that had a diffuser onsite, a modern method of making tequila that purists argue cheapens it, but according to the brand, the agave is slow roasted in ovens. However it’s made, this tequila is immensely popular, and Clooney sold it to Diageo for nearly a billion dollars back in 2017. 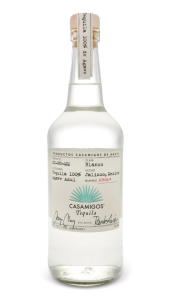 The Rock’s tequila brand, Teremana, has also proven to be very popular. It started out with a blanco expression and now includes reposado and anejo tequilas as well. This is an easy-drinking spirit, with notes of citrus, agave, and some spice, making it a good choice for cocktails. One recipe recommended on the website is the Mango Manarita, a mango take on the traditional Margarita. Who knows, maybe one day The Rock will sell his brand and retire.

Of course McConaughey’s got his own whiskey brand, right? His signature southern drawl just screams whiskey. The great news is that it’s actually pretty good. Or, should we say, alright alright alright?

McConaughey started off doing commercials for Wild Turkey in 2016, and it wasn’t long before he decided to try his hand at making a product of his own. They put work into this bourbon that’s filtered through American white oak and Texas mesquite charcoal. It’s got the silky smoothness you’d expect from a good bourbon along with caramel and toffee aromas that pair well with the sweet honey notes and citrusy orange finish.

Anyone want an Old Fashioned after reading that? 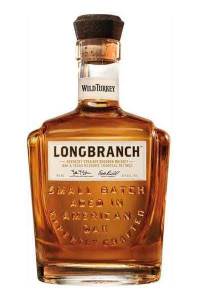 What do you do when you retire before the age of 40? You can only play so many rounds of golf, after all. Five former NBA players (and rivals) created a tequila together that’s actually pretty great. It’s a collaboration between Michael Jordan, Jeanie Buss, Wes Edens, Emilia Fazzalari and Wyc Grousbeck. Together, they’ve created a premium tequila that drinks well without any mixers, although this bottle will cost you. While this bottle didn’t make our list of the best tequila, that doesn’t mean it’s forgettable. Even when sipped at room temperature you’ll be able to enjoy the layered aromas of green peppers and pinches of grapefruit. Enjoy mixed in or over ice if you’re a sipping tequila kind of guy. 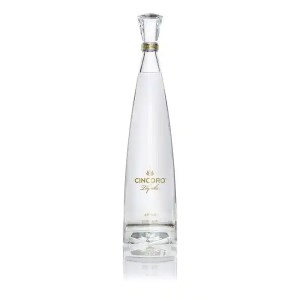 Kate Hudson, an entrepreneurial queen, created her own vodka after discovering that none of the vodkas in her bar cart were to her liking — and none were created by women. This vodka brand is entirely made in Santa Barbara, California and distilled seven times for purity. It’s also made with alkaline water, is gluten-free and completely non-GMO. This vodka is named after Hudson’s home in Manhattan where she used to host glamorous parties with friends. Along with her athletic wear company Fabletics, this is another entrepreneurial venture for the Hollywood starlet and mother of three. 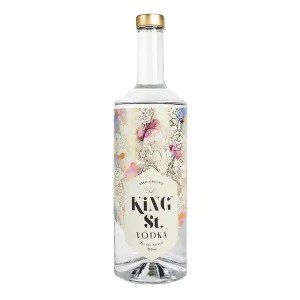 Bob Dylan has an award-winning, hand-crafted whiskey collection called Heaven’s Door Spirits, and his rye whiskey is one of the best products in the lineup. It’s aged for seven years and then finished in toasted oak cigar barrels from France (named after their shape, not anything to do with actual cigars). It’s spicy and fruity and really a nice example of rye that comes from MGP in Indiana, where it’s distilled. There’s also the Double Barrel Whiskey and Straight Rye Whiskey if those types are what you tend to lean towards. The bottle has Bob Dylan written all over it, with the welded iron gates synonymous with his metalworking studio, Black Buffalo Ironworks. 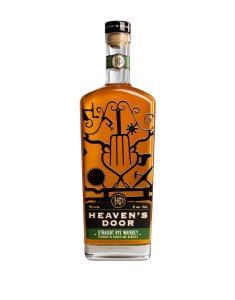 You may have heard about Ryan Reynolds’ gin brand. This spirits company dates back to 2006 when it introduced an accessible gin for the masses named after a famously banned label from the Prohibition era. In 2018 Reynolds invested heavily in the company, which launched a marketing campaign featuring witty commercials and the actor’s familiar persona.

If you’re not typically a gin drinker or have been turned off by London dry gins, then this American gin will suit you. It’s fruity and peppery with just the right amount of spice. It all layers on top of an orange base with a subtle dose of juniper and citrus. Delish. 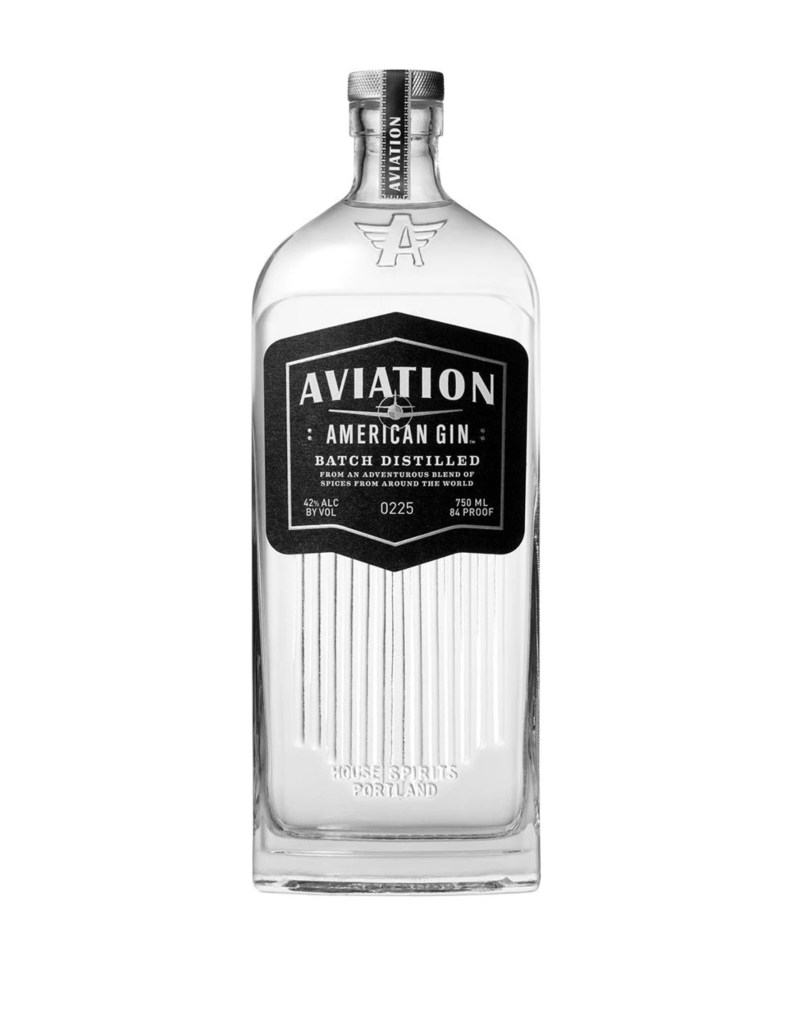 This is a serious passion project for these two actors who played siblings on the long-running show The Vampire Diaries. This four-grain bourbon (corn, wheat, rye, barley) is aged for four years and bottled at 80 proof, making it accessible for newcomers to the category and appealing to experienced drinkers. The duo works with MGP in Indiana to select barrels and blend the bourbon and really have dedicated themselves to this brand. This is one of the newer entries in the celeb booze field, and it’s worth a taste.

We know, we know, wine isn’t technically a liquor, but how could we leave out Cameron Diaz and successful entrepreneur Katherine Power’s delicious rosé wine collab? Avaline Rosé is the quintessential light summer beverage you’ve been looking for. Made from organic grapes, this wine is vegan-friendly and without any unnecessary additives. It’s super light on the nose as well as on the palate, staying the kind of drink you want to want to drink near a body of water. It’s expressive to the tongue and an overall refreshing wine-drinking experience. 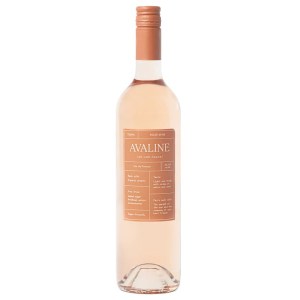 While we’re on the topic of rosé wine, we have to make it known that even Post Malone is even getting involved in the casual summer sipper. Maison No. 9 is a crispy warm-weather staple that goes down smooth and has a bit of a fruitier body to it. It derives from the French Riviera where some of the best rosé in the world comes from. So if you’re looking to get a little fancy this summer, let Post help you out with this tasty treat. 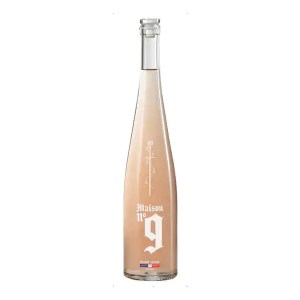 Nick Offerman is known for his interest in stereotypically manly activities like woodworking and whisky (although by no means are these exclusively male interests, let’s be clear). He’s collaborated with the single malt scotch distillery Lagavulin for a few years now, with the latest release being this 11-year-old smoky scotch that was finished in Guinness casks. This is an excellent whisky, combining all the assertive flavors of this peated Islay whisky with the toasted chocolate and coffee flavors that come from the beer casks. This is one to enjoy on a cold winter’s day. 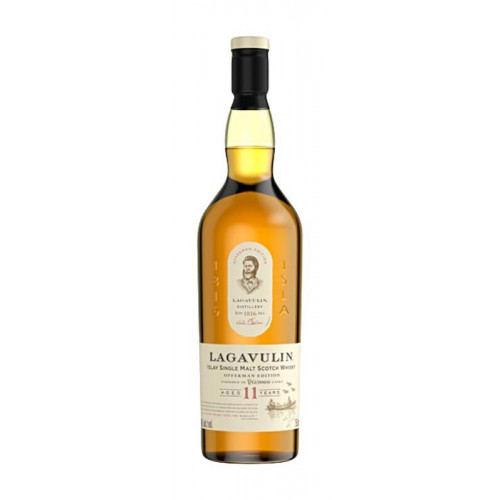 This statement piece liquor bottle will certainly draw eyes to your bar cart, but is it actually quality vodka? The answer is yes. It’s created in Newfoundland, Canada and is a multi-award-winning ultra-premium vodka. This collaboration between actor Dan Aykroyd and artist John Alexander will decorate as much as it will satisfy. It leads with citrus and includes hints of white pepper throughout for a well-rounded flavor profile. It’s also got a sweetness to it with a hint of vanilla and warms the palate all the way to the finish. 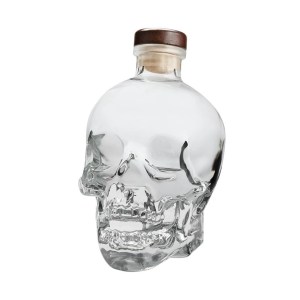 It’s a liquor synonymous with luxury for a reason. Ciroc Vodka is still owned by Sean “Diddy” Combs and is based out of San Diego, California. It’s made using grape spirits, which gives it a floral perfume with fruity raspberry and rose petal notes. While most vodkas are made using potatoes or wheat, Ciroc is the world’s first and only vodka made from grapes.

The grapes are distilled five times before they’re added to the mix, and all in the same pot for the strongest flavor. The “frost” in the name comes from the grapes the vodka’s made of, which freeze on the vine during the fall and winter and are cold-pressed to extract the ice crystals and juices. This gives the vodka a sweet, polished finish closely resembling grappa. Ciroc is one of the original star-powered spirits, and it’s still one of the best celebrity liquor brands on the market. 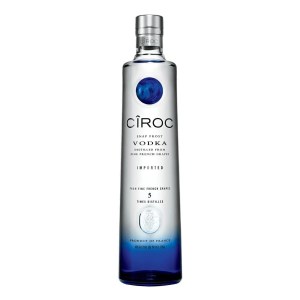 This rock and roll whiskey was created by the late, great master distiller Dave Pickerell along with heavy metal band Metallica. The concept is interesting — an aged blend of bourbon and rye is put into brandy barrels for a secondary maturation period, during which it’s pummeled by Metallica’s music blasting from speakers. This “Black Noise” process is meant to agitate the liquid, increasing its interaction with the wood. The result is spicy and fruity, with a pronounced effect on the palate from the brandy barrels. Bang your head, stopping every once in a while to take a sip of this whiskey. 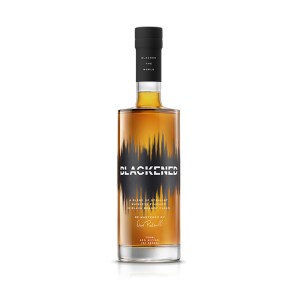 The two stars of Breaking Bad had to find something to do after … well, appearing in many other movies and TV shows. So they decided to launch this mezcal brand, traveling to Oaxaca to work with small producers there to make the best version of this agave spirit they could find. This is a nice mezcal, with soft smoky notes and a bouquet of citrus, earthiness, and spice on the palate. Sip this one neat, make a smoky Margarita, or just enjoy it in a highball — all while channeling your inner Walter White and Jesse Pinkman. 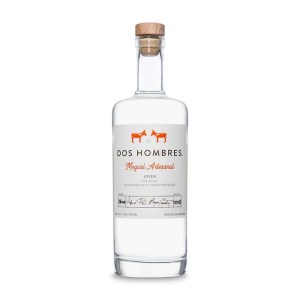