Bourbon is America’s whiskey — literally, as it can only be made here in the United States. There are countless top-shelf, limited-edition, unicorn bottles to hunt down, and many of these are quite good. Of course, they’re also extremely expensive. We’ve covered some of these spirits in our Whiskey of the Week series.

Fortunately, you don’t have to empty your savings fund to get your hands on a decent, or even very good, bottle of bourbon. So what is the best cheap bourbon that’s actually worth drinking? In this cocktail journalist’s opinion, there are quite a few to add to your bar cart.

Old Grand-Dad is part of Jim Beam’s “Olds” collection, which also includes Old Crow, Old Overholt, and Old Tub. Old Grand-Dad stands out for its high-rye mash bill, meaning it has a greater percentage of rye than many other bourbons adding more spice to the palate. It also comes in several different proofs, but the bonded version is one of the best – at least four years old and exactly 100 proof, making this good for cocktails or sipping.

Heaven Hill is a Kentucky distillery that makes so many worthy brands, including Elijah Craig and Evan Williams. But the most budget bourbon that comes out of there, Old Style, is also a decent bottle. To be fair, it can be hard to find outside of Kentucky, but it’s possible. And it’s much more readily available than the Green Label expression and much cheaper than the rebranded bottled-in-bond version. Expect a bourbon around four years old, with simple notes of vanilla, caramel, and stone fruit that is surprisingly satisfying. 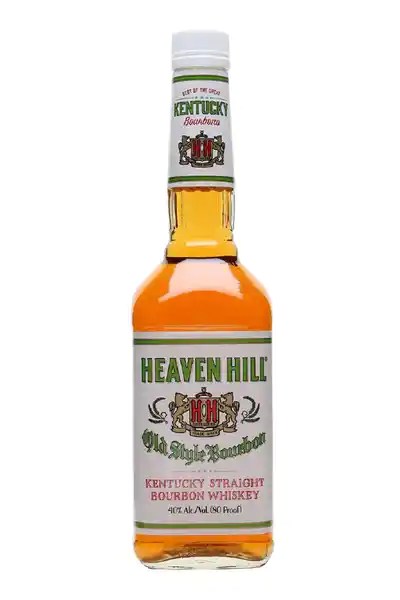 There are several different expressions in Buffalo Trace’s Benchmark lineup of bourbons, but the core Old No. 8 brand is a decent bottle that might be taking a little dig at Jack Daniel’s Old No. 7. This is another unassuming but steady 80-proof bourbon, with classic notes of caramel, chocolate, and vanilla that make it dependable rather than exciting. Try this one in an Old Fashioned to see how it holds up.

Fighting Cock is a bourbon that kind of seems like Heaven Hill’s answer to Wild Turkey, given the name and the 103 proof, just two degrees higher than Wild Turkey 101. It’s used to carry an age statement of six years, but that was discontinued (although the brand website still mentions that age). Regardless, this is a bright, spicy, slightly hot bourbon that packs a punch for a bottle that mostly sells for less than 20 bucks.

Old Crow is easily one of the most overlooked bourbons made by Jim Beam, and you can kind of understand why. This is bottom-shelf bourbon priced accordingly, although it has its fans. The name comes from Dr. James C. Crow, an important figure in whiskey history, and the brand was said to be a favorite of Ulysses S. Grant and Mark Twain. It might have been better quality then, but give this one a try if you’re looking for a decent budget bottle that hits most of the right spots. 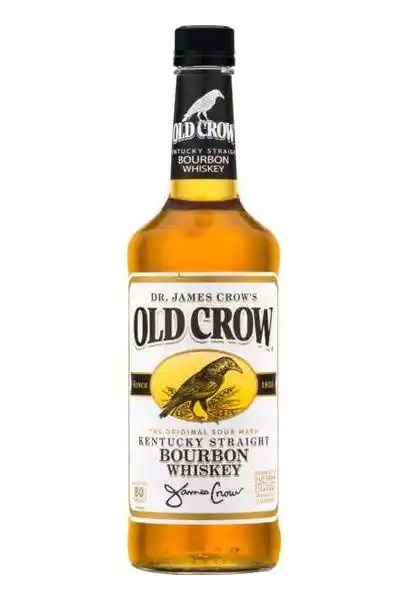 Let’s be clear, Wild Turkey 101 is the better pick, with a proof that is 20 points higher than this bottle. However, the 81 proof version is a few bucks cheaper, so we’re going to include it here on this list. Both are aged in alligator char barrels, or casks that are deeply charred, and are aged for similar lengths of time. The 81 just doesn’t have the spice and heat that makes the 101 so enticing, but it’s still a good budget bourbon to check out. 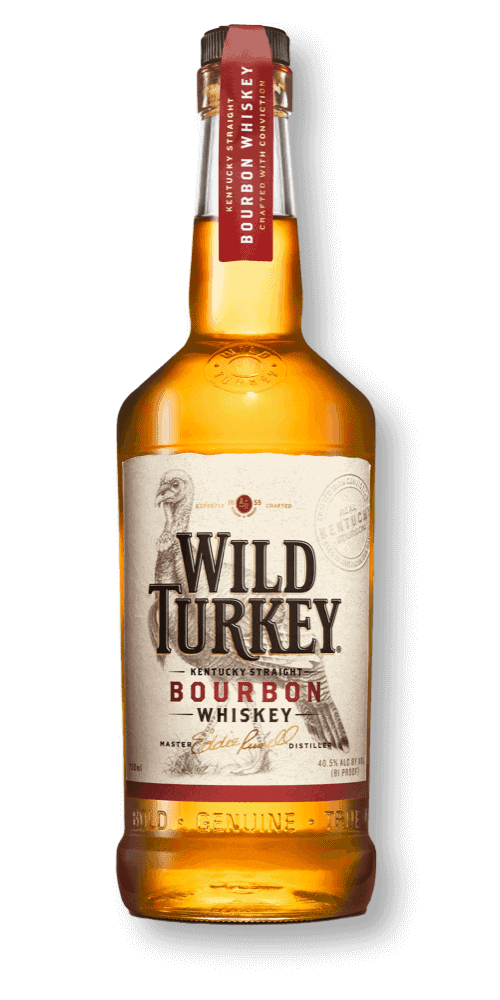 Evan Williams is another Heaven Hill inexpensive bourbon to check out. This is a very popular brand that drinks well above its price, with deep notes of caramel, char, fruit, and vanilla. There are other expressions to check out, like the Bottled in Bond and Single Barrel, but regular old Black Label is both a good sipper and mixer. Try this in an Old Fashioned and you could mistake it for something twice as expensive.

Larceny is a wheated bourbon, meaning wheat is the secondary grain in the mash bill (68 percent corn, 20 percent wheat, 12 percent malted barley) instead of the usual rye. This bottle will cost a bit more than some of the others, but you can usually still find it for less than $30. The palate is on the sweeter side, with nice notes of butterscotch, plum, and cherry. This is a good one to try making some drinks with to see how it differs from your usual bourbon made with rye. 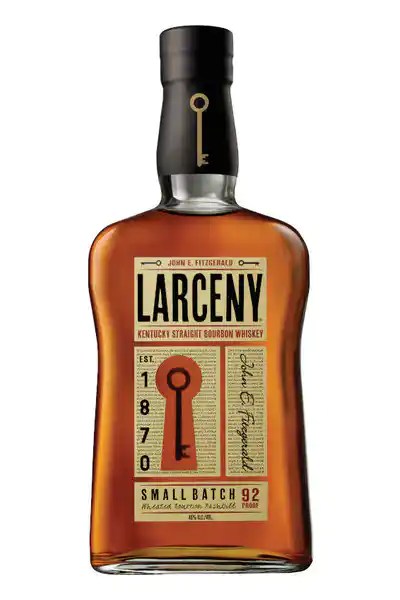 Jim Beam White Label — you know it, you might not exactly love it, but you have certainly thrown back a shot. This is a top-selling American bourbon brand for several reasons, including its affordability and uncomplicated flavor profile. White Label is basic bourbon, but that’s not a dig, it’s a testament to a brand that anchors the distillery and allows it to make so many other more interesting whiskeys. So don’t forget to include this in your hunt for budget bottles. 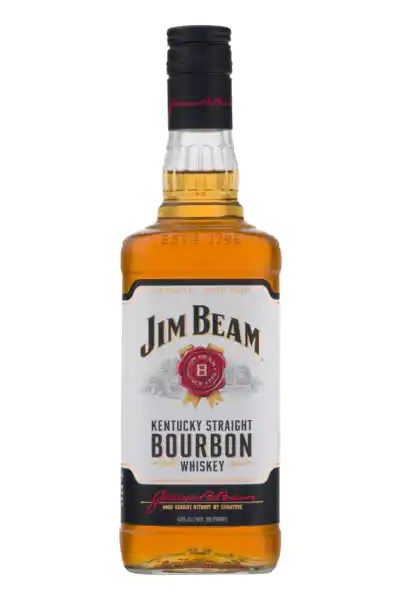 There are ten recipes included in the core bourbon from Four Roses, the result of the distillery’s use of two mash bills and five different yeast strains. Each one is slightly different, but they all come together in this complex and very drinkable bourbon, which is a terrific neat, on some ice, or in a cocktail. There are more expensive expressions worth checking out like the Small Batch and Single Barrel, but pick up a bottle of this for your home bar. 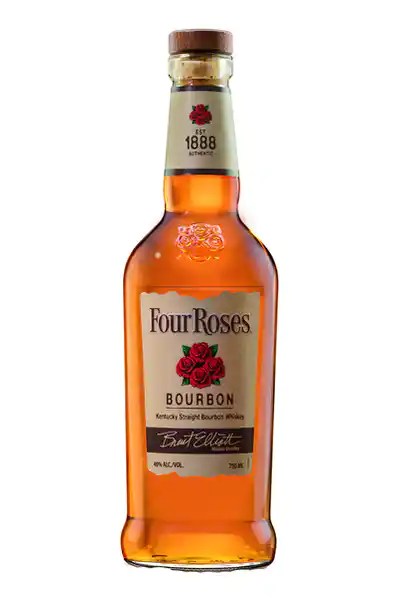 If You Still Haven’t Tasted Japanese Whisky, Start With The Suntory Yamazaki 12-Year