All we have to say is that it’s 2020 and we’re drinking now more than ever for obvious reasons — there is truly nothing else to do. Now that it is getting a bit chillier outside, outdoor bars and restaurants are going to be shutting their doors, parks will become unfathomably cold to have social-distanced picnics with pals in and ice-cold beer-filled beach days (mask on, of course) will simply become a thing of the past. With all that being said, it’s time to move onto the harder stuff. And this season, we’re putting all our money on the table and saying that vodka is going to be the hit sipper as the temperatures begin to fall.

Whether you can sip vodka with the cup full, mix in your favorite juice to cut the taste or take shot after shot after shot to get your buzz on, you might be surprised that you’re potentially paying too much for your Russian water. With vodka, there isn’t really a need to reach for the top shelf every time. With that being said, save the Grey Goose for a rainy day and check out the best cheap vodka brands you can buy now for under $25 a bottle.

While it might come as a shock considering this is probably the vodka of all vodkas right now, you can get a 750ml bottle of Tito’s for just under $25 in most states and territories. Occasionally, depending on where you are, it might be a buck or two more than $25, but in other spots, it’s even occasionally under $20. Tito’s is naturally gluten-free because unlike most vodka alternatives, it’s entirely made from corn. The vodka itself is honestly pretty tasty, too, so feel free to sip this stuff straight on the rocks or side by side diluted with some seltzer so you can really get to understand some of that flavor. 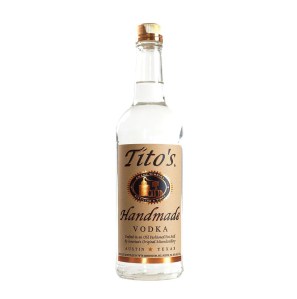 If you’re into vodka flavors, we 100% suggest you give Deep Eddy a try. From flavors like sweet tea to orange to ruby red, the drink possibilities are endless with this brand. Our favorite? Lemonade, by far. And get this — there is no need to use any mixer aside from water or seltzer with Deep Eddy. The vodka itself is sweet enough to mask that otherwise brutal taste by mixing with any no-flavor liquid option. You can get yourself a 750ml bottle for just under $15 in some areas, making it a pretty cheap option to at least try out. While the brand is known for its array of delicious flavors, they also have a non-flavored vodka alternative. Their unflavored isn’t the vodka of all vodkas, but it definitely gets the job done. 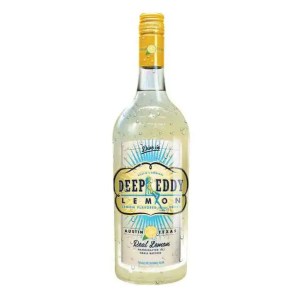 Who said organic vodka had to be top shelf? You can get yourself a 750ml bottle of Prairie Organic for just under $20 in most places. The brand goes completely above and beyond with their recipe and procedures by preparing the fields three months before even planting their seeds to ready the soil and to build a 25-foot buffer in order to ensure not a single chemical from a neighboring farm will find its way over to Prairie Organic’s stock. They rely on native bats and birds to eat any bugs that affect the outcome of their plants, so they use zero pesticides whatsoever. Their traditional bottle really has a hint of pear and melon on the nose but goes down smooth and creamy overall. Mix this stuff with seltzer, lemon and cucumber to really understand its flavoring and let your tastebuds explode. 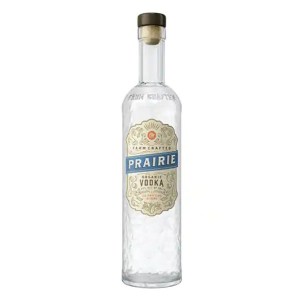 BEST FROM THE FUTURE

Some hate it, some love it, but we at SPY swear by it. Svedka is probably the most bang for your buck option on the market that honestly isn’t the worst to slug down. Maybe you just overdrank it in college, that’s your fault, but the “#1 vodka of 2033” is really an affordable, dare we say tasty, cheap vodka brand that most are sleeping on. Like, come on, a 1.75ml bottle for just around $20? That’s a price you can’t beat.

Mix this stuff with your favorite OJ brand and a couple of ice cubes to give your go-to breakfast juice a bit of a bite. When parties are a thing again, we definitely suggest buying a couple of bottles to please the crowd since it’s both so affordable and easy to drink. Though, given the fact we’re still in quarantine and likely will be through the winter, we suggest buying a couple of bottles in bulk to hoard at the bottom shelf of your bar cart for safekeeping. And unless you’ve been living under a rock, you have to already know about Svedka’s wild list of flavors, from grapefruit jalapeno combination to their pink lemonade. Two words: must try. 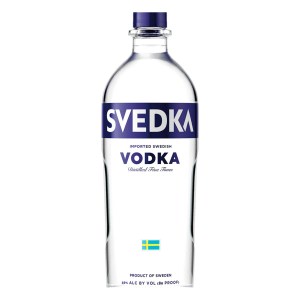 BEST FROM THE NORTH

Put a little hair on your chest this winter with just one shot of Russian Standard. We promise you’ll end quarantine a wildebeest. We kid, but in reality, Russian Standard is exactly that — a Russian standard. It’s unique for the fact that it offers both purity and taste by using hardy winter wheat grown on the Black Steppes of Russia and ice-cold waters from Russia’s Lake Ladoga. It’s distilled tons of times until it’s ready to be filtered through charcoal, giving it it’s brute, Siberian taste that will absolutely get the job done. At normally just a $20 price point per 750ml bottle, this stuff is the cheap vodka to snag for the colder months in quarantine. 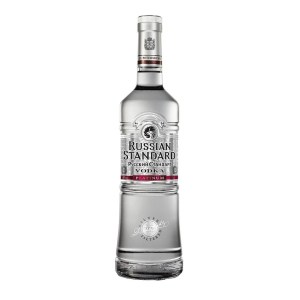 From the people who’ve given us some of the best tasting gin and ginger ale options since 1857 is a vodka that’s just as delicious. While some might be surprised Seagram’s is in the cheap vodka playing field, longtime fans will know that the brand has mastered some of the smoothest yet well-priced vodka to exist. If you’ve ever had (and loved) their gin, you’ll know that Seagram’s doesn’t fool around. Given that a 750ml bottle of vodka is only around $15 depending on where you go, see for yourself why Seagram’s vodka is just as delicious as their gin and ginger ale. 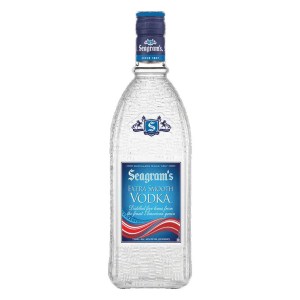 If you haven’t yet hopped on the rosé vodka bandwagon, you’re a bit behind. A few summers back this stuff was finding its way through liquor stores across the country just to be sold out the same day new shipments arrived. The trend has died a bit and rosé season is coming to a close, making this the perfect time to stock up on our favorite rosé vodka mix, Hangar 1. We find that with most rosé vodka types that aren’t Hangar 1 taste, well, completely awful. This brand has really hit the nail on the head by giving us vodka in the forefront and rosé in the back, which is exactly what we want when drinking vodka. With such a great taste and such an affordable price (around $22, depending on where you are), feel free to drink this stuff straight out of the glass on ice this winter, because who said rosé has to be a summer drink? 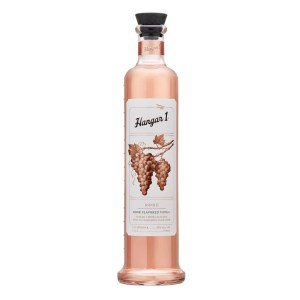 You can’t hate on our good ‘ole friend Smirnoff. The brand has been synonymous with the word “vodka” ever since it debuted in the 1860s. You know it, you might hate it, but you have to admit — it’s cheap and it’s pretty smooth as it makes its way down. Considering there are so many new vodka brands that claim to be the best “this” and the best “that”, adults are throwing Smirnoff to the side when in fact, they don’t have to. It’s still a delicious cheap vodka option that gets you buzzed and pairs well with most mixers. So, next time you’re making yourself a vodka drink, get yourself a bottle of Smirnoff and remind yourself that it isn’t all that bad. Plus, a 750ml is always under $20, and that you just can’t beat. 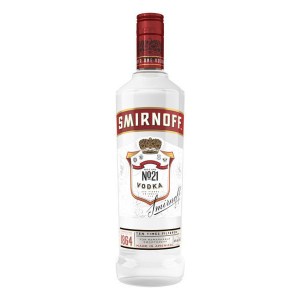 Courtesy of Drizly
Buy: Smirnoff No. 21 Vodka
Buy It

Ever heard of Scandinavian vodka? No? Well, now you have. The region of the midnight sun is surprisingly well-versed in the production and distilling of exceptionally smooth-tasting vodkas, and Finlandia is no exception. Distilled and bottled in Finland, clearly, this vodka uses barley and water sources native to the region to keep consistent quality and taste within every bottle. Although this stuff is nowhere near Russian, we love using Finlandia for creating a zesty Moscow Mule for its bitey yet delicate flavoring. Looking to taste it for yourself? You can find this brand for just around $20 a 750ml bottle depending on where you are in the world. 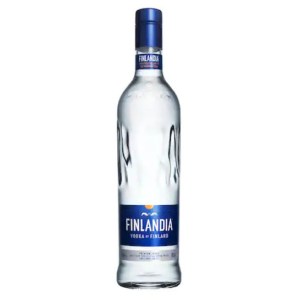 Well, it’s not that we suggest it, but we’re including it anyway. For those of you that haven’t heard of Georgi, consider yourself lucky. For those of you who have tasted our good pal, you were probably 16 years old sneaking this stuff out of your parent’s liquor cabinet, not knowing they solely use this stuff for pasta sauces on Sundays. While it tastes exactly like what you might think, we made you a promise and we meant it: it doesn’t exactly taste like rubbing alcohol but it might come close. We only suggest getting yourself some Georgi on dire, and we mean DIRE emergencies, like snowmageddons and hurricanes in which every single other vodka option is sold out.

While it is not good at all, it is normally under $10 for a whole 750ml bottle, which is pretty hard to beat. If the power goes out during a storm and you and your best pals are looking for a way and a reason to get blacked out, grab the Georgi make a crappy bowl of punch to call it a night. Just don’t hate us for your hangover the next day. 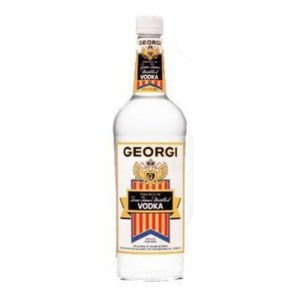 The 13 Best Bottles of Vodka for Every Type of Drinker