There are many different ways to mark the upcoming holidays; you can celebrate with decorations or themed parties, for example. But for beer enthusiasts, the best way to mark any holiday is with, well, beer. That’s because, for seemingly every holiday, there’s a companion beer. There are Halloween beers and St. Patrick’s Day beers. You can even sometimes find a Tax Day-themed beer. But the biggest variety comes from Christmas beer.

A Christmas beer can be a lot of things, ranging from subtle malty and spiced ales to gingerbread beers that will make you hear jingle bells. What Christmas beers all do is give you that pleasantly warm feeling (and buzz) when the temperature drops. And if you live somewhere where winter is defined as anytime the mercury dips below 70, these beers will at least get you in the seasonal spirit.

We’ve rounded up some of the best holiday beers you can find on Drizly. If you’re not familiar, Drizly is a site that partners with local liquor stores to offer home delivery, often in less than 60 minutes. They’re a lifeline if you’ve already started drinking only to realize you’re fresh out of booze, but Drizly is also a great way to try new beers, wines and spirits. A few of these are also available from other online platforms.

Samichlaus Classic is only brewed on one day of the year, December 6. It’s then aged for 10 months before being distributed. Samichlaus means Santa Claus in Swiss German, so it’s definitely a great holiday option. The feature that really sets this beer apart is the ABV. At 14%, it’s north of most wines. It has a thicker consistency, little to no head, and dried fruit flavors like plum and raisin as well as caramel. 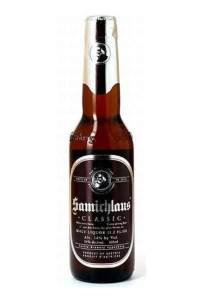 California is better known for wine than beer, but the Golden State is spoiled when it comes to its breweries, too. Chico-based Sierra Nevada is probably the most famous of the bunch. If you’re looking for a Christmasy beer that maintains the hoppiness of an IPA, consider Celebration, which has citrus and pine aromas that are offset by a pleasant bitterness. 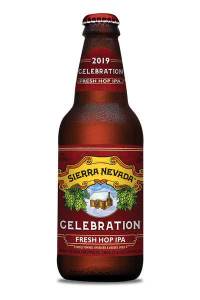 Bell’s Christmas Ale is inspired by traditional Scotch ales, which are noted for being malty and having strong caramel flavors. This ale has a distinct caramel taste, a warm finish and 7.5% ABV. Bell’s is based in Michigan, which means they undoubtedly know what winter is really like. That’s why this beer is designed to, in Bell’s words, “make any occasion festive, or at least a bit more bearable.” 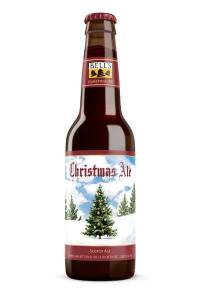 Ohio-based Great Lakes packs a lot of seasonal goodness into this Christmas Ale. It’s brewed with honey, ginger and cinnamon. On top of the seasonal flavors, the rich copper color makes it great to drink sitting by the fire or around the dinner table. 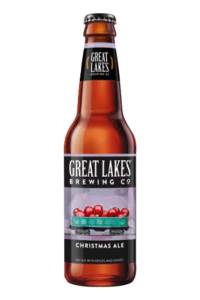 Alexander Hamilton may have a play, but Samuel Adams has a beer. In contrast to many of the higher ABV options on this list, this winter lager has a 5.6% ABV. This lager is more widely available than some of the other specialty options thanks to the fact that Samuel Adams is such a large producer. The brand describes it as “malty with a slight sweetness.” 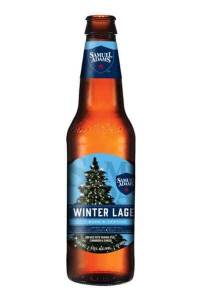 Schlafly’s Christmas Ale has a distinctly seasonal flavor thanks to the presence of orange peel, juniper berries, ginger root, cardamom and cloves. Nutmeg, ginger and cinnamon are notable flavors. Honey is also featured in the fermentation process. A caramel malt flavor and spices define this Ale. 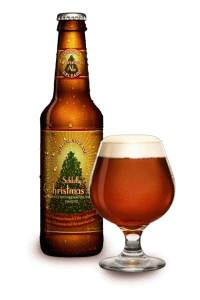 If caramel and honey aren’t seasonal enough for you, consider this Gingerbread Stout from Hardywood, which is a great companion to any gingerbread house-building competitions you might have during the holidays. Cinnamon, vanilla and chocolate flavors stand out, with ginger as well. It’s on the stronger end of the beers on this list, with 9.2% ABV. 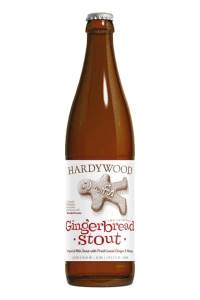 Winter Welcome from Samuel Smith is a winter warmer, and has a caramel malt and a slightly nutty flavor. It also has a seasonal spice flavor and an amber color with a creamy head. If you’re a fan of British beers, Samuel Smith is a storied Yorkshire brewery that was founded in 1758. 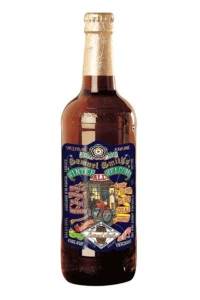 San Francisco’s Anchor Brewing releases this Christmas Ale every year, and it’s only available throughout the winter months. Each vintage is slightly different, and it remains to be seen what this year will entail. But last year’s was a slightly spicy, malty, dark beer that had a well-designed label featuring sequoia trees.

This tasty Christmas brew from Pennsylvania is brewed with honey and both sweet and tart cherries, giving it a bit of sweetness and sourness on the palate. Plus, the use of Belgian yeast gives the beer a bit of a baking spice flavor, resulting in a ruby red beer that’s perfect for drinking by the fireplace. 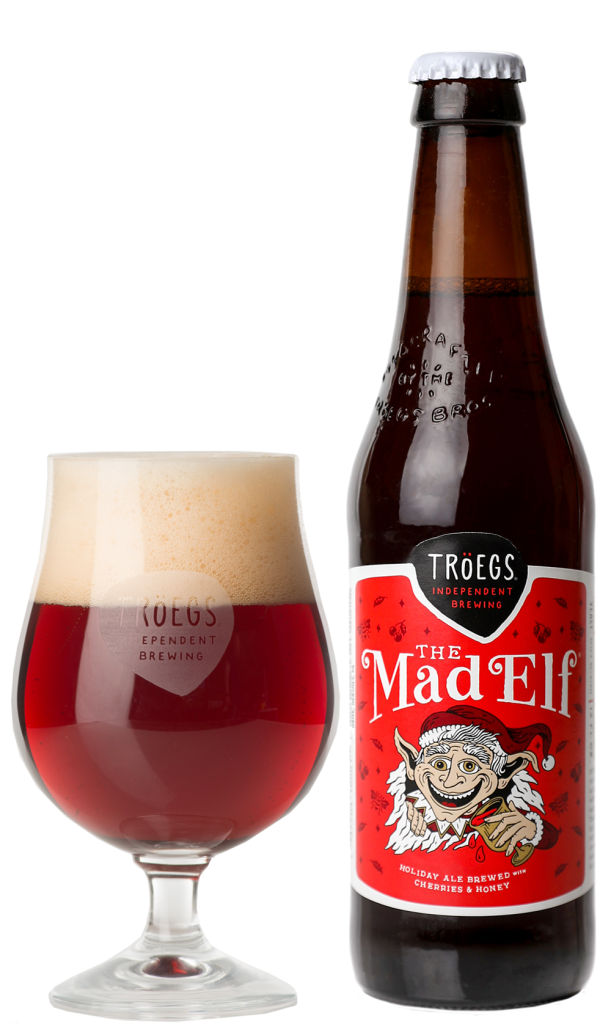 This limited edition beer is made using a chocolate-malt base and is flavored with cinnamon spice and Madagascar vanilla beans. The richness of the stout is well balanced by this combination of sweet and spice in this beer from this excellent California brewery. 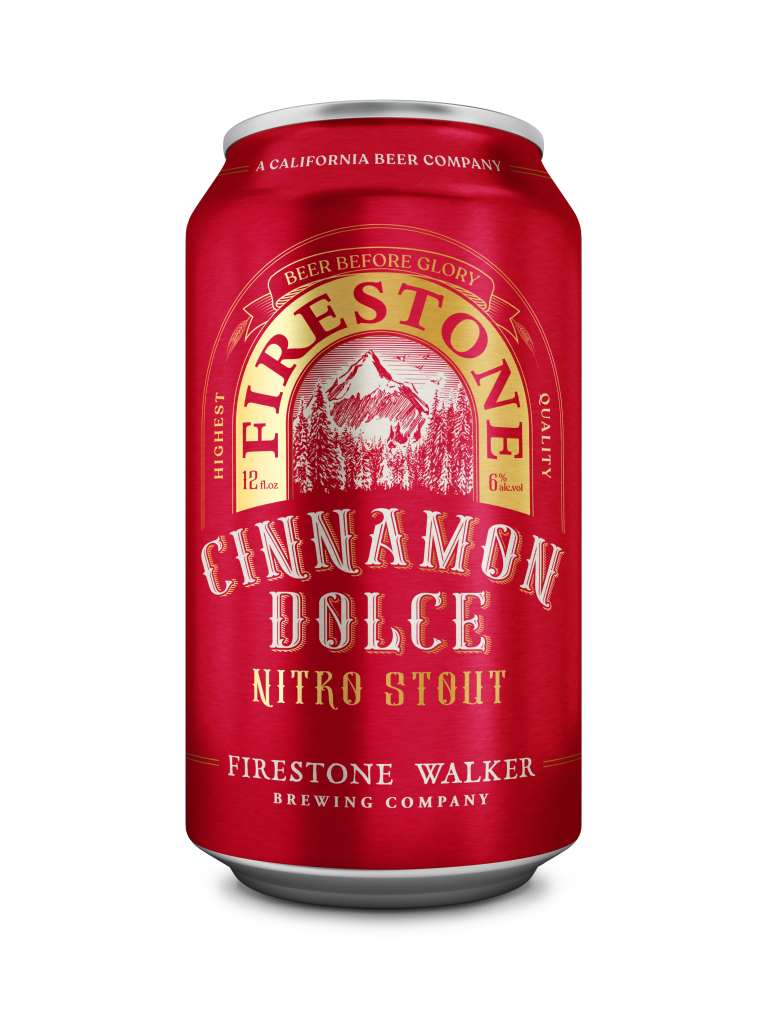 Colorado is a beer mecca, from craft brews to major brands. Breckenridge falls into the latter category, as it’s owned by Anheuser-Busch InBev now. But this Christmas Ale brings to mind its craft roots, with spicy hops notes and a base palate of chocolate, caramel, and vanilla notes. 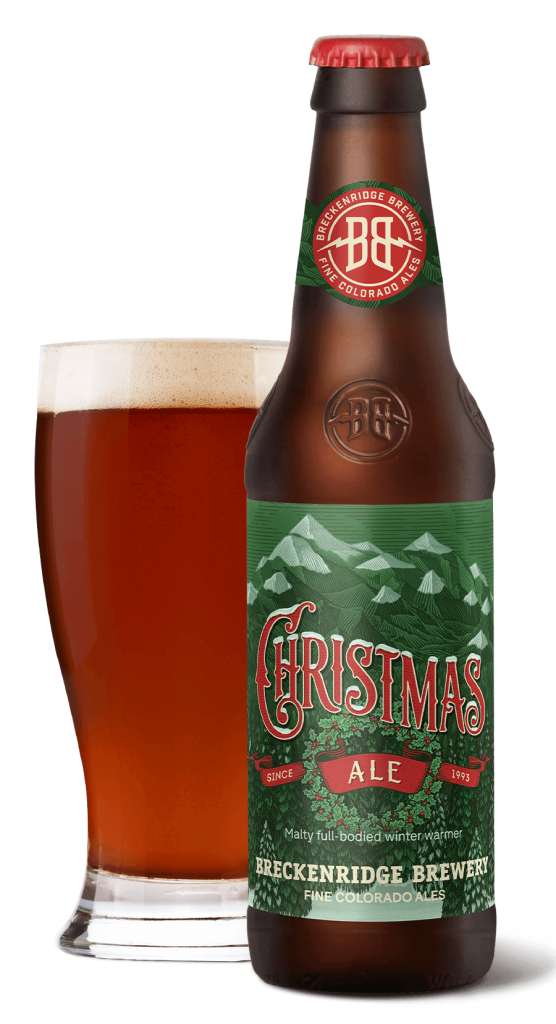