Bars are either closed outright or a (very) risky proposition right now, so more people are spending time experimenting with making cocktails at home. And if you’ve gradually moved on from combining Jack Daniels with whatever soda you have left in the fridge to classics like Old Fashioneds, Negronis and daiquiris, you may be wondering what you need to take a cocktail from good to great. If you feel like something is missing in your home bar setup, it may very well be a proper garnish.

Garnishes are sometimes used purely for embellishment in cooking and baking, but they actually act as a fundamental ingredient when you’re making cocktails. That’s because many classic cocktails only have two or three liquid ingredients, so the garnish can go a long way in adding flavor and aroma to your drink. And of course, they generate a bit of visual flair, which makes for a more pleasant drinking experience. Nowhere is the importance of garnish more obvious than the martini. A martini with a pick of olives is almost a different drink than the same martini served with the rind of a lemon.

Unlike spirits and liqueurs, fresh garnishes like herbs and fruit can’t be kept forever. That’s why it’s understandable to want to avoid buying any garnishes you might not end up using. The best way to decide which garnishes to buy is to simply think about the cocktails you actually like. Do you lean toward bitter Negronis and Manhattans? Then oranges are essential. Prefer refreshing Mojitos and Juleps? Mint will be your best friend. That said, there are a few garnishes that you’ll want to keep on hand no matter which cocktails you make. We’ve rounded up some essential garnishes, and included the cocktails you’re most likely to see them in.

Unlike lemons and limes, orange juice is infrequently used as a cocktail ingredient, save for a handful of drinks like the Screwdriver and the Ward 8. When orange is used, it’s typically just the rind. That’s the case with two of the most beloved cocktails: the Negroni and the Old Fashioned. The sweetness of oranges helps offset some of the bitterness of these cocktails. For both of these cocktails, you’re just going to want a slice of the peel with some of the pith (that white stuff under the peel). If you see orange flesh, you’ve cut do too deep. It certainly won’t ruin your cocktail, but you don’t want to overload a Negroni with sweetness. 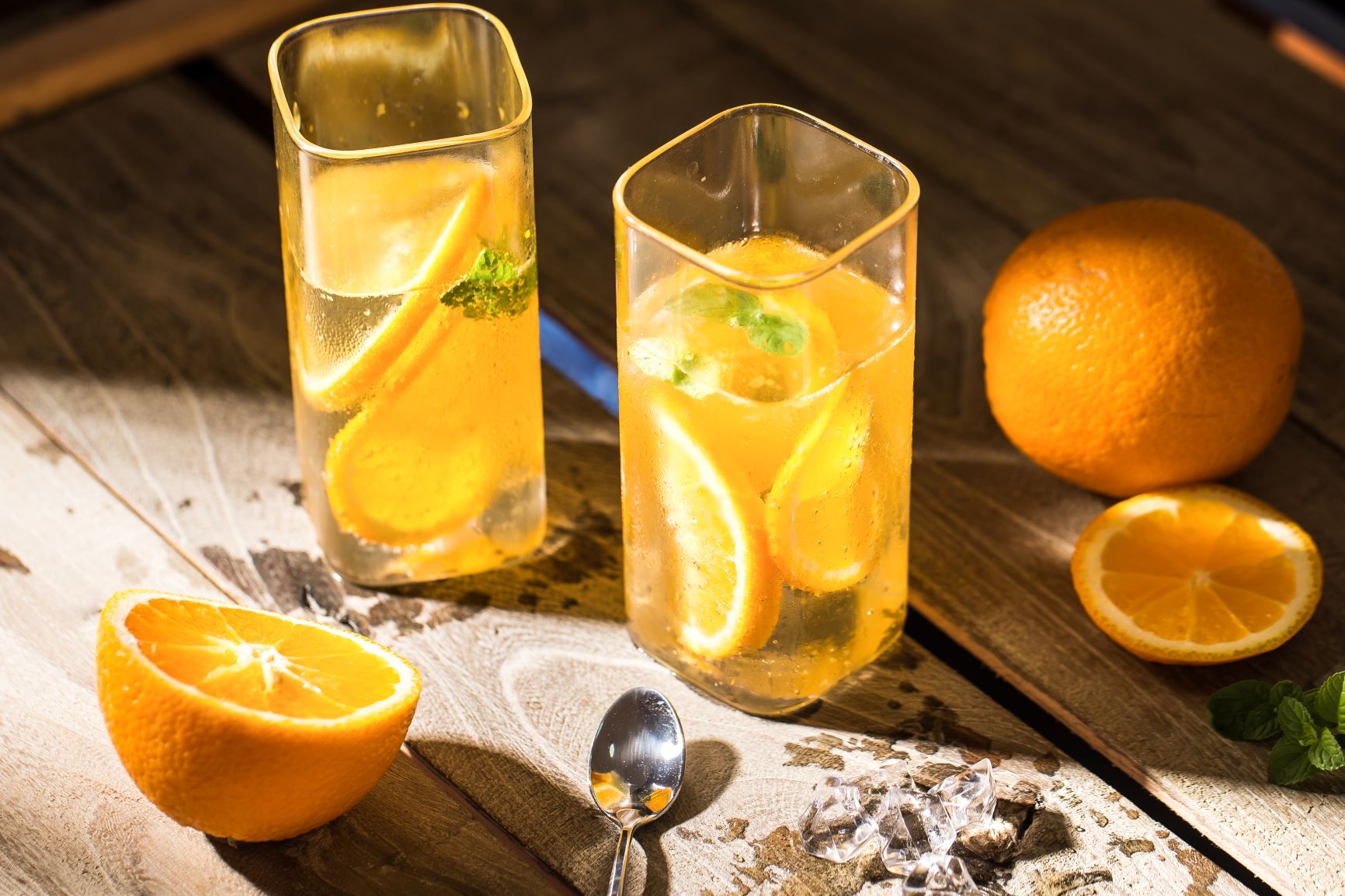 Lime is an essential ingredient in a lot of cocktails, ranging from margaritas to daiquiris to mojitos. Lime can also greatly enhance many mixed drinks, such as Rum and Cokes, Whiskey Gingers, and Gin and Tonics.  If you’re trying to wow someone, you can cut the lime into wheels or make spirals out of the rind. Otherwise, cutting the lime into wedges is a great way to get just enough of that tart citrus flavor without overdoing it. 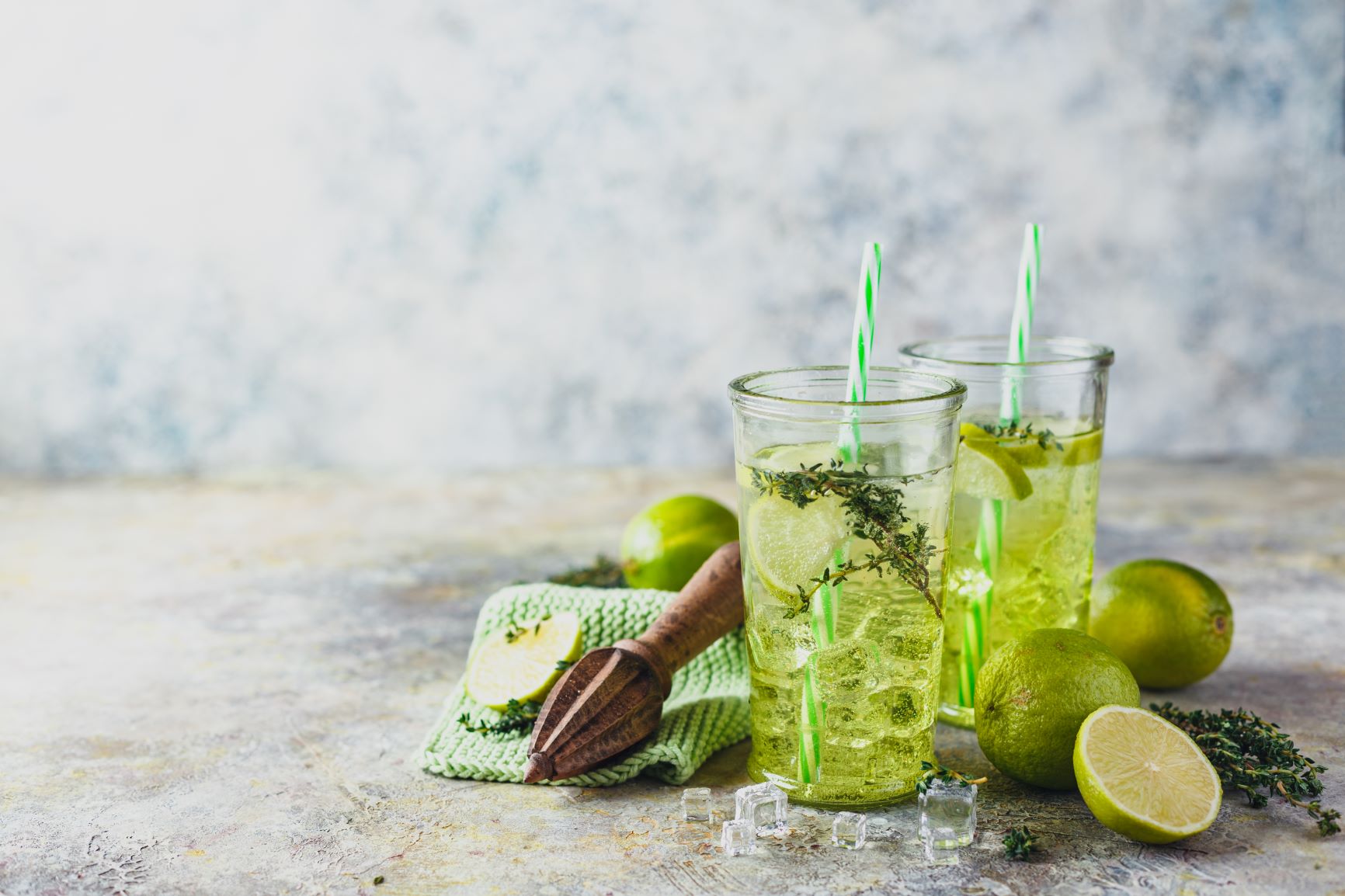 Lemon juice typically plays second fiddle to its smaller citrus cousin, lime, but it’s still an essential fruit to keep for a variety of cocktails. Lemon comes up in classic cocktails like the Sidecar, Whiskey Sour, and the Tom Collins. Orange is often used for a slice of the peel and lime is often used in wedges. For lemons, common techniques include cutting spirals from the rind or wheels. For example, a lemon twist is commonly added to martinis for anyone who doesn’t want olives. 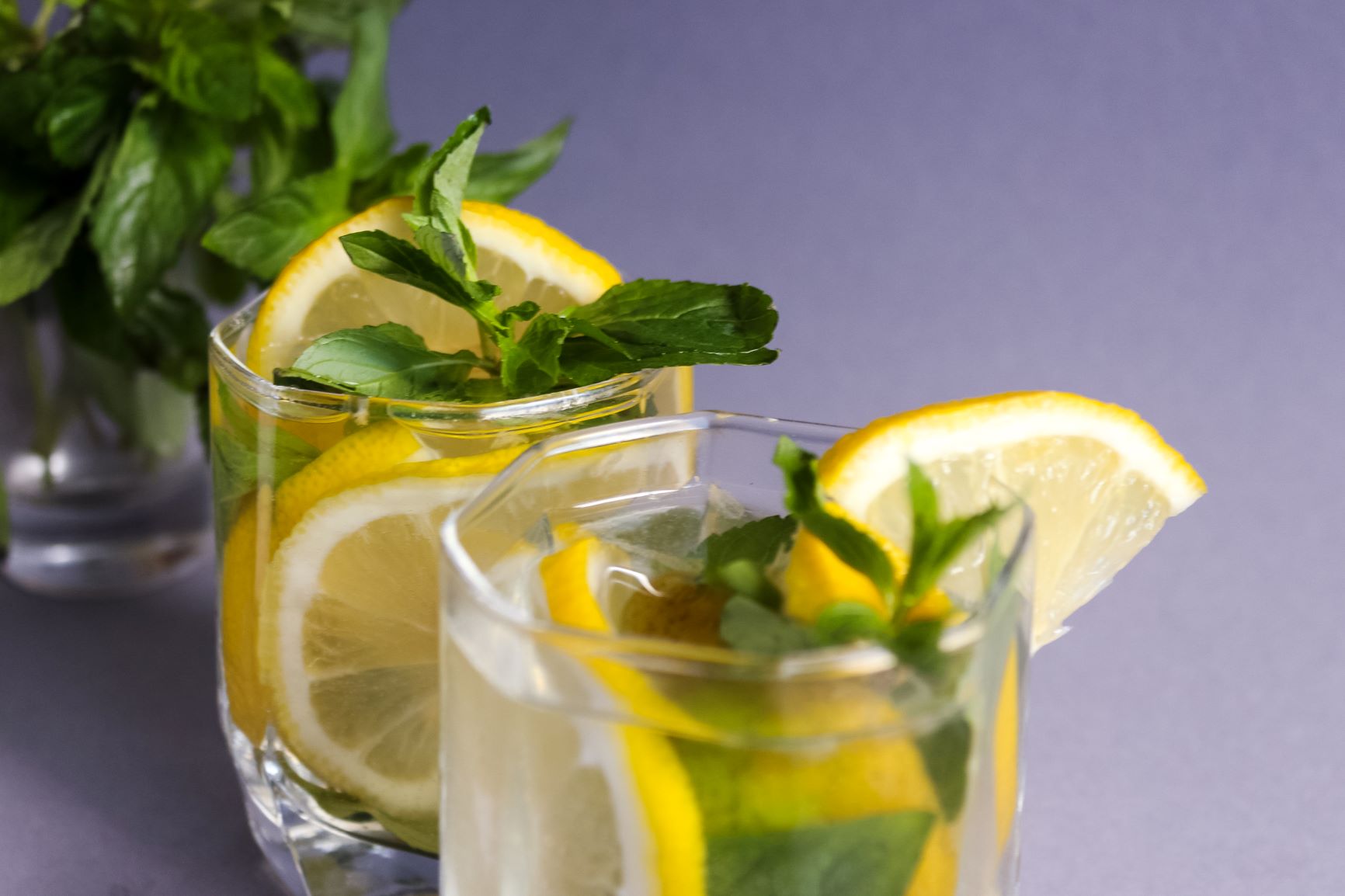 Candied cherries are used in a range of cocktails, including Manhattans, Old Fashioneds,  Whiskey Sours and Tom Collins. The cheapest option is a maraschino cherry, similar to what you’d find in an ice cream sundae. Some cocktail enthusiasts will tell you that these are too sweet, and you may feel the same way. If that’s the case you can either buy Luxardo cherries, which retain some of the tartness, or you can try making them yourself. You’ll notice that premium cherries are a dark, deep red, compared to the candy-color of cheaper options. Where citrus needs to be cut in some way, you can simply drop the cherry into the bottom of the drink, making maraschino cherries a very low-effort garnish. Alternatively, a cocktail pick will make for a classy presentation. 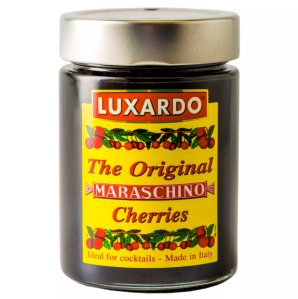 Mint is associated with several great summery cocktails. To properly use mint, you’ll need a muddler (or the bottom of a wooden spoon). A muddler helps release the aroma of mint in summery cocktails like the Mint Julep and Mojito. Since smushed up mint isn’t as appealing to the eye, adding a fresh sprig of mint is a nice way to make your cocktail look more presentable. 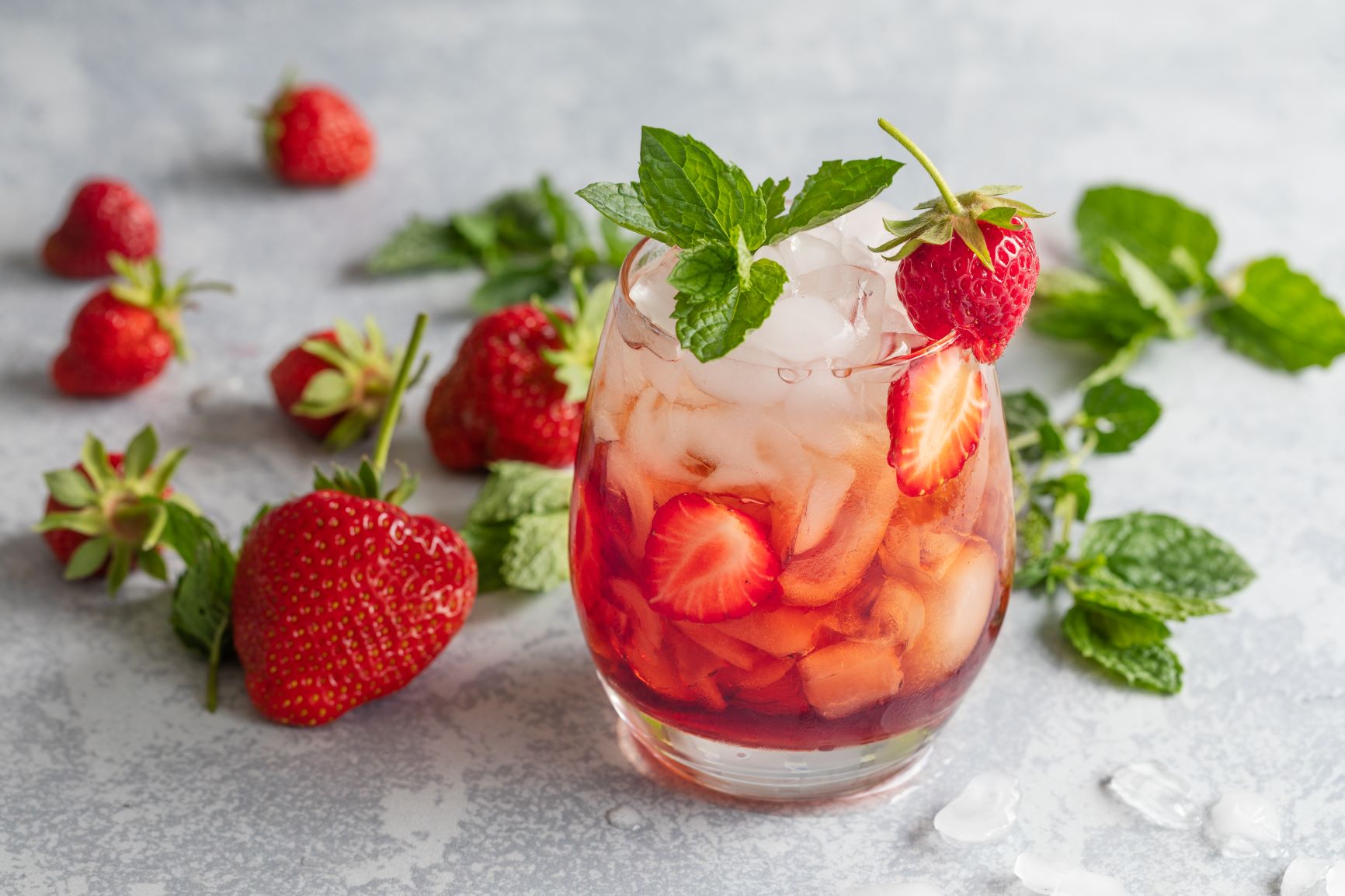 Olives are associated primarily with the Martini. That said, olives are also found in the Bloody Mary. When making a Martini, the most common technique is skewering one, two or three olives with a cocktail pick and dropping them into the martini glass. You can also use the olive juice to make a dirty martini. 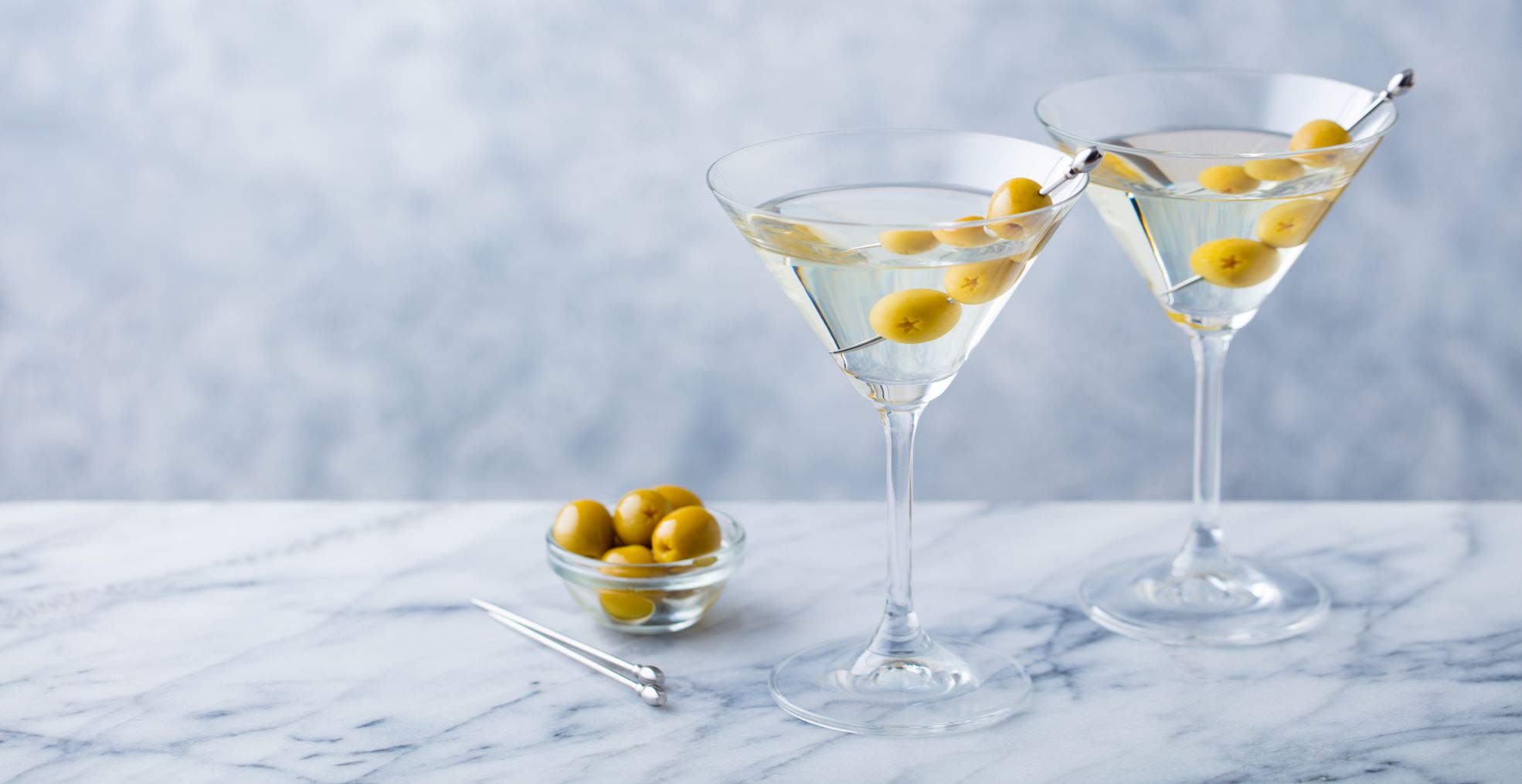 There are a few different cocktails that have either salt or sugar on the rim. The typically tart Sidecar can be enhanced by adding sugar to the rim. A salt rim is generally associated with the margarita, and that’s because salt and lime pair very well with tequila. The easiest way to garnish the rim is by putting lime juice or lemon juice on a cutting board, plate or bowl, sprinkling either sugar or Kosher salt, and placing the rim upside down onto the salt or sugar.

Below we’ve linked to a brand of salt that was designed specifically for garnishing a cocktail. It’s chunky and flavorful, to help bring that extra kick to your drinks. 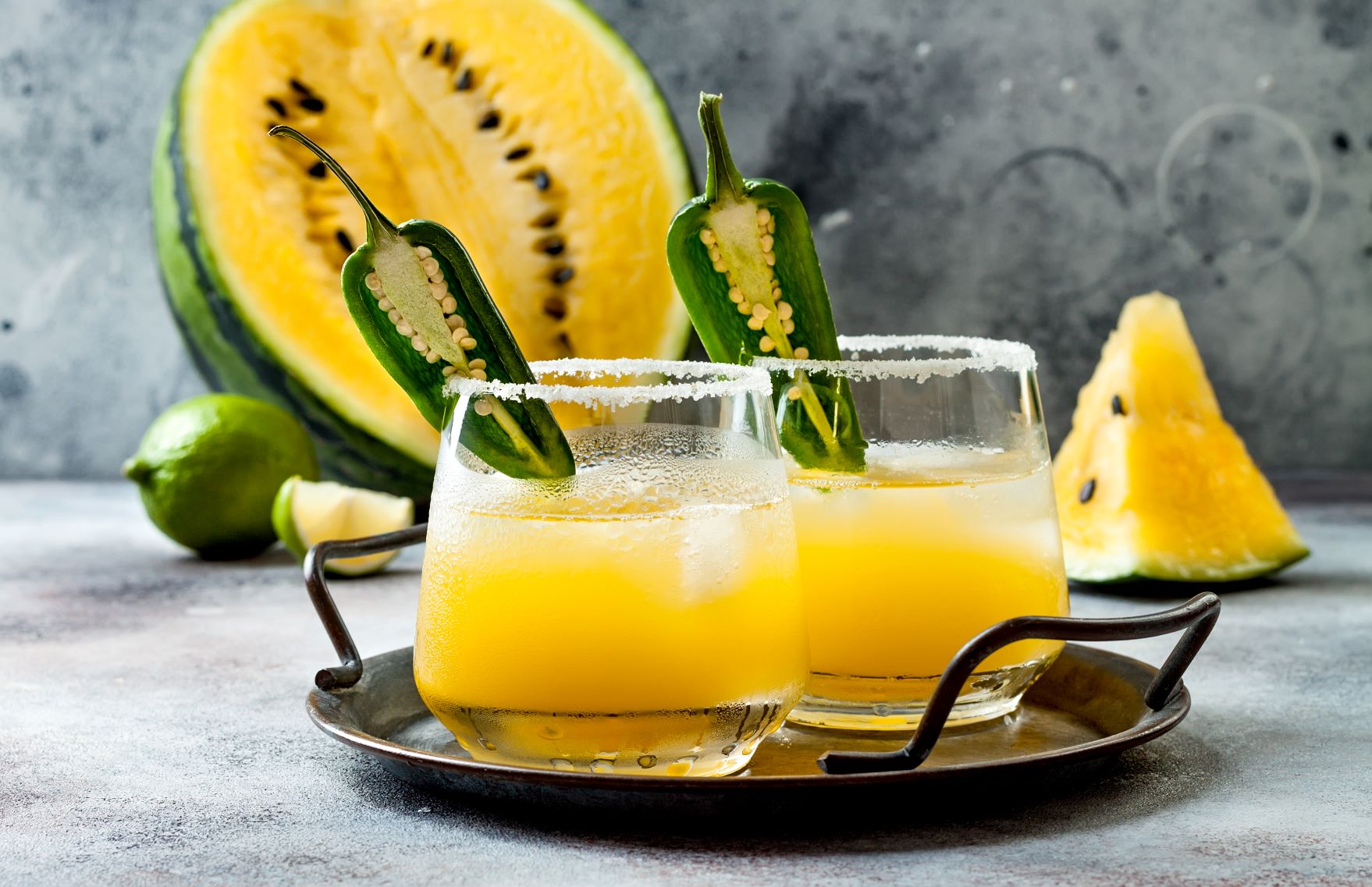 Make the most of your garnishes

You’ll need a few tools to make the most of your garnishes, especially when it comes to citrus. Below we’ve rounded up the basics for individual purchase. You can always opt for kits, but if you have a few of these already for regular cooking, it’s good to grab the specifics. For paring, peeling and picking, we’ve got the best options to get your garnish on.

This paring knife from Sur La Table will work well for citrus. It’s affordable and comes in a bunch of colors, like this fitting lime color. 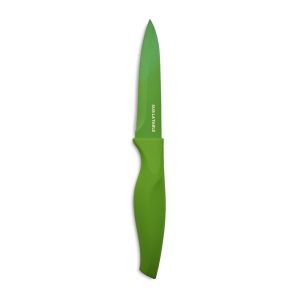 OXO is one of our favorite cookware brands, and this peeler is a great tool for getting a thin rind without too much flesh. Especially if you’re trying to get fancy, this is a great tool to have on hand. 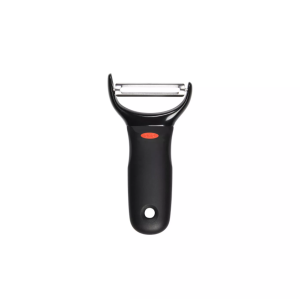 Sure, a toothpick works fine. But these cocktail picks are much cooler than the average toothpick. And, again, a good garnish is a beautiful garnish. 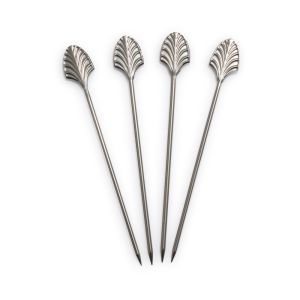 The 21 Best Tequila Brands for Every Occasion