Cognac is on the rise. In 2019, sales of Cognac increased for the fifth year in a row, and Americans are largely responsible: the U.S. brings in nearly half of all Cognac exports. Needless to say, now might be a good time to brush up on your knowledge of the French liquor and stock up your bar with a bottle or two from the best Cognac brands.

Whether you’ve never tasted a sip or you’re looking to become an expert, read on. In this article we’ll cover the following:

How is Cognac Made?

Cognac is a type of brandy, meaning it’s made by distilling wine. Cognac is specific because the grape harvesting and distillation process occur exclusively in two French regions, Charente and Charente-Maritime, which surround the commune of Cognac.

As with a great bottle of wine, Cognac starts with the grapes. The grapes are first juiced and fermented for two to three weeks, yielding a wine with an alcohol content of about seven or eight percent. This wine is distilled in traditional, legally-controlled alembic stills, which produces a colorless liquor called eau de vie (translating to “water of life”).

These eaux de vie are then aged at least two years in Limousin oak casks. Finally, different aged eaux de vie are typically blended by the maître de chai (the ‘cellar master’) to make the final product. The age you see on the bottle represents the youngest eau de vie in the blend.

And that’s about it. Because there are such strict laws on Cognac production, creation doesn’t vary as much as most liquors. Therefore, the variation in different Cognacs’ tastes comes down to the grapes and small tweaks by Cognac artisans. 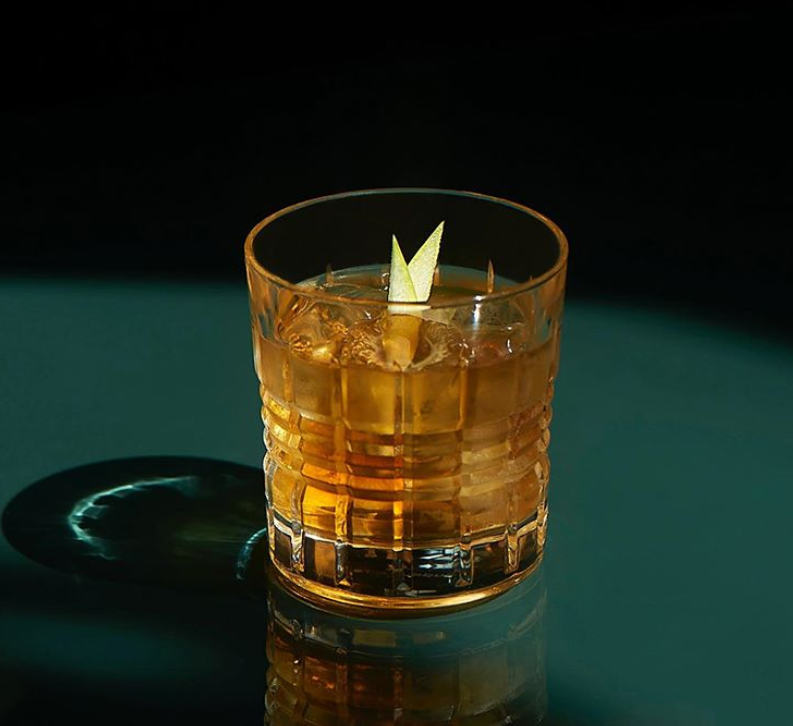 The History of Cognac

Although the French are proud of their famous liquor, Cognac was actually invented by Dutch settlers traveling through France in the 16th century. They needed to preserve their wine for long journeys, which lead some mystery genius drinkers to distill the wine into eau de vie. From there, various experiments with their new booze lead to the first brandy and subsequently the first Cognac.

But it wasn’t until 1946 when Cognac really became what it is today. That year marked the creation of the BNIC (Bureau National Interprofessionnel du Cognac) which is the French government bureau dedicated to upholding Cognac’s specifications. It quickly became a premium sipping treat for anyone that could afford a bottle.

But wait you might be asking, why do I hear Hennessy mentioned in every rap song? After some successful ads in Ebony Magazine in 1951, Hennessy started to become a staple of Black culture in America. More recently, rappers such as Jay-Z and Busta Rhymes have endorsed various brands of Cognac. This has brought Cognac even further into the limelight and given it a hip edge over other liquors.

How to Drink Cognac

Some people still think Cognac must be sipped from fancy crystal glasses in a mansion, but that’s not the truth (although it is a good option). Cognac is much more versatile than its reputation might have you believe.

The flavor of Cognac makes it an excellent cocktail base, pairing with everything from citrus to herbs. Some of the more famous cocktails include the Sidecar and the Vieux Carré. Both are great options, but we also recommend branching out with Cognac cocktails such as the Champagne Bowler or replacing whiskey with Cognac in your Old Fashions.

Of course, a high-quality Cognac will also shine by itself or with ice. When drinking Cognac straight, just be sure to use a glass that’s not too big and bulbous as it’ll trap the aromas.

The Cognac market isn’t as big and intimidating as, say, gin or whiskey, but it’s still hard to find the right bottle — especially if you’re just getting into the French export. To help narrow down your search, we’ve rounded up the best Cognac bottles at every price point.

Because Cognac is meant to be sipped, we chose this slightly sweeter, upscale bottle of D’usse as our number one pick. It’s complex and sophisticated enough for anyone with a taste for Cognac but approachable enough for any newbie to enjoy sipping on a special occasion. The flavor profile consists of honey, nuttiness and a little spice, coming together for an exceptionally smooth feel. Plus, it’ll look great in your bar, which is always a plus. 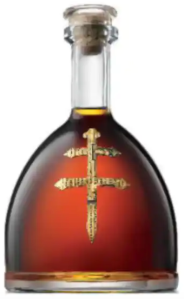 Although Cognac has a reputation for being classy and expensive, you can find a handful of relatively affordable bottles. This De Luze VS comes in at around $26 a bottle, making it a great option for regular evening drinks or a fantastic Sidecar cocktail. Expert tasters at VinePair voted the De Luze their favorite VS Cognac thanks to smooth taste notes of warm maple syrup, pepper and hints of apricot. The bottle is also significant, as the special neck aerates each pour.

Hennessy is the best-selling Cognac brand in the world with steadily rising sales in the U.S. The brand is owned by Louis Vuitton Moët Hennessy (LVMH) and like LVMH’s other brands (Dior, Dom Pérignon and Tiffany & Co. to name a few), Hennessy has become a mark of sophistication. But the best-selling Cognac is far from mass-market swill. This VS boasts one of the best flavor profiles in the world with apple, French oak and grilled almonds. It shines when neat, but we also recommend trying it in a Big Apple, the cocktail inspired by legendary New York rapper Nas.

If you’re ready to step up your Cognac drinking to a VSOP, we recommend trying this Camus Borderies (no connection to the author/philosopher Albert Camus). It’s not as well known as Hennessy or D’usse, so liquor snobs will be impressed to see it in your bar. Despite its plastic cap, this Camus is high-quality with a refined flavor profile of agave, caramel and moist vanilla bean.

XO Cognacs must have a youngest eau de vie of 10 years, but this Hennessy XO takes things up a notch. The aging process for this bottle takes 30 years, producing a rich flavor that’s equal parts sweet and spicy. It’s ideal for special occasions such as promotions, graduations or birthdays, and at this level, mixers are not recommended (maybe an ice cube). If you’re ready for a true one-of-a-kind drinking experience, the Hennessy XO is well worth picking up. 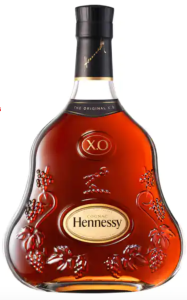 The house of Martell can claim more years of experience than any other brand of Cognac, as well as the number two most Cognac sales (after Hennessy). Since their founding in 1715, the brand has created esteemed blends including this (more attainable) Blue Swift VSOP. The flavor is well-rounded with both fruitiness and spice, making the Blue Swift an excellent choice for cocktails.

New to Cognac? Try a bottle of Rémy Martin’s VSOP. Rémy Martin is one of the most popular brands around, so it’s worthwhile for any newbie to give it a try. Rémy’s VSOP is higher-quality than their VS, and it should win over any Cognac skeptic. Plus, although it’s not cheap, the VSOP is reasonably priced for a premium liquor. The Rémy has a balanced flavor so you can enjoy it straight, on the rocks or in a cocktail. 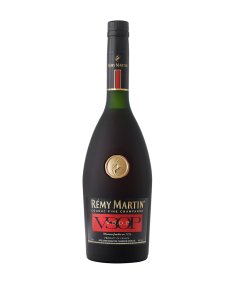 Cognac is one of the best liquors for gifting because it’s just plain special. If you’re looking for a bottle to give to a friend or family member, we recommend this VSOP from Meukow. It’s a less well-known house that the big guys, but delivers a silky, fruity profile that’s sure to impress any whiskey lover or newbie. And presenting the Meukow is sure to make a splash thanks to the bottle’s bold panther logo. 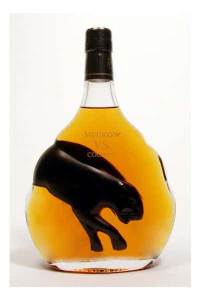 As with any alcohol, proper glassware is important for unlocking the full flavor. This bottle of Rémy Martin’s super-premium XO saves a trip to the department store by including four Waterford glasses that match the XO’s sophistication. There’s not much to say about the flavor of Rémy’s XO . . . except that it’s incredible. And when enjoyed in Waterford’s crystal glasses you’ll feel like a French king. 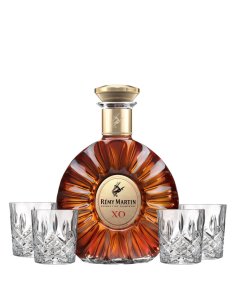 Anyone who thinks Dom Pérignon is a big flex has probably never heard of Remy Martin’s Louis XIII. This beyond-top-of-the-line Cognac costs and eye-watering $3,400, and boasts the most prestigious aging process of any alcohol. It takes over 100 years to make, aging in oak barrels that are several centuries old. Most of us will probably never taste a sip of the stuff, but it should be the dream goal of every Cognac lover. 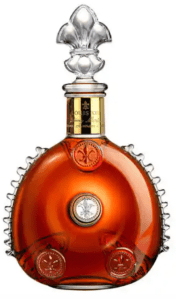 These Are The Beers We’re Drinking This Summer