During quarantine, lots of us have been playing amateur chef at home instead of going to restaurants. Sometimes, nothing feeds your soul like working your way through a cookbook, recipe by recipe. Rather than blindly clicking through the web, give back to black chefs by tuning into their culinary voices. Many accomplishments of black history can be explored and celebrated through food and the evolution of cooking across generations, oceans and struggles.

Much of the food culture that we know as a country today only exists due to black chefs, who paved the way with innovation and creativity. People have always forged connections over food, even if they come from opposite backgrounds. During a time when people are so divided and engaging in difficult conversations, maybe the best way to understand each other and change minds is to cook a recipe and try to learn the complicated history behind it.

Here, we’ve collected the top cookbooks by black chefs to add to your bookshelf ASAP. Keep your tastebuds happy and diversify your reading list with our favorite titles below.

1. The Red Rooster Cookbook: The Story of Food and Hustle in Harlem

Inside a remarkable neighborhood called Harlem, the Black Mecca of the world, is an institution with a legacy of its own: Red Rooster. This spot on Malcolm X Boulevard was named a famous Harlem speakeasy of the past, and chef Marcus Samuelsson continues to pay homage by serving up soul food favorites such as pecan and catfish. Samuelsson went on to write a cookbook that captured the restaurant’s spirit in classics like chicken-fat challah with crackling, or Obama’s ribs (made for the ex-POTUS himself), infused with plum and soy sauce. 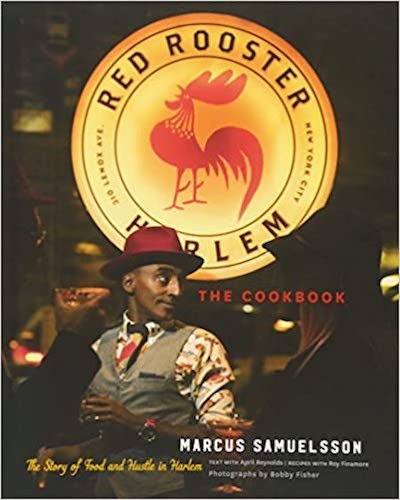 The Red Rooster Cookbook: The Story of Food and Hustle in Harlem

We’ve had an eye on Carla Hall since she skyrocketed to fame on Top Chef, and she hasn’t slowed down since. Made famous by dishes like her Nashville Hot Chicken, this book further celebrates a nuanced take on comfort food classics. It gives us a tour of soul food’s international history through Hall’s eyes, in mouthwatering meals like Cracked Shrimp with Comeback Sauce, Ghanaian Peanut Beef Stew with Onions and Celery, and a Caribbean take on smothered chicken with fragrant chiles, lime and coconut. 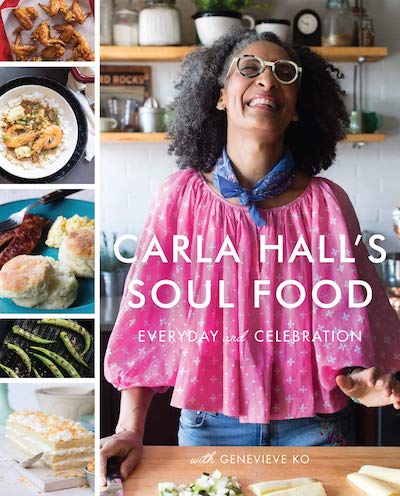 3. Son of a Southern Chef: Cook With Soul

Lazarus Lynch was a winner on the food competition show “Chopped” and for good reason. Growing up with both Caribbean and Southern cuisines, Lynch’s creations are a cultural mosaic. With a Guyanese mother and a dad from Alabama who ran a soul food restaurant out of NYC, Lynch has no shortage of family history peppered into this cookbook. It’s a modern take on soul food inspired by his dad but feels like a piece of art as you flick through masterpieces like Goat Cheese Brulee and BBQ Collard Green Salad with Crispy Bacon. 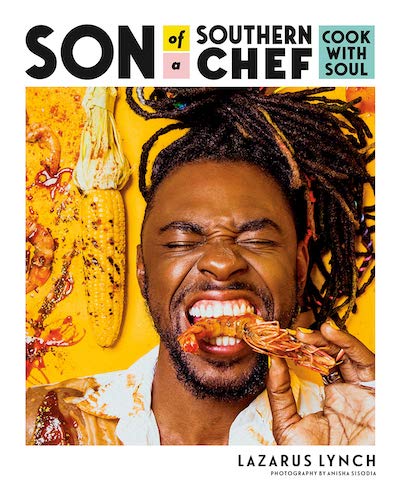 Son of a Southern Chef: Cook with Soul

With his fiery passion for Afro-fusion delicacies, chef Bryant Terry makes us want to eat our vegetables. An exploration of all things vegan, Bryant dismantles stereotypes around a plant-based lifestyle with a unique approach that’s gained him an army of followers. Rather than trying to recreate the flavor of meat, this food lover’s emphasis is on making veganism accessible and affordable for communities of color, instead of on an aspirational Instagram pedestal. Entrees are grown from diverse roots all over the map, from Berbere-Spiced Red Lentils with Creamy Cauliflower to Jerk Tofu Wrapped in Collard Greens. 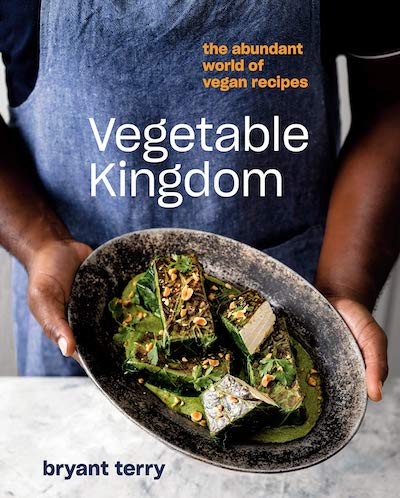 Foodies worldwide have heard of Oakland California’s Brown Sugar Kitchen, which serves up superb Southern food. It gained its famous reputation from its cornmeal waffles, coined by African-American cookbook author and chef Tanya Holland. The lighter-than-air waffles are enhanced by cornmeal and are fluffier than any competitor — many restaurant critics will confirm. They sell out fast, but you can recreate Holland’s iconic recipe from your own kitchen with her Brown Sugar Kitchen cookbook, which also includes gems like herbed mushroom spoon bread and sweet potato scones glazed with brown sugar. 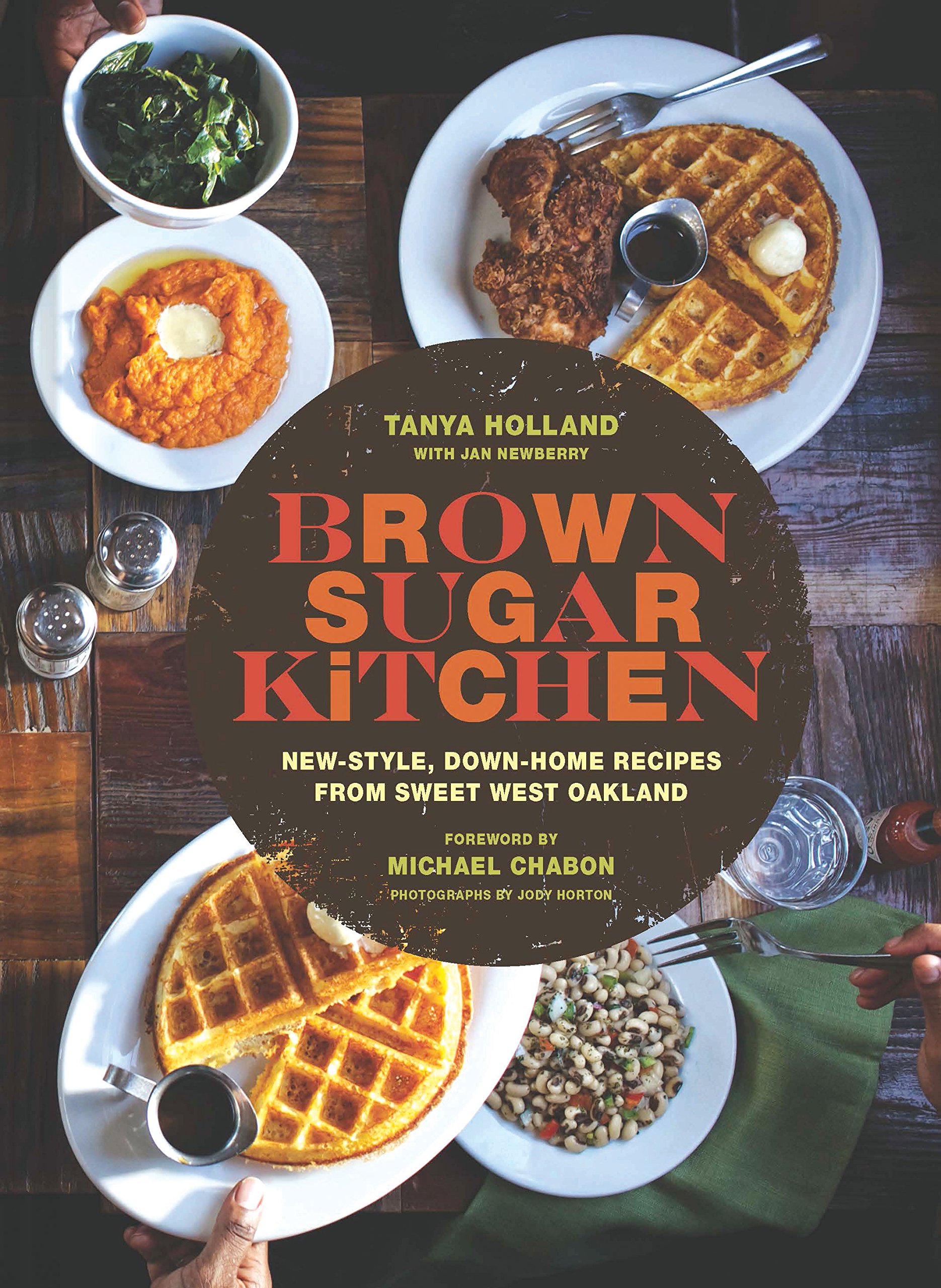 Authored by fitness influencer Kevin Curry, this cookbook makes diet goals a lot less daunting by infusing delicious recipes with healthy ingredients. Peruse through traditional dishes made healthy, such as a lightened up Low-Carb Jambalaya and Southern Inspired Banana Corn Waffles. Best of all, With a focus on meal prep, these dishes wake up your taste buds but aren’t too complicated to prepare. Each recipe comes with its detailed nutritional info, so you can easily break down what you’re consuming. 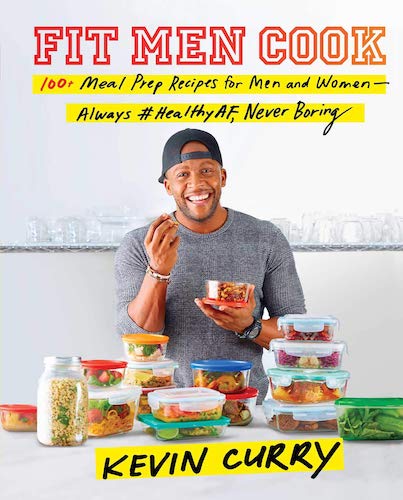 Jubilee has received widespread praise from critics and the public as a groundbreaking recipe book, even earning a coveted James Beard award. With the research of over 400 African American cookbooks, It looks past Southern food, diving into the complex African diaspora over multiple centuries with unusual dishes like Senegalese-style Braised Lamb Shanks With Peanut Sauce, and Biscuit Topped Pot Pie. Beyond being a book of carefully assembled ingredients, Tipton-Martin’s work is an exploration of food meets black history, providing nuggets of education that we can all learn something about. 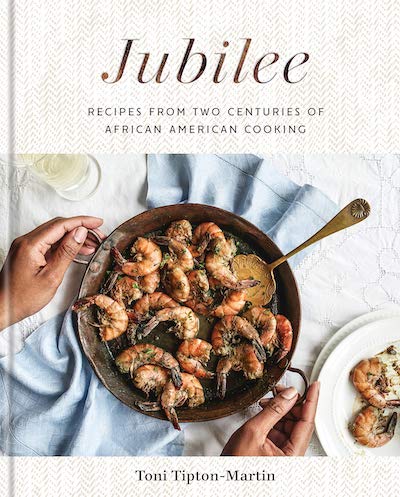 8. The Back in the Day Bakery Cookbook

Written by husband and wife duo Cheryl Day and Griffith Day, this collection of NYT-winning recipes was created based on the resounding success of their business Back In The Day Bakery, in Savannah, Georgia. A celebration of all things Southern, these meals might not be the healthiest, but they’re each a decadent expression of love and joy representing the Days’ philosophy. For your next gathering with friends or family, pick from any one of these popular recipes, including a savory Pancetta-Fontina Bread Pudding, and a S’mores Pie that might put you in a food coma. 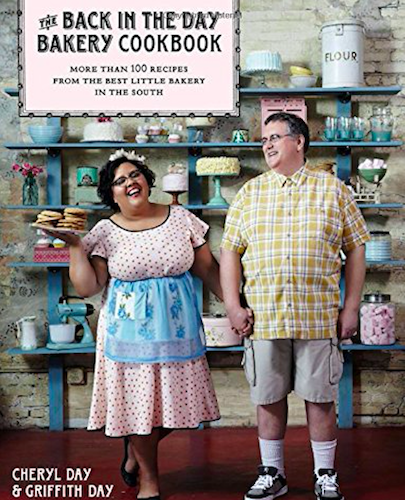 The Back in the Day Bakery Cookbook

This vibrant, full-color vegan cookbook demonstrates how to make Southern food plant-based, using sugar, spice, and everything nice, which includes smokiness, and most importantly, soul. Fans of flavorful breakfast foods won’t be disappointed, and will soon be dreaming of Claiborne’s sweet potato pecan cinnamon rolls, topped with a root vegetable-based frosting. Jenne Claiborne’s writing focuses on the importance of local and seasonal ingredients and teaches us about their various health benefits. Carnivores might turn into converts once they try the Peach-Date BBQ Jackfruit Sliders. 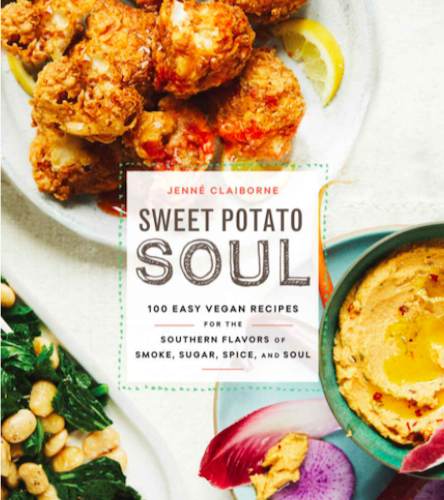 10. The New Way To Cake: Simple Recipes with Exceptional Flavor

Baking isn’t for everyone, but after one glance through The New Way to Cake: Simple Recipes with Exceptional Flavor you’ll want to give it your best shot. The Great British Bakeoff author Benjamina Ebuehi takes recipes way beyond your standard birthday cake and features ingredients that you wouldn’t usually incorporate. Think plum-black pepper cake, Caramelized Plantain Upside-Down Cake, and Cardamom Tres Leches. This Nigerian chef prefers to focus on ingredients rather than looks and opts for minimal decor. 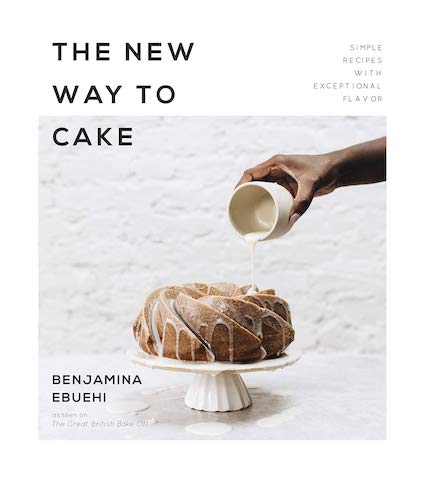 The New Way to Cake: Simple Recipes with Exceptional Flavor

The Best Cooking Classes You Can Take Online