We’d wager you’ve got a few reliable keys you look for when ordering a beer: cold, fresh, and ideally, ready at a moment’s notice. Well, we’ve got news for you, the best craft beers can check off all those boxes, with better flavor and quality than stuff from “the big guys.” Sure, there’s a time and a place for ordering a mass-produced beer, but we’re of the opinion that, just as with finding a quality flannel shirt or a pair of jeans, sometimes, smaller batches and careful attention to detail just yield better results. If you’ve been a craft beer fan for years, you know this, and you don’t need us to tell you twice.

We’re not quite talking about beer brewed in ultra-small quantities, as in local homebrewers, but the same principles hold true.

If you’re just cracking open a proverbial first can and taking a sip of the world of craft beer, then welcome: Belly up to the bar and join us. Craft beer is an umbrella term with some ever-shifting dimensions, but just know that for now, the definition of a craft brewer means small and independent, not unlike that one-shop-only menswear boutique you love. Craft beer styles tend to run the gamut beyond big-time lagers, using ingredients that are more difficult to find, plus processes that are more nuanced. Where to begin? Well, we’ve rounded up a few of the best craft beers to try right now, with a focus on beers you can enjoy just about any time and place. Cheers to your next happy hour.

Sierra Nevada Pale Ale is truly the stuff of legends, a pioneering beer that gradually introduced American consumers to the wonders of a pleasantly bitter, clean and fresh ale that calls to mind the Western mountains of Sierra Nevada’s home. It’s the definition of an “anytime” beer in our book, easy to imbibe alongside holiday meals, ready to cool you down after a hot spring or summer day, and available just about anywhere great beer is sold. A major bonus that helps the brewery stay true to its roots? They remain 100 percent family-owned. 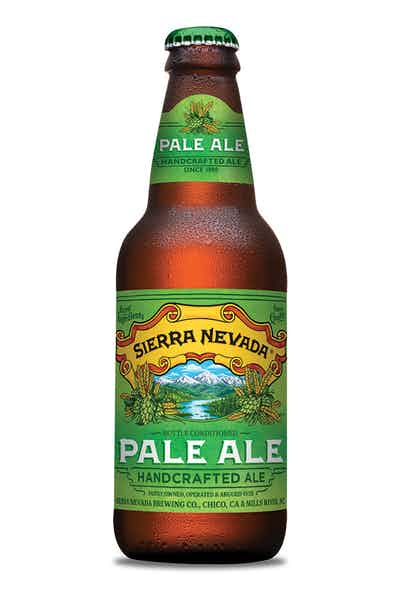 If you follow the craft beer industry, you know that Bell’s — long a holdout among independent brewers — was recently acquired by the Australian brewery Lion in a partnership with Colorado brewer New Belgium. So, the definition of craft beer doesn’t quite fit. But, that’s not what’s important here (for now). Bell’s Two Hearted is still made the way outgoing founder Larry Bell intended, packed with Centennial hops featuring aroma notes of pine and citrus. It’s a beer that’s so great and so iconic, we’re willing to let semantics slide just this once. Seriously, you’ve got to try this beer. 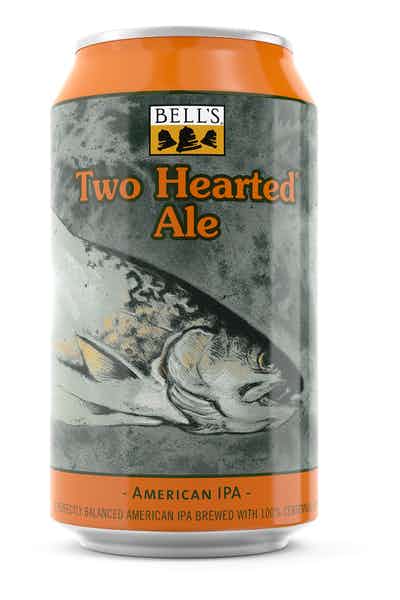 Every great craft beer starts with a great story, like Allagash founder Rob Todd building his own brewing system by hand in a Portland, Maine warehouse back in the ’90s. Todd’s initial efforts to sell Allagash White, a curiously cloudy wheat ale featuring coriander, were unsuccessful and frowned upon, and it took the region and the drinking public some time to catch on. Now, Allagash White is one of the most beloved beers on the market among suds enthusiasts, balancing orange peel and coriander flavors with a refreshing finish. It’s another beer we could go for anytime, anywhere (responsibly, of course). 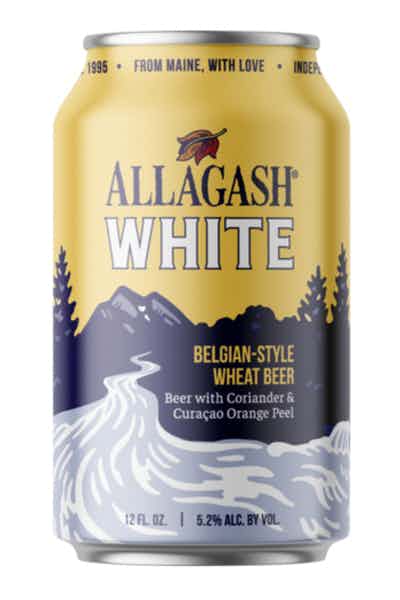 If you’re new to the world of craft beer and crave a clean, light beer with familiar color, one that can be imbibed in large (again, responsible!) quantities, then the Vliet Pilsner is your best bet. It’s a remarkable beer, packed with engaging, clean and herbal flavor. Even if you’ve tried it before, it’s a delight every time. It really is one of the most easy-drinking craft pilsners you’ll find, and it pairs incredibly well with a timeless American cheeseburger if you want to lean into the tried-and-true appeal. Better still: Stop by the brewery itself when in Brooklyn if you want to try it at the source. 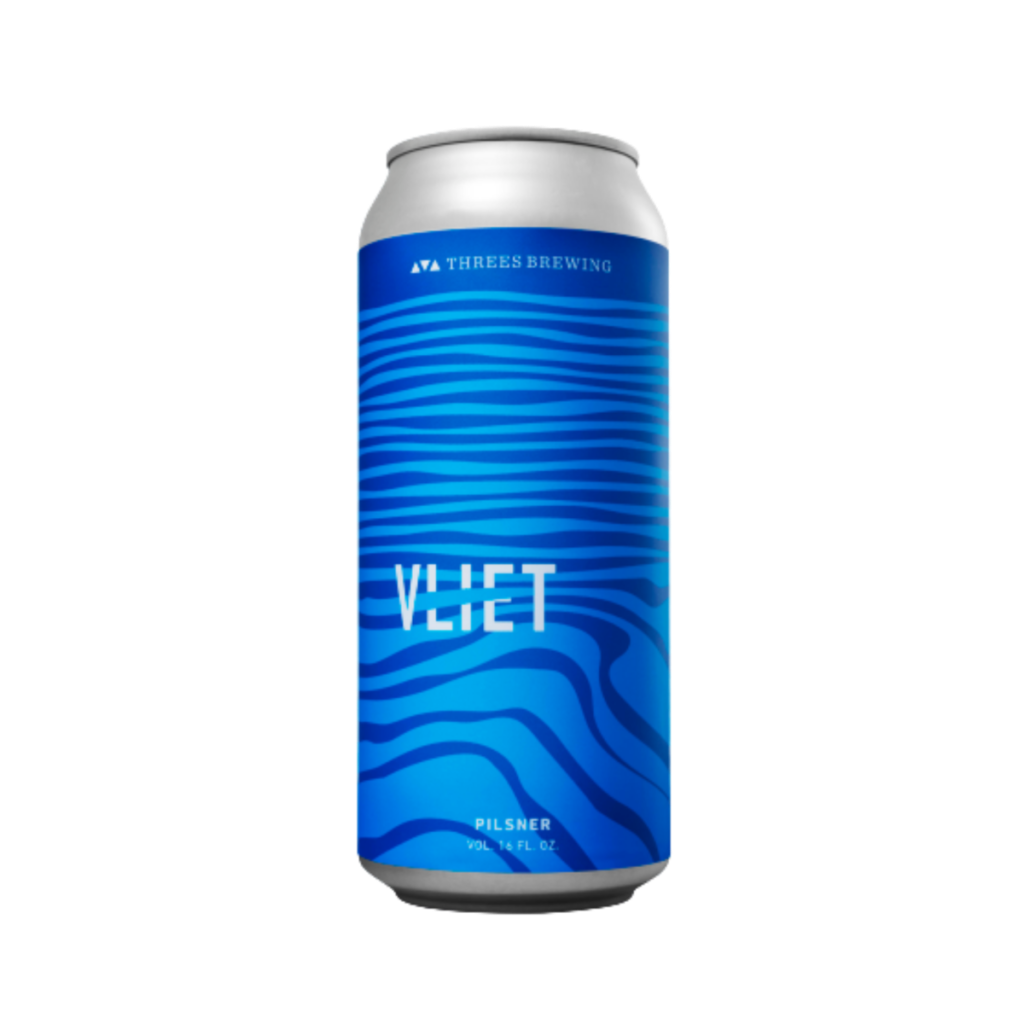 5. Other Half Green City

Walk into any bar in America (and well beyond that), and you’ll hear someone order an IPA, or perhaps, a hazy IPA. The hazy IPA is different than the Bell’s or Sierra Nevada beers we’ve recommended here. It’s extremely juicy and often even creamy, and when poured from a can or enjoyed on draft, it’s truly hazy in terms of its consistency. That’s because hazy IPAs aren’t filtered or pasteurized, and they feature tons and tons of hops to give it that citrus-packed flavor and aroma. There’s a lot going on with the “hazy IPA” (officially defined as a beer style in 2018 by the Brewers Association), and Other Half — based out of Brooklyn — has done quite the job staking its reputation on IPAs aplenty. Stock up and savor accordingly. 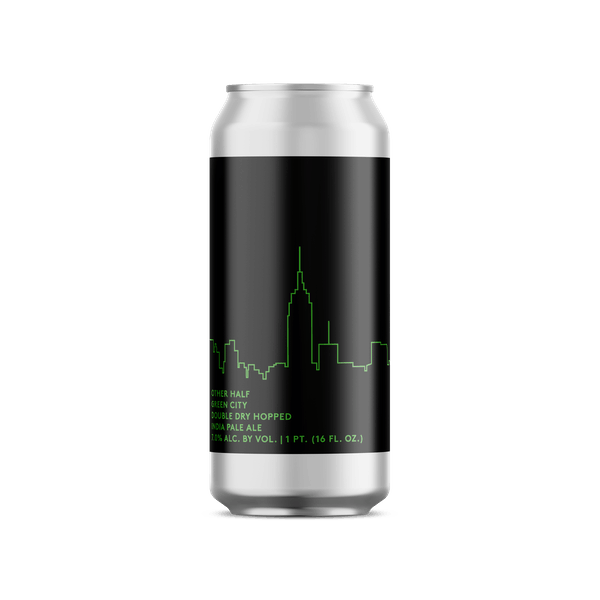 Other Half Green City

We’ve already covered the best craft pilsner, but let’s return once again to flavorful light beers everyone can enjoy. A lager falls within the pilsner umbrella, but pilsners (long story short) use different yeast and are more aggressively hopped. Jack’s Abby also makes a fine pilsner (that’d be the Post Shift Pils), but the grainy, light, flavorful house lager from Jack’s Abby is also a nice addition to your beer fridge. It’s an easy-drinking beer that pairs especially well with cured meats and creamy cheeses. 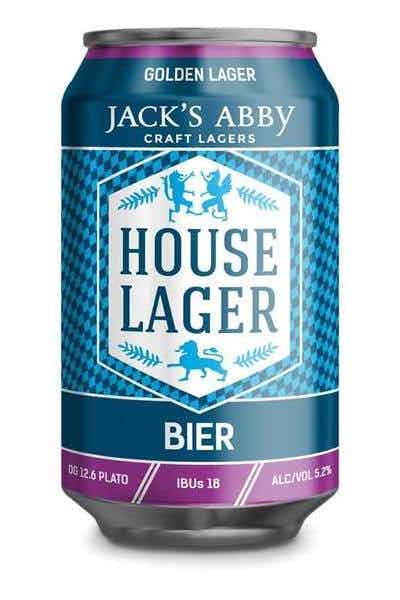 We’re using the term “dark ale” here quite loosely, as this cleverly named beer from the always-bold brewery is technically an American Strong Ale, but let’s focus on the suds themselves, shall we? This ale packs a serious punch, delivering toasty and malty tasting notes with more of a boozy character than some of the other beers on this list. That makes it ideal for cold-weather imbibing in particular. Plus, it’s a nice beer to have on hand if you’d only prefer to sip on one, rather than cruise through a six-pack of a lighter beer (hey, it happens). Enjoy responsibly and savor every sip. 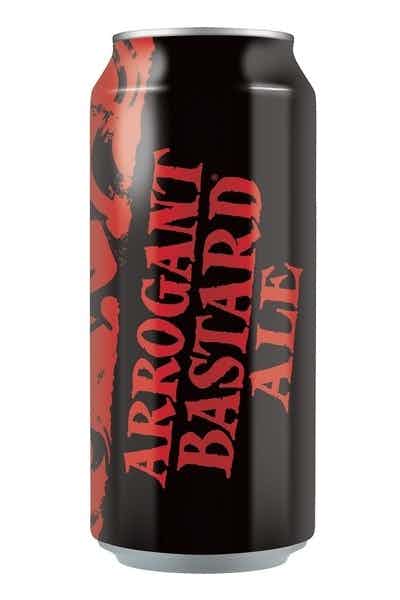 Make no mistake: Oskar Blues Brewery is a pretty ubiquitous craft brewer with multiple locations across the country and one beer (this beer) for which it’s best known. If you’ve been looking to shake up your beer fridge with a crushable pale ale that leans heavily on caramel and honey flavor notes, this is the much-loved beer to try now. We’ll offer bonus points if you team it with a side pour of whiskey at your favorite neighborhood bar. Think of it as a hard-working beer for hard-working people like yourself. 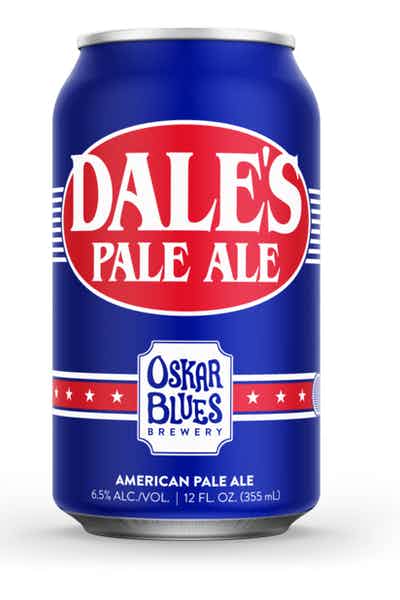 Some beers take on a life of their own through the years, with word spreading through the proverbial grapevine (or rather, hop vine), passing on tales of a legendary drinking experience. Dragon’s Milk is one of those beers, with a cult following and a real “wow” factor in terms of undeniably amazing flavor. It’s the use of bourbon barrels in the aging process that imparts this beer with tasting notes encompassing everything from vanilla to oak. We’re willing to bet it’s unlike any beer you’ve tried, much less any stout. And if you find yourself in Grand Rapids (Beer City, U.S.A), you’ve got to visit New Holland. 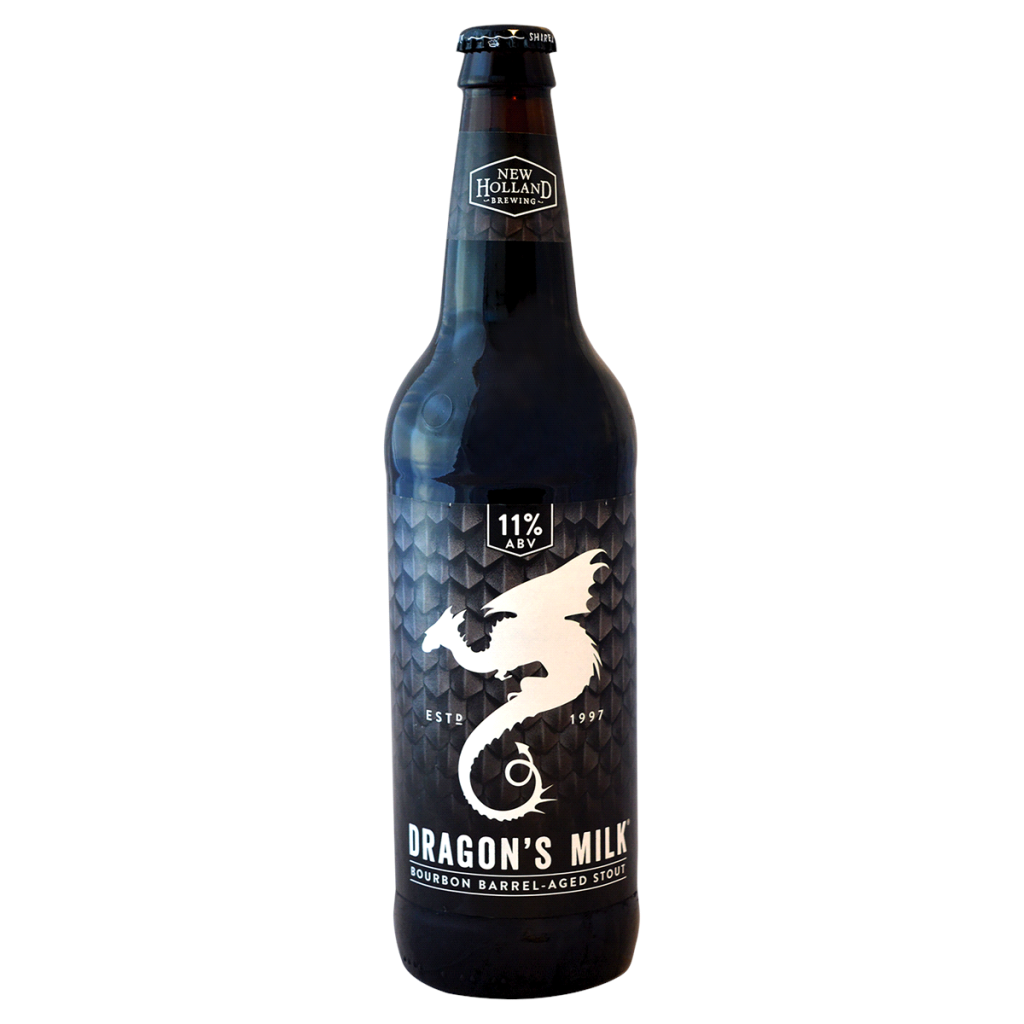 The craft beer cooler is overflowing these days with quality beers at nearly every price point and in every style imaginable, and even within those stocked shelves (literally and figuratively), there are beers that stand out. Although it’s a double IPA, Lawson’s Sip of Sunshine is an exceptional drinking experience right out of the can, the same way you’d enjoy a more traditional lager. It’s also uncommonly smooth, and the brewery prides itself on its freshness, too. Sip of Sunshine does many things at once, making it a reliable standby and a true must-have in your beer fridge. 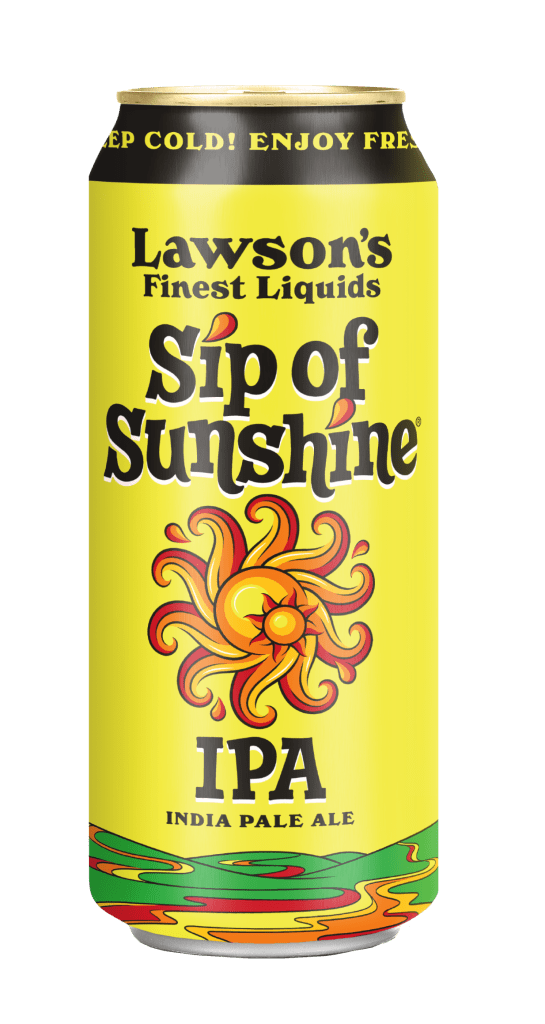 ‘Tis the Season To Drink Something Fun: The Best Christmas Beers To Buy in 2021