Here’s a scenario you know all too well: you wake up on a Sunday morning at noon and there are three glasses of water on your nightstand. You prop yourself up and it hits. There’s a shooting pain in your cranium. You grab each glass of water and chug one after the other along with some Advil in a matter of seconds. You take a gander around your room looking for some clothes to throw on but notice you’re already wearing everything that you wore out last night. You run to the bathroom, and there goes everything you drank last night out of the end, well, that you didn’t want anything to come out of.

It’s settled. You’re hungover as all hell. But hey, at least that means you had a fun night, right?

At this point, you know it’s about time to replenish that bod with a little (or a lot of) something lip-smackingly tasty. While every option on your mind isn’t necessarily the healthiest, you deserve the cheat day after last night’s antics. From pizza rolls to bagels, we narrowed down the best hangover foods to either order now or keep in your freezer for the next time you wake up feeling like you made some poor decisions the night before. Read on and peep what to gorge — your body deserves it.

Ahhhh, the classic. If you happen to wake up and it’s still breakfast time, which is really any time before 4 p.m. on a Sunday, you know how well the classic BEC will hit the spot after a long night out. Whether you have all of the ingredients at home or choose to order delivery from the breakfast spot that’s only a three-minute walk away, pairing crispy bacon, ooey-gooey cheese, fluffy eggs and a toasted everything bagel (we know your favorite’s everything) together seems like a choice befitting of a king.

Feeling a little spicy? You know the deal. Add a little bit of your favorite hot sauce on top and get that kick you want. Adding hashbrowns or some avocado slices always mix well with the classic BEC trio, too, so feel free to get creative. Avocados are also packed with tons of potassium, which will combat any dizzy spells and muscle weaknesses your hangover might be causing. And if you’re from Jersey, don’t even get us started on Taylor Ham. Replace bacon with some disc-shaped goodness any day of the week, you won’t regret it. 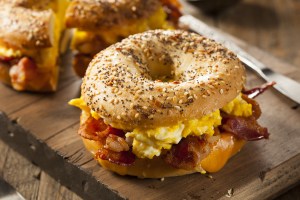 Burn the hell out of your mouth and love every second of it. That’s the only way to enjoy a Totino’s pizza roll, we don’t make the rules, it’s just how it goes. We put these babies in the same realm as Ibuprofen because they’re essentially hangover medicine. Not only are they delicious, but in our experience, they tend to act like glue in the body and help fluids leave in the right end again. Sorry, that was disgusting, but it’s true. Plus, you can’t hate on saucy, cheesy pop-in bites — they’re way too delicious. Snag a bag to keep in your freezer for next time and see what we mean. 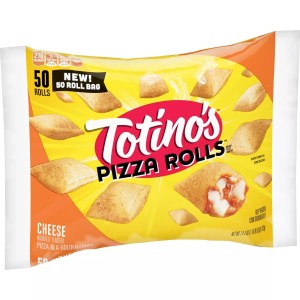 Don’t worry, we still have tons more comfort foods headed your way, but watermelon is a pretty effective hangover cure for reasons you might expect. Watermelon is packed with, you guessed it, water. Most hangovers are caused by dehydration, so adding a bit of watermelon to your diet the day after drinking may have the ability to soothe any aches and pains you caused yourself the night before from solely drinking vodka Red Bulls while sipping zero water in between. Watermelon also has L-citrulline, which is a nutrient that might help increase blood flow. 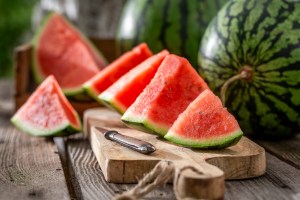 The healing qualities provided by Kraft mac & cheese are genuinely incomparable to any other pasta/fake-cheese combo on the market and we don’t even know why. Maybe it’s because it’s one of the first comfort moods our taste buds ever interacted with when we were kids? Who knows. If you’re suffering from a crappy hangover, Kraft mac & cheese certainly won’t cure it, but it will help given the fact it’s so damn tasty. Macaroni and cheese in shapes hits harder than shells or noodles, so get your hands on this Paw Patrol box and get cookin’. 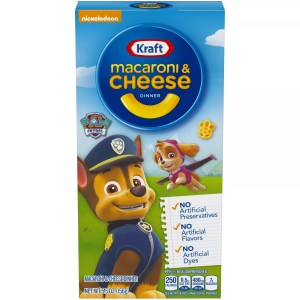 Splurge and get ordering with your favorites from McDonald’s. We know, it isn’t the healthiest, but who cares? Start your diet up again tomorrow. Various apps such as UberEats, DoorDash and Postmates will bring the golden arches right to your front door no matter how much you order. From Big Macs to crispy fries to McFlurries, if that damn ice cream machine isn’t broken, get what you want in a matter of minutes. Just don’t forget the extra sauce. Never forget the extra sauce. 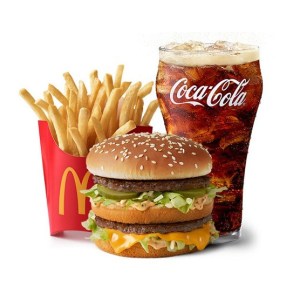 Your local Chinese takeout spot already knows you by name, so give them a phone call and order your favorite meal. Or three of your favorite meals, you do you. Most Chinese takeout locations have endless possibilities when it comes to food, especially combo meals, so whatever you’re craving, they’ll probably have. Snag that mu shu pork combo with veggie fried rice, an order of shrimp lo mein and hey, even throw in some of their pizza while you’re at it that you have to love. If you’ve ever ordered Chinese takeout before, you know that food normally comes in less than thirty minutes too, so you’ll be snacking in no time. 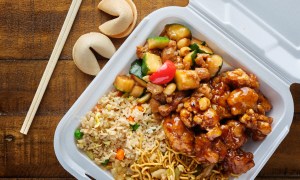 Coconut water has some of the strongest qualities for battling intense hangovers over any other product on the market. This stuff has the ability to flush out toxins and rehydrate your body, while in turn, it can ease any headaches and nausea you might be suffering from. While it isn’t everyone’s go-to comfort beverage, we suggest having a few bottles in the fridge for days where you’re really feeling it. 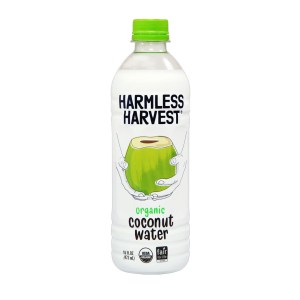 Boneless wings are the appetizers of all appetizers. We’re 100% here for a no-mess wing alternative, especially when our muscles are feeling super weak in our hands and we’re too lazy to clean out fingers. Flavor possibilities and restaurant choices are completely endless, too, but we have four favorites tied hand-in-hand. No judgment, okay? But the best of the best boneless wings come from Applebee’s, Wingstop, Buffalo Wild Wings and TGI Fridays. It’s not up for debate. If you try telling us the best wings are from like, Chili’s or something, you’re just wrong. No offense to Chili’s or anything, she just isn’t our jam in the wing department. While most of these restaurants are available on apps like UberEats, DoorDash and Postmates depending on your area, you can also purchase some boneless options online to throw into your oven or air fryer whenever your body needs a little hangover treat. 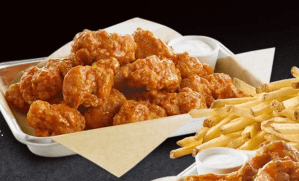 Reimagine your elementary school sick days with the canned recipe that got you through head colds and flus alike. As the OG sick-treatment brand, Campbells has had our back since we could tell mommy, “I don’t feel so good”. Whether you actually didn’t feel well or needed to get out of a first-grade spelling test, a can of hearty chicken noodle soup brought you from feeling 0 to 100 no matter what. It has the same effect it did in your pre-teens as it does your 20s and 30s. So no matter how hard your hangover’s hitting, this old school way of combating sick days might just do the trick again. 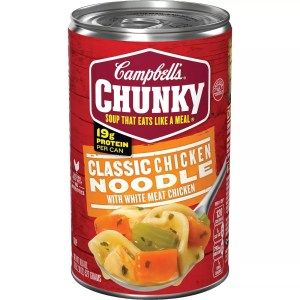 If you can stomach their large portions, we totally suggest grabbing some Chipotle for your next hangover meal. While it’s incredibly filling and delicious, your order might even help combat your Sunday Scaries and reduce your anxiety. All you have to do? Double up on the beans. Booze has a tendency to diminish magnesium, which is essential for controlling anxiety. Beans are actually packed with magnesium, which will completely combat your anxiety-related issues. So, any time your friend judges you for eating Chipotle more than once a week again, you can just claim it’s to beat anxiety. You can also easily have your favorites from Chipotle delivered using your favorite delivery apps like UberEats, DoorDash and Postmates. 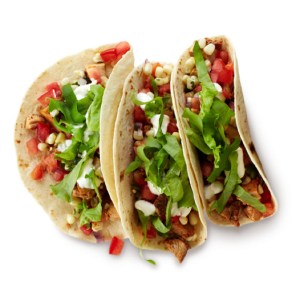 Let Your Booze Come to You With These Alcohol Subscription Services