It’s autumn, and that means it’s time for hard ciders. The updates from the farms? Apples galore! So it’s time to enjoy them in all their forms — from pie, to tart to everyone’s favorite beer alternative.

We love sipping on our favorite hard ciders no matter the time of year, but that crisp apple taste really hits different on a crisp fall day when the leaves are changing. Yeah, the flavor totally brings us full throttle into fall-mode, and we’re here for it.

Whether beer‘s your gig or you’re a ride or die-hard seltzer guy, there’s no doubt that you should be making room for the occasional hard cider. It has the ability to cohesively blend the taste you miss so much from childhood with a sprinkle of poor decision making from having too many, which you know damn well sounds like a pretty good time. It’s totally a concoction you truly can’t get from your favorite craft brew or knockoff White Claw.

If you’re looking to take a walk on the cider side of life, here are the best hard cider options for getting a good buzz in 2021.

Downeast, in our books, is the cider of all ciders. Each can of this stuff is packed with five apples and goes completely unfiltered ensuring tons of flavor in every sip. This hard cider mimics the thickness of any crafted, non-alcoholic apple cider you might get at a local apple orchard during the fall, meaning when you pour it into a glass, the liquid isn’t see-through at all. The folks at Downeast also create a pretty stellar selection of seasonal flavors, with our go-to being their pumpkin flavor during fall. You’re going to want to keep an eye out for that one when the time’s right and buy it in bulk if you can. You won’t regret it. 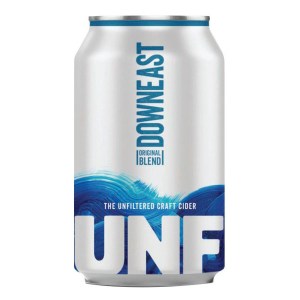 Crispin feels designed for hot weather, but it tastes just as good in the fall. Canned directly at the orchard, Crispin is naturally fermented and always freshly pressed. Although it’s pretty fruit-forward, this cider doesn’t have that “this is too much” quality that other ciders tend to have after having a few. The taste stays cool, not so sweet and outwardly delicious sip after sip. 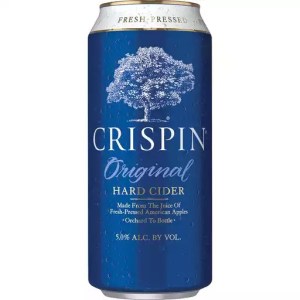 If you’re a beer guy through and through, a nice cider transition to suit your palate is this bottle from Magners. This Irish-made apple brew contains 17 different apple varieties per bottle yet still has a not-so-sweet flavor that beer lovers can enjoy. It also drinks identically to beer, so you’ll actually want to keep grabbing bottle after bottle from the YETI. At 4.5% alcohol, Magners has around the same alcohol content as beer too, so beer drinkers will have no trouble knowing their limit with these. 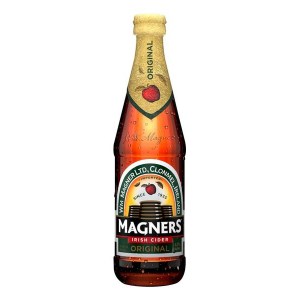 While Austin, Texas isn’t quite the Bali of the continental US, this cider will have you thinking twice. Made from a mix of heirloom bittersweet apples and the obviously stated pineapple, Austin Eastciders Pineapple Cider is an almost reviving pick that will bring you tropical beach vibes in the heart of fall — if you sip with eyes closed. We love sipping this stuff followed by a shot of our favorite smokey mezcal. The flavors together really create something magical that we can’t quite explain. 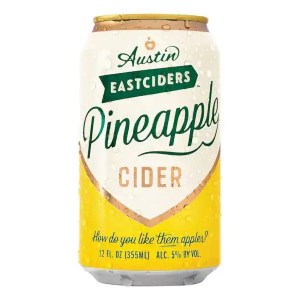 If you’re looking for a cider that packs plenty of fruity punch, look no further than Blake’s Triple Jam Hard Cider. The name is apt — this hard cider has three berry flavors that are frequently used in jams. Specifically, this cider has strawberry, blackberry and raspberry. 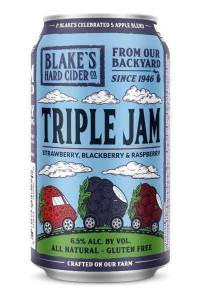 If you’ve ever tried Angry Orchards’ commonly unloved rosé cider, don’t worry, Wolffer Estate‘s dry rosé cider tastes absolutely nothing like it. At almost 7% alcohol, this cider gets you buzzed pretty quickly, which is never a bad thing. It also has a scrumptious taste that drinks like hard cider but still bites like your favorite rosé. Use this pick as your next go-to brunch day beverage, you won’t be disappointed in your choice. 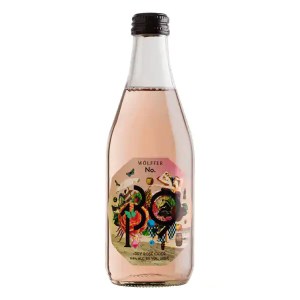 The Swedes are at it again, serving us a non-apple hard cider directly made from the purest of Swedish drinking water. Rekorderlig Passionfruit Cider is a crisp, apple-less concoction using passionfruit as the primary ingredient. The cider itself is pretty light in color and drinks almost like hard seltzer, so Claw fans, this one’s for you. The most interesting fact of them all is that it’s meant to be consumed on ice, which isn’t necessarily a must for most ciders, but hey, we won’t argue. 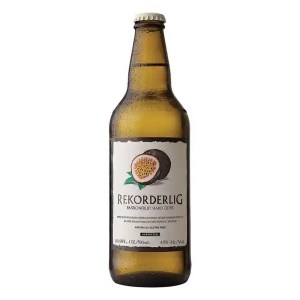 While Cigar City’s Home Made Apple Pie Cider might not be everyone’s cup of tea (or cider for that matter), it’s still an interestingly tasty hard one that shouldn’t go unnoticed. This odd apple pie cider is by absolutely no surprise made in Florida and occupies a flavor that finds itself in the middle between dry and sweet. Flavors infused include cinnamon, vanilla and nutmeg to ensure each swig goes down like a bite of grandma’s homemade apple pie. While we can’t say this falls anywhere near our go-to warm-weather beverages of choice, we do love a can every once in a while during the chillier months. 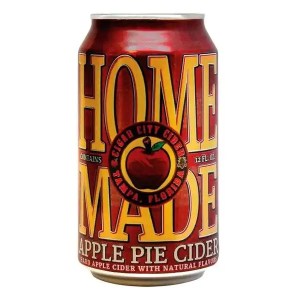 If you’re going to go with Angry Orchard, look no further than their original Crisp Hard Cider. These guys basically normalized the hard cider trend and for good reasoning, this stuff does hit home in the best way possible. While it might be a bit too sweet for some, each sip still goes down smoothly. We’re not going to lie, we’ve had our fair share of Angry Orchard variety packs, and nothing really sips the way the original does, so with this brand, we don’t really recommend heading out of your comfort zone unless you want a sugar hangover the next day. 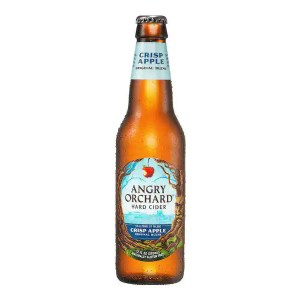 We’re going to be real with you, unless you’re in New Jersey, New York, Pennsylvania or Connecticut, you’re going to have a tough time finding Ironbound Cider at your local 7/11, but we couldn’t keep it from our list. Ironbound is aptly named after a Newark, NJ neighborhood where all apples are locally sourced to support a network of family-owned farms across the Garden State. It has a really bold yet fresh taste that you can only find in Jersey, which is surprisingly known for its ciders. Even President George Washington himself used to call New Jersey’s cider collection the “champagne of ciders.” And we all know about that dude’s apple tree, so we gotta trust him. 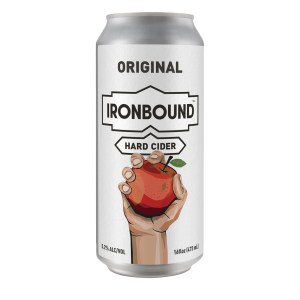 Seattle Dry Cider is almost inappropriately named because unlike Seattle as a whole, this cider is dry as hell. It pours out golden orange and is made fully unfiltered, so no flavors are lost in the process. While this cider stays quite dry, the tang that hits the tongue bursts with various flavors like lilac, blood orange, nectarine, peach and cherry to name a few. 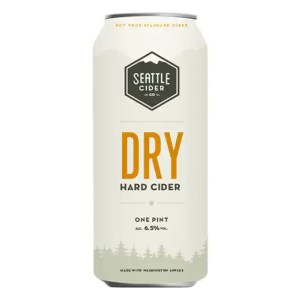 Apples, oranges, pears, oh my! Minus the oranges, in this case. This Bartlett pear and apple cider blend from Stem is an off-dry cider with a twang you didn’t know you needed to try. It’s rich, golden in hue with a tart finish that’s ready to bite. Stem, in general, is known for its wild cider mixings, from batches like lavender to salted cucumber and even chile guava. Some flavors are available on Drizly depending where you are, but if you’re having any trouble finding them, we suggest you head over to Stem’s website and check out their extensive selection of ciders. 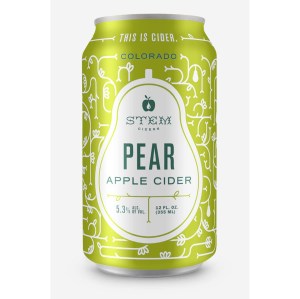 Jack’s claim to fame is he presses all the apples for his cider on site, impressive. This cider is regional to Pennsylvania but is widely available in the U.S. It’s on the drier end of ciders, has a crisp taste and a refreshing cip. It goes perfectly with pork, fish, citrus, barbecue, salsa and pumpkin pie — making it a great beverage for fall. 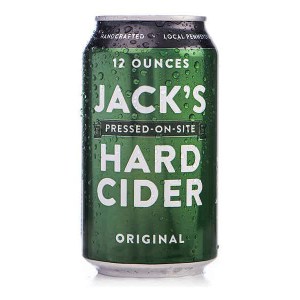 Woodchuck Amber Hard Cider was first bottled in 1991 with a medium red apple body and a rich golden color that continues to this day. It’s made in Vermont, a state in the country that practically owns fall at this point, and is self-proclaimed the “brand that started the American cider revolution.” You be the judge of that. 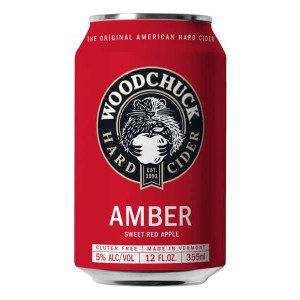 Another flavor from Rekorderlig, because it’s just too delicious. This pear cider is another great alternative to apple, if apple isn’t your jam, and goes great over ice for a refreshing beverage. It pairs excellently with pork, salads and other greens, and has a sweeter flavor than the drier varieties on this list. 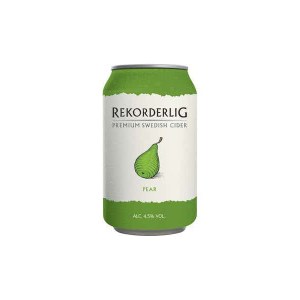 California’s wine is legendary, but California is also in the beer and cider business. Take Golden State, which produces cider using west coast apples for a dry, crisp and refreshing take on a hard cider. It has fresh apple juice, too, to elevate the natural fruit flavor. 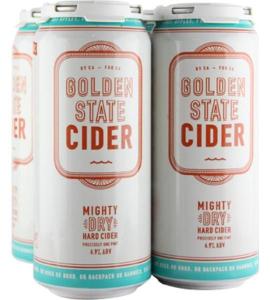 Stella Artois has been in the beer biz for a very long time, but they’re also in the cider business — or should we say Cidre? Yes, if it wasn’t obvious, this is a European-style cider, described as having “subtle sweetness and a delightful dryness.” Translation: a nice apple sweetness, but not too sweet. 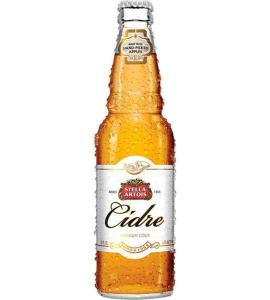 Black widows may have a deadly bite, but this Black Widow cider from Original Sin certainly doesn’t. That’s because it’s a semi-sweet cider, with tartness coming from blackberries and fresh-pressed apples. It has a 6% ABV. 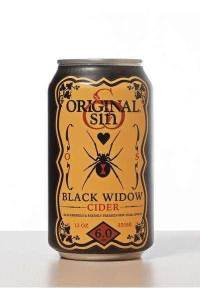 This 5% ABV cider comes from California, and it’s made with apples and pears for a slightly tart and not-too-sweet flavor. It’s available in 12 oz or 22 oz bottles from Drizly. 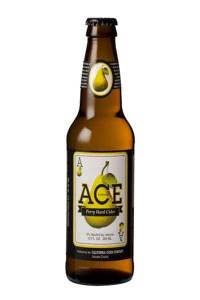 Buy Now
These Are the Beers We’re Drinking This Summer