It’s happened gradually over time, but at many a watering hole in America, asking the bartender for an “IPA” is a common shortcut that means one thing: You want hops, and lots of ’em, from any beer you can find. Good news: The best IPA beer can fill that void in your beer fridge, and quite handily, at that. Trends in the beer industry come and go, sure, but the IPA, or India Pale Ale, has serious staying power. There are nearly 9,000 breweries in the States, and you can bet that almost every one of them has an IPA on draft or in the works.

The India Pale Ale splits beer drinkers down the middle at times, some want one of the best light beers, and some go right for what we’d call the good stuff — a hop-packed ale with plenty of history. The IPA in some form owes a debt of gratitude to England’s West Midlands, where strong, sweet bitter ales first came into vogue in the late 1700s through the 1840s. What does that have to do with how you’ll imbibe the best IPA beer today? Well, history tends to help you savor every sip, as does a bit of science.

A refresher: Hops themselves are flowering cones packed with lupulin glands that produce the resin and oils found in an IPA, and different hops produce different flavors and aromas (some can help with both, some are ideal for one or the other). Long story short, craft brewers in the States turned to hops to amp up their beers through the birth of the craft beer movement decades ago, and beer fans everywhere still can’t get enough of ’em. Of course, IPAs run the gamut, from more malty, seemingly traditional versions to IPAs that are unfiltered and unpasteurized (also known as the ever-popular hazy IPA).

What does all of this mean for you? It means that the next beer you crack open should be a cold IPA. Cheers.

If you’ve kept a close eye out, you might recognize the famed Bell’s Two Hearted from our guide to the best craft beers. While Bell’s itself is no longer fully independent (a conglomerate that also owns Colorado’s New Belgium recently bought it), that doesn’t mean they’re letting quality slip when it comes to churning out an IPA beer for the ages.

This brew is beloved nationwide for good reason, and it’s a simple one, at that. It’s brewed with 100 percent Centennial hops, which deliver loads of flavor and aroma. The result is a strong, malty, piney beer that gives you that classic IPA kick — if someone has never tried an IPA before, but wants to imbibe, this is quite simply the best IPA beer to offer up. Stock your fridge accordingly. 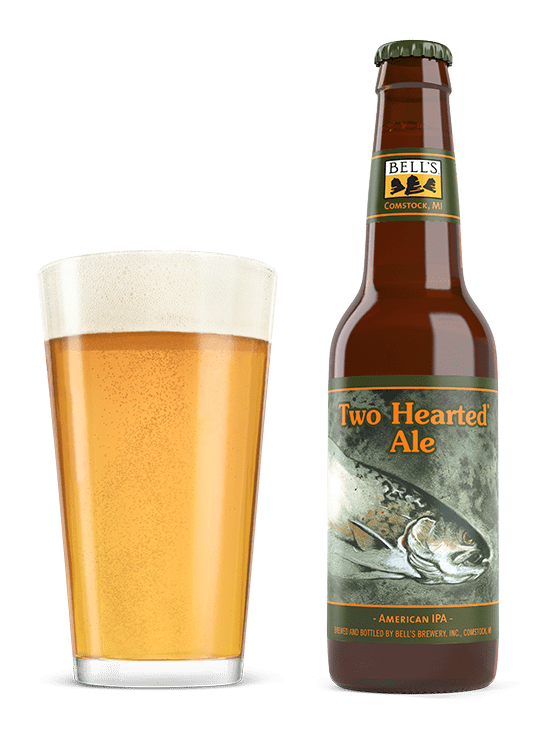 In the American craft beer world at least, the definition of “classic” is a bit murky, since the movement really only dates back to the 1970s. Lagunitas started as a plucky upstart in 1993, eventually developing the simply named and yes, utterly classic IPA that took the brewery to greater heights. Now, they’re not technically “craft” by definition after selling to Heineken, but let’s keep the focus on the beer, shall we?

The familiar and comforting Lagunitas IPA knocks it out of the park, with distinct bitterness and sweet, caramel malt backbone. Plus, it’s even better if you can find it in a simply adorned brown bottle, over-the-top label be damned. We’ll drink to that. 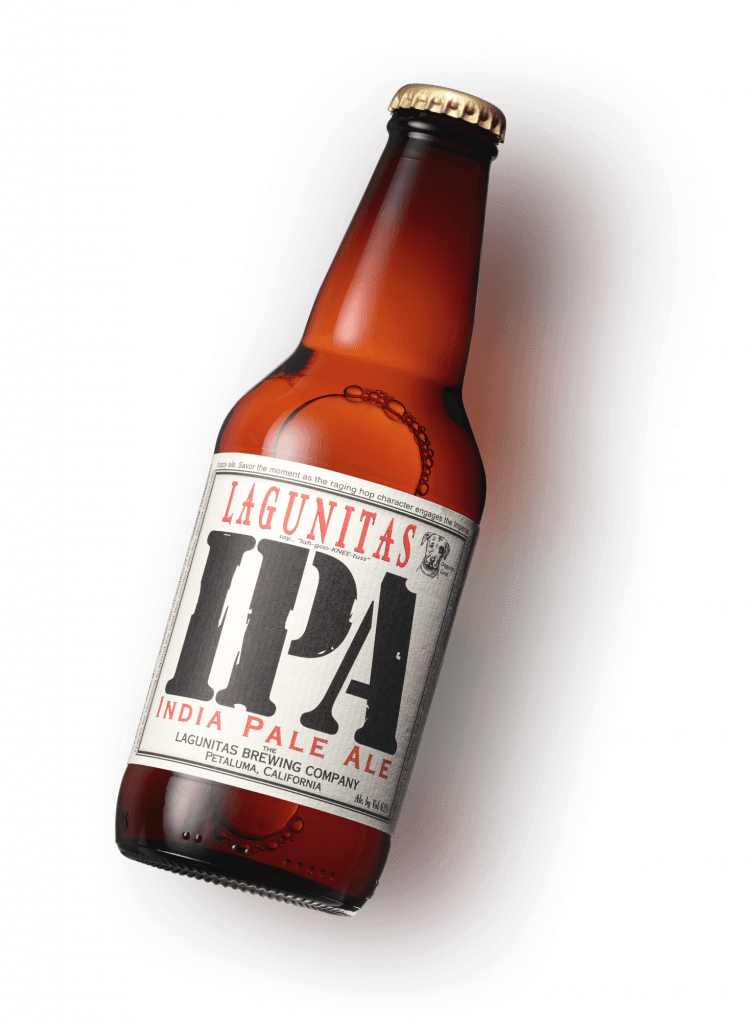 The “hazy” IPA is a subset of IPA that more than a few people take firsthand as the very definition of an IPA these days, but it’s a bit more nuanced than that. Hazy IPAs pack a juicy wallop, all owing to massive amounts of hops and that characteristic lack of pasteurization and filtration. Some swear by hazy IPAs, with many of the more coveted releases drawing massive (pre-pandemic) crowds for the latest and greatest hop-slammed beer.

This is where Stone Brewing’s own take on the Hazy comes into play — it was released in August 2021 and is, according to the brewery, quite the hit among devout fans. Azacca hops add an extreme, intensely citrus aroma, and El Dorado notes pack in plenty of tropical fruit flavor — but it’s not actually brewed with any fruit. Hence, the wonder of the hazy IPA. 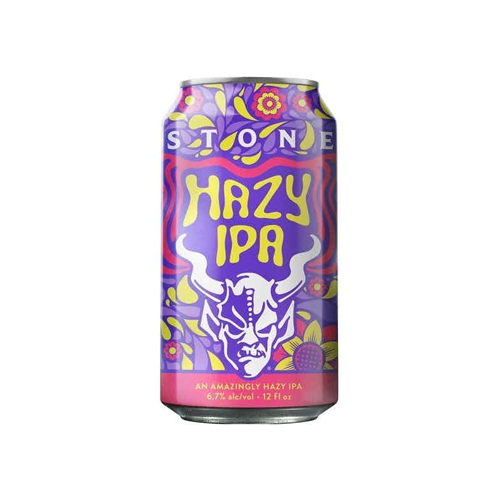 The craft beer world speeds along about as quickly as a bartender during a happy hour pint deal, so when a new brewery makes a splash, it’s worth a toast. TALEA Beer Co. has found a foothold in the crowded NYC beer market as the city’s only exclusively woman-owned and woman-founded production brewery and taproom.

The Dreamboat is as fitting an introduction to the brand as any, a hazy sipper packed with citrus thanks to hop additions like Amarillo. If you find yourself near Brooklyn’s McCarren Park, consider stopping by for a pint. Better still, get some delivered to your door right now. 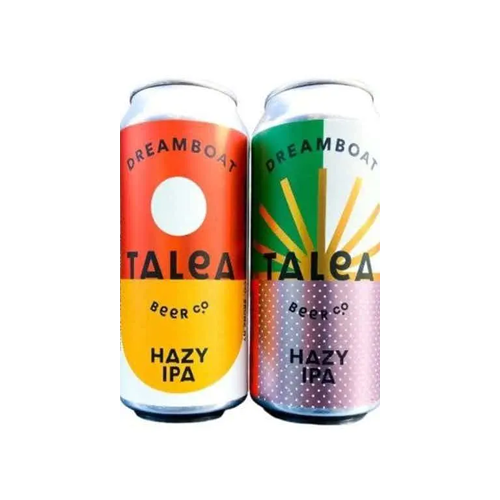 If you live in the Mitten State, you’re likely aware of Old Nation, the buzzy, fast-rising brewery in the quiet town of Williamston, Michigan (get your Google Maps app handy). It’s the unlikely home of one of the best IPA beers in the country, but if you’ve had the pleasure of trying it, you know it’s worth the search (or even, worth the trip to mid-Michigan on the M-43 highway near Williamston).

The brewery, founded in 2015, didn’t start out brewing M-43, but it’s become the brewery’s most popular beer and a highly sought-after sipper in Michigan and well beyond since then. Words don’t even do it justice, but it’s a velvety smooth beer with plenty of tropical citrus notes. To sum it up: If you haven’t had this beer, you’ve simply got to try it. 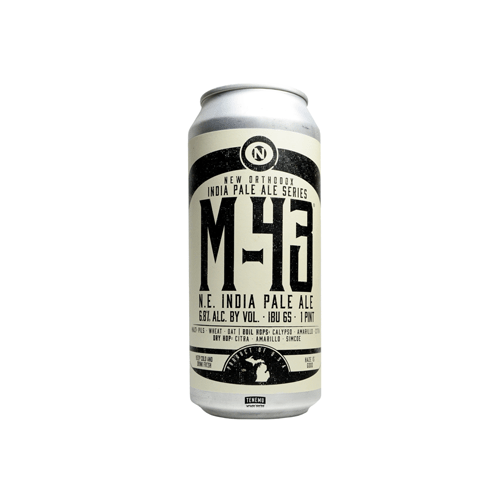 Sip on the Best Craft Beers on the Market