Is it ever too early to start planning ahead for warmer days with a selection of the best light beers? Or rather, is there ever not an optimal time to have a cold light beer handy in your fridge, no matter the time of year? There’s a time and a place to reach for the best booze-free beers, just as there’s a time and a place to reach for a hopped-up IPA (even better if it just so happens to be one of the best craft beers on the market). But let’s consider the humble and hard-working light beer for a moment or two.

Light beers are, by the very definition, lower in calories and (often) ABV than their hop-packed relatives in the beer world, but that doesn’t mean you have to sacrifice flavor or quality. Light beers in the States are most commonly found and served in cold cans, available for relatively cheap prices online, in beer bars and in dive bars, so feel free to skip the beer glass if you’re in a bind. There are also plenty of craft-focused breweries making light beers when you want a change of pace from larger (or macro) breweries, although some might argue light beer automatically equals a beer from the “big guys” (like Bud Light). That being said, plenty of the lagers on this list are made by craft breweries and cut out calories without cutting out taste.

When you want to bring the cold, crisp flavor of a classic beer home, we suggest starting your search with some of the best light beers, the kind your father or grandfather might have enjoyed at the end of a long day. Light beer is as all-American as it gets, and there are options for everyone out there.

Finding a flavorful and well-made light beer used to be a near-fruitless search, but New Belgium’s changed that process over the past couple of years. They’ve focused on narrowing beer down its most pure elements, pun intended, with this exceptionally clean lager. It’s clean in both flavor and approach, made with organic ingredients and boasting a 3.8 percent ABV, fewer than 100 calories and only 3g of carbs. Keep a six-pack handy and crack one open after a hike or a day at the office without overdoing it.

There’s actually quite the footrace these days among craft brewers when it comes to brewing light beers that don’t cut corners in terms of flavor or quality. New York-based Southern Tier, which also makes canned cocktails and excellent seasonal beers, came up with the cleverly named Swipe Light as its own entry into the world of flavor-packed light beer. We appreciate the fact that it features a mere 110 calories and a crushable 4 percent ABV. 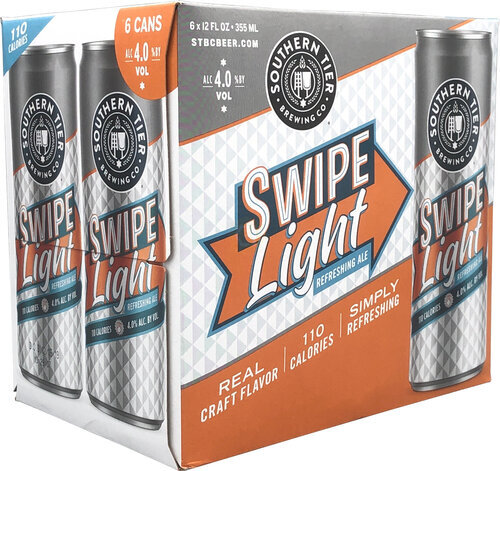 When you think of light beers, you likely think of the heavy hitters, the big box beer giants, so to speak, right? A long-running, pioneering craft brewery known for its pale ale (the best overall craft beer, in our book) probably isn’t your first thought when you reach for a light beer. But that’s what makes Sierra Nevada’s Sierraveza so unexpected, refreshing and worthwhile. Sure, it packs a higher punch in terms of ABV at 5.6 percent, but that’s not too over the top for a light beer in our book. Billed as an easy-drinking lager reminiscent of those you’d sip on the beach during a much-needed getaway, it’s one of the best craft beer takes on light brews we can imagine. 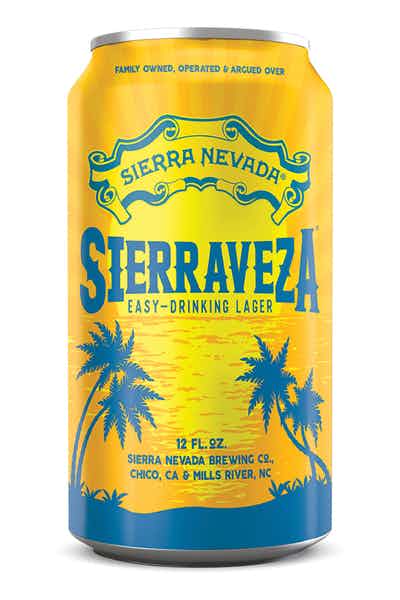 Here’s an old-school beer like the kind your father or grandfather might have enjoyed (and perhaps still does). Genessee is a brewery steeped in history and much-loved throughout the state of New York (and its Genessee Cream Ale is iconic in its own right). But when you want to lighten things up even more from that easy-drinking cream ale from Genessee, consider this traditional light lager, with a smooth, refreshing taste and serious drinkability (responsibly, of course). The can design is no fuss and no-frills, just made to house ice-cold light beer. Get a 12-pack, because you and your buddies just might run through a six-pack quickly. 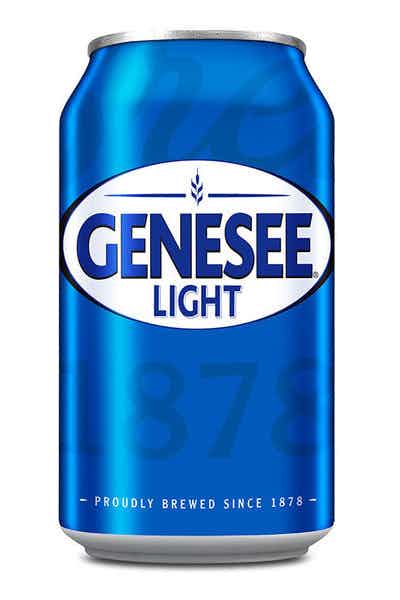 Light beers, as we’ve said before, tend to conjure up cheap cans best consumed by the handful on hot days, but there’s more nuance to finding the best light beers than you might expect. We’re more than happy to enjoy a light beer brewed by a craft industry titan, and one modeled after more traditional Mexican lagers. Firestone Walker’s popular 805 Cerveza offers up a more punched-up, flavorful approach than other light beers (aside from the ones on this list, of course), making it ideal to pair with tacos, ceviche and any other recipes where you can cook with a cold beer close at hand.

Blue Point’s best-known beer is its “drink anytime, anywhere, any season” Toasted Lager, a beer that defies seasonality and always seems to hit the spot. The Shore Thing Lager is its lighter brethren, packing just 115 calories and an easy-drinking 5 percent ABV into a fresh can design that calls to mind East Coast summers. You can bring that same attitude to your beer fridge year-round with this surprisingly flavorful light lager that defies convention as far as “light beers” are concerned. 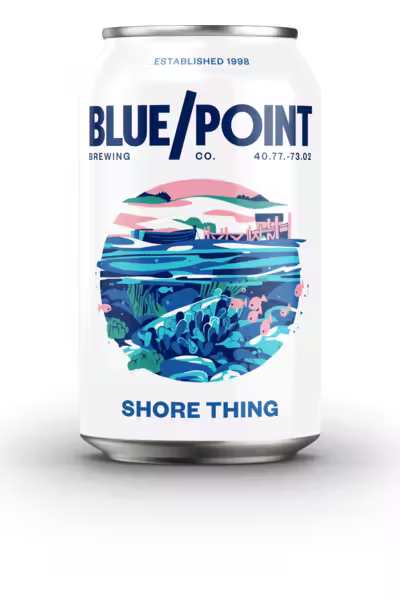 Like any other category in the world of beer, including hop-packed IPAs filled with plentiful varieties, there are more than enough variations in the light beer universe to keep your palette guessing. The Longboard Lager, ideal for sipping on a beach (or binging Netflix, wishing you were sitting on the beach) hits unique grainy, spicy tasting notes with pale malts and Mt. Hood hops for a fresh finish. At 4.2 percent ABV and 134 calories, it’s a beer light in specs but big on flavor and refreshment. What more could you want? 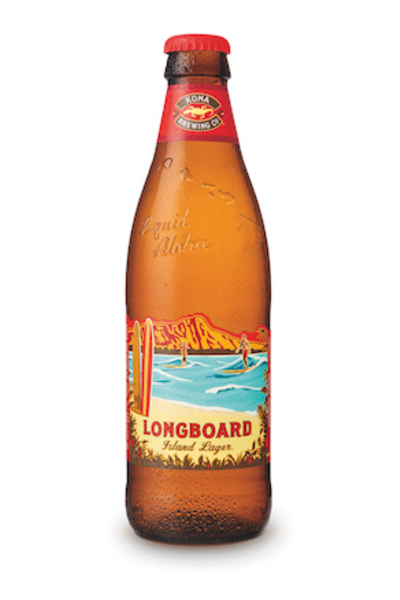 Without getting too technical, a pilsner is a type of lager (remember, lagers are brewed at cooler temperatures than ales and use different yeast, imparting it with a more crisp and clean flavor than ales). That being said, we’re more than willing to crown the Post Shift Pils as the best light pilsner on the market. At 4.7 percent ABV, the Post Shift Pils is positively packed with flavor, the kind that just hits the spot after a long shift on the job (even if that shift revolves Zoom call after Zoom call at home these days). Bavarian malts and hops work in perfect harmony to give this beer its frankly exceptional taste. It’s a king among light beers, and best enjoyed out of a 16oz. tallboy can. Go on, try and find a better light pilsner out there. 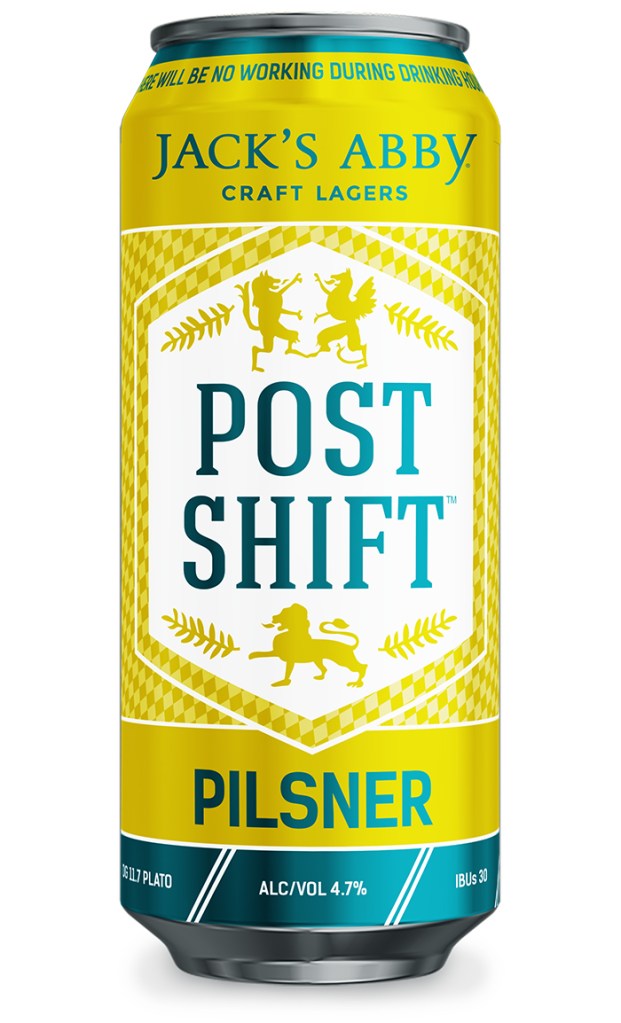