There are few things more delicious than a warm, comforting cup of coffee in the morning. But lactose intolerance can crush that Folger’s “best part of waking up” moment for many. In fact, 65 percent of the world’s population have a hard time digesting lactose after infancy. Furthermore, some may choose to skip cow’s or goat’s milk because they are vegan, have an allergy or just don’t enjoy the taste. This has led to a boom in plant-based milk and an uptick in purchases and other iterations of “milk.” And while milk substitutes have been around for a while, some will work great in your coffee, and others not so much. Can you say curdle?

So whether you are intolerant or simply want to try something new, we have taste-tested some of the popular options. Here we break down which are the best milk alternatives for your coffee and which ones may work well elsewhere.

It seems that recently oat milk has taken over the shelves, and it has become the new “it” item to get. Understandably so since it is pretty darn close to whole milk when it comes to thickness. Oatly offers a whole version, semi (similar to 2% percent milk), and a skinny (equivalent to 1% milk) and chocolate flavor. It froths pretty nicely, and its taste won’t take away from your morning joe. Its mouthfeel is just right and compliments tea, and yes, you can use it to make your morning oatmeal. It is also good in most other instances where you would use milk, making it the top choice of the best milk alternatives for coffee. 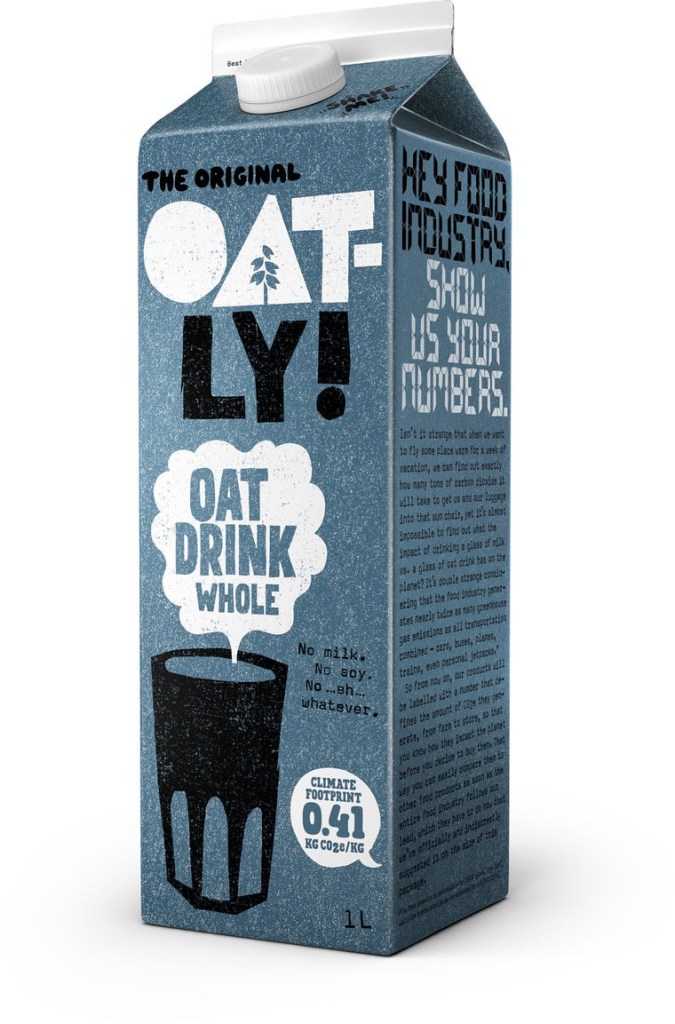 It is pretty hard to find something not to like about Silk cashew milk unless you have a nut allergy or you just don’t like cashews. The mouthfeel is very similar to milk. It has a mild and nutty flavor. And its creamy goodness makes it one of the best milk alternatives for your coffee. It is even tasty in your favorite cup of tea, especially Earl Grey. Or you can simply drink it straight from your glass. It isn’t quite as popular as other milk alternatives, so it is a little harder to find at a coffee bar or cafe, but many supermarkets carry it right next to almond milk. It is available in unsweetened original and unsweetened vanilla flavor, both only 25 calories per serving making it a great low calorie option as well. 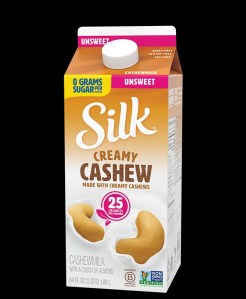 Soy milk has been the milk alternative go-to for a very long time. It is creamy, and though it has a bean-like flavor, it isn’t too overpowering. It works well in coffee, but not everyone is a fan of soy products. Still, Silk has been in the soy game since 1977 and launched its soy milk in 1996. It is available in original, unsweetened, vanilla, very vanilla and chocolate. It is one of the best milk alternatives for your coffee. It also works well poured over cereal, and the vanilla-flavored version is great for dipping chocolate chip cookies. 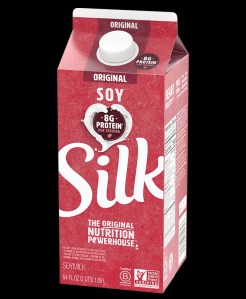 BEST IF YOU LOVE 2% MILK

While coconut milk is often associated with piña coladas, the beverage style is a little different. Coconut milk sold in the dairy section as a milk alternative isn’t as thick as the stuff coming out of a can. So Delicious has more neutral in taste, blends well and is a bit thicker than other coconut milk options. So Delicious also specializes in making yogurt that is coconut milk based so it would seem that they understand the importance of mouth feel and their coconut milk lands nicely on the tongue. 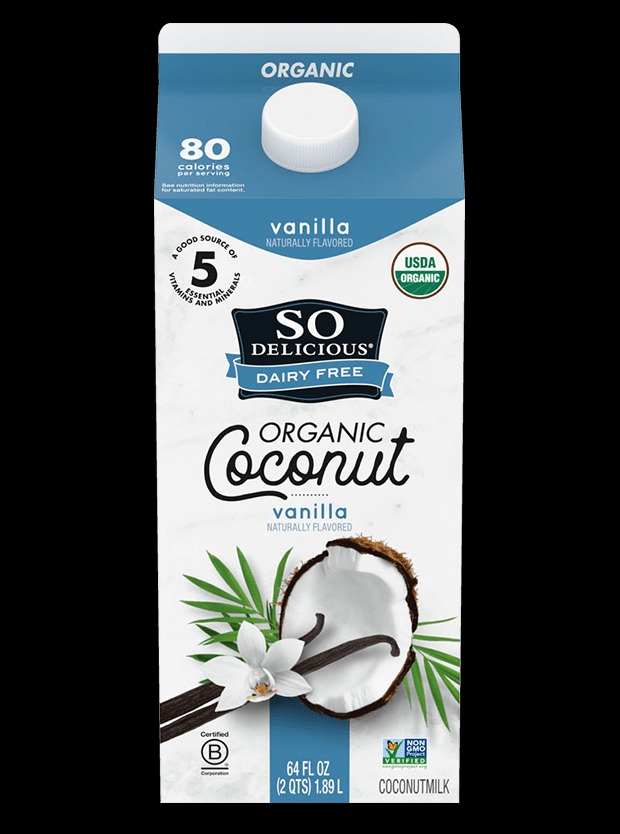 Image Courtesy of So Delicious

If you love flavored coffee, Pacifica’s Hazelnut milk is a good option. The nuts used are roasted and that allows you to enjoy a truly nutty flavor. Its texture and thickness gives the impression that it has been churned. It’s distinctive taste works well with iced or a hot cup of java or your favorite coffee liqueur. It’s available in sweetened, unsweetened and vanilla. 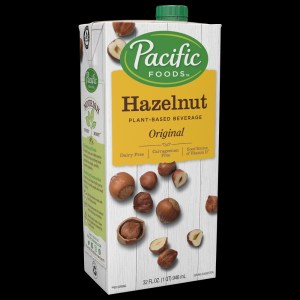 Elmhurst’s Milked Walnuts contains two ingredients — water and walnuts. It is unsweetened, which allows the taste of the nuts to take center stage. Even though it has an earthy flavor, it doesn’t drown out the taste of your coffee. It actually enhances its bitterish taste. It also can be used instead of milk in a nice brewed cup of English Breakfast tea. If you want to cut its flavor you can add a dash of vanilla extract to your hot beverage. Additionally, its brownish color looks more like chocolate milk than it does regular milk. 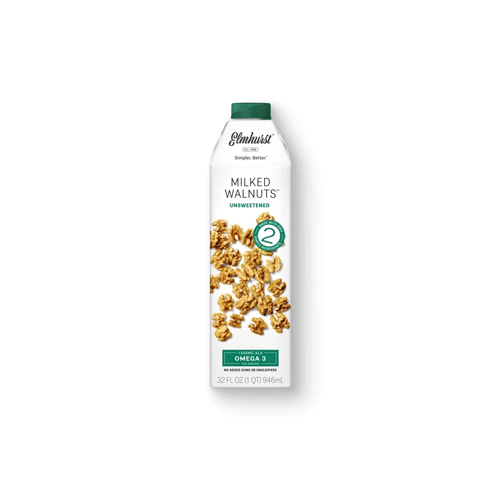 There are quite a few brands that offer almond milk, but we gave Almond Breeze a swirl. It’s made with real California almonds and just 60 calories per glass, whereas milk has 150 calories. It is fortified with calcium and contains vitamin E. Though it works better in smoothies than coffee, it tends to be low in protein so add a nut butter if it is an after-workout treat. It is available in original, vanilla, chocolate and with a touch of honey. 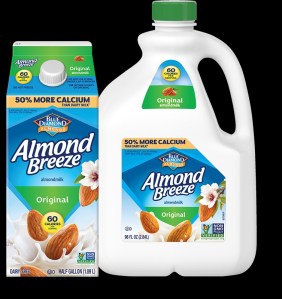 Available in sweetened, unsweetened, vanilla and chocolate flavor, Ripple Original has 8 grams of protein like regular whole milk. Similar to skim milk in its thickness, it has a mild nutty taste that won’t make much of an impression on your coffee. It also has vitamins and minerals but is better over cereal than it is in your java. It isn’t the best for your coffee but it will do in a pinch. 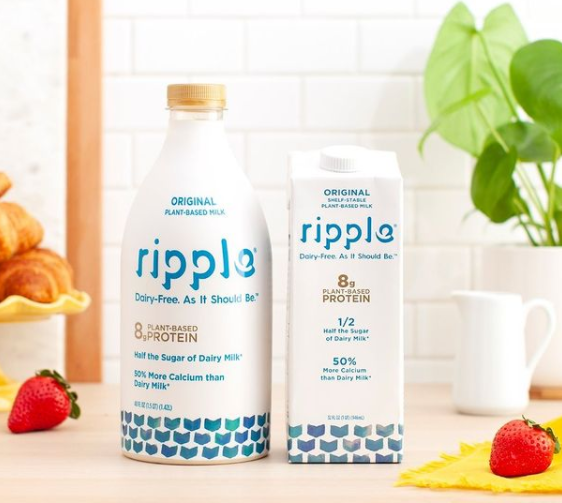 BEST FOR THOSE WITH NUT ALLERGIES

Rice Dream is one of the most recognized brands. You can find it sweetened, unsweetened and vanilla-flavored. The original is made with ingredients such as water, brown rice, canola and safflower oil. It doesn’t work well in coffee because it was too watery, plus the flavor is neutral. It is a better choice for cooking or in this tasty beverage the brand has on its site. 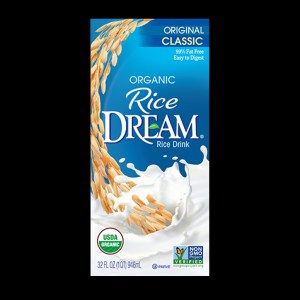