While nowhere near as popular as its sister category, tequila, mezcal has risen in popularity here in the US over the past few years. In fact, tequila is a type of mezcal, although there are some notable differences between the two categories. Tequila can only be made from Blue Weber agave in a few states in Mexico, while mezcal can be made from various types of agave (although Espadin is the most common) in different states. Tequila is generally made at large distilleries where many different brands are produced, while mezcal is often made at smaller family farm palenques. The production methods are different too, with a notable step being the roasting of agave pinas in underground pits to infuse them with smoke, which comes across in the flavor of mezcal in varying degrees. Whether you prefer using mezcal in cocktails or drinking it neat, there’s a bottle out there for you.

But if you know all of that, you may still be wondering, what’s the best new mezcal to try right now? Sure, the old standbys are classic for a reason, but we’re big fans of finding and highlighting the new and noteworthy. Ready to dive in? We’ve put together a list of some of the best new mezcal from the past year for you to try now.

This is an ensamble mezcal (meaning a mezcal made from more than one type of agave) made from both Espadin and Tobala agave. Maestro Mezcalero Rogelio Juan Hernandez is the man behind the production of the spirit, which comes either as a solo bottle or in a stunning gift box. This is a lovely but assertive new mezcal, with a pronounced but not overpowering smokiness, and notes of grapefruit, roasted nuts, and vanilla. The brand also supports its “Empowering Mezcaleros” program to help benefit local palenques and the families that run these small operations. 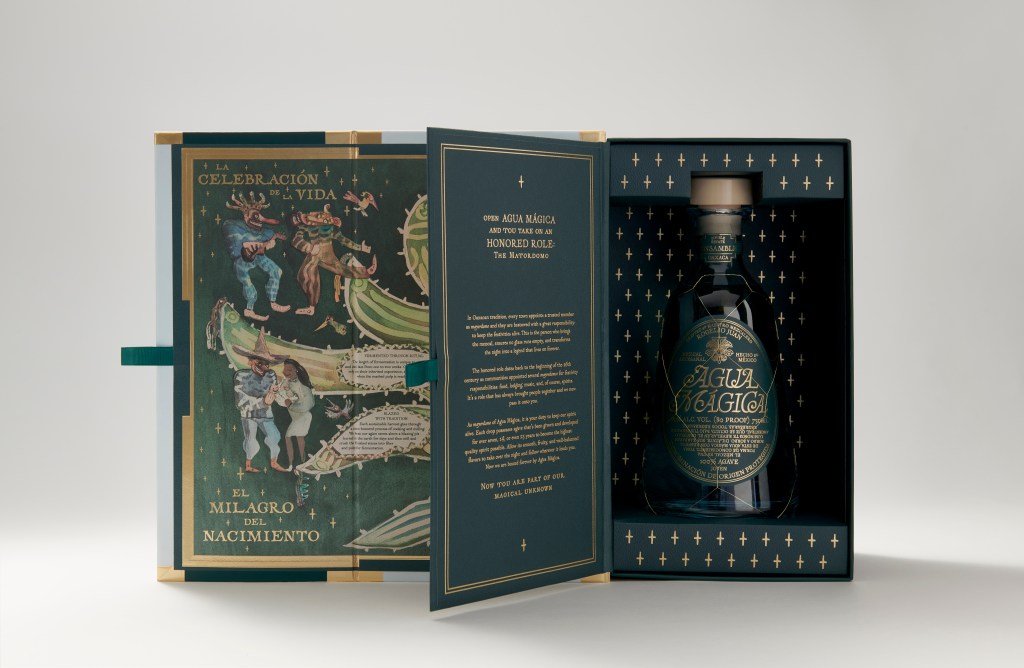 This female-owned brand launched at the end of 2019 with two different expressions, Espadin and Tobala. This new mezcal is made in the town of ​​Santiago Matatlan by a mezcalera whose family has been making the spirit for several generations. The Espadin is lighter on the smoke and a great option to use in cocktails, while the Tobala is a bit more assertive and best sipped neat or with some ice. 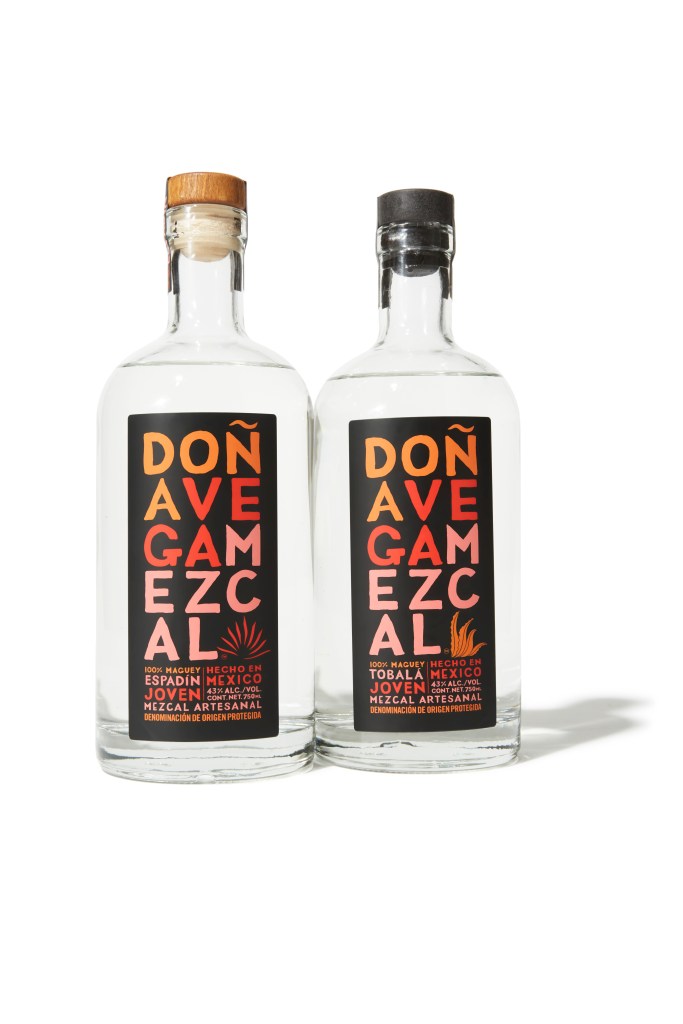 The Lost Explorer has three different expressions available: Espadin, Tobala and Salmiana. These are high-end bottles that cost a bit more, but the spirits within them are excellent. The range offers different levels of sweetness, smoke, earthiness and floral notes, each with distinct characteristics. The brand was founded by entrepreneurs David de Rothschild and Thor Björgólfsson, who worked with mezcalero Don Fortino Ramos and his daughter Xitlal to produce the spirit. The Lost Explorer claims that its mission is to create delicious mezcal using environmentally sustainable practices that benefit the local community in Oaxaca. 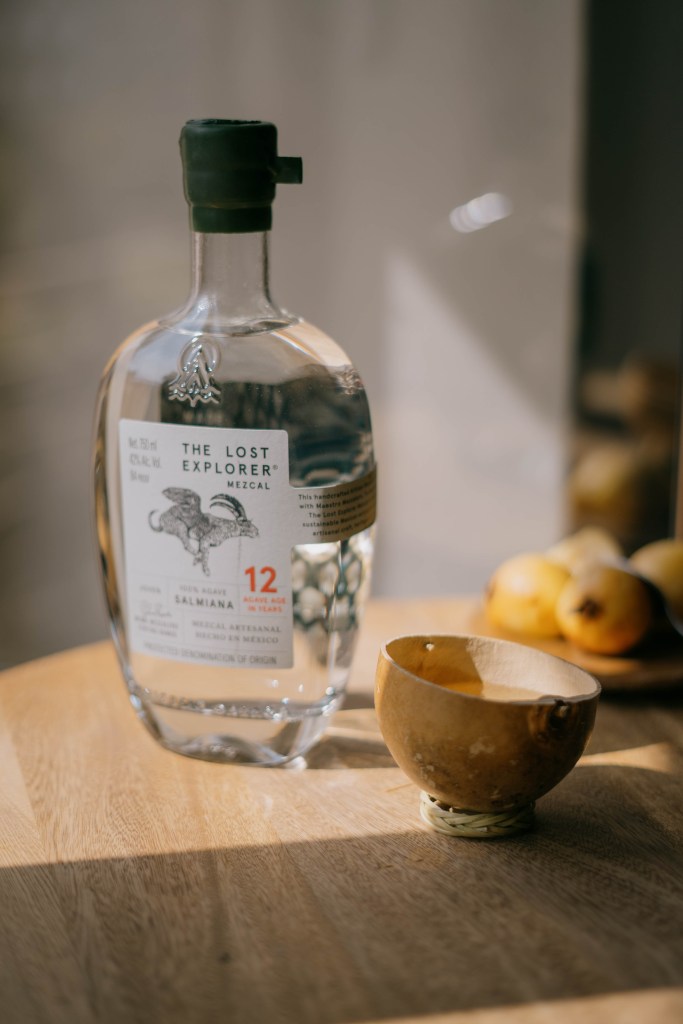 Courtesy of The Lost Explorer

Clase Azul is known for its range of ultra-premium tequilas that come in handcrafted ceramic bottles and often sell for over $1,000. The brand’s new Mezcal Guerrero follows suit and comes in a beautiful jade ceramic decanter. The spirit is made in the state of Guerrero, as indicated by the name, using Papalote agave which is grown mostly in Michoacán and Guerrero. This is another mezcal that is lighter on the smoke, with strong notes of citrus, vanilla, white pepper, and a bit of leather on the palate. 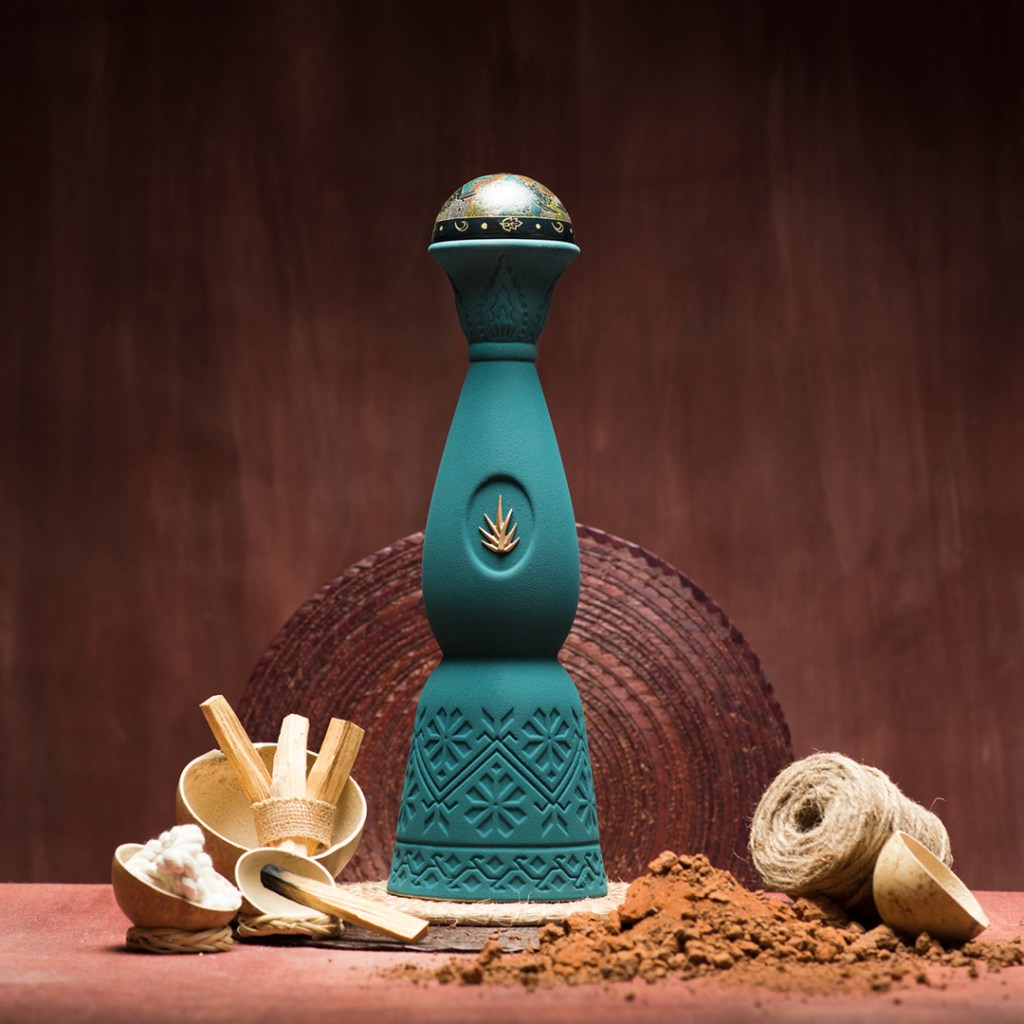 This new mezcal offers a unique twist in that it’s a reposado expression that’s aged in Bordeaux wine barrels from Château Léoville Poyferré for up to six months. This Espadin mezcal is infused with berry and stone fruit flavors from this maturation period that counterbalances the light smoke and soft vegetal and vanilla notes. Try this one in a Negroni if you are in the mood for a cocktail. Sombra operates its own palenque and is a part of the 1% For The Planet group that donates money to environmental initiatives and local charities in Oaxaca. 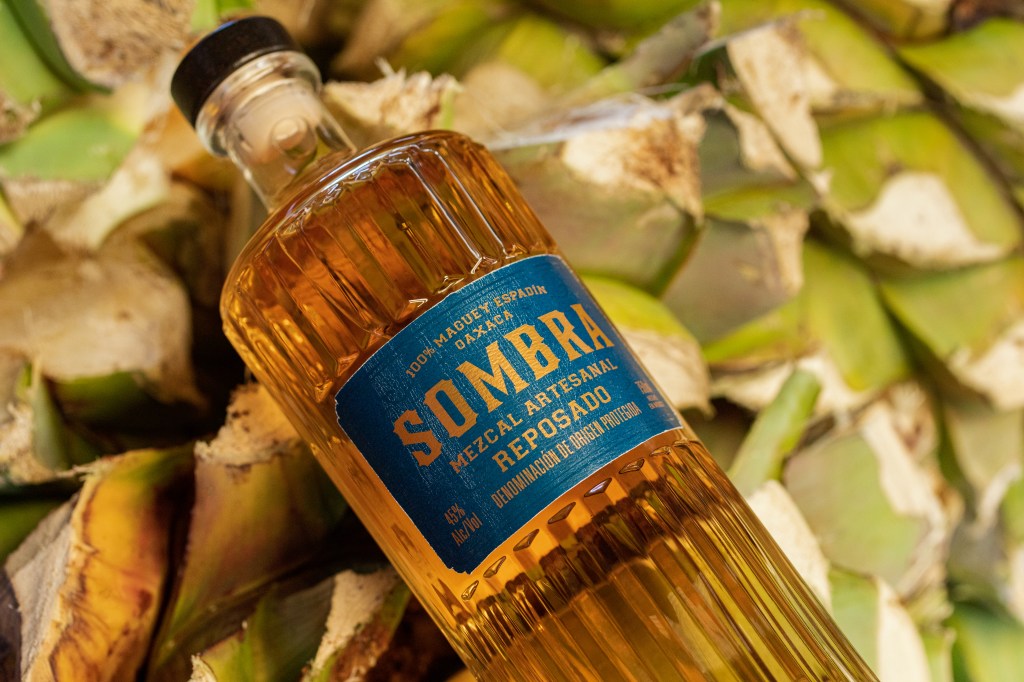 This new mezcal was recently launched internationally as an Espadin expression that is made by mezcalero Francisco Ortiz. The agave is grown in Oaxaca’s San Luis del Rio region and produced using traditional methods including a tahona stone that crushes the pinas after roasting. The spirit is soft, fruity and pleasantly smoky, making this a great option to use in cocktails or sip on its own. 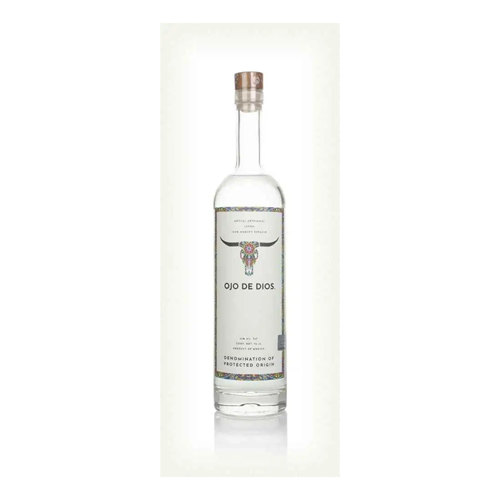 San Diego distillery Cutwater Spirits sources this new mezcal from a distillery in Durango, Mexico. It’s made using Cenizo agave and is a light, vegetal spirit with hints of fruit and soft tendrils of smoke that linger on the palate. Cutwater master distiller and cofounder Yuseff Cherney has pledged to plant five baby agaves for every one harvested in a nursery at the distillery to ensure that the plants will continue to be available in the future. 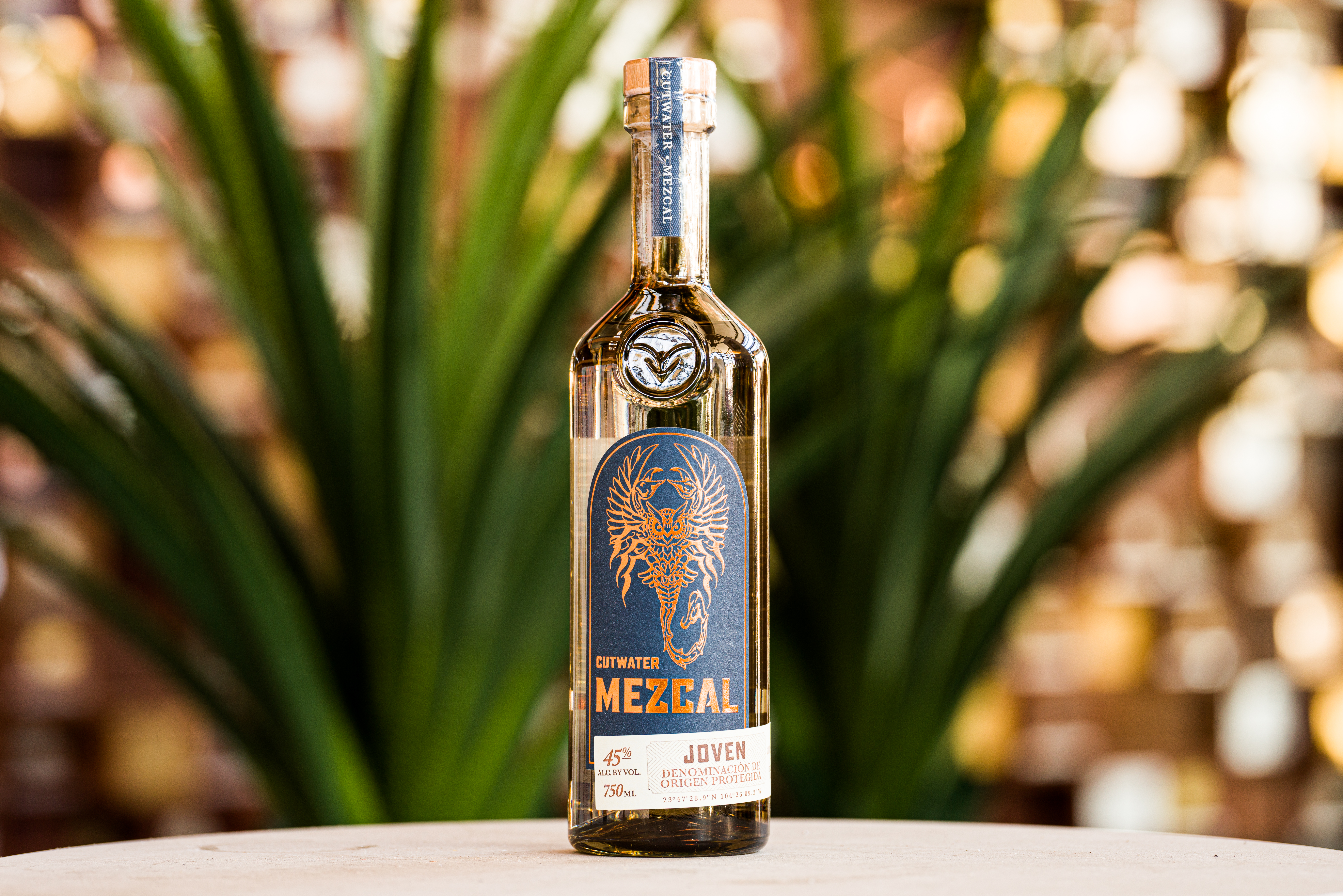 Mexican native Gaston Martinez founded this new mezcal brand, which launched with this mezcal made from Cenizo agave. Martinez works with master mezcalero José Gonzalez to produce the spirit, baking the pinas for three to six days underground to develop a moderate level of smokiness. Expect a buttery, vanilla nose, with a creamy mouthfeel that pops with citrus and spice notes. You can find this expression at 42% and 47% ABV, as well as an ensamble expression made from Cenizo and Lamparillo agave, an anejo mezcal and a few others. 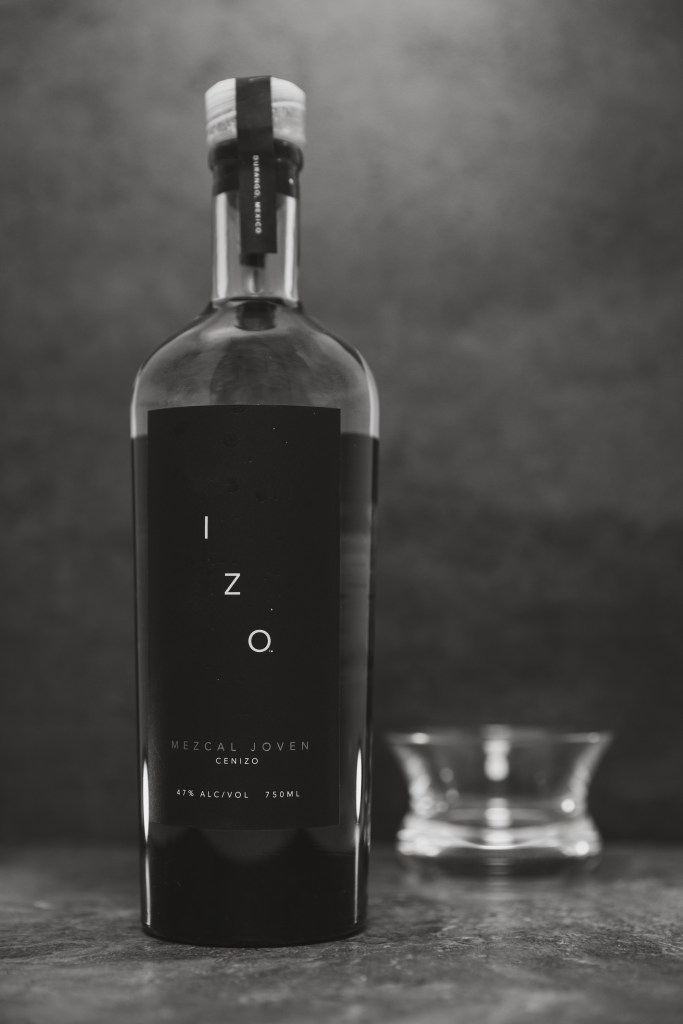 Del Maguey is a well-known mezcal brand, founded in 1995 by Ron Cooper with a focus on single village expressions. The latest from Del Maguey is Vida de Muertos, a double-distilled spirit made from Espadin agave with a higher ABV of 45%, and a palate that lends itself nicely to being used in cocktails. This new mezcal is made by the Cruz Nolasco family in the village of San Luis del Rio in Oaxaca, and stands up with the rest of the portfolio from the brand. 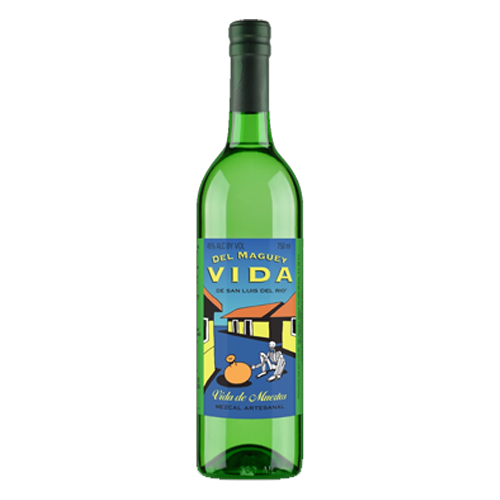 This ensamble mezcal is made from a combination of Espadin and Cuishe agave at a palenque in Lachilá, Oaxaca. Lejana Y Sola is a nicely balanced spirit, with vanilla and smoke flavors swirling around a core of sweetness and earthiness. The brand name comes from Andalusian poet Federico Lorca’s poem “Il Canción del Jinete” (The Horseman’s Song). Definitely spend some time sipping this one on its own, but try mixing up some drinks with it as well to see how it works. 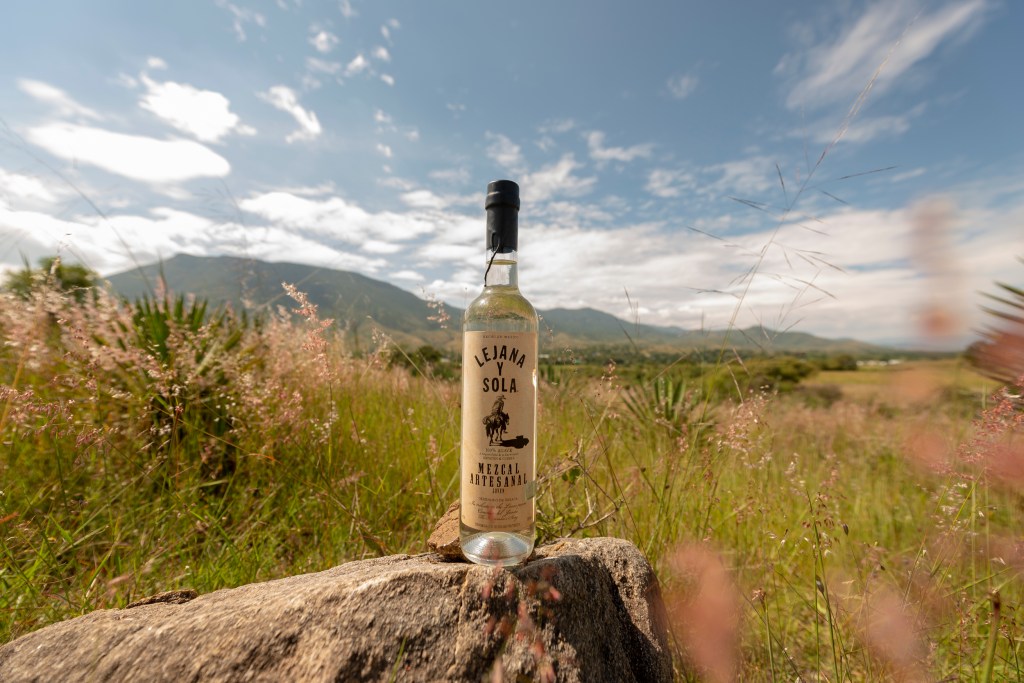 As indicated by the name, this new mezcal is made from Cupreata agave grown in the state of Guerrero in Mexico. It’s one of several expressions from this brand, which is producing very high-quality spirits. Pepper, baking spice, lemon zest and a bit of toasted almond intermingle on the palate, all buttressed by a lovely hit of smoke. This fall, the Logia lineup will be available, focusing on less commonly used wild agaves. 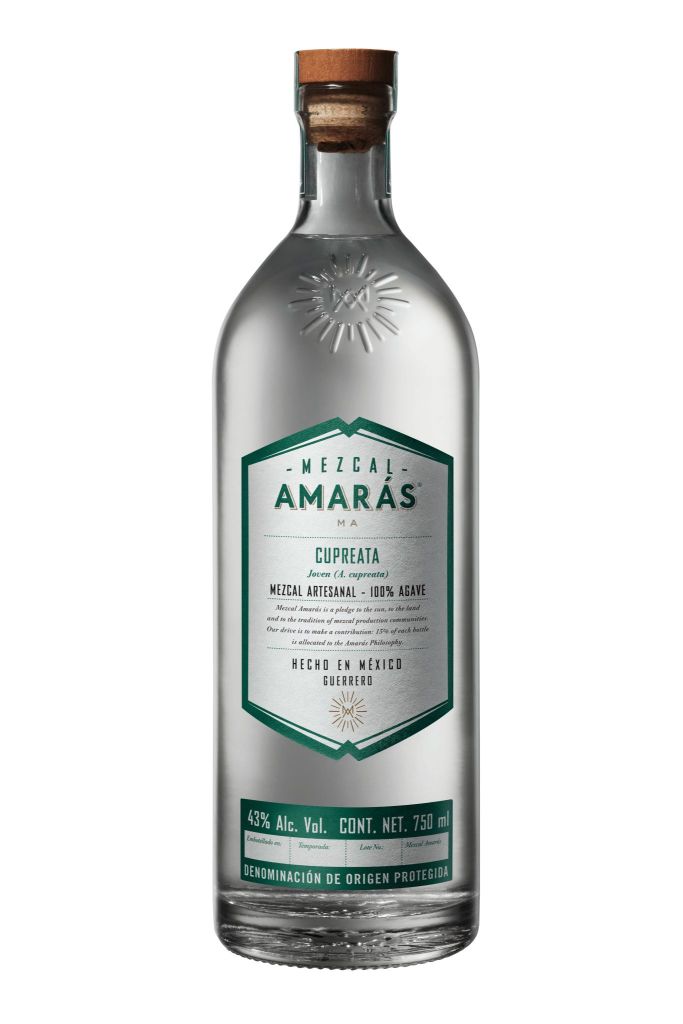