Whiskey, the perennial golden child of the booze world, has long enjoyed a reputation as being a sophisticated spirit for sipping. This has often come at the expense of other liquors such as rum, tequila and vodka, which are often used in syrupy, premixed party drinks. That’s gradually changing, and the award for most improved arguably goes to tequila. Once seen as the reserve of too-drunk college students doing shots while wearing culturally insensitive outfits, tequila is finally being treated as the mature spirit it always was. And while there are already a ton of great tequilas on the market, the tequila market is currently booming. There have been a variety of new releases from storied distillers, as well as brand new tequila brands backed by industry veterans (and quite a few celebrities). That’s why we wanted to round up some delicious, interesting and unique new releases from the tequila world. Some of these were just released in 2021, and there are quite a few from 2020 and 2019.

If you’re on the hunt for the best new tequilas, you probably already know quite a bit about this spirit. But it’s still worth running through some key terms that can help you tell your tequilas apart.

The two major varieties are Reposado and Blanco. Blanco is distilled without aging in oak barrels, making for a clear tequila with a strong, pure agave taste. Resposado is aged in oak barrels for up to a year, giving it a distinct golden color, while the woody oak flavor helps to offset the crispness of agave. Anejo is aged between one and three years. Naturally, tequilas that are aged for longer will typically cost more.

A newer trend in the tequila world is Cristalino, which is Anejo that has been distilled to remove the color. This helps bring out the crispness that’s characteristic in Blanco tequilas while maintaining some of the oaky flavors that define Anejo.

These are some of the best and most unique new releases from the tequila world in the past couple of years, including new brands from industry veterans, premium offerings from liquor store mainstays, and even a new celebrity brand.

Mijenta derives its name from “mi gente,” which means “my people” in Spanish. It’s notably backed by Mike Dolan, the former CEO of Bacardi. Mijenta has a unique focus on sustainability, too — the label and box are made out of agave that would otherwise be wasted in the distilling process. Only 6,500 bottles are being produced for the first run. Currently, the Blanco is available, and the Reposado will start shipping in mid-January, so if you want to try a tequila that no one else has tried yet, this is the one to get. It’s described as having a vanilla nose with notes of bergamot and honey. 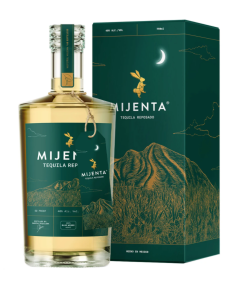 Casa Dragones was founded by Bertha Gonzalez Nieves, who is the first female master tequila distiller. As the name implies, the Anejo Barrel Blend is made by aging the tequila in two different kinds of barrels — French Oak and American Oak — giving it a unique flavor. Since this is a fairly new company, the Anejo Barrel Blend is Casa Dragones’ first Anejo. It’s uniquely smooth and designed to be sipped. 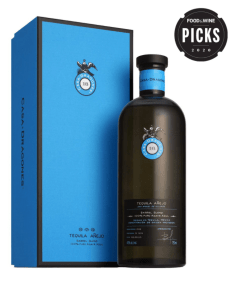 El Tesoro Extra Anejo was released in 2019, and it follows the growing trend of aging tequila in used whiskey barrels. Specifically, El Tesoro is aged for four to five years in bourbon barrels. It’s made for sipping and is notable for its unique caramel and coffee notes. 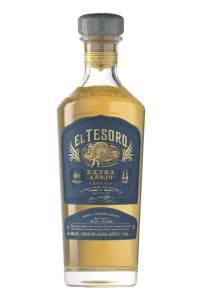 Cazadores is a liquor store staple, widely available pretty much everywhere. But Anejo Cristalino is a unique expression from the tequila giant. This tequila takes on a long, unique journey before ending up in your glass — it’s first double fermented and distilled twice, then aged in American oak barrels for two years. Then it’s filtered again through charcoal to achieve a clear color. 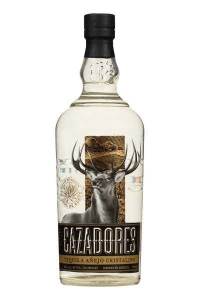 We can’t talk about new tequila brands without at least mentioning the celebrity tequila boom. Arguably kicked off by George Clooney, the world of celebrity tequilas has grown to include stars as varied as Lebron James, Nick Jonas and Michael Jordan. Teremana comes from The Rock himself, Dwayne Johnson. Their Blanco offering is crisp and citrusy. 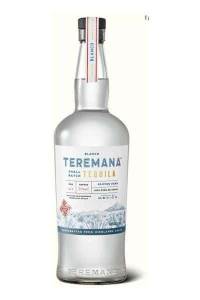 Cuervo is to tequila as Jack Daniel’s is to bourbon — extremely popular, inexpensive and reviled by many. But if you’re willing to look past the flagship labels, you can find some gems. Tradicional Anejo is a newer offering from the first bottled tequila brand in Mexico. It’s aged for three years in two different kinds of barrels — used Irish whiskey barrels and new American oak barrels, making for a unique flavor. 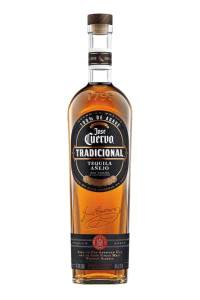