The delights of enjoying a cold, crisp, refreshing beer are nearly unmatched, no doubt about it. But if you want to tone down the booze big-time, the best non-alcoholic beers are the way to go. Sure, we’re well into Dry January, but think of right now as an ample time to keep the (non-boozy, surprisingly delicious) fun rolling with some of the best N/A beers on the market.

Non-alcoholic beers have grown in popularity in recent years as an option for everyone from teetotalers to those obsessed with fitness who want a refreshing brew without as many calories and with a minimal amount of alcohol by volume. The good news is, the best non-alcoholic beers are perfectly refreshing right now, and any old time you want a beer without the booze.

Enter non-alcoholic beer that doesn’t skimp on flavor or quality.

What Is Non-Alcoholic Beer?

What’s the catch? And (beyond the obvious), how is N/A beer different than regular old beer? Non-alcoholic beer starts out as regular beer and is then heated to remove the alcohol. This, in the past, has left it with a simply fruity and syrupy taste that beer lovers have rejected outright.

Thankfully though, craft breweries nationwide have begun to dip their toe in the hoppy pool that is non-alcoholic beer and attempted to make it delicious. And when we say delicious, we mean with flavor to rival the best craft beers on the market.

By adding extra bitters, herbal flavors, and more hops to supplement the lack of a warming alcoholic taste, they’ve created some pretty tasty brews that can give you the satisfaction you get from beer drinking without the hangover.

One thing to note about non-alcoholic beer is that some brands have no alcohol at all, and some have very little alcohol content that’s minimal, but there nonetheless. Suppose you’re pregnant, nursing, or trying to avoid alcohol altogether. In that case, it’s important to check the labels of the brand you’re buying, as by law, non-alcoholic beers sold in the U.S. can contain up to 0.5 percent alcohol by volume. There are two categories of non-alcoholic beer, technically, which include alcohol-free beer that’s completely free of any semblance of booze and non-alcoholic beer, which may contain trace amounts.

To find the perfect non-alcoholic beer for you, check out some of our favorites this season and into the next.

Athletic Brewing has mastered the art of crafting non-alcoholic beers that are favored by fitness enthusiasts and beer fans alike, with a particularly large following among, well, athletes. Yet, best sellers like this IPA are a surefire winner, too. At only 65 calories per serving and 14 carbs for this goes-with-anything IPA, Athletic Brewing has led the way for some time now with beers that blend quality ingredients with a low ABV (0.5 percent, the limit for a beer to classify as non-alcoholic). With engaging can designs and a wide range of styles, Athletic Brewing is a widely available, highly delicious N/A beer. 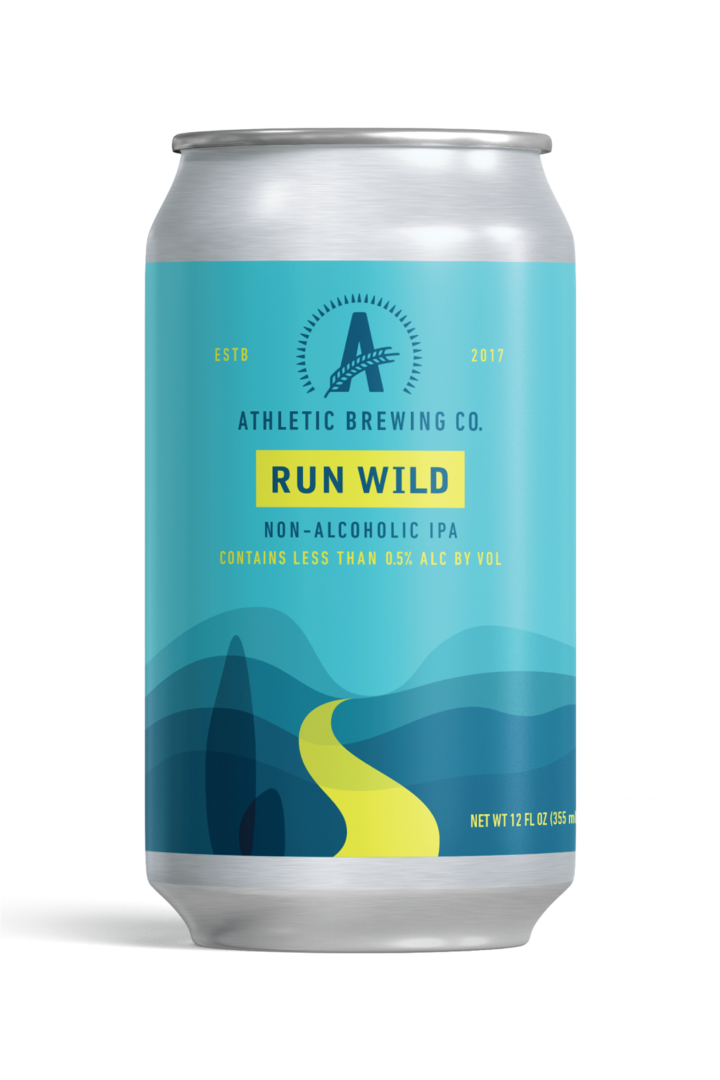 Yes, we had to slot Athletic Brewing into the top two slots for the best non-alcoholic beer — because if you want a N/A beer that goes way low on calories without losing flavor, it’s tough to go lower than just 25 calories. Of course, one of the biggest keys to look for when adding some non-alcoholic beer to your fridge? Look for the requisite flavor and “as-close-to-craft-as-possible” mantra, and in this instance, a light beer that strips away the booze is the way to go. 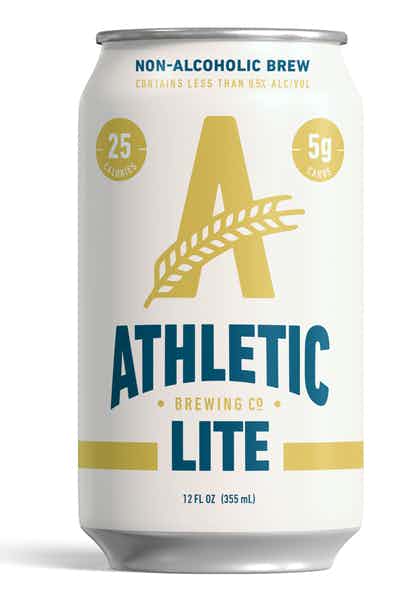 Want all the tropical and citrus aroma and flavor of an IPA without the booze? 10 Barrel’s N/A IPA is available year-round, yet an especially useful addition to your fridge for the rest of Dry January. You’re also guaranteed some malt character, with a refreshing hop bite akin to the best boozy IPAs (but again, without the booze that leaves your head pounding the next day after a few too many). 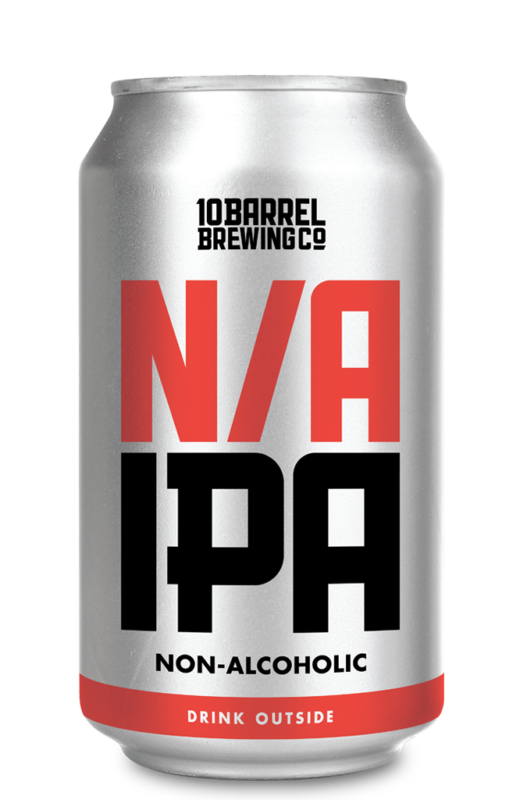 Just as with the regular world of craft beer, non-alcoholic beer comes in a rather astonishing variety of styles, like this stout from UK-based Big Drop Brewing (don’t worry: It’s brewed out of Chicago for easy access Stateside). The best thing about the best non-alcoholic beers is how they manage to deliver the same experience as your favorite trusted craft beers but with so few calories. so little booze and so much flavor. Here, the dark, roasty notes of a stout are delivered in every sip, and Big Drop Brewing calls this one a “rich, unctuous, and an absolutely decadent treat.” We’ll toast to that. For a truly alcohol-free imbibing experience, go with the crisp and light Suntory All-Free, launched by the beverage giant to meet growing consumer demand. It’s a no-fuss drinking experience that Suntory notes should serve as an ideal alternative for those craving a beer-like drinking experience with no booze whatsoever. It helps that it mimics the lightweight sensation of sipping your favorite pilsner on a hot day, and it should prove a refreshing option for hot-weather outdoor pursuits, too. You could even fire up the grill and enjoy this beer alongside a favorite burger, minus the (occasional) craft beer-fueled headache the next day.

As Golden Road notes, its Mango Cart Wheat Ale is the brewery’s best-selling beer, but an alternative now abounds for Dry January (and beyond).  Of course, fruit notes come through wonderfully here in this N/A option, maintaining what Golden Road calls that “fruity, tart beer taste” of its flagship ale. Especially if you live in a warmer climate and want a refreshing kick of cold beer sans alcohol, consider this citrusy N/A option. 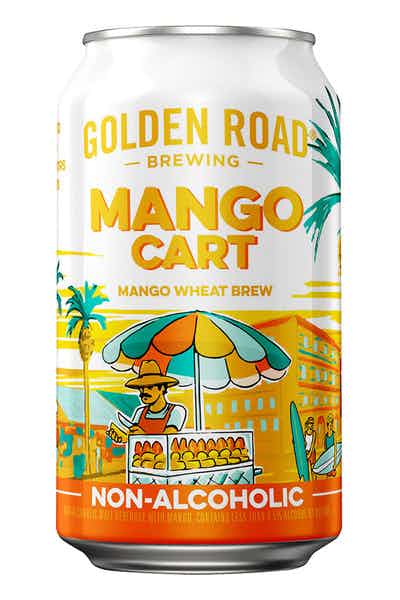 Karbach Free and Easy is innovative for, among other reasons, the fact that it’s the first N/A IPA brewed and released in Texas. Talk about breaking new ground in a state that certainly loves its cold beer. Still, the real winner here is the approach: Replicating those crucial citrus and grapefruit zest notes on the nose and palate, yet cutting back on the booze (it clocks in at the customary 0.5 percent ABV). Make some room in your beer fridge for a groundbreaking N/A IPA. 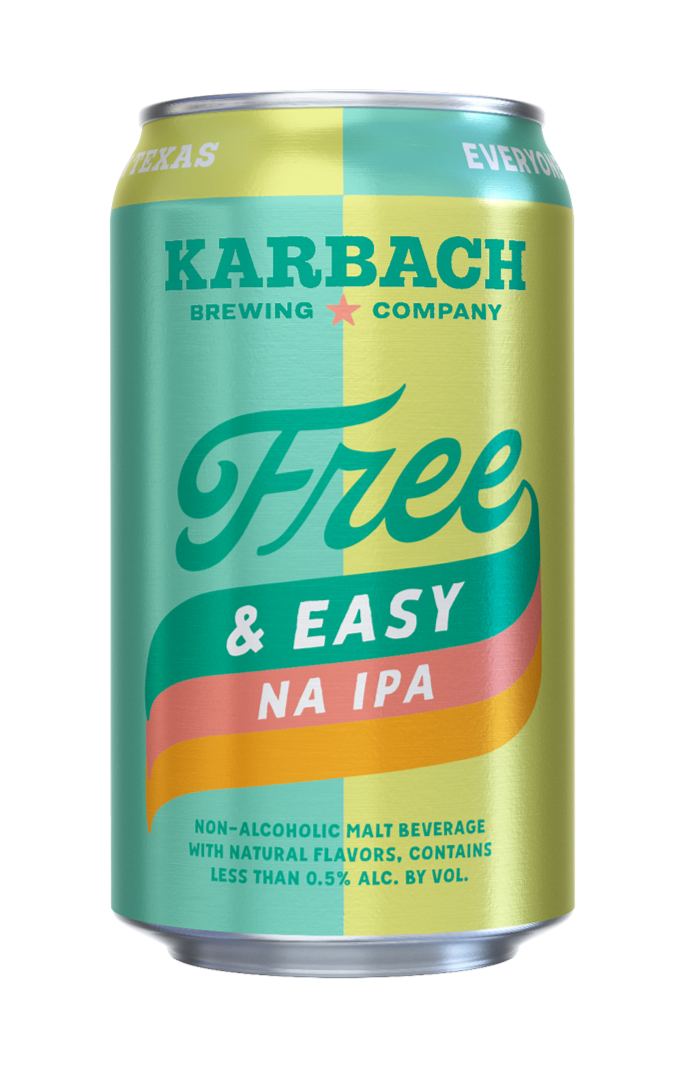 Omission is on a, well, mission to brew beer differently by reducing gluten significantly, and they’ve upped the ante even further (and dropped out the booze) with this N/A IPA. For too long, N/A beers failed to toe the line between flavor and that critical alcohol reduction, but as Omission notes, they think they’ve hit on the perfect formula with the “perfect level of malt character and a smooth, clean finish.” Sounds like another worthwhile non-alcoholic beer for Dry January and beyond. 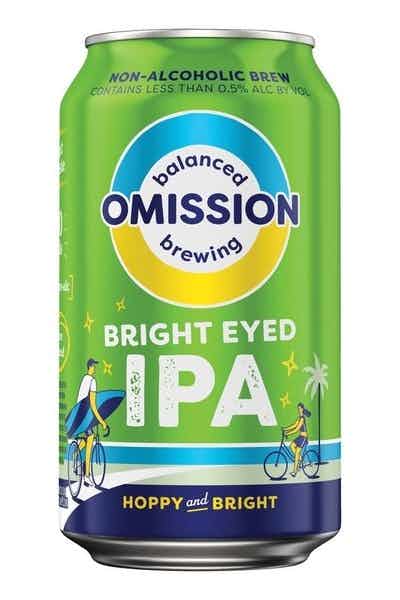 If you find yourself in Brooklyn (or even in Manhattan), be sure to make your way over to one of two airy, chic taproom locations by TALEA, an NYC upstart shaking things up in the craft beer world. The brewery is female-founded and owned, but what’s even more refreshing is TALEA’s approachable take to the lighter side of the beer world (especially sours) — and that approach extends to a newly launched line of N/A beers this Dry January. We also appreciate the approach to crafting a more unique Marzen style in the N/A fashion, and we think you’ll feel the same way.

The idea that sometimes, you just want a beer that tastes like, well, beer… it holds true even in the world of non-alcoholic brews, too. As the company itself says, “drinking a cold beer is one of life’s simple pleasures,” but it can in fact be done in a way that calls to mind your favorite timeless, cold sippers (sans alcohol, of course). Here, the New York City brand focuses on crafting a lager reminiscent of heftier lagers, this time cutting things down to a succinct 54 calories. Enjoying classic beer without the beer (yet with all the hop flavor you crave) just got even easier. As craft beer lovers well know, there’s no joy quite like finding a beer that pairs wonderfully with a favorite meal. And just because your calendar currently reads (Dry) January doesn’t mean you have to sacrifice your tendencies as a gourmand. Boulevard’s Flying Start N/A IPA is a year-round favorite that lends itself to a variety of food pairings, especially spicy Mexican and Thai foods. The next time you want a tasty brew to complement an even tastier meal, consider an N/A option from Boulevard. Ritual Zero Proof Review: How Do Whiskey, Gin and Tequila Alternatives Compare to the Real Thing?