You can find pumpkin-flavored anything these days, but we have a favorite among fall-flavored treats: pumpkin beer. It’s a great way to ring in the season and switch out that lager you’ve been drinking all summer. But like the notorious pumpkin spice latte, pumpkin beer has been known to start some heated debates. Some love it, others hate it. In any case, we think everyone should give it a try this fall.

Pumpkin beer (more precisely, pumpkin ale) offers a unique spice that, well, literally spices up your evening brew. Some of these ales incorporate ingredients such as coffee or cinnamon to up the ante even more. Plus, the ABV is typically higher than regular beers — something we’ll gladly take.

The History of Pumpkin Beer

You may think that pumpkin beer is a recent invention of the craft beer scene, but the flavored brew is actually as American as apple pie. As early as the 17th century, American settlers were brewing pumpkin beers.

Why would our ancestors turn to squash to make beer? Were they actually as hip as Millennials? Probably, but the real reason is availability. Barley to make malt was a rarity, but pumpkins were not. In colonial brews, pumpkin often entirely replaced the malt. This was so common, in fact, that America’s first folk song even mentioned this dilemma:

“Instead of pottage and puddings and custards and pies, Our pumpkins and parsnips are common supplies; We have pumpkin at morning and pumpkin at noon; If it was not for pumpkins we should be undone … Hey down, down, hey down derry down … If barley be wanting to make into malt, We must be contented and think it no fault, For we can make liquor, to sweeten our lips, Of pumpkins and parsnips and walnut-tree chips.”

The use of pumpkins to make ale continued to be commonplace in the United States until around the beginning of the 19th century. At that point, malt became readily available, and pumpkins were seen as rustic and quaint rather than a necessity.

It wasn’t until the 1980s that modern brewers again began experimenting with pumpkin beer. The first brewer to do so was Buffalo Bill’s Brewery. While Buffalo Bill’s and other brewers initially experimented with using actual pumpkin in their brews, most modern pumpkin beers focus more on the use of pumpkin pie spices. Some originalists, however, do still use a bit of the vegetable in their recipes. This includes the Brooklyn Post Road Pumpkin Ale, which is loosely based on a 1771 recipe that remained popular for well over 100 years.

What to Pair with Pumpkin Beer

Like any drink, different beers pair well with different foods. But, you may be thinking that nothing quite goes with a pumpkin beer. True, these brews have a lot of flavor that would overpower some dishes, but pumpkin beer actually pairs extremely well with:

The best pumpkin beers also taste great on their own on a blustery autumn evening.

If you’re thinking of getting adventurous this autumn, or need to satisfy a pumpkin beer craving, read on. We’ve rounded up 15 of the best pumpkin beers to sip this fall.

This Pumpkinator from Saint Arnold holds the #1 spot for top-rated pumpkin beers on Beer Advocate. Oh, and it also won gold at the 2017 Great American Beer Festival. If that doesn’t convince you, then maybe a 10.5% ABV will. The Texas-brewed beer is big, dark and full of spicy flavor. If you find these bottles in stock, grab them quickly. They usually sell out around the Halloween season faster than the brewery can produce them. 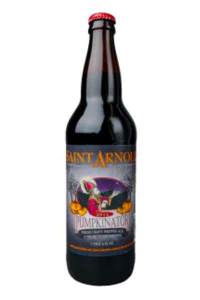 This brew from Cigar City is ideal for camping, bonfires or other outdoor activities before it gets too cold, and it’s actually a great pumpkin beer, too. In fact, it comes in second place on Beer Advocate’s list of the best pumpkin beers. It boasts a pumpkin malt flavor with pumpkin pie spices mixed in. The color of the brew is copper orange with a tan head, making it ideal for pairing with a thick sweater and falling leaves. 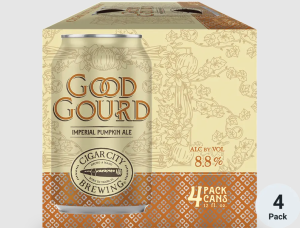 When we say the New Belgium Voodoo Atomic Pumpkin is the most spicy, we don’t mean that it has the strongest notes of cinnamon and nutmeg. No, we mean it’s actually spicy. That’s because New Belgium has added habanero chilies into this seasonal brew. So, you’ll definitely taste the heat in addition to notes of Saigon cinnamon and pumpkin. With a 6.4% ABV, this beer is easy to sip on, and it should be available in stores and online nationwide.

There’s something about drinking an orange beer that just makes you think of fall. That’s why we love the cloudy, golden color of the Kern River Pumpkin Ale. In addition to being pitch-perfect in terms of hue, this beer also boasts notes of all the best flavors of the season. The California-brewed ale features an aroma of pumpkin pie with cinnamon, nutmeg, allspice and ginger. It also provides that hygge-fall feeling in your mouth with flavors of sweet pumpkin squash and clove. 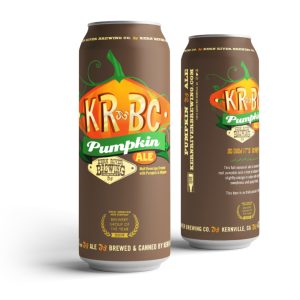 If spiciness is your thing, go for Schlafly’s Pumpkin Ale. It’s one of the stronger, spicier pumpkin ales, making it best served in a real sniffer or goblet. It also has a high ABV (8%) and flavor highlights including cinnamon, vanilla and caramel as well as the pumpkin squash flavor many other contenders miss. The character of the beer also means there’s little to no bitterness found in the brew. 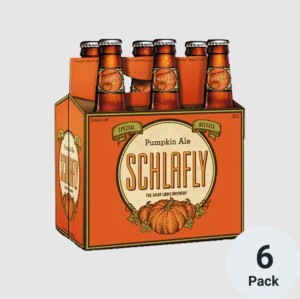 The Uinta Pumpkin Ale may have a name that’s hard to pronounce, but you’ll soon be seeking out this beer everywhere you go. The Utah-based brewer has created a pumpkin ale that still has a hoppy taste, which is something many other seasonal ales lack. That’s because pumpkin and its associated spices often cut through the bitterness of hops. This ale, however, combines flavors of caramel malt, tea and pumpkin to deliver a slightly sweet yet smooth brew with a bready after taste. 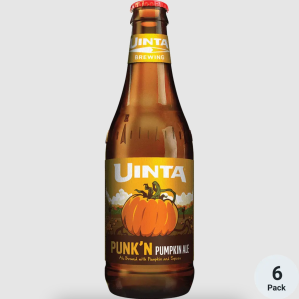 As we noted above, historically, pumpkin beer was made with the squash itself. Today, it’s mostly normal ale with pumpkin pie spices mixed in. The Brooklyn Post Road Pumpkin Ale is actually based on a popular 1771 recipe that included a bit of both. The pounds of pumpkin provides a nice, crisp brew, just like our forefathers drank. It’s even named after the road that used to connect Boston to New York City. 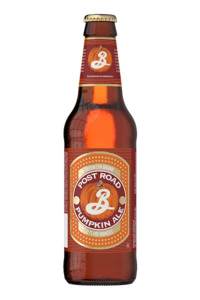 Most pumpkin beers come in larger craft bottles, but if you need cans, pick up some of this brew from Montauk. A sign of the cooler season, this pumpkin ale has a balance of warming spices and a slight hop aroma. It definitely pairs well with sweater weather. Because this beer is brewed in New York, it may be more readily available on the East Coast, but the brewery does distribute nationwide. 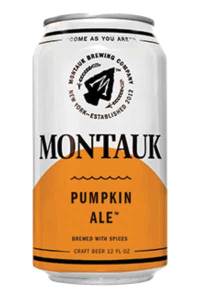 This Shipyard Pumpkinhead is the brand’s first pumpkin beer (the other being Smashed Pumpkin), but most people like both. The wheat ale has a crisp and refreshing flavor that uses ingredients such as Willamette and Saphir hops to balance the spiciness of cinnamon and nutmeg. But be warned: this beer only has a 4.5% ABV. After a few, you might not feel the effects as much as some of the heavier hitters on this list. 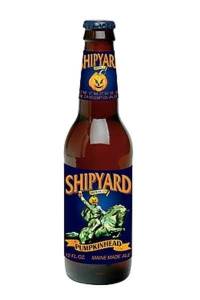 Blue Moon is one of the bigger brands to venture into the pumpkin patch, and they nailed it with this Harvest beer. The taste profile is a nice balance between sweet and spicy with some cinnamon to boot. Enjoy it out of a nice sniffer or goblet to get all the autumnal scents. 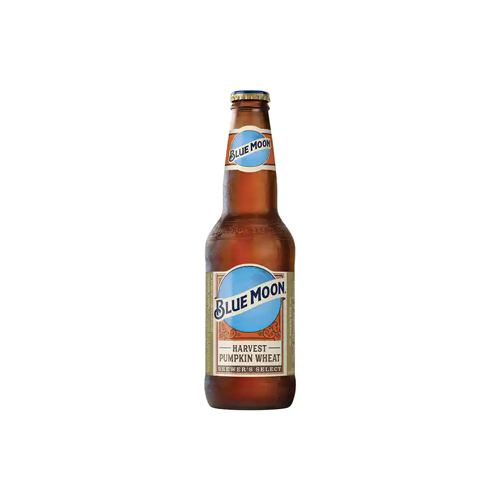 Brewed with actual pumpkin, cinnamon, allspice and ginger, the Saranac Pumpkin Ale is a full-body beer that matches fall weather well. Plus, all the ingredients used in the beer are sustainably sourced, including the pumpkins. While this beer is certainly full of flavor, it’s the type of brew you can sip on every day without getting overwhelmed. The 5.3% ABV also helps make this an easy-sipping beverage. 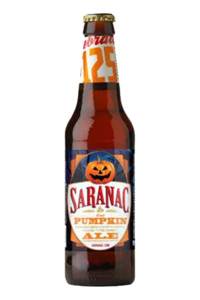 Hard cider is gaining in popularity, and the fizzy beverage lends itself perfectly to the spicy pumpkin flavors. So, we just had to add the Woodchuck Private Reserve Pumpkin to this list. Looking for pumpkin pie in a can that happens to get you tipsy? Go for pumpkin cider. It’s not too sweet, though, with leading flavors of cinnamon and nutmeg. Enjoy it with dinner on a cold night as a wholesome, delicious way to warm up. 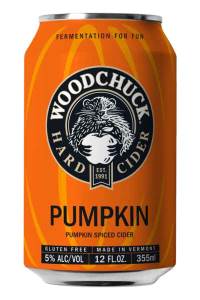 Coffee is a fairly common addition to pumpkin beers, upgrading the taste with a touch of rich bitterness. This Elysian Punkuccino does it better than any other coffee beer, coming straight out of Seattle, the coffee capital of the U.S. It’s creamy, delicious and makes a perfect adult substitute for chocolate on All Hallows’ Eve. This pack includes Punkuccino as well as three other award-winning autumn flavors. 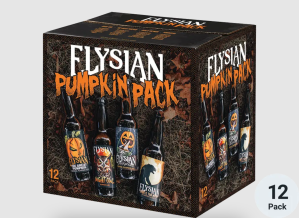 Dogfish’s Head Punkin Ale gets a unique flavor from organic brown sugar. It might sound gross, but it’s actually very tasty, and might even convince the pumpkin beer skeptic in your group to like the stuff. 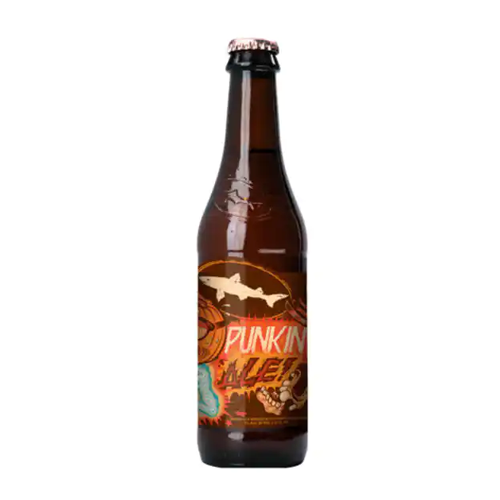 This rich pumpkin ale from Southern Tier is an ode to Púca, an autumn creature from Celtic folklore. Púca isn’t your typical Halloween monster, however. Instead of spooking wanderers, he whisks them off into the night for a wild, unforgettable ride. This sweet but dry pumpkin beer delivers that wild ride and boasts top reviews from over 7,000 customers on Beer Advocate. We’ll be drinking this one throughout October and eagerly awaiting its return after that. 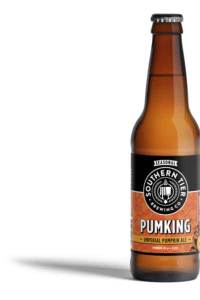 Calling All Beer Lovers: You Should be Drinking From the Best Glassware for Your Brews