What’s the first thing that comes to mind when you think of Russia? Shirtless Putin on a horse, 1980s USSR v. Reagan, and, of course, vodka are likely among the top mental search hits there. That last one is particularly relevant, as the world’s best vodka has been linked to the country for centuries, both in terms of production and consumption. “It is the national drink of Russia, having played a big role in Russian culture throughout history,” said Scott Oliver, CEO of Roust Americas, which owns popular vodka brand Russian Standard. “To understand how important vodka is to Russia one only has to look at the word origin — the word vodka is the diminutive of the Russian word for water — to Russians, vodka is a beloved water.”

While vodka remains the most popular booze category with consumers here in America, it was literally defined for years as a flavorless, odorless spirit. That has changed recently, per the new TTB guidelines, and for good reason — there are indeed flavor nuances that define particular brands. But that wasn’t always the case. According to Oliver, for many years, Russian vodka wasn’t exported because most of it was actually pretty crappy. In the 1990s, Russian Standard set out to change that perception by making a better version of the beloved spirit and finding an international audience for it. “Now there are several premium Russian vodka brands that are exported globally,” he said.

Russian vodka is traditionally made from wheat, with some brands using a small amount of rye as well in the mash bill. “Winter wheat is particularly hardy because it survives the harsh Russian winters,” said Oliver. “Our vodka passes through over 200 distillation plates in some of the world’s tallest distillation columns (the taller the columns, the better to purify the spirit) and then is filtered through birch charcoal, one of the best natural filters. Our vodka then goes through an extra step of relaxation before bottling, which gives the vodka time to balance out to ensure uniformity in character. Oh, and I would be remiss if I didn’t point out that we also rinse our bottles and our bottle caps with vodka before bottling to ensure that nothing upsets the perfect balance we have set out to achieve with our vodka.”

That might be how Russian Standard likes to do things, but other brands have different methods of production, usually involving multiple distillations, the use of a natural source of water for purity, and a multi-step filtration process. While there are a staggering array of vodkas to choose from, those that are of high quality and produced in Russia are actually fairly limited here in the United States. So while you might assume that the best vodka in the world comes from Russia, some of the brands are actually based elsewhere. Once again, capitalism wins out.

Determined to enjoy vodka like a real Russian? Well, comrade, here’s a guide to some of the best Russian vodka brands that you should try now.

Russian Standard is a classic example of Russian vodka, with three core expressions available in its lineup. All of the vodka is made from winter wheat and water from Lake Ladoga, according to the brand, distilled through over 200 distillation plates, and filtered four times through charcoal. The original is crisp and bright with a slight bit of sweetness on the palate, Gold has Siberian ginseng extract added to produce a creamier mouthfeel, and Platinum is filtered through silver in an extra step that is meant to result in a cleaner taste. All are “relaxed” for at least 48 hours after distillation and before bottling, with Platinum waiting an extra day to allow the spirit to settle and balance. 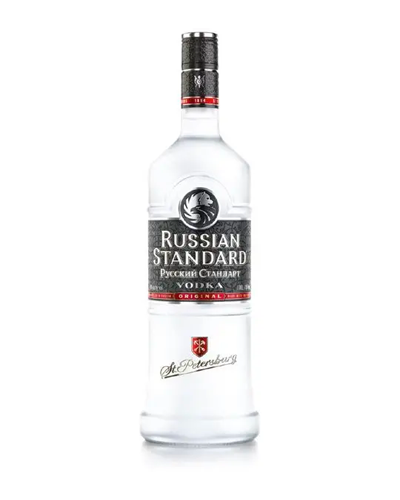 Stolichnaya, better known as simply Stoli, has been around since 1938, and the lineup now has several flavored options in addition to the core bottling. Wheat and rye are the grains used to make this spirit, with the focus on spring and winter wheat to provide the flavor backbone. At the distillery in Tambov, the vodka is triple distilled and then sent to a facility in Latvia to be filtered four times through Russian birch charcoal and quartz sand before being blended with well water and bottled. Tasting notes for the original include marshmallow, citrus, and wet straw on the palate. And if you’re looking for something with a fruity character, try the lime, raspberry, or orange expressions. Best known as a cheap vodka here in the United States, it’s also a classic Russian vodka. 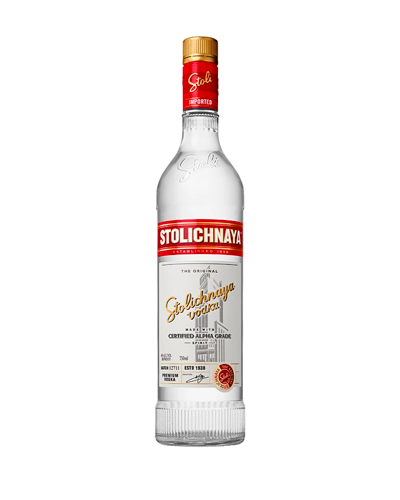 Diageo owns Smirnoff, a brand founded in Moscow in 1864. Truth be told, the brand is not actually produced in Russia anymore, with Diageo making it in distilleries around the world that are part of its giant drinks empire, but it’s still worth noting this OG Russian brand. The classic expression comes in different proofs — 80, 90, or 100 — and is filtered ten times before bottling. The palate is clean and unremarkable, which is the point here; this is meant to really fall into that category of vodka that allows other ingredients to shine in cocktails, or just sip smoothly and softly on its own. 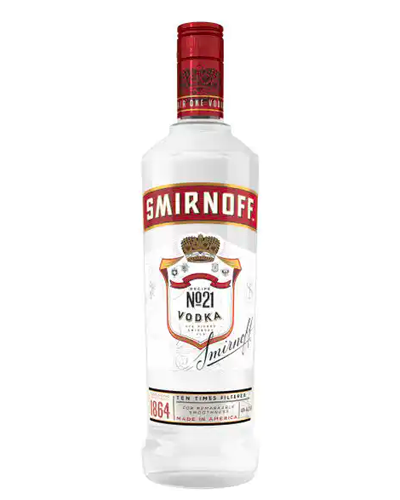 Beluga is produced at the Mariinsk Distillery in the far eastern expanse of Siberia. The core expression is Beluga Noble, which was first produced nearly two decades ago in 2002. This vodka is made using a malt base spirit, which is triple-filtered and rested for 30 days to reduce the “harsh smell” and enhance the taste, according to the brand. There’s also Celebration, which was created to commemorate 115 years of the distillery’s lifespan. The main feature of this expression is the ornate bottle, made using a vacuum metalizing process with double platinum coating and gold lacquer. There are some other bottles to explore as well, culminating in the extremely limited edition Beluga Epicure by Lalique, which comes in a showstopping decanter and commands a hefty price to match. 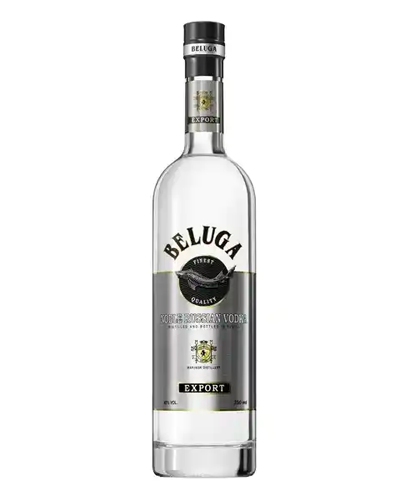 This Russian vodka brand likes to tout its “9-5-3” formula, which breaks down as follows. There are nine filtration steps, the first five involving water that comes from near the Finnish border, the last four of the spirit after distillation using birch tree charcoal granules. Five is the number of times the vodka is distilled, from a mash bill of non-GMO winter wheat and rye. And the three stands for the number of tastings it undergoes in the quality control process — the initial grain alcohol, the water used, and the final distillate. The brand also claims that no additives are used in the vodka, something that is not the case with other brands. There is only one Zyr expression, so don’t come looking for any flavored varieties. 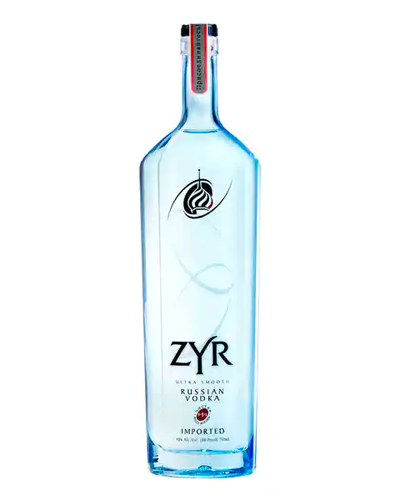 This vodka is produced in “one of the most remote regions of Siberia,” according to the brand, from a neutral grain spirit that’s distilled five times over. There’s not a whole lot of other information about Husky available, other than it’s named after the dog breed and you can find it in over 50 countries around the world. Nothing much to get too excited about here, just a cheap workhorse vodka that will get the job done. 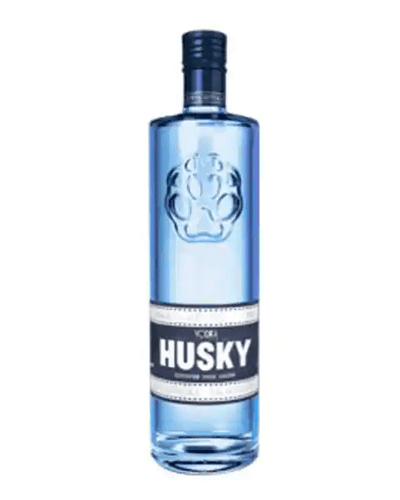 This vodka brand harkens back to the old days of Russia, hence the trademarked slogan “the drink of the czars”. This Russian vodka is so authentically Russian that the official Jewel of Russia website looks like it was designed in 1997. Despite the admittedly dated web design, this is some of the best Russian vodka hailing from the former USSR. There are two core expressions available, the base level Classic which is made from wheat and rye using a five-step slow-flow filtration process, and Ultra which is a limited-edition bottle that is rectified to get rid of the congeners that can make a poor quality vodka a chore to drink. Then there are a couple of berry-infused versions, one made with cranberry and the other with bilberry. 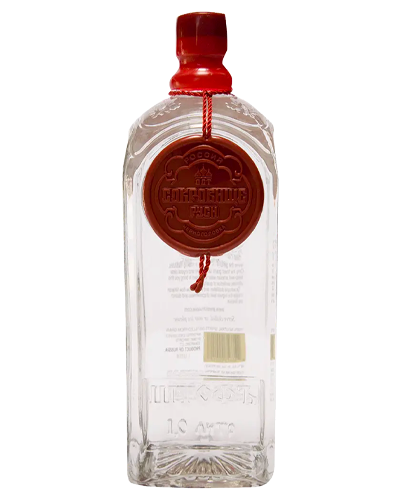 This is another Siberian vodka produced at Itkul, one of the oldest distilleries in the region of Altai. Mamont is a single estate product, meaning the grain-to-bottle operation occurs in one location. It’s made from four grains (malted barley, malted millet, wheat, and rye) and distilled six times. This vodka is definitely marketed as a higher-end spirit, with sleek packaging and a website to match. There are several limited editions available, each with a design that points to a specific theme, And if you’re feeling a little goth, you can try Mamont Blood, a dark red sister spirit infused with flavor and color by the addition of berries and herbs from the Karelian region of Russia. 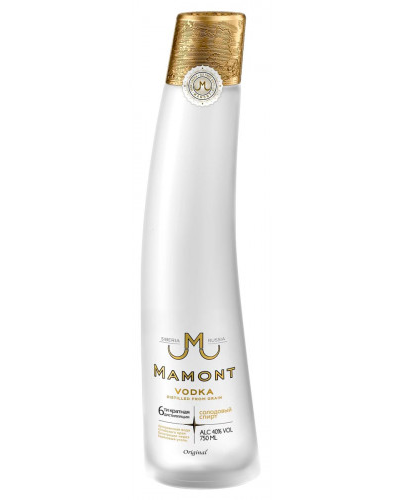 17 Low Calorie Liquors To Drink on a Diet