What’s old is often new again — and few things perhaps embody that phrase better than the rise of rye whiskey. A once-popular spirit before the Prohibition days of the 1920s, rye didn’t seem to quite recover after Americans were allowed to (freely) drink again, as many viewed it as a somehow lesser option compared to bourbon.

However, in recent years, the trends have swung back around to the long-forgotten whiskey sibling. Rye has become a worthy alternative and addition to the whiskey family tree; its bolder and spicier flavors are embraced all over the country as a fun way to change up and refresh whiskey staples. Even the Old Pal cocktail from the good ‘ole days is finding its way back into today’s modern-day cocktail menu. If you’ve not taken the plunge, let us be your (literal) spirit guide as we introduce you to the wonderful world of rye.

How is Rye Whiskey Produced?

As hinted at in its namesake, rye whiskey is made in a process similar to that of other whiskeys. Grains are mashed — that is to say, essentially placed in warm water and then steeped — allowing for the grain to break down into sugars. From there, the mixture is aged in wooden casks which helps to change both the flavor profile and the color of the liquid, yielding the ever-popular spirit: whiskey. The time spent aging in a cask varies from brand to brand.

However, with rye whiskey, the spirit has to be distilled from at least 51% rye in that fermentation process. A member of the wheat family, rye is actually just a few steps removed from barley. This translates to a spirit that has more of a spicy or grainy taste (bourbon has a sweeter taste, for comparison). Basically, it’s helpful to think of whiskey as a tree with a bunch of different branches, of which rye is one. Also, in order to be considered true rye whiskey, it should be cask-aged for at least two years.

If you’re going to get a bottle of rye, here are some keys to keep in mind:

In order to be truly considered rye whiskey, the grain mixture has to have contained at least 51% rye. You can go more, but you absolutely cannot go less. Additionally, it must also be aged in brand new, charred oak barrels no higher than 160 proof, and must be bottled at a minimum of 80 proof. These rules and regulations are what sets rye apart from other whiskeys.

2. The Longer, The Better — But Not Without Its Costs

Just like a fine wine, rye is going to taste better the longer it is aged in those new oak cask barrels. However, the process takes longer and therefore drives up the price accordingly. Be aware that not unlike paying for a nicer cut of meat at dinner, you’ll get what you pay for. Pretty straightforward, but worth mentioning nonetheless.

3. Rye Works Well With Everything

On the rocks, with a mixer, straight, or even as a nice way to spice up a Manhattan or an Old Fashioned, rye will work well in all the other ways you’d drink whiskey or bourbon. Just know it’s going to have a slightly spicier taste than what you might be used to having. Half the fun of getting used to a new spirit is experimentation, so don’t be afraid to try out a few different options until you settle on something that works for you.

What Are the Best Rye Whiskey Brands?

If you’re ready to go ahead and take the plunge into the spicy world of rye whiskey, we’ve rounded up 12 of our favorites for your consideration. While each of these is available for purchase through Drizly, they’re also more than likely on the shelves of your favorite local liquor store. No matter where or how you get a bottle, be sure to go with one of the best rye whiskey brands we have below, and you won’t be disappointed.

Technically a part of Jim Beam’s larger operation, Knob Creek’s Rye Whiskey is among their best offerings. This is bottled at 100 proof to provide a big and bold flavor that’ll be just as good on ice as it would in a cocktail or straight. Additionally, it has a touch of nuttiness to the taste, giving it a bit of an earthier tone. Made in small batches and the winner of the Gold Medal Award at the 2016 SIP Awards & International Spirits Challenge, you’ll be hard-pressed to go wrong with this bottle. 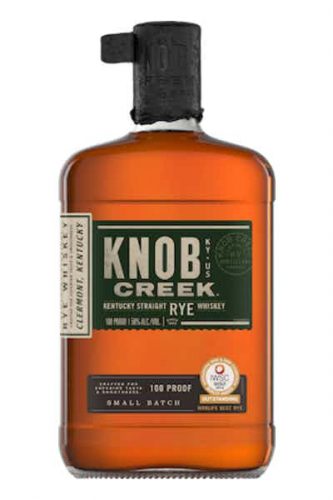 As evidenced by its name, this 10 year rye whiskey from WhistlePig has been cask-aged for a whole decade to ensure a deeply rich flavor and texture. Upon tasting, you’ll get wood notes that then give way to touches of vanilla, caramel, orange peel, cinnamon, all spice, and even clove; those favors help to temper the inherent spiciness of the rye. The almost creamy flavor makes it all the better to sip on neat or with an ice cube to give it a slight chill. 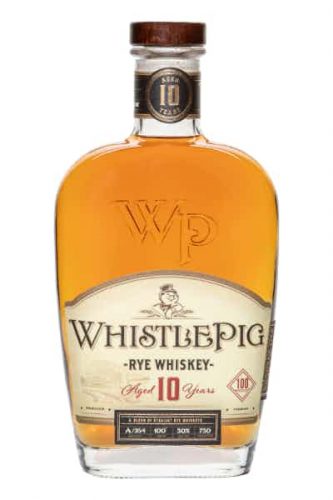 The Indiana-based distiller Redemption has quite a tasty rye. On the younger side of the distillation process at only two years, it’s bottled at a hearty 92 proof to make it worthy of its whiskey roots (i.e., full-flavored and spicy). Tasters will find notes of citrus and even mint which make it a great choice for a Mint Julep —  regardless of whether or not the Kentucky Derby is on. 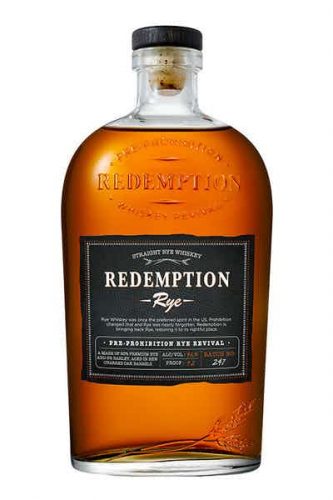 Wild Turkey might not be the first name you think of when you think of whiskey, but in recent years, the brand has seen a bit of a recurrence (perhaps in part to the presence of brand ambassador Matthew McConaughey). Nevertheless, their take on rye is a solid option for those looking to test the waters on the spirit. With bold notes of vanilla, you won’t lose the taste in mixers or in cocktails, making it a versatile option to have on hand. 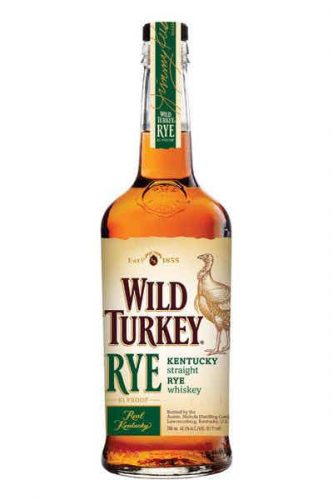 At 84 proof, Slow & Low will absolutely get the job done, especially if you’re drinking it straight. Hochstadter’s rye has notes orange and honey that will be enhanced if you serve it over ice. Smooth and delicious, definitely drink it as advertised, which is to say slowly and steadily to get a real handle on its tasty flavors. 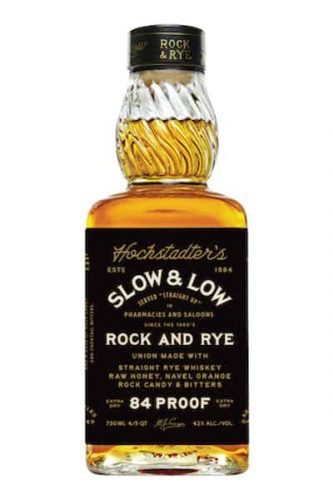 This Louisville favorite is one-of-a-kind each and every time. Each bold bottle has a sweet yet spicy taste that will taste different depending on when you buy it since each bottle is from a single-barrel release. Though it may taste a little different each time, expect a bit of light spice, black pepper, marmalade, plum, caramel and spicy grain in each bottle. Additionally, this rye is aged in a heated warehouse to give it a bold flavor. 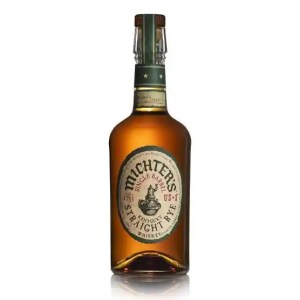 Woodford Reserve’s rye boasts a slightly lower amount of rye than other brands (but still within the 51% range needed to be considered rye) which means it has a sweet finish on top of just a touch of spice. Made entirely in Kentucky — from distilling and maturing to bottling — it’s worthy of all the other fantastic brown spirits that come out of that hallowed ground, making for a necessary inclusion among any whiskey enthusiast’s collection. 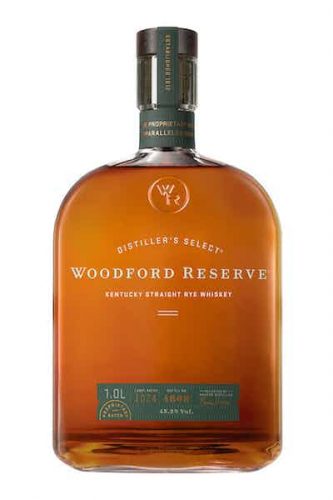 Although we never suggest you dip under $25 when purchasing a bottle of rye whiskey, Old Overholt is the only time we’re going to allow it. This $20 bottle has been around since the 1800s and is the most delicious rye whiskey you can snag at the price point. It’s a young whiskey that’s bottled at 86-proof and has the same sweetness and spiciness you’d expect with any other rye whiskey. 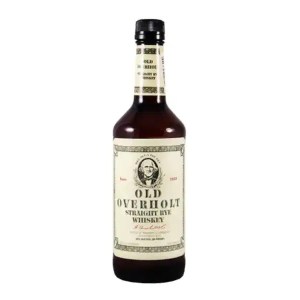 High West’s Double Rye! blends together a young buck (two-year rye) with an aged portion. Essentially the grizzled veteran paired with the young hotshot, the results are a staggeringly interesting combination that gives way to traditional rye spice upfront, followed by hints of mint, eucalyptus, tea, cinnamon, honey, and then a finishing note of anise. It’s a complex and interesting flavor that’s anything but boring and makes for a strong base in an Old Fashioned or Manhattan. 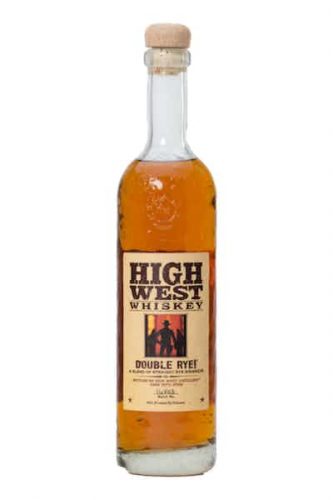 With a staggering 95% rye base, Bulleit’s rye whiskey is going to allow you to take real pleasure in enjoying each and every note of its bold and spicy flavor. The oaky tones will become apparent as soon as you pour a glass, while the taste itself yields notes of vanilla, honey, and spice. Bulleit’s rye is particularly great when you’re looking to really punch up an Old Fashioned, as its rich tones enhance and deepen the cocktail into something new and fresh. 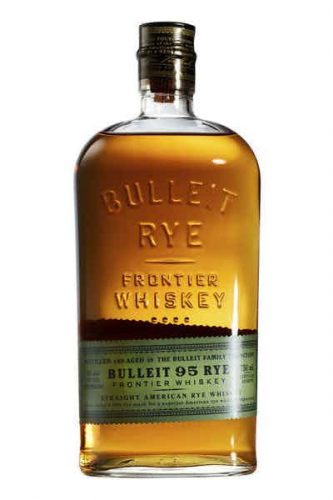 Made from 65% rye, 20% malt, and 15% corn, this rye from Old Forester has a good blend of notes to give the whiskey a bold flavor right out of the gate. With its warm, almost velvet-like feel, you’ll get notes of oak, spice, fruit, orange peel, and vanilla that finishes with more of the fruit taste. At 100 proof, it’s great to sip on its own, as the unique blend of flavors gives it a textured and rich taste — especially at its compelling price. 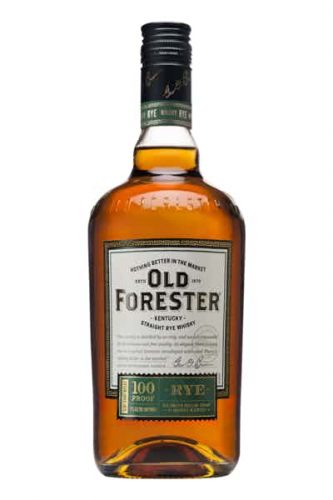 Any dedicated whiskey aficionado will tell you that Angel’s Envy is among some of the best whiskey around. So it shouldn’t be surprising to hear the same can be said of the brand’s rye offering. Released only twice a year (!), the rum casks used for aging this special drink were previously used to age French cognac. This gives the spirit an additional layer of taste and texture; the sweetness of the cognac helps to counterbalance some of the bold and spicy flavors that you typically get from rye. The concluding result is a highly drinkable, incredibly tasty spirit that’s nothing short of amazing. 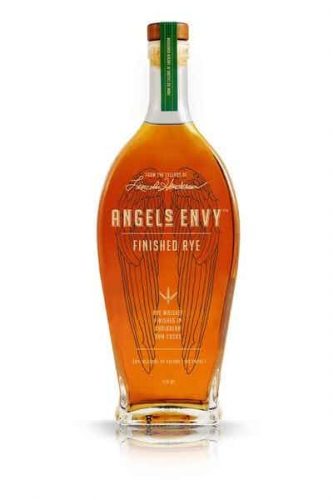 Some FAQs About Rye Whiskey

How Much Does Rye Whiskey Cost?

Let's get real: you're not going to find a good bottle of rye whiskey for under $25 (with the exception of Old Overholt Rye Whiskey), so, keep that as your absolute bottom-barrel price point. Rye whiskeys at $25 and above are the optimal bottles you should be considering, without a doubt.

What is the Best Rye Whiskey?

Knob Creek Rye Whiskey is one word and one word only: delicious. It's bottled at 100 proof to give off an enormously bold flavor that tastes delicious straight, on ice or in any cocktail. It's weirdly nutty, but don't let that throw you off, it's a flavor that seriously ties together the entire concoction. This rye whiskey truly is one you simply have to try for yourself.

How is Rye Whiskey Produced?

Like we mentioned earlier, rye whiskey is produced in a way that's actually quite similar to whiskeys like corn and bourbon. Grains are mashed, put in warm water and steeped, which allows for grains to break down into sugars. The mixture is then aged in wooden casks which changes the flavor and liquid color over time, which then creates whiskey.

With rye whiskey, it's specific that the spirit is distilled from at least 51% rye in the fermentation process and at least two years of cask-aging in order to be titled correctly. All in all, this is to give the spirit the spicier taste it is known for.