Perhaps more than any other spirit, there’s an inherently complicated nature to scotch whisky. For starters, to even claim the title of “scotch,” the spirit must abide by some strict rules. For example, it must be made in Scotland and oak barrel-aged for at least three years. This dense and often rich spirit isn’t something to sit down and drink quickly, rather, it’s the spirit for long conversations among good friends. In short, you want to make it last. But the world of scotch whisky can get overwhelming pretty quickly, hence the previously mentioned complicated nature. So with that in mind, we’ve taken the guesswork out of that for you, focusing on the best of the best to have right now.

Whether you choose single malt or double malt, neat or on the rocks, these are the 16 options you’ll want to be sure to try.

Macallan is a well-known name, even by those that aren’t the most devoted scotch drinkers. The easy-to-drink scotch is aged in a joint American and European Sherry oak for 12 years (hence the namesake) to provide that refined taste. Interestingly enough, there’s a bit more of the American oak in this particular scotch, which gives it more of a slightly smoky taste. 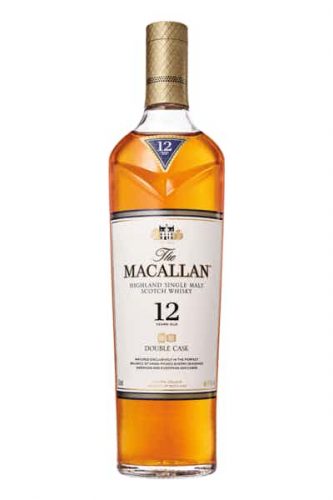 Oban got its start in a very small distillery in the Scottish Highlands where it’s been making scotch whisky for roughly 200 years. The Little Bay scotch whisky has a balance between its textured and flavorful tasting notes, which include malt, green apple, dried apricot, salt, chocolate and orange. A light and clean finish, it’s a great whisky to sip on in those cooler months of the year, as its taste almost evokes Thanksgiving-esque tones. 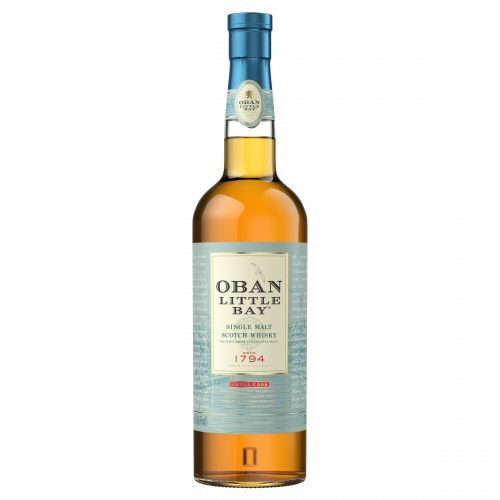 A 12-year maturation process instead of the regular 10 is something that really places The Dalmore 12 Year aside from the rest of the pack here. No, not just because it takes more time to create, but those extra years really pack on the flavor intensity more powerful than you’d imagine. With notes of vanilla, coffee, dark chocolate and citrus, your palate will begin its journey on a path of familiarity just to end itself on a wild ride nobody was expecting. Each bottle starts the maturing process in old bourbon casks of American white oak then later ages in Oloroso sherry barrels, both of which help bring that intense color and bold flavor. 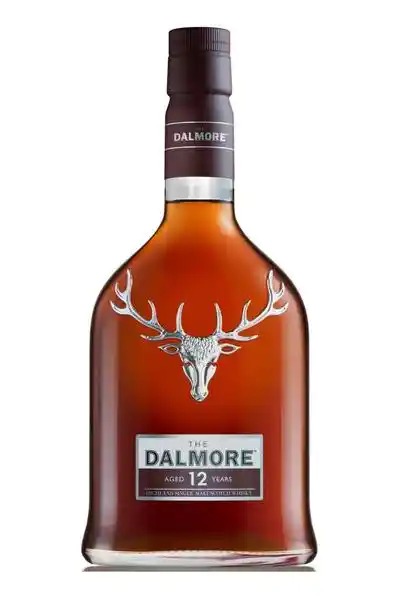 Laphroaig’s Select Isaly scotch whisky has a bit of history to it. Ian Hunter was the last direct family member to have ownership of Laphroaig’s distillery and was said to have traveled to America’s beloved bourbon country where he found all kinds of new casks that would not only provide new tastes but better consistency, too. This special ‘select’ scotch whisky comes from a marriage of both American and European casks to create a rich and layered taste. 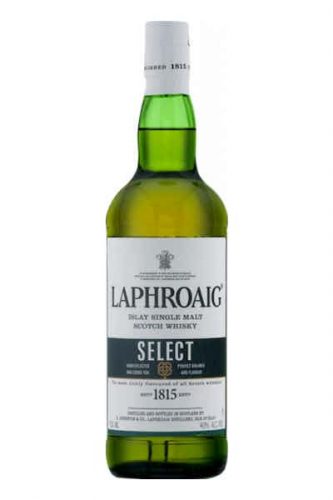 Inspired by, of all things, the Vikings, Highland Park (as seen in the Nordic detailing present in the bottle’s design) 12 Year boasts a great balance between malty notes and floral smokiness. The latter is present due to the use of Orcadian peat, which is an organic material that’s found when plants decay. While it’s great to taste on its own, the fact that it’s 80 proof actually makes it great to pair in scotch-based cocktails, if that’s your bag. 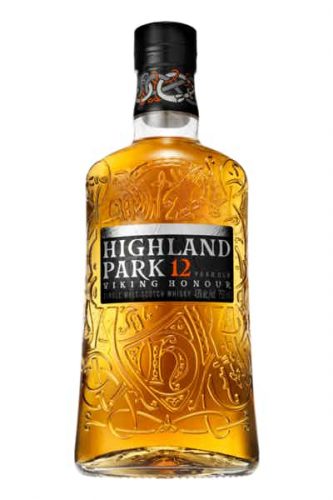 Those who love a unique blend of tastes in their scotch will be extremely taken with GlenDronach’s Single Malt 12-Year Scotch Whisky. The scotch is matured in Pedro Ximénez and Oloroso sherry casks which heighten flavor and uniqueness. With every sip, you’ll experience tastes of smooth vanilla, soft fruits and a memorably long, nutty finish, offering a robust and layered taste with each and every single slug. Great to pair alongside chocolates, fruits, and even cheese, this scotch whisky will likely be your new go-to drink of choice for every single meal. 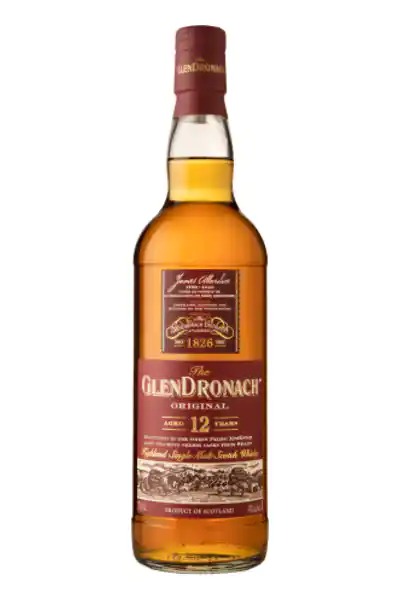 On the nose, this is a classic Lagavulin. But, this 11 Year Old Islay Single Malt Scotch Whisky isn’t as ordinary as you might think. Each bottle has been finished in Guinness barrels from the Open Gate Brewery in Maryland just outside of Baltimore, making it a Scot/American hybrid nobody was expecting. Oh, and it’s created in part with actor Nick Offerman. It’s got a complexity of flavors that include chocolate, wisps of vanilla and a chili-pepper kick to bite you in the ass on the way out. It’s classic Offerman. 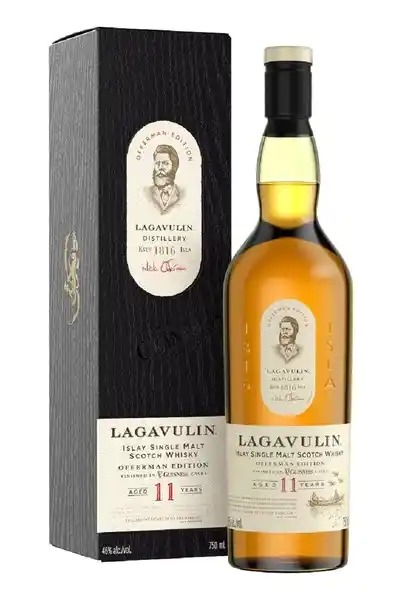 A beloved cult favorite among seasoned scotch drinkers, Aberlour A’Bunadh has an interesting pairing combination of tasting notes: raisin and cream. The heavier single malt is instantly flavorful, strong in proof, and inherently drinkable — all while retaining a distinctive and unique taste. 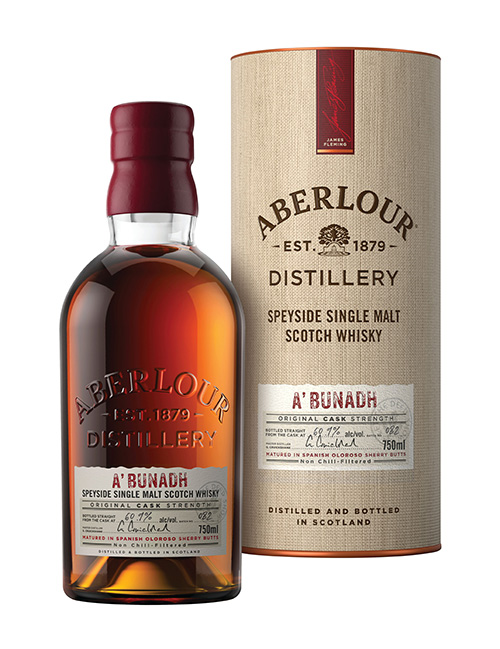 All scotch whisky seemingly has a deep and long history behind it, but Bruichladdich puts that history to use, literally. The brand’s scotches are produced on original Victorian-era machinery in order to stay true to what’s worked well all this time. An unpeated scotch, there are strong floral tasting notes, while still remaining dense and complex with each sip. 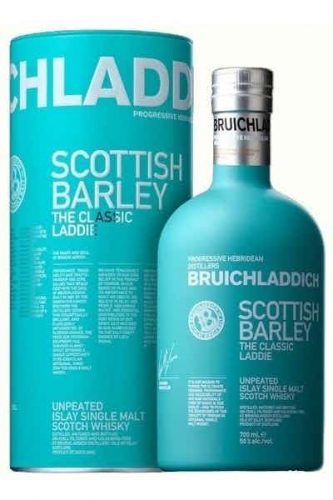 Described by the brand as a scotch that tastes like “driftwood fire at dusk,” Lagavulin’s 16 Year scotch whisky is distilled on the coast of Islay, contributing to that textured taste of peat smoke with maritime notes. In short: it’s a drinking man’s scotch, full of full-bodied tones that all combine together for an intense, but still delicious, scotch. 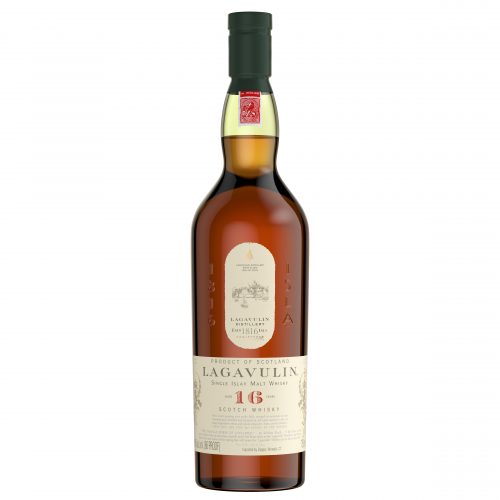 One of the most recognizable scotch brands, Glenlivet’s 15 Year scotch gets its atypical taste from maturing the spirit in French oak casks (in fact, they were one of the first brands to use these particular kinds). The French oak actually has a low density to it that allows the spirit to be enriched, deep inside the cask. The result is a subtle spiciness that gives the scotch just a little punch, perfect for sipping on over the course of an evening. 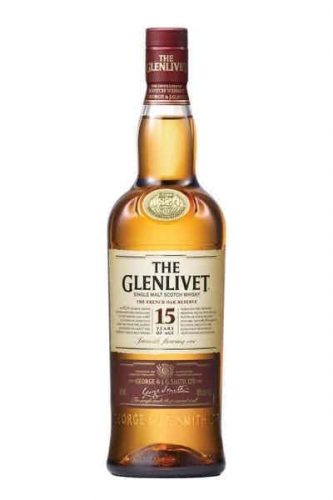 Talisker’s Storm scotch whisky combines two opposites, sweetness and spiciness, coming together to provide a scotch that has a balanced and exciting taste. The two tones at play with one another here are that of a rich sweetness beginning and an extra spicy finish. Each bottle is distilled on the coast of Skye in Scotland which helps bring more intensity to each sip. Serve it or with a little bit of ice to draw out the flavor further.

Any scotch list worth its salt wouldn’t be complete without something from Johnnie Walker. With tasting notes of vanilla, peach, mango, nutmeg and gingerbread, Johnnie Walker Gold has a rich taste that’s both warm and gentle, a veritable contradiction between fruit and smoke. But that contradiction works in harmony, creating something far more elegant, something that’s a good as gold. 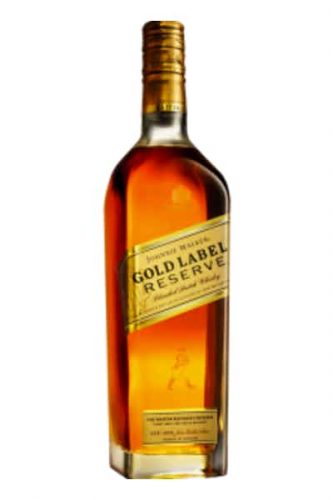 Bruichladdich is a smaller Islay-based distillery, which allows them to take bigger risks than some of the more well-established brands on this list. This is exemplified by their Islay Barley Scotch Whisky, which feels (and tastes!) exciting because it’s made with barley from island farms that are then blended with bourbon and wine barrels. The result is something that’s easy to drink, but still has a touch of that scotch kick you’re used to having — which makes it great for newbies and diehards alike. 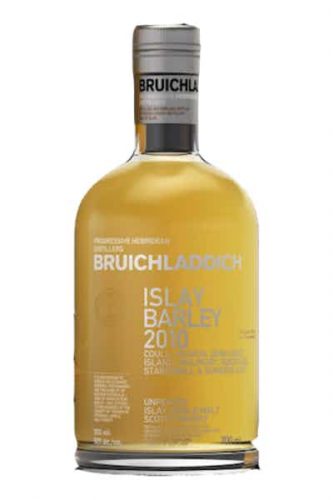 Introduced in 2017, Ardbeg’s An Oa Scotch Whisky blends together a few different cask strengths into a single vat. The process allows for a series of interesting contrasts: smoky and sweet with a perfect balance. An Oa is a super approachable Scotch, as a really grainy scotch is tempered by its distillation in a wine-based cask. In short: it’s an affordable bottle to get for your bourbon-loving friends to tempt them into a different kind of brown liquor. 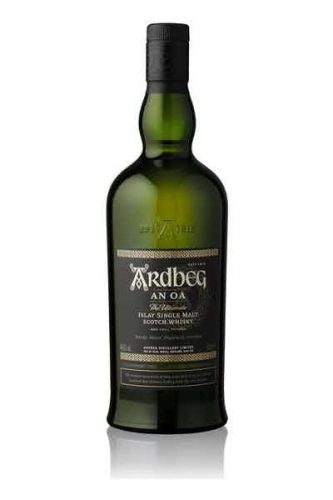 Made in a combination of bourbon and sherry casks, Bowmore’s Islay Single Malk 15-Year Darkest Scotch Whisky produces a final result that’s inherently dark looking, but also extremely rich in flavor. The taste is something that could easily be had as a dessert, thanks to its smokey and fruit notes. It finishes with a warming note, making a great closer to an evening of drinking. 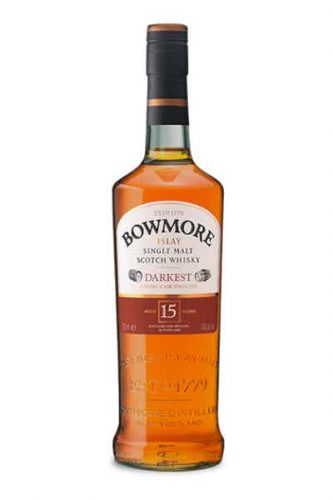