Shelf-stable, or no-spoil milk as it is sometimes called, is simply milk that doesn’t go into the refrigerator until after it’s opened. Popular in Europe, shelf-stable milk is increasing in popularity in the US due to panic buying as well as health concerns surrounding the high-temperature short-time pasteurization commonly used in the US and Canada. It’s a great item to stock up on right now as supply and demands are continuously shifting, and it’s always better to be safe than sorry.

Most shelf-stable milk options come in individually-sized boxes that can be a convenient alternative to your standard gallon-size milk cartons. Alternative milks have some great no-spoil options as well, including almond and nut-based formulas.

Most of the time “shelf-stable” refers to UHT milk, but there are actually a few different types of milk that don’t need to be refrigerated. Let’s explore all the options.

UHT milk is a popular milk in many countries around the world. It can be kept “on the shelf” for six to nine months without spoiling. The process that allows it to do this is called Ultra High Temperature (UHT) pasteurization, which is used to destroy dangerous organisms in the milk before it is boxed, which in turn allows months of shelf life before it needs to be used.

This is still real, all-natural, 100 percent milk that only needs to be refrigerated once it is opened.

Evaporated milk is usually available on supermarket shelves in cans. It’s made by removing about 60% of the water from normal milk, creating a slightly sweet concentrate. Sometimes referred to as “unsweetened condensed milk,” you can add water back into the concentrate to create a milk-like beverage. Alternatively, evaporated milk can be used in baking, cooking and mixed drinks. It’s usually shelf-stable for several years thanks to the canning process.

Growing in popularity thanks to the vegan movement, a variety of soy, nut and grain milks are technically shelf-stable thanks to the fact that they contain no dairy. If you don’t need the nutritional value of normal milk, vegan milks can be a really good way to store milk in your pantry for several months to a year. However, there are so many different varieties of vegan milks that it’s important to find the one that tastes best to you before investing in an entire case.

Finally, powdered milk is probably the least popular of the shelf-stable milks. This is produced using a process that evaporates all the water from the milk, leaving behind a fine powder. To once again create milk from the powder, all you need to do is add water and mix. Having powdered milk in your cupboard can be a great way to create several gallons of milk without needing to store so many bulky containers.

Whether you’re shopping for your children’s lunch boxes or you’re stocking up on non-perishable goods, these are the best shelf-stable milk products you can order online from Amazon, Walmart and other retailers.

This brand is certified USDA Organic so you know you’re only feeding your family the best and is enriched with vitamins A & D. You only need to refrigerate it after opening so stock up and it’ll last on the shelf for a while.

These Organic Valley Whole Milk milk cartons are perfect for individual distribution, each one is 6.75 fluid ounces. Organic Valley’s milk is shelf-stable and doesn’t need to be refrigerated until after you open it. As a brand, they also never use antibiotics, synthetic hormones, toxic pesticides or GMOs. Buy exactly the number you need of these mini cartons, which take up just the right amount of shelf space in your pantry. 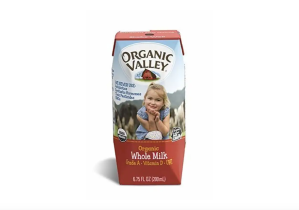 Horizon also offers larger containers of nutritious milk options including this vitamin D milk that you can store in your pantry alongside your other non-perishables. The packaging locks in freshness and can stay out of the fridge up until you want to drink it. Chill it right before you open it for optimal taste, and refrigerate it afterward. As with all of Horizon’s products, it’s free of gluten, eggs, peanuts, wheat and other allergens and is certified USDA Organic. Their milk is also free of GMOs, has no hormones or antibiotics, artificial flavors or preservatives. If you can find it in stock, Horizon sells its shelf-stable whole milk in 3-ounce and eight-ounce boxes. 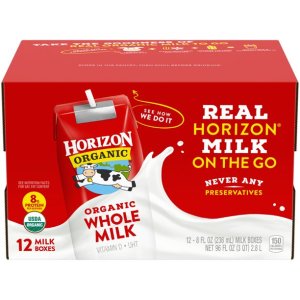 Although most shelf-stable milk is UHT, made from non-dairy products or canned as evaporated milk, there is one additional way to keep milk for long periods of time in your pantry, namely in the form of a powder. Whole milk powder can be blended with water to create liquid milk. It can also be used in baked goods or as a nutritional supplement. About four and a half cups of powder mixed with 15 cups makes one gallon of milk. As an added bonus, this milk powder is produced in America’s heartland and guaranteed to be fresh. 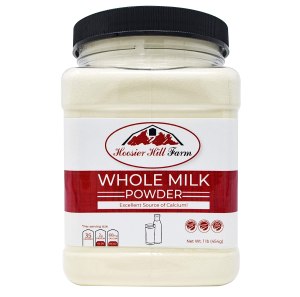 There are also alternative milks that store really well on your shelf. Like the best shelf-stable milks from dairy companies, nut milks don’t have to be refrigerated until after you’ve opened them. These last for months without being chilled and are also perfect for families. This product contains six 32-ounce boxes of Silk Almond Milk. This unsweetened product doesn’t have extra sugar and is also non-GMO, gluten and dairy-free. This product also comes in a vanilla flavor for those with a sweet tooth. 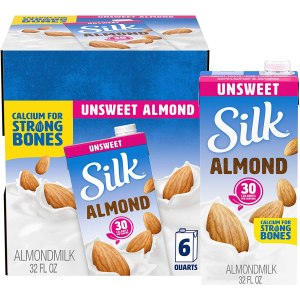 While drinking coconut milk might be questionable (unless it’s mixed into something delicious, like a pina colada, per se), this shelf-stable milk is ideal for cooking. Not only will it keep in your pantry for several months, but it also doesn’t contain any preservatives, instead relying on its natural coconut-y nature to stay edible. This product of Thailand can be used to make delicious curries, baked goods and desserts. It’s also vegan and comes in carton (aseptic) packaging to ensure it’s easy to store. 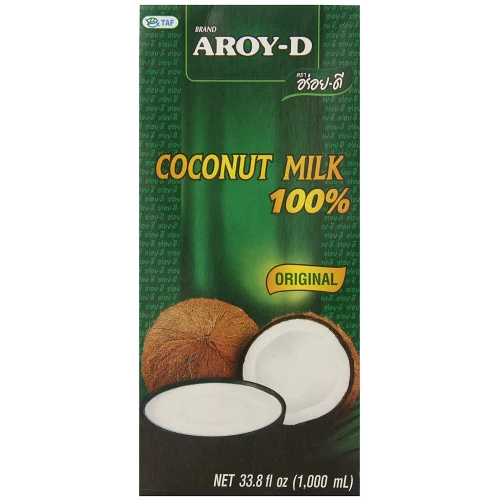 If you don’t want to trade your real milk experience for vegan milk or evaporated milk, you can’t beat the Natrel 2% Milk. Most UHT sold in the USA is whole milk, but this version has 38% less fat. Like other UHT milks, it’s pasteurized at a high temperature to prevent the need for refrigeration before you open the container. However, this process does not affect the nutrients or quality of the milk. It simply makes it less sweet than you’re probably used to. There are no additives or preservatives in this milk, and it’s kosher. This order contains six 32-ounce boxes, but other quantities are also available from Natrel. 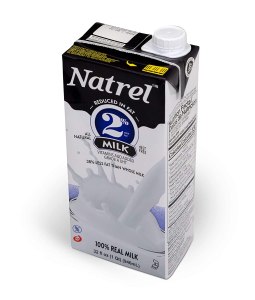 Fairlife makes ultra-filtered shelf-stable milk in chocolate, vanilla, strawberry and cookies and cream flavors. However, if you’re stocking up your emergency pantry, the regular Classic White variety may be your best bet. Rich in calcium and vitamins A and D, this reduced-fat ultra-filtered milk is a nutritious and long-lasting beverage. This product comes with twelve 14-ounce bottles of milk. 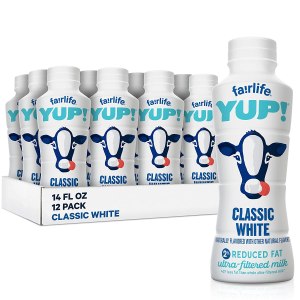 Most vegan milk we come across is made from oats, almonds or soy, but there is a new vegan milk in town that’s about to blow the others away. Milkadamia Macadamia Milk is made from Australian macadamias which are regeneratively farmed. The nuts are then “milked” right here in the USA to create a delicious, unsweetened beverage with a hint of vanilla. It’s vegan, lactose-free and non-GMO, and this type of milk only contains 50 calories per serving. Of course, to fulfill the purpose of this article, this milk is also shelf-stable and doesn’t need refrigeration until you open the carton. 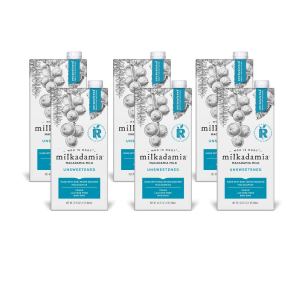 Good Karma Flaxmilk is another great brand of vegan, shelf-stable milk. Made from flax and containing high amounts of omega 3 and protein, this lightly sweetened, vanilla-flavored product is always ready to enjoy in coffee, tea, baked goods and other recipes. Plus, flax milk contains 20% less sugar than traditional milk and is suitable for people with dairy, nut or soy allergies. This is a pack of six 32-ounce cartons designed for long-term storage in the pantry. 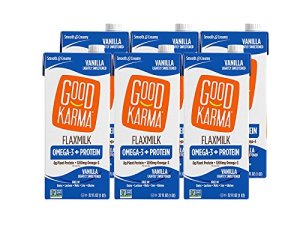 BEST FOR THE ENVIRONMENT

For milk your environmental conscious can feel good about drinking, turn to Maple Hill Shelf Stable Milk. This whole milk is made from 100% grass-fed cows, meaning that it doesn’t require massive amounts of land-draining straw to create one quart of milk. In addition, the cows have access to outdoor spaces 365 days a year and live on 150 small family farms in upstate New York. Plus, the milk, which is processed at high temperatures to allow for storage outside the refrigerator, comes in recyclable milk boxes. 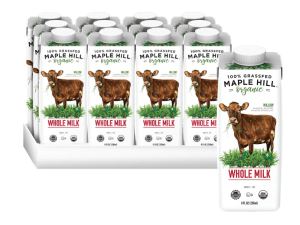 Regular drinkers of shelf-stable milk, whether that’s UHT or vegan, will know that it doesn’t froth as well as traditional milk. Ripple Shelf Stable Vegan Milk solves that issue with pea protein. This milk will froth, steam and blend naturally into any barista-style beverages you care to create. In addition, the pea protein has high nutritional value with six grams of protein per serving. This milk is also low in sugar, meaning whatever you choose to create with it will be delicious and good for you at the same time. 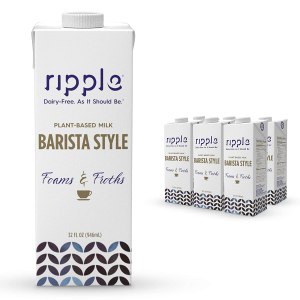 If you’ve ever traveled in Europe, you’ve likely had something similar to Parmalat for breakfast or in your barista-style coffee drinks. This UHT milk tastes very similar to the milk you’re used to and contains the essential calcium, vitamins and minerals you need from a glass of milk. However, it doesn’t have to be stored in the refrigerator thanks to its high-temperature pasteurization and Tetra Pak packaging. The latter has a six-layered airtight design that keeps your milk safe for months on end. 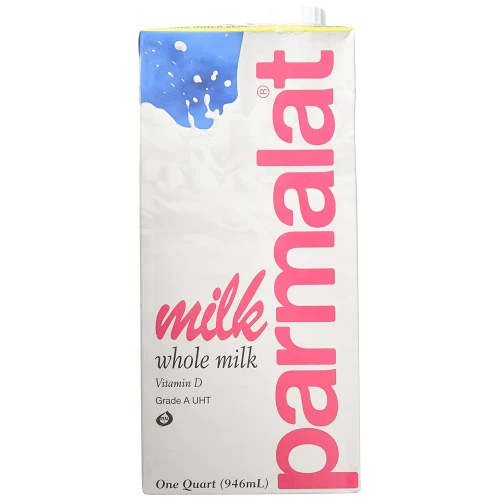 Oat milk is another milk alternative that lasts a long time on the shelf and tastes richly sweet in your coffee, tea, baked goods or other recipes. This pack of twelve 32-ounce containers will last you a while and the milk is enriched with calcium, vitamin D and riboflavin. This milk is also 100% organic and contains no lactose or cholesterol. 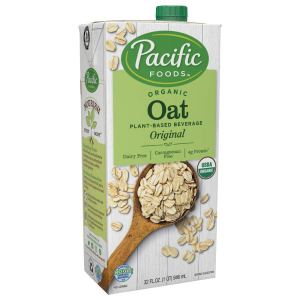 If you’re looking to really stock up on non-perishable milk, evaporated milk should be on your list. This canned evaporated milk from Carnation is milk with half of the water removed, giving you more milk in less space. This makes it perfect for cooking and baking. It’s also much richer and creamier than other varieties of canned milk. To prepare this milk, simply mix a 1:1 ratio of water with Carnation’s evaporated milk. The end result is regular milk with extra vitamin D added.

Maximize space and resources with evaporated milk cans like this one from Carnation. This canned milk should last for a full year in a cool dark space. The cans are available in family-size 97-ounce cans and smaller 12-ounce cans. You can also buy a pack of eight 12-ounce cans from Amazon and stock up on Carnation’s evaporated milk. 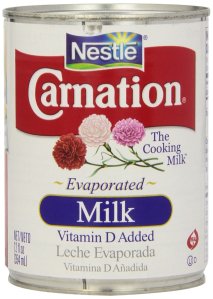 The Best Non-Perishable Foods to Keep on Hand