Over the past two decades, there has been an enormous shift in the American beverage industry toward healthier sodas. Of course, this can be seen in the diet soda and flavored water trends, but where it’s most evident is in the huge spike in sparkling water sales.

Americans want all the fizz without any of the guilt, and sparkling water delivers on that. Most brands boast zero sugar, zero calories and zero carbs.

Where once Perrier and San Pellegrino dominated the sparkling water market, today a plethora of brands are capitalizing on the boom. Some sell plain sparkling water as a palate refresher, while others focus on flavors. Still others produce their beverages with cocktails in mind.

Yet, while sparkling water is more popular than ever, there remains a huge confusion for consumers. The terms sparkling water, seltzer, club soda and tonic water among others are often used interchangeably. Even government regulations add to this confusion by not providing clear limits and differences. But, each one should have its own place on the shelf.

Sparkling Water vs. Seltzer vs. Club Soda vs. Tonic Water

Before we go any further, let’s break down the differences between sparkling water, seltzer, club soda and tonic water.

Sparkling water is a beverage bottled from a natural source, often a spring. Often, the bubbles in sparkling water are naturally occurring; however, there is some allowance for sparkling water brands to add carbonation. What really sets sparkling water apart from the other types of carbonated water is that it contains natural minerals and salts. According to the FDA, this type of beverage must come from a protected underground water source and contain at least 250 parts per million of minerals. These minerals give sparkling water a subtly tangy flavor, and it can be consumed on its own as a palate refresher.

Seltzer on the other hand is pure, filtered water with added carbon dioxide to create carbonation. It contains no minerals or salts, and because of this, it doesn’t have any of the acidity often found in sparkling water. Seltzer is a common cocktail ingredient due to the fact that it has very little flavor but adds a nice fizz.

Club soda is a seltzer with minerals or salts added to mimic the taste of sparkling water. Sometimes called soda water, certain brands of club soda can be quite salty due to the additives. However, it’s popularly drunk on its own, without any flavors or mix-ins. It can also be added to cocktails or substituted in recipes that call for sparkling water.

Tonic water has the most unique taste of all four carbonated waters discussed here. It’s essentially carbonated water to which quinine, a compound once used to treat malaria, has been added. The result is a bitter beverage to which most brands add a fair amount of sugar for a more balanced taste. Tonic water is a popular cocktail ingredient, although it can be enjoyed without a mix-in as well.

Now that we’ve cleared up the difference between sparkling water, seltzer, club soda and tonic water, read on to discover the nine best sparkling water brands on the market.

There’s just something about ordering Perrier in a restaurant that makes you feel fancy. We get it, but the appeal of this beverage goes beyond its name. Bottled in Vergèze, France, the original version of this beverage is crisp and slightly carbonated, giving it a smooth taste from start to finish. Today, you can buy many different flavors of Perrier, and this natural lime option is one of the best. It’s made using zero sweeteners and therefore has zero calories. Mix up a refreshing lime sparkling water cocktail or enjoy it straight out of the can on a warm summer day. 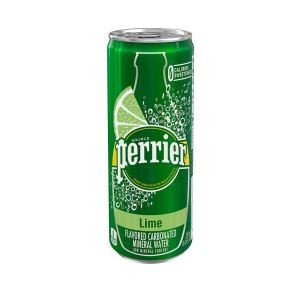 While Spindrift doesn’t make plain sparkling water, it does make some of the best naturally flavored sparkling water out there. That’s because this company uses natural flavors created using real fruit grown in the USA. For example, their Spindrift Cranberry Raspberry Sparkling Water is made with Massachusetts cranberries and raspberries from the Pacific Northwest for a perfectly tart to sweet ratio. The brand also produces 10 other flavors for all your refreshment and cocktail needs. 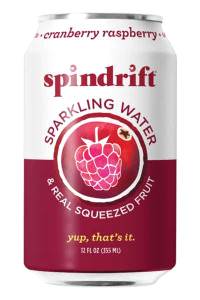 In blind taste tests, many people claim to prefer San Pellegrino versus Perrier. The main difference in taste is that San Pellegrino has slightly more fizz than Perrier, which is the main reason people choose to drink sparkling water after all. Bottled at San Pellegrino Terme, Bergamo, Italy, this beverage has been used for years to cleanse palates across Italy and amplify the magnificent flavors of Italian food and wine. As an added bonus, the naturally sparkling water is low in sodium and has zero calories. 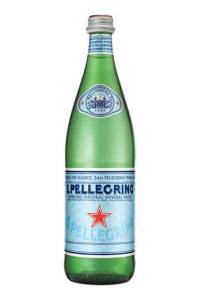 Certainly not traditional, Recess has infused sparkling water with hemp and adaptogens. The goal of this experiment was to create a drink that replaces your two o’clock coffee to make you feel “not tired and not wired.” The brand chose to use hemp for its calming effects, while the included adaptogens help improve focus, enhance memory and brighten moods. Like some other sparkling water makers in the American market, Recess has chosen not to create a plain version of its product and instead has focused on flavors like pomegranate hibiscus and coconut lime. 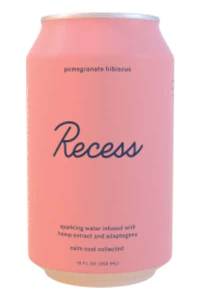 Although you may not realize it, your favorite La Croix is actually sparkling water. In 2015, La Croix cautiously entered a crowded sparkling water market, but it quickly became a roaring success. In just a few years, the beverage has been elevated from a relatively ugly can on the supermarket shelf to the “Drink of the Millennials.” Part of the sparkling water’s success comes down to the fact that La Croix is completely free from sugar, calories and preservatives. And, with so many different flavors to choose from, you’re sure to find one you adore. 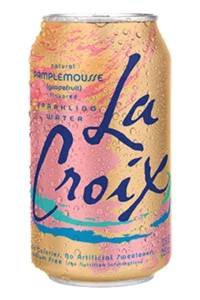 The number one competitor of La Croix packs a punch of its own. Bubly is a flavored sparkling water brand that makes beverages with no calories using no sweeteners. You might have seen their recent ad campaign featuring Michael Buble, who ostensibly approves of the canned drink. Bubly comes in 15 different flavors, ranging from grapefruit to watermelon, and is a good mixer for quick summer cocktails, like cherry sparkling water and vodka or blueberry-pomegranate and gin. 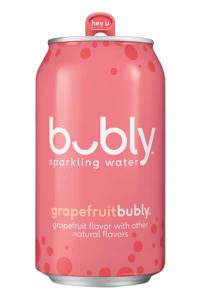 While sparkling water is a great diet replacement for soda, it lacks more than just calories. Because of its natural nature, sparkling water isn’t caffeinated like many other fizzy beverages. If you need your daily fix but want to switch to a healthier beverage, consider Sparkling Ice + Caffeine Triple Citrus. This flavored version of the Sparkling Ice original, non-flavored sparkling water, packs a lemon-lime punch with zero sugar and zero carbs. But, it’s real magic comes in the form of the 70mg of caffeine in each can. Plus, Sparkling Ice + Caffeine is available in five other flavors if citrus isn’t your favorite taste. 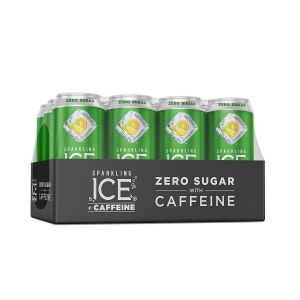 Topo Chico Mineral Water has a cult-like following. Just scroll through the reviews, and you’ll find people who swear they only drink Topo Chico having eschewed all other beverages. Many cite the intense bubbles as the main reason behind their addiction, but the iconic, throwback packaging doesn’t hurt either. Topo Chico Mineral Water is bottled from the spring at Cerro del Topo Chico in a tradition that dates back to 1895. This particular order is for several one-and-a-half liter bottles, but this mineral water is also available in individual glass bottles. 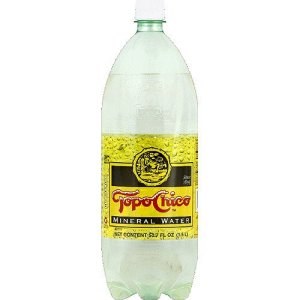 A personal favorite of the author, Clearly Canadian used to be a supermarket mainstay in the 1990’s. Unfortunately, corporate mismanagement at the turn of the century meant production was halted, but in the last two years, the company has once again found its feet and just recently began distributing again in the USA. Clean and crisp, Clearly Canadian pulls off flavored sparkling water without making the beverage sickeningly sweet. Each bottle has just four, all-natural ingredients, namely carbonated spring water sourced in Canada, pure cane sugar, vegan fruit flavoring and citric acid for increased shelf life. 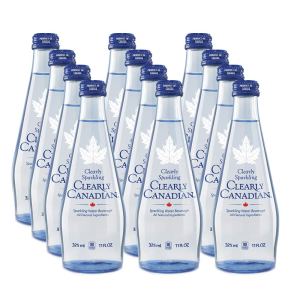 If you’re looking to add your sparkling water to a cocktail or mocktail recipe, Waterloo is a great option. Each can has zero calories, grams of sugar or sodium and is verified non-GMO. The flavors are delicious on their own as well as mixed in with other ingredients. They include blueberry, juicy watermelon, muddled black cherry, grape, strawberry, mango, coconut, zesty grapefruit and original. You have a wide range of fruits to choose from, each one of which starts out bright but finishes on a true-fruit flavor finish that’s authentic and not fake in the least. They have ingredients and quality you can trust, and come in 8 or 12-pack fridge-ready cases so stocking up is easy. 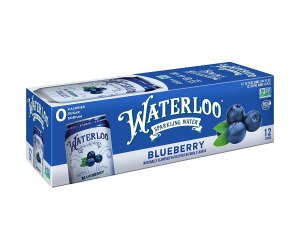