After being named last summer’s official drink of the summer by the Today Show, this sparkly booze isn’t slowing down at all in 2020. Spiked seltzer has managed to cement itself as one of the nation’s favorite drink choices of the decade.

Why? It’s a light and delicious alcoholic beverage that makes a great alternative to beer at parties. Plus, spiked seltzer appeals to consumers looking to imbibe without the unnecessary calorie bomb that comes with a sugary mixed drink. Most options clock in at around 70 to 120 calories. To top it all off, the flavor options are practically infinite, so you can find the right one to satisfy your palate. The best hard seltzer brands get you just tipsy enough without that too-full feeling that even light beer can often bring.

Hard seltzer is a pre-made alcoholic beverage with a standard percentage of 4% to 6% ABV per 12-ounce can. It’s usually made from seltzer water, a refreshing flavor, and alcohol derived from cold-brewed sugar, which explains the lower alcohol content than a typical vodka and club soda.

The idea of hard soda has been around since the early ’90s, but today’s remix, which aims to attract health-conscious consumers, first hit the shelves in 2013. The fact that spiked seltzer is one of the “healthiest” alcoholic beverages available combined with lower alcohol content and easy portability has made this particular beverage an extremely attractive option for drinkers keeping an eye on nutrition. Last year alone, sales of spiked seltzer grew by a whopping 200%, indicating that this drink’s popularity isn’t going to diminish anytime soon. We used to see people pre-gaming or barbecuing with a case of light beer. But today, every group from millennials to baby boomers is more likely to show up with a case of White Claw or Truly.

So if you haven’t already, give this thirst-quenching and Instagram-friendly drink a try. Order one of the best spiked seltzer options online, and enjoy these guilt-free, appetizing refreshments the next time you need a drink.

Based in Chicago, White Claw Hard Seltzer is a favorite for many. This brand of spiked seltzer doesn’t contain any preservatives, dietary fiber or crystalline fructose. Inside each can, there’s just pure seltzer water, 5% alcohol and natural flavors, making this a gluten-free beverage you don’t have to feel guilty about drinking. Flavors in this variety pack include black cherry, ruby grapefruit, natural lime and raspberry. Remember that while regular seltzer water usually has zero calories, spiked seltzers do come with some calories. Each of these 12-ounce spiked seltzer cans contain about 100 calories (two carbs per serving). If you don’t have a favorite flavor of White Claw, then this variety pack lets you sample different kinds. Thanks to the light, fizzy flavor, White Claw has earned its reputation as one of the best spiked seltzers available. 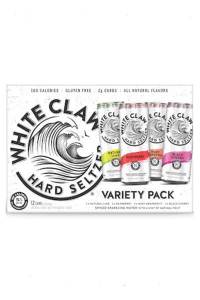 Most of our favorite hard seltzers only come in cases, but you can buy this refreshing drink in individual 12-ounce cans (four-packs are also available). There are a number of flavors to choose from, but High Noon offers up this delectable watermelon-flavored hard seltzer. The alcohol in High Noon’s version of the drink is made from Midwestern corn and is distilled an astounding five times for extreme smoothness. In addition to the popular watermelon variety, other High Noon flavors include grapefruit, pineapple and black cherry. Grab a four-pack for an affordable way to try spiked seltzer for the first time. We guarantee it won’t be the last one you buy. 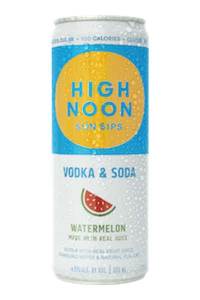 When you don’t want an overly sweet beverage but still want that naturally fruit-infused essence, Corona’s new line of hard seltzers will transport you to a tropical island. This variety pack offers cherry, tropical lime, mango and blackberry lime. It also contains zero carbs and sugars, which is unusual for a spiked seltzer and appealing to those living a healthy lifestyle. We wouldn’t expect a beer brand to come up with something so light and refreshing, but it’ll definitely be a staple for the remainder of summer 2020. 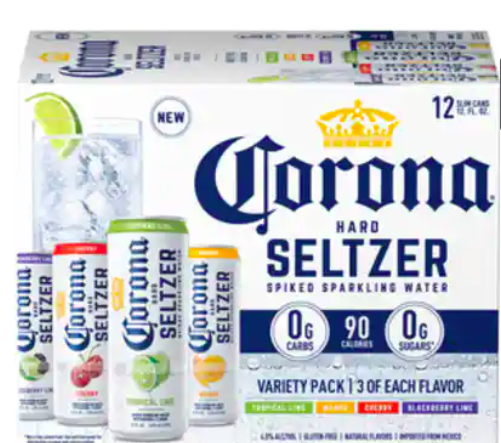 Independent craft brewer PRESS brings completely creative flavors to the table with options like pomegranate ginger, blackberry hibiscus, cardamom-infused grapefruit and lime lemongrass. Those looking to class up their hard seltzer selection won’t be disappointed. In fact, many reviewers on Drizly adore this variety pack for its “clean and crisp” taste that isn’t covered up by sugary syrups, and call this “the best seltzer I’ve ever had.” Gluten is also extracted from PRESS using carbon filtration. Impress guests at your next BBQ with their variety pack. 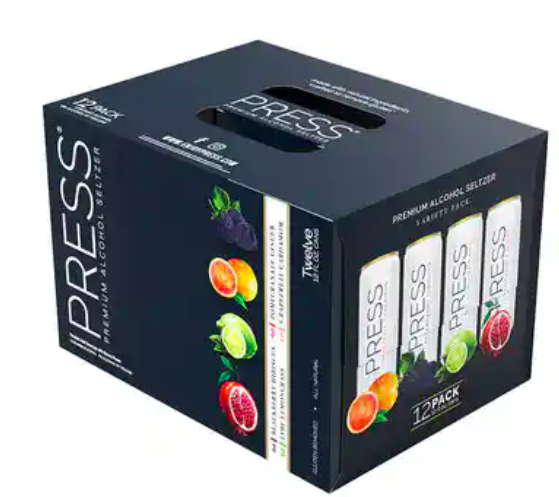 Summer isn’t going to last forever, but while it does, why not make the most of that warm weather? Natural Light’s Aloha Beaches seltzer lets you do just that with its sumptuous peach and mango flavors. The alcohol content is relatively high for a spiked seltzer at 6%, but one reviewer suggests adding a vodka shot for even more “oomph.” Described as sweet and tangy, with dominant peach notes over traces of mango, we can’t think of something better to sip on for the rest of the season. 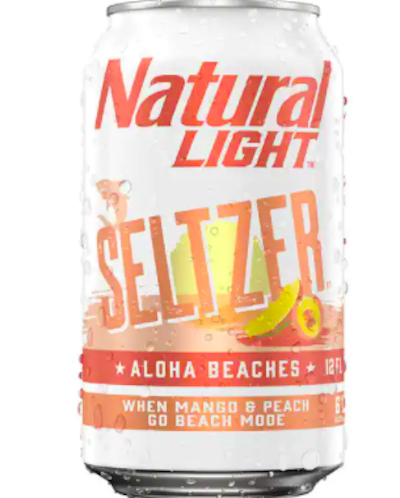 Anyone who’s tried Barefoot wine knows that this brand is recognized for hitting flavors out of the ballpark while staying within budget. Their Pinot Grigio has won awards, and now they’ve come up with a carbonated goodie for us to enjoy that’s made with the same Pinot in a genius move of spritzer meets seltzer. The wine only contains 70 calories and is slightly lower alcohol than other seltzers. That just means you can down more of them in a row without judgment, right? 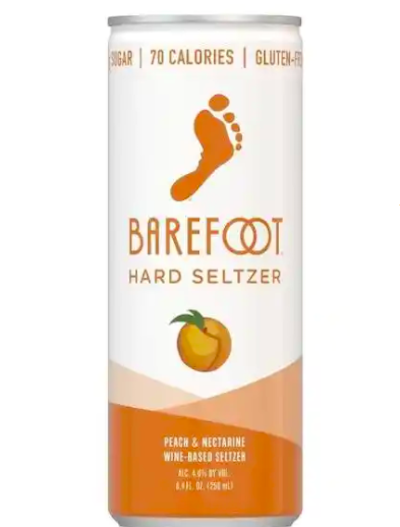 MOST INTERESTING RANGE OF FLAVORS

The BON & VIV Spiked Seltzer has been around since the very beginning of this low-cal beverage trend. The brand was originally called “Spiked Seltzer” before being acquired by Anheuser-Busch in 2016. Today, BON & VIV is known for producing spiked seltzer with innovative flavors like black cherry rosemary and clementine hibiscus. To try several flavors in one go, order one of the company’s many variety packs (like this one). 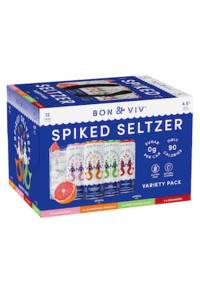 Truly is one of the biggest names in spiked seltzer, second only to White Claw in popularity and overall appeal. Crisp and refreshing, the cans contain just 100 calories and one gram of sugar each. Many people prefer Truly over White Claw for its lower levels of carbonation and more balanced taste. Although Truly make several variety packs, these berry flavors are some of their most popular beverages. Flavors include black cherry, wild berry, blueberry-acai and raspberry-lime. Like all of the best hard seltzer brands, Truly’s take on spiked seltzer is gluten-free. 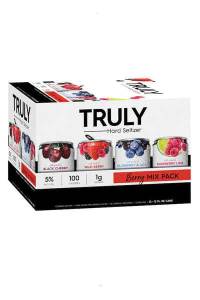 LEAST CALORIES PER CAN

With no sugar and an organic base, those keeping an eye on their waistline will want to give Crook and Marker a try. Flavors like coconut pineapple and strawberry lemon are perfect for summer, and anyone with a sweet tooth. One buyer says that this variety pack has significantly more flavor than the standard seltzer. Even though going low sugar and low-calorie is a virtuous health move, it also leaves you with a less dramatic sugar crash that weighs you down in the heat. 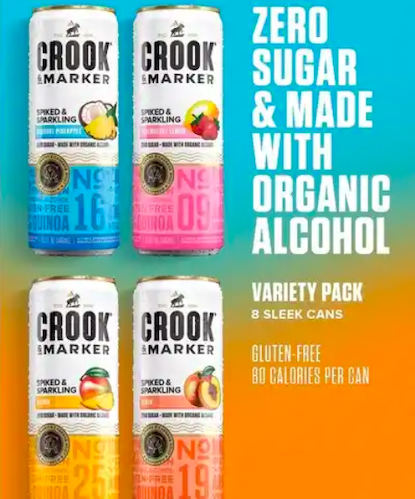 If you want to try seltzer flavors that might be familiar to your tastebuds from a company known for quality products, pick up the Smirnoff Seltzer Variety Pack. Inside, you’ll find four different flavors to enjoy, including raspberry-rose, berry-lemonade and pina colada. Each beverage contains 4.5% alcohol, 90 calories and is free from artificial sweeteners. This is a great variety box to order for parties, tailgating and get-togethers with friends. 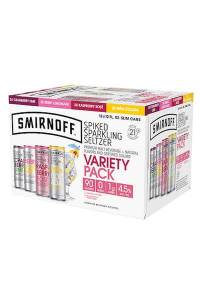 Highball Hard Seltzer features authentic flavors and coloring, which sets it apart from other alcoholic seltzers. It’s also made with organic fruit ingredients, a rarity in the spiked seltzer market. With zero grams of sugar and 95 calories, it’s a smidge healthier than other spiked seltzers. We also like the creative flavors. We’ve seen blackberry seltzers and lime seltzers, but try the Highball Blackberry-lime. You can also find grapefruit-hibiscus and lemon-elderflower. This is a light and refreshing seltzer that’s always deserving of an invite to your pregame. 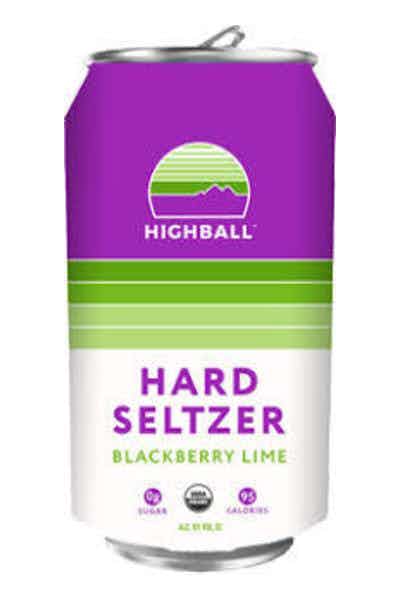 Just like beer, the spiked seltzer category has craft options, too. This Wild Basin Boozy Sparkling Water hails from Lyons, Colorado. The water used to make the beverage comes straight from the St. Vrain River, a clean and natural source. At 100 calories, zero grams of sugar and one gram of carbs, this alcoholic seltzer won’t break your diet or slow down your next adventure. Plus, with flavors ranging from classic lime to lemon-agave-hibiscus, Wild Basin Boozy Sparkling Water can satisfy palates that are both classic and adventurous. Their most popular flavors are Black Raspberry and Classic Lime. Unlike some other hard seltzers, you can often buy these drinks in six-packs. 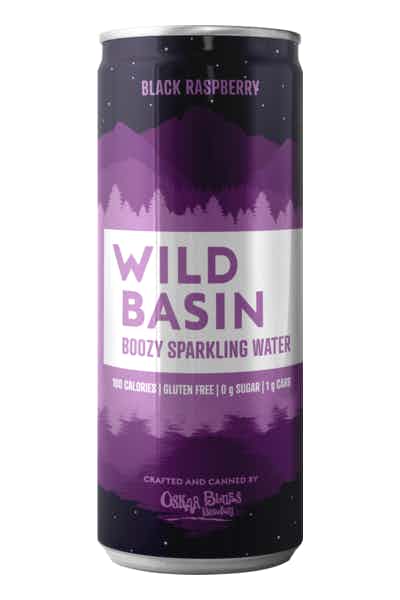 There’s something about fizzy citrus seltzers that reminds us of mimosas, and grapefruit is the ultimate flavor paring for a bubbly drink like this. It’s slightly sharp and acidic, a little sweet, and always invigorating. Sometimes, sparkling grapefruit drinks can be a little bitter, which, when combined with alcohol, makes for an overwhelming taste. Instead, this is a bit more mild, appealing to grapefruit lovers and beyond. Luckily, Arctic Summer balanced out their recipe to perfection. Some reviewers do note that it is more carbonated than other spiked fizzy beverages. 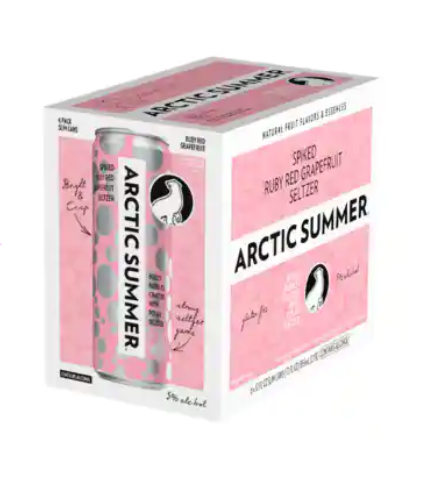 BudLight has always been a reliable go-to classic for anyone wanting a refreshing beer. Now, they’ve come out with a slim can seltzer pack, and consumers can’t get enough of it. The taste is accomplished through a five-step filtration process, leaving drinkers with bursting flavor and less than a gram of sugar. The black cherry and strawberry flavors both seem to be a popular favorite, and users note that there’s no unpleasant aftertaste, like many spiked competitors. 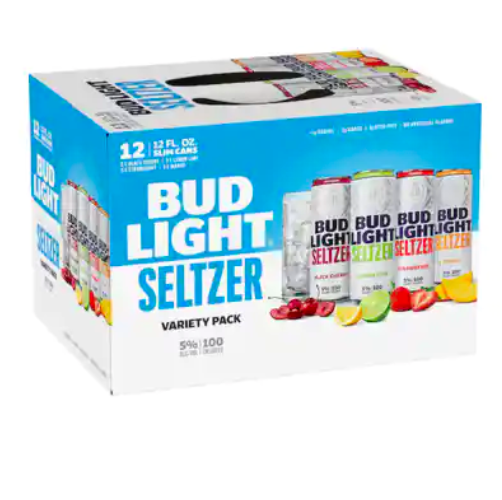 If you prefer a resealable and shareable glass bottle that doles out servings without the mess of cans, this tantalizing option by Pompette is an ideal choice. It’s extremely affordable yet elevated, with a well-engineered lemon and mint flavor that’ll make you think of mojitos. Pompette’s premium line was influenced by the Mediterranean lifestyle, so kick back with a glass, close your eyes, and pretend you’re on a Greek beach in a pre-COVID world. 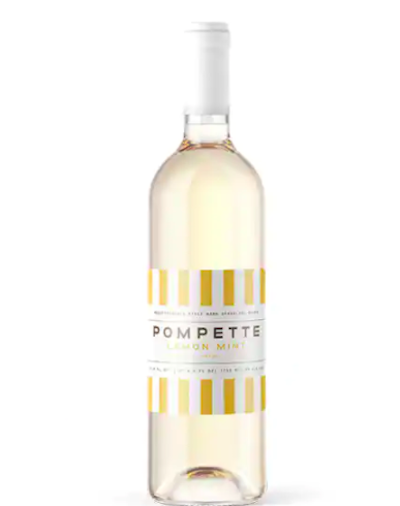 Philly brand Two Robbers has conjured up a craft hard seltzer that’ll wake you up and energize you. Thanks to being fermented with cane sugar, the overall taste is clean and lacks any artificial sweeteners or saccharine aftertastes. It also makes drinkers feel less bloated after a few cans. Two Robbers has a delicious flavor range, but the pineapple ginger is by far the most invigorating pick to keep you cool. The stylish can art was completed by Jonny Mowat, an artist and designer from Scotland who illustrates chic everyday scenes. 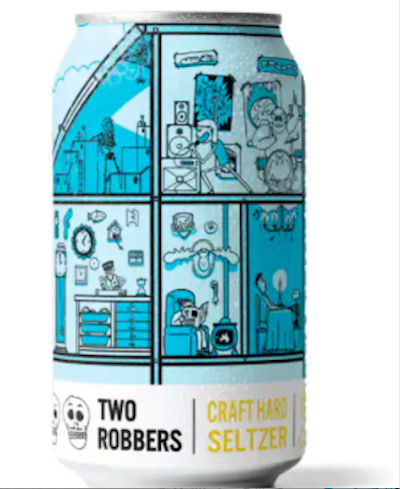 If you prefer the dry and crisp nature of a cider but are craving some more carbonation, consider this variety pack by cider brand Austin Eastcider. We love how the flavors are created with real fruit only, and zero artificial add-ons for a clear and authentic taste. Each flavor is appropriate for different seasons, but the light apple flavor makes us excited for autumn. That being said, its citrus notes make it a fantastic warm-weather option as well. Other choices include the slightly tart cherry rendition, and an Austin Eastcider take on peach, which also carries some notes of apple. 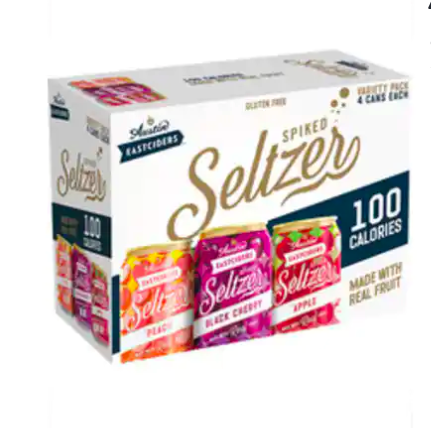 The Lowest Calorie Liquors for Getting Tipsy Without Breaking Your Diet