Is there anything better than a beer during golf with your friends on a hot summer day, or cracking a cold one open at a summer BBQ or after a day of yard work, or because the summer sun rose that morning? The answer is no. Summer and beers go hand-in-hand.

Summer drinking means less snobby drinking — let’s be honest, does a 12% porter or triple IPA sound refreshing when it’s 92 degrees outside? Summer is for light beers that are clean, crisp and smooth. A summer beer should be light enough that you can have more than one and not feel bloated or like you need a nap.

Come summer, there’s nothing wrong with enjoying a mass-produced PBR or Miller Lite either — no judgment here. Those beers are great for outside gatherings with your friends on a hot day. But there’s also no reason to stop enjoying smaller craft breweries just because it’s warm outside.

When stocking your fridge for hot weather, consider some (or all) of these varieties of summer beers:

To help you stock up for this summer, we’ve rounded up our favorite summer beers. We made it through the doldrums of winter people! It’s time to celebrate with one of these great summer beers below:

It’s smooth, fruity profile tastes great on a hot summer day or during a backyard BBQ. It’s citrusy and smells dank, but has essentially no bitterness or bite despite it being an IPA. It’s like juice for adults, hence the title. And at 5%, it’s rather light on the boozy side, so you can have a few and not be hurting the next day. 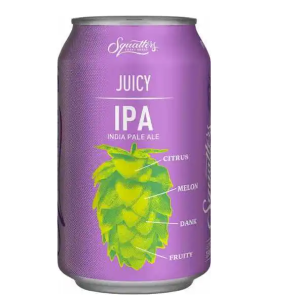 Even the most snobby of beer snobs can appreciate a PBR on a hot summer day. It’s cheap, crisp, light and as far as domestic beers, it’s the old-trusty at your grocery store (kind of like that 1990 truck with 280,000 miles you own that still fires right up). Don’t hate on a PBR, especially when the sun is out, your buds are around and food is on the grill. 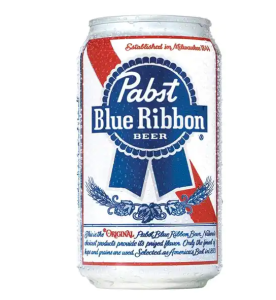 Mexican-style beers are a fantastic choice for summer, and the Melvin HeyZues is an exceptional one. Beyond it having one of the most kick-ass names and labels, the taste is there to match. The pour is slightly hazy, but the crisp, oh so slightly lemony flavor that’s as clean and nice as a bright summer day is exactly what you’ll want when it’s hot out. 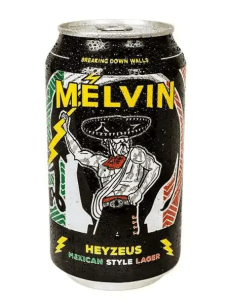 Similar to a PBR, the Uinta 801 Pilsner is light and crisp. It’s a smooth beer that’s a little dry and with an ever so slightly hoppy profile. Those who live outside of Utah might not realize how fast the craft beer scene is growing there, and the 801 pays homage to that growth and its local communities. 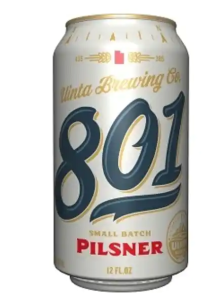 No need to toss a lime in this Mexican lager, the Epic Los Locos does all the extra work for you. It’s a little salty and limey, but so fresh and so clean (shoutout to Outkast). Forgo cutting up a lime and salting the rim, all you need is a nice summer day and a Los Locos. 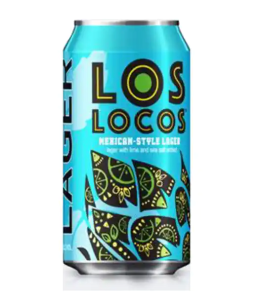 Ska Brewery out of Durango, Colorado makes creative and delicious beers. The True Blonde is the embodiment of a smooth beer. It’s light with some honey-tasting notes and just enough bitterness and bite for a clean finish. This punky brewery knows what it’s doing when it comes to beers, especially summer beers. 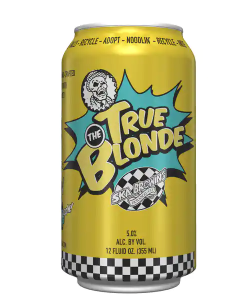 Are you even summering right if you don’t have a Miller Lite at a BBQ or on the golf course with your buds? It’s light and crisp, so you can drink a bunch of them and live to tell the tale, and it’s low calories so even after polishing off a bunch, your caloric intake for the day won’t look like The Rock’s. 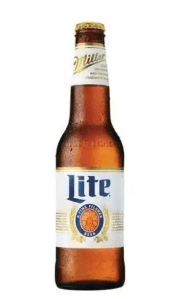 Labeled as “the world’s original pilsner” Pilsner Urquell has been around for hundreds of years — literally. It’s a dry pilsner that’s easy to drink and about as crisp as it gets. Still brewed out of the same Czech brewery from the 1800s, they’ve had some time and practice to perfect this summer beer. 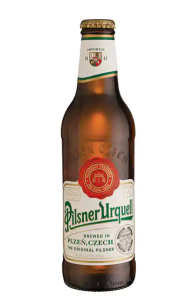 This Dallas Blonde is malty, sweet and floral, but light enough to enjoy one, or several on a summer day. Its balance between the floral and citrusy tones with the malt is what makes this beer especially unique, and at 5.2% it’s just light enough for a hot day outside. 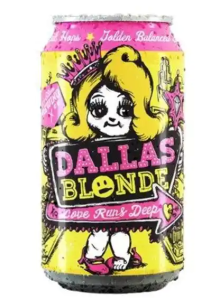 The fresh citrus, spice and yeast in this Allagash White make it a no-brainer for summertime. It’s a classic Belgian witbier (wheat beer) with an Americanized lightness. The taste profile strikes a balance between light floral notes and warm spice, offering a complex beer that you can enjoy with upscale seafood or appetizers in the yard. It also has a low alcohol percentage (compared to most Belgian beers), so you can crush a few of them without getting too drunk. After all, it’s summer, not spring break. 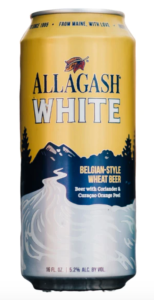 Grand Rapids-based brewery Founders is known for producing highly-rated, award-winning brews. This All Day IPA is no different than their other hit beers. Well, there is one difference: you don’t have to drink this one like a beer snob. As the name suggests, you can throw these back all day while on vacation. It’s hoppy, light and dry and fairly low on alcohol at 4.7%. Drink it with some fruit and cheese for a killer afternoon snack. 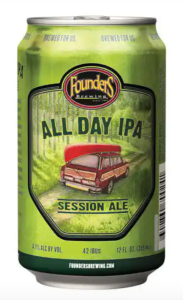 If you’ve ever been to Los Angeles, then you know the street fruit carts that inspired this California Wheat Ale. The beer has an overtone of fresh mango, but still delivers hints of the wheat ale taste that we all love. Reviewers are big fans across the web, saying the beer is refreshing and fruity but still light and crushable. 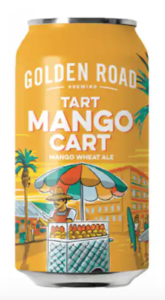 Another fruity option is this shandy from Shock Top. Shandys are a cocktail (if you can even call them that) with beer and lemonade. Shock Top bottles up the delicious afternoon treat with this beer. The result is an incredibly refreshing drink that will make you beg for an endless summer. Shock Top’s shandys are only available May through September, so be sure to stock up while you still can.

Lagunitas is famous for top-tier, widely-produced IPAs. This DayTime IPA takes things in a summery direction with a lighter, fresher flavor and a 4% ABV. The beer also boasts an incredibly low calorie count at 98 calories per can, so you can continue cracking them without losing that hard-earned summer bod. 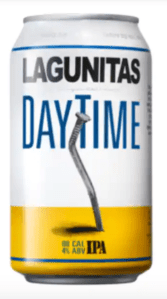 Lagers are harder to find than IPAs or ales when it comes to craft beer, but here’s one worth trying from Firestone Walker. It upgrades the easy-drinking pillowiness of a lager with more flavor thanks to Gambrinus pilsner malt and a touch of German hops for bitterness. According to Firestone’s website, Brewmaster Matt Brynildson has this to say about the beer: “Firestone Lager is made for drinking, not thinking. It’s about enjoying a good, clean beer.” We couldn’t agree more. 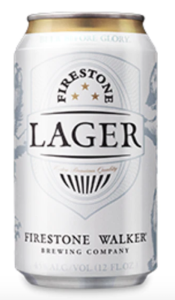 If you’re in search of a nice American pilsner to sip with sunsets or summer meals, grab a rack of The Crisp by Sixpoint. The beer has a complex flavor with notes of light biscuit. This makes it more mature than your typical summer beer, but that’s not necessarily a bad thing. Thanks to its relatively low ABV (5.4%), it’s an easy-drinking beer that you can enjoy with friends throughout the evening.

Mexican cervezas are to warm summers what Russian vodkas are to harsh winters. But this summer we recommend adventuring from the usual cerveza suspects to a slightly less-consumed choice: Sol. It’s named after summer’s leading hero, the sun, and stays true to its name with a rejuvenating freshness to be enjoyed in the heat.

Pink drinks are for everyone. This Flamingo Dreams ale from Left Hand has the flavor and fun factor to replace rosé on a hot afternoon. The unique, summery ale uses in-can nitro, giving the pour a velvety smoothness similar to that of a fresh Guinness. As you might expect from the pink hue, the flavor is fruity and refreshing with notes of berries and citrus. 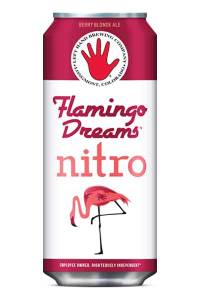 Japanese beers are often overlooked in the craft beer scene here in the US. This Hitachino Nest yuzu lager is a very convincing reason why Japanese breweries deserve more attention. The lager features yuzu, an Asian citrus somewhere in-between an orange and a lemon with a unique flavor of its own. As with many of our favorite summer beers, the citrus’ acidity and lager make a perfect combination for quenching thirst. 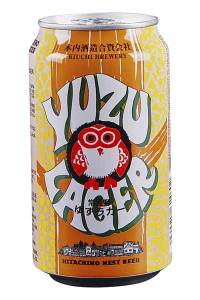 Sure, innovative craft beers from young American brands are fantastic, but sometimes the only cure for a hot summer day is a classic beer. This traditional German pilsner from Rothaus makes a great option for satisfying any such old-school cravings. It’s light, crispy and grassy, nailing the German pils flavor that’s done the trick for Europeans and Americans alike for centuries. 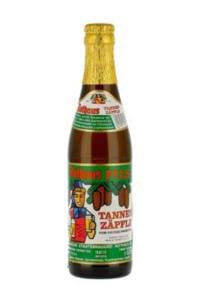 Firestone Walker, one of the better California-based breweries, crafted what might be the ultimate summer drink: a rosé-beer hybrid. Dubbed the Rosalie, this drink offers the best of both worlds with the refreshing fruity dryness of rosé plus the crisp bubbles and low ABV of beer. The Rosalie is fermented with six different grape varieties and hibiscus for that iconic summer color of rosé. 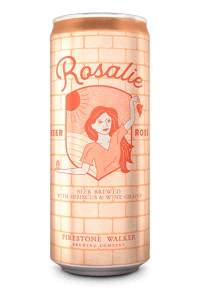 Radlers are essentially the Germans’ version of a shandy, combining beer and lemon soda for a summer drink that’s as refreshing as it is simple. We like this one from Jack’s Abby because it’s less sweet than most and seriously crushable with an ABV of 4%. This makes them ideal for afternoon sipping in the sun, but the flavor works surprisingly well with appetizers or meals including fish, shellfish and salads. 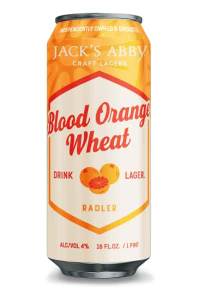 Watermelon and beer might sound insane, but 21st Amendment somehow pulled it off in style with this Hell or High Watermelon beer. The base is a classic American wheat beer (already ripe for summer drinking) that undergoes a secondary fermentation with fresh watermelon. The resulting beer has just a tinge of the watermelon flavor, so no; it doesn’t taste like candy. 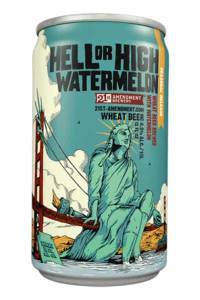 Say Goodbye to Warm Beer Thanks to These Ingenious Beer Chillers