There’s a pretty good chance you’ve tried Tennessee whiskey before, given just how ubiquitous Jack Daniel’s is here and everywhere else in the world. But perhaps you’ve never really thought about just what actually defines this varied and delicious category of American whiskey.

What Exactly Is Tennessee Whiskey?

Some might argue that Tennessee whiskey is really bourbon, as it meets many of the same requirements, but there’s an extra step that separates it from the rest. Here are the basic requirements: it’s made from a mash bill of at least 51 percent corn, aged in new charred oak containers (virtually always barrels) and produced in the state of Tennessee. It also undergoes the Lincoln County process, a step in which the new make spirit is filtered through a layer of charcoal before barreling and is often described as “mellowing” the spirit. The one exception to this rule is Prichard’s, which received an exemption from having to perform this last step and can still call its product Tennessee whiskey.

There are many different brands to try, with the best known obviously being Jack. George Dickel, made at Cascade Hollow in Tullahoma, is the second-largest producer. Aside from Dickel, the distillery’s many barrels are often sourced by other brands and released under their own names. There are Tennessee whiskeys, and whiskeys produced in Tennessee, for everyone to try.

We’ve compiled a list of some of the best Tennessee whiskey, from classic expressions to newer single malts to some craft distilleries utilizing interesting mash bills. Some of these fit the legal definition of Tennessee whiskey, others fall into different categories but are made in the state. Here are some notable bottles to try now.

Virtually everyone is familiar with Jack Daniel’s Old No. 7, which is one of the best-selling whiskey brands in the world. But have you tasted the single barrel expression from this Lynchburg, TN distillery? If not, you should do so now. Of course, given that this is a single-barrel whiskey, each bottle will be different depending on which cask it comes from. But the whiskey is bottled at a higher 94 proof, and really highlights the flavors that JD is known for, like notes of banana, chocolate and caramel. 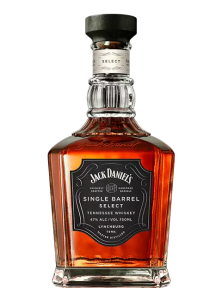 Nicole Austin has really reinvigorated the Cascade Hollow Distilling Co. since she took over several years ago as GM and distiller. One of the best new whiskeys that she played a big part in releasing is the Bottled in Bond Tennessee whiskey. Bottled in bond means that the whiskey comes from one distillery and one distilling season, is at least fours old and is bottled at exactly 100 proof of 50% ABV. There have been several releases of the BIB, each with a different vintage and age statement, and each has been excellent and really gives you bang for your buck. It’s not often that you’ll find an American whiskey aged for more than a decade at this price point.

Chattanooga Whiskey launched in 2011 as the first legal distillery in that city since Prohibition and has been making whiskey at the distillery since 2015 making it a relative newcomer to the category. And the whiskey being produced there is fantastic and interesting. This 111 proof bourbon (there’s also a 91 proof version) is made from a high malt mash bill, specifically corn, malted rye, caramel malted barley and honey malted barley. All that malted grain really makes this bourbon stand out, with rich chocolate notes rounded out by vanilla and stone fruit. This is a Tennessee whiskey that really has a unique character.

Yes, you can find American single malt in Tennessee as well as almost every other state, and Corsair in Nashville makes a really interesting version of this whiskey. Triple Smoke, as indicated by the name, is made from a mash bill of malted barley that’s been smoked using three different methods: cherrywood from Wisconsin, beechwood from Germany and peat from Scotland. The resulting whiskey has a range of smoky notes, from savory to sweet, and is completely unique in the ever-growing American whiskey category.

Nelson’s Green Brier has a long history, but the most recent chapter starts with the Nelson brothers starting up this distillery about a decade ago. The whiskey is on the younger side, and is currently a blend of contract distilled and in-house distilled whiskey, which will get older as the distillery’s stock gets older. But it’s a bright and tasty spirit and is perfect for making cocktails with, as well as sipping on its own. Look for notes of vanilla, citrus and spice on the palate.

The story behind Uncle Nearest is fascinating. The distillery is named after Nearest Green, the enslaved man who is now credited with teaching Jack Daniel how to make whiskey and is now recognized as the first master distiller for Jack. While a new distillery is now open in Tennessee, the whiskey is currently all contract distilled to the Uncle Nearest specific guidelines. In fact, the first bottling of the 1884 whiskey that was not sourced from previously existing barrels, but was entirely contract distilled, was just released. This is a fantastic and complex sipping whiskey that you should check out.

Age ain’t nothing but a number in whiskey, but sometimes it’s good to know how old the liquid in the bottle is. In the case of this Tennessee bourbon from Bib & Tucker, the whiskey is aged for a minimum of six years. That means there’s a nice foundation of complex flavors on the palate, ranging from vanilla to butterscotch to grain to a bit of baking spice. This is an excellent bourbon that is sourced from an undisclosed distillery in Tennessee.

Yes, even Tennessee whiskey has its celeb brands, with Bob Dylan’s Heaven’s Door leading the charge. The whiskey is sourced from various producers, although a distillery is opening in Nashville that will make whiskey and host events. The bourbon is produced in Tennessee and aged for a minimum of six years. This is a good whiskey, with or without Dylan’s name attached, with a balanced palate full of spice, oak, and sweet cherry notes.

The 15 Bottles of Bourbon Every Whiskey Lover Needs to Try