Tequila is no longer just for shots. The Mexican agave-based spirit has gained some much-deserved respect over the past few years, becoming a trend with alcohol experts and mixologists alike. If you’re looking to enjoy tequila like an adult and learn more about this liquor, read on. We’ve rounded up eight of the best tequila cocktails to make at home for friends, parties or simply a nightcap.

Tequila is distilled from the blue agave plant, which is harvested mostly around the town of Tequila (shocker) near Guadalajara, Mexico. Although tequila is considered the wild-child liquor here in the states, production standards are actually quite restricted by the Mexican government, with strict limits on growing, harvesting and aging.

Before diving into tequila recipes, it’s worthwhile to remember the different kinds of tequila. Like bourbon or rye whiskey, tequila also has a few variations depending on how long it’s aged. The three you need to know are Blanco (a.k.a. silver), reposado and añejo, but there’s also Joven and extra añejo as well.

Blanco is the most basic: it’s bottled right after distillation without any aging and has a clear color. Reposado undergoes between two months and a year of aging, giving it a golden color and a more noticeable, smokier flavor than Blanco. Then there’s the refined stuff: añejo. Añejo is aged between one and three years in small batch barrels (which were typically previously used for whiskey or cognac) and boasts a rich, smooth flavor capable of going head to head with expensive whiskey. Extra añejo is easy to figure out — it’s just añejo aged even more – and Joven is flavored or blended tequila.

Who said tequila couldn’t be classy? This south of the border spin on the classic old fashioned uses fine añejo to create a sophisticated cocktail with some serious flavor. It’s perfect for cocktail connoisseurs, a pre-dinner aperitif or a grown-up party cocktail. Just note: you’ll want some quality añejo tequila for this minimal cocktail to shine. We suggest the oaky 18-month Don Julio Añejo below.

MAKE IT: Muddle 1/4 ounce of agave nectar, a dash of Angostura bitters and orange peel in an old fashioned glass. Add three ounces of tequila and ice, then stir and garnish with an orange peel or brandied cherry. 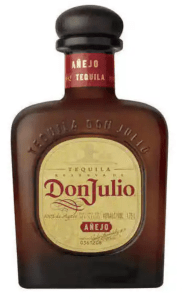 This unbelievably simple cocktail comes out of Marfa, Texas and was invented to beat the oppressive west Texas heat (while getting a little tipsy, of course). It’s just three ingredients: tequila (ideally Blanco), fresh lime juice and sparkling water (ideally Topo Chico) mixed over ice. That’s it. They’re great because the calorie count is very low and the sparkling water keeps you hydrated. This means you can drink quite a few, although you wouldn’t want to end up wandering the desert.

MAKE IT: Squeeze half a lime into a glass, add one or two shots of silver tequila, top off with sparkling water and mix. Pro tip: keep the bottle of sparkling water open and continue to dilute as you go. If you don’t mind a little heat, many Texans add jalapeno and other peppers to this concoction. 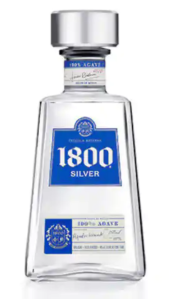 Tequila Sunrises are one of the few tequila cocktails to make it in the big leagues of bars worldwide. Although you may have had a bad one somewhere (or too many), the tasty cocktail can be done very well — and makes a great addition to any brunch.

MAKE IT: Combine a shot of Blanco tequila, four ounces of orange juice in a mixing glass with ice. Mix and then strain into a large glass with ice. Then add a tablespoon of grenadine, let it settle, stir and enjoy.

The bloody Mary gets a Mexican makeover in the form of this Bloody Maria. In fact, the combination of spicy tomato juice and tequila makes even more sense than vodka, especially if you like your Bloody Mary’s with extra hot sauce. You might never go back (we certainly haven’t). 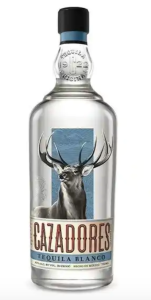 We thought the words tequila and martini couldn’t be used in the same sentence until we discovered this spicy take on the most sophisticated cocktail around. Now, we think it’s one of the best tequila cocktail recipes we’ve ever encountered. It’s simply a tequila martini with a whole habanero pepper as the garnish (although any spicy pepper will do). The pepper slowly infuses spice into the drink and creates an exquisite pairing with a high-quality reposado tequila, such as the Patrón below.

MAKE IT: Courtesy of The Spruce, put two ounces of tequila and one ounce of dry vermouth in a shaker with ice. Shake well and strain into a chilled martini glass. Then garnish with a whole habanero pepper, wait a minute for the pepper to infuse, and sip slowly. 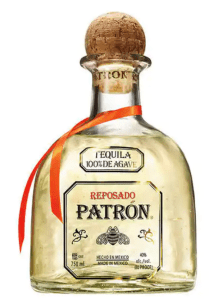 Another tequila cocktail for the sophisticated drinker is the Chalino Special. This tequila cocktail recipe is slightly more advanced than your bloody maria or margarita. It’s mostly unknown and quite impressive — even for tequila cocktail lovers. Because it’s a fairly simple drink, it’s a great way to display a great bottle of blanco tequila such as Casamigos (the powerhouse brand famously founded by George Clooney).

La Palomas are relatively well known, and this tequila cocktail recipe is worth memorizing. The grapefruit cocktail is light, crisp and easily enjoyed by all. Fix ‘em up on a hot day for BBQs or a refreshing cocktail hour. You can use any tequila, but a slightly aged, spicy reposado such as the Espolòn linked below will pair best with the grapefruit soda.

MAKE IT: Combine two ounces of tequila, half an ounce of lime juice and a pinch of salt in a glass with ice. Top off with grapefruit soda, stir and enjoy. 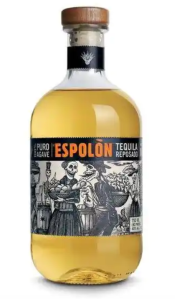 We saved the king of tequila cocktails for last. Margaritas enjoy huge fame, and they deserve it. There are many variations (on the rocks, blended, with a salted rim or without, skinny, etc.) so it’s worth trying them all to see which is your favorite. We’re big fans of the Tommy margarita, a lighter variation that lets quality tequila really shine.

MAKE IT: Prepare a glass with a salt rim (optional) and rocks. Combine two ounces of tequila, an ounce of fresh-squeezed lime juice and half an ounce of agave syrup in a shaker with ice. Shake it up and strain into the glass. It’s a simple recipe that’s tasty and refreshing. 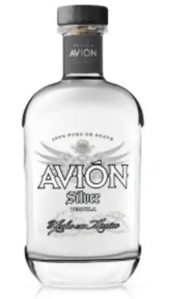