It’s mojito season, baby. Now that the sun’s shining and we’re wearing as little clothing as possible in the outdoors, we’re ditching hot toddies and red wine for the best spiked seltzer brands and summer-centric cocktails like frozen margs, vodka clubs (with extra lime, duh) and the king of all summer beverages: mojitos. And, if you’re making an A+ mojito, you can’t do without the best white rum.

While dark rum is a delicious choice, we don’t consider it much of a summer staple the way we do the best white rum. White rum is more or less a cocktail must for warmer weather and doesn’t dim the color of highly saturated, bright-colored beverages the way dark rum would. Don’t hate on us, but we’ll even go as far as to say that white rum is the best rum. Sorry not sorry.

Also unlike dark rum, the best white rum is more practically used as a lot of bartender’s top pour unless specified. For example, if you’re asking for a classic mojito or a rum and coke out at your local watering hole, your bartender will likely go straight for the best white rum instead of dark. It’s kind of a first-pick through in through.

There are a number of great white rum options to choose from when making your favorite boozy bevs this season, but lucky for you, we searched around for the best white rum you can buy. Period. Whether you’re drinking this stuff straight or mixing it into a tasty cocktail, check out the best white rum to consider below.

Diplomatico is a force to be reckoned with in the world of rum. Whether you’re drinking their impossible-to-beat aged Reserva Exclusiva or their mouthwatering white Planas pictured below, you’re going to have a seriously hard time finding something better than Dipolomatico rums. Planas is our favorite white rum for its versatility. It has just enough intensity to sit well on its own and enough smoothness to mix well in your favorite rum-based cocktail. While it has a fresh, tropical feel to it, it’s surprisingly aged for over five whole years to create creamy and fruity flavors ready to bring your palate to a party. No matter how you serve Planas, do it with a heavy pour. Trust us, you’re not going to want to miss out on all of its unique offerings. 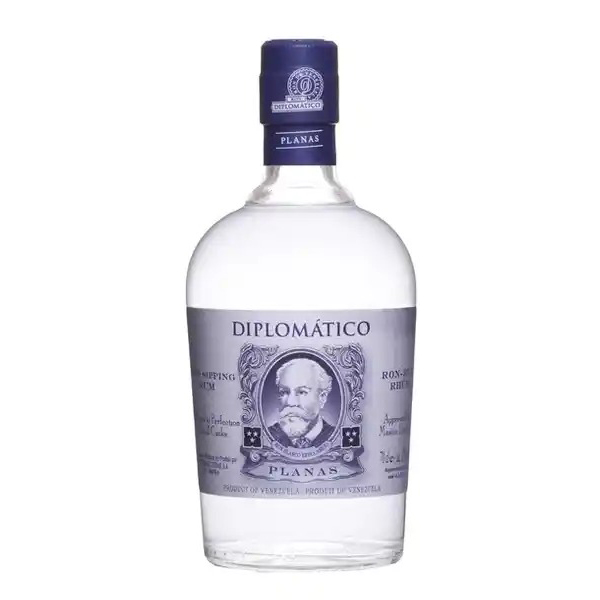 Real McCoy Barbados rum is a serious competitor when it comes to delicious white rums. It’s totally unmodified and made in small batches inside copper pots and column stills until it’s tropically aged in American oak bourbon barrels without any additives in the slightest. Yeah, that means no added sugar, too. As an aged light rum, you can expect a deliciously unique flavor offering consisting of citrus, buttery caramel, vanilla, toasted coconut and more. It has a rare exquisiteness to it you won’t be able to find in basic bottles you used to dump in your fraternity’s punch bowl. This is the real deal and it’s hard to top. 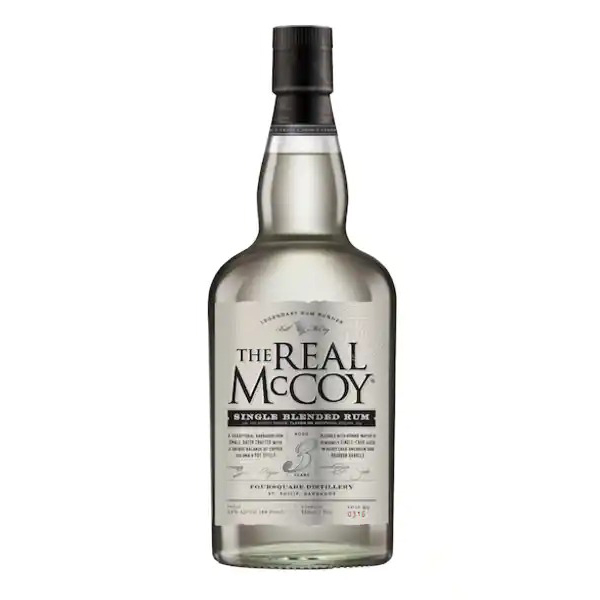 When you think of the best white rum, there’s a solid chance the first bottle that comes to mind is BACARDÍ. Like, how could it now? The BACARDÍ logo is plastered all over bars the second the weather begins to warm up. From BACARDÍ rum buckets at the local dive to stickers stuck to the side of the frozen piña colada machine at your favorite tiki bar, BACARDÍ is everywhere in the summer. Hell, Cardi B even named herself after the white rum. Their Superior White Rum is said to have pioneered white rum in general, creating a new way for folks to drink rum all the way back in 1862. It still holds up, too. 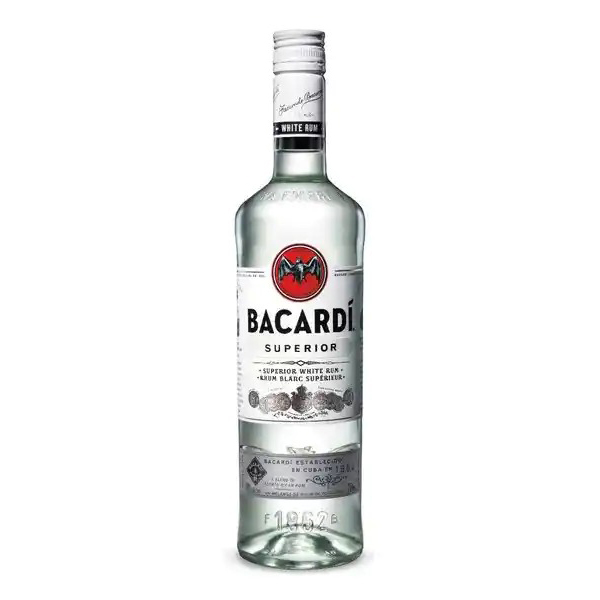 Don’t be so shocked that your favorite dark rum buddy, the Captain himself, has a delicious white rum option available on a budget. Each bottle is distilled five times which allows for five times the fun. It mixes scrumptiously into any of your go-to rum cocktails whether they’re on ice or frozen. While you might want to drink your favorite dark Captain neat or on the rocks, we don’t suggest that as much with their white rum. Yeah, it’s a tasty white rum, but it doesn’t have the most unique flavor on the planet. This one’s definitely meant for mixing. 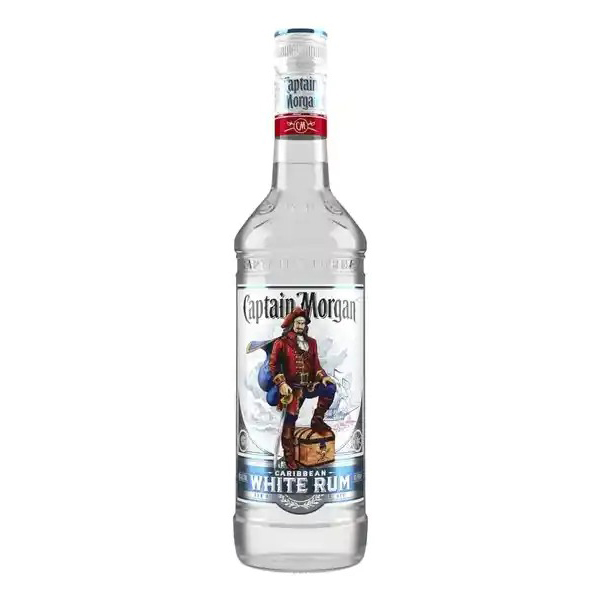 If you’re trying to make the best mojito your tastebuds will ever experience, you need to do it with Havana Club Aneja Blanco. It’s a Cuban drink, isn’t it? So, why would you use the best white rum derivative of the Virgin Islands? Do it with something straight from the source. This rum has existed since 1878 and has a well-rounded flavor consisting of tropical fruits, oak and vanilla. This rum is so iconic that it became synonymous with Cuba as a whole, so much so that folks from the United States and Europe would fly over to the island in heaps just to get their mojito fix. Despite the name and its origin, Havana Club is now both distilled and aged in Puerto Rico for a year and then blended together and aged in oak barrels for another two months to create some of the most delicious tasting white rum on the planet. 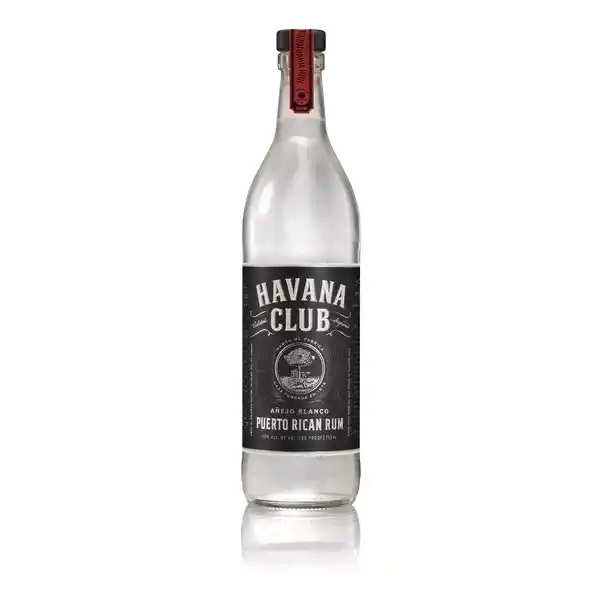 The best white rum and frozen drinks go hand-in-hand when it comes to summertime fun. Whether you’re drinking a piña colada, strawberry daiquiri or mixing the two together for a classic Miami Vice, our favorite rum for frozen drinks has to be Plantation 3 Stars. While we don’t love the name much, we can’t deny the flavor this brings to your go-to icy treats. In each bottle, expect flavors of ripe fruit, soft spice, white pepper and fresh herbs to pleasantly reach your palate. This array of flavors balances almost way too well with added frozen flavors, so keep this as a must-try for this summer. 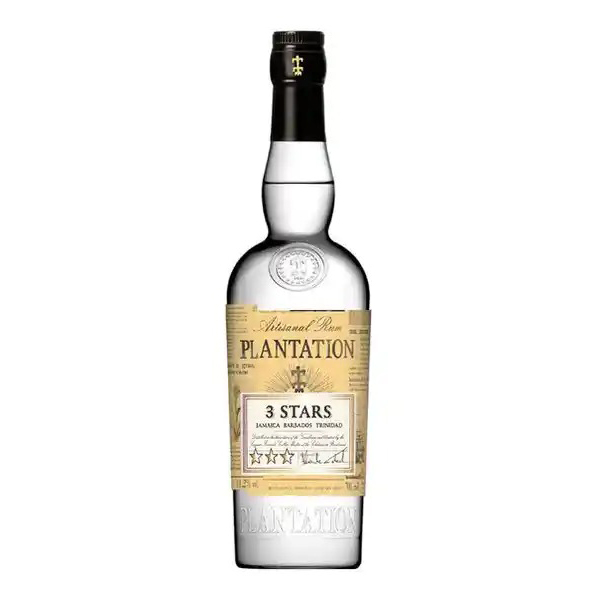 Puerto Rican rum truly hits different, especially when it comes to Don Q Rum Cristal. Unlike a lot of the best white rum, Don Q uses a multi-distillation system to create a super clean white rum that feels almost royal. It has a really delicate flavor profile to make it extremely smooth when sipping, making it perfect for drinking by itself neat or on ice. It makes an excellent vodka alternative, too, so any time you’re having a rum night but craving a vodka drink, sub it out for some Don Q. You’ll hardly be able to taste a difference. 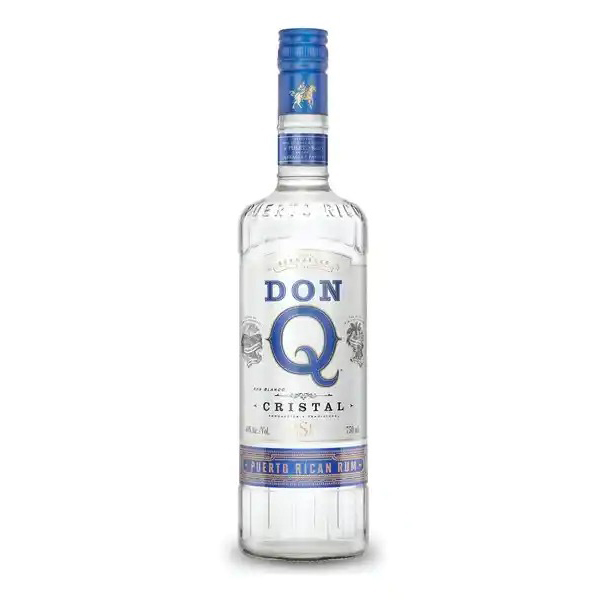 A white rum that was born on the bayou? Sounds very Creedence Clearwater Revival. It’s time to introduce you to the very best American white rum the world has ever seen: Bayou Silver Rum. Each bottle of Bayou is triple-filtered with fresh water to give drinkers some of the cleanest, purest tasting rums to exist. Shocking given what you initially think of after hearing the word “bayou”, isn’t it? Nonetheless, this Louisiana favorite is essential for drinking straight, blending with ice and coconut or mixing straight into your sweet tea. 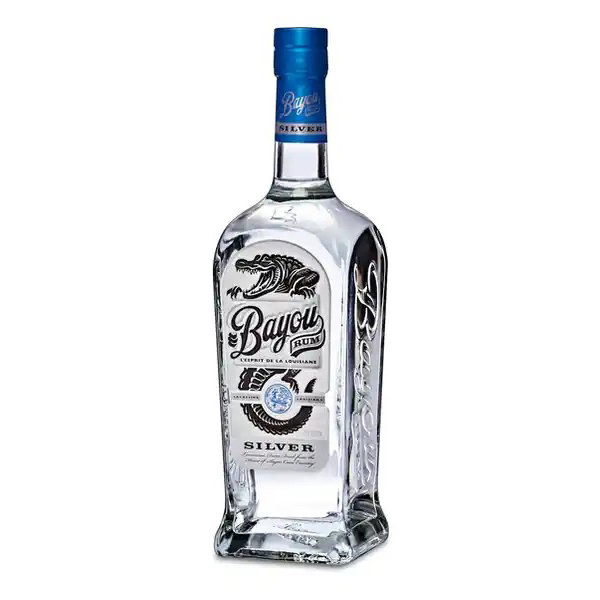