The canned cocktail craze continues as Jack Daniels and Coca-Cola team up to offer Jack & Coke in a can. That’s right, folks, soon you’ll be able to purchase a ready-to-drink Jack & Coke straight out of a can.

The Coke and Jack Daniel’s Tennessee Whiskey collaboration “brings together two classic American icons to deliver consumers a taste experience they love in a way that is consistent, convenient, and portable,” Lawson Whiting, CEO and President of Brown-Forman Corporation, which owns Jack Daniel’s, said in a press release.

This pairing makes enjoying a Jack & Coke easier than ever before, combining both products into one simple cocktail that can be consumed from the can or poured over ice. The press release, shared by Business Wire, notes that “the global benchmark for alcohol beverage volume (ABV) is 5% but will vary depending on the market.”

Much like hard seltzer, whiskey aficionados and canned cocktail drinkers will certainly appreciate the convenience of the two-in-one1 drink, thanks to the simplicity of being able to crack it open and imbibe without the need for a glass or ice. Coke Zero lovers can also rejoice as the Jack & Coke combo will also be offered in a zero-sugar version.

Images of the packaging reveal both brand logos prominently featured on the front of a black can with red highlights, with a silhouette similar to that of a Coca-Cola can. The press statement shares that the can and packaging “will feature two of the world’s most recognizable and valuable trademarks in Coca-Cola and Jack Daniel’s.”

The new beverage will be available to of-age consumers around the world, with an initial launch planned for Mexico in late 2022. US drinkers will have to wait a little longer for a release date planned for sometime in 2023.

However, Jack & Coke isn’t your only canned cocktail option. If you’re new to the world of pre-made cocktails, we’d strongly suggest checking out our list of the best canned cocktails below for some fantastic summer sippers.

The Best Canned Cocktails To Sip This Summer 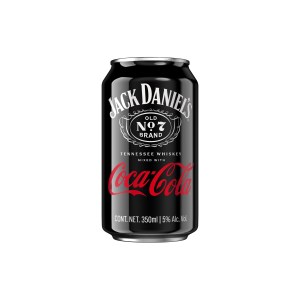 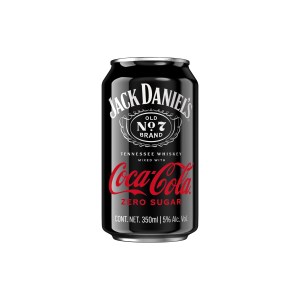 Skip the Shaker and Sip on These Canned Cocktails Instead