Let’s be honest: Most of the best foods are portable. Hot dogs, churros, burritos … all easily eaten on the go. (OK, fine, Healthy Eating Guy, so are bananas, apples, and protein shakes.) Cereal? Try keeping that bowl of Fruity Pebbles between your knees while you drive, or see if you can walk down the sidewalk and not spill your Corn Flakes.

Actually, now you can take your snap, crackle and pop on the move, and not spill a drop. The CrunchCup, fresh from Kickstarter, is now on Amazon and ready to remake your favorite morning meal. No spoon, no bowl, no problem.

It’s really an ingenious device. Two cups on one: milk in one, cereal in the other. Each has its own hole so the cereal and milk don’t meet until they hit your mouth. So no worries about soggy cereal, or having to blast fossilized bran flakes out of the cup after they’ve dried. Seriously, that stuff is like concrete when it dries.

You control the flow of milk by covering the airhole with your finger, or by partially covering the milk spout with your lower lip. It’s very easy to get the hang of it. Soon you’ll be powering down your favorite cereal one-handed in the car, at your desk, or wherever. 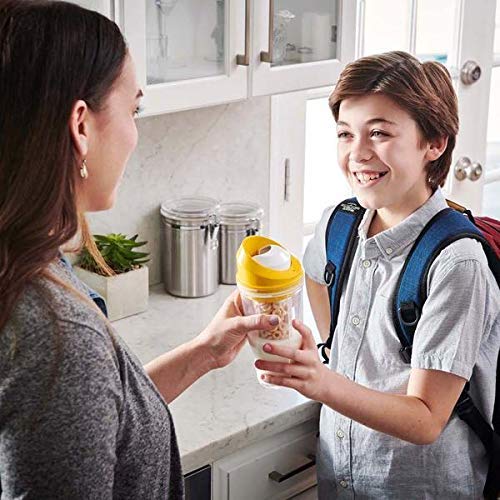 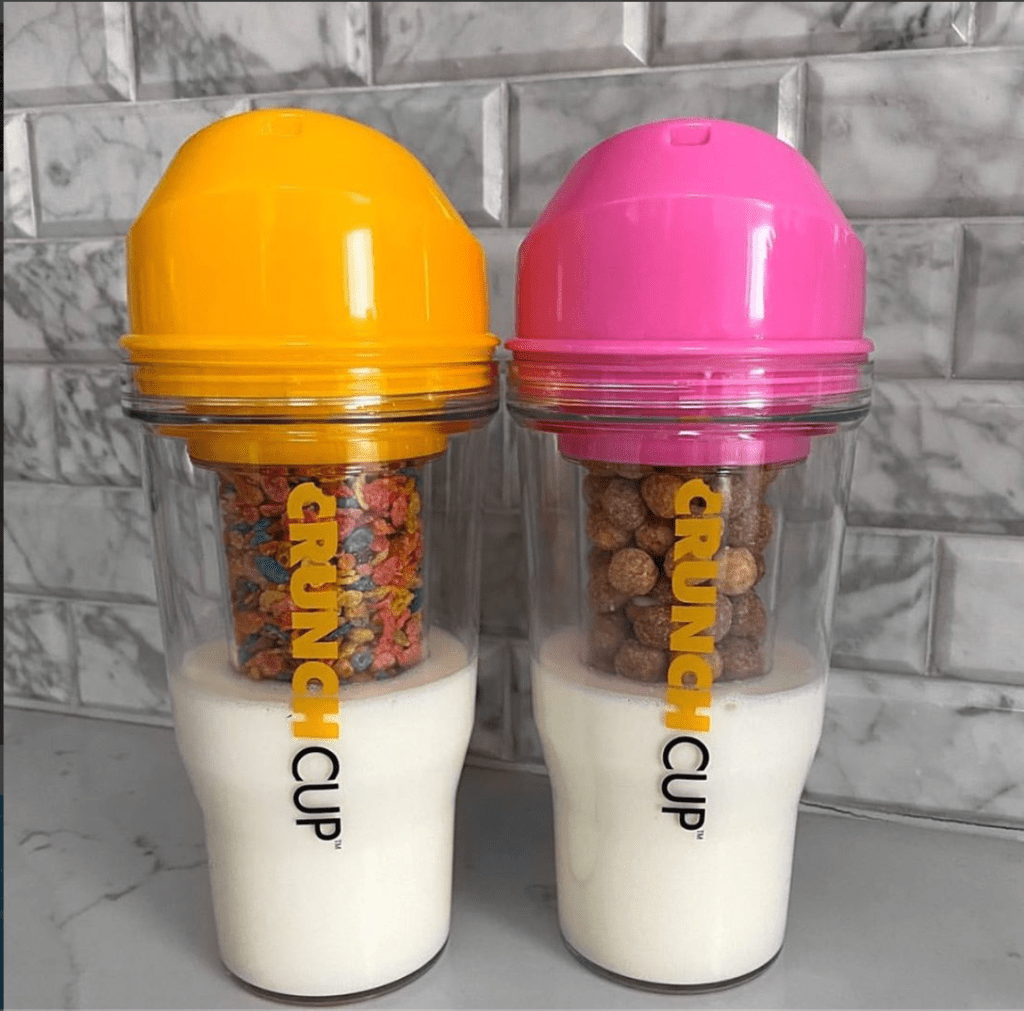 The CrunchCup holds slightly over one official serving size of cereal (just about 30 grams). The outer chamber holds up to 12 ounces of liquid, but considering the size of the cereal cup, about 5 ounces of milk should do the trick. It’s incredibly handy, but bear in mind it’s not a miracle device: You need to hold it upright or it may leak. And as cereals go, the CrunchCup team only discourages one: Frosted Mini Wheats. Something about the size and texture is not CrunchCup-friendly. Beyond that, have at it!

The CrunchCup is made of durable, FDA-approved, BPA-free plastic, and won’t crack or shatter if you drop it while you’re mastering the art of the one-handed Cocoa Puffs chug-and-crunch. It’s also dishwasher-safe, so there’s no excuse for letting the last bits of milk curdle at the bottom of the cup.

If you’re sending the kids off to school, it’s a ready-made breakfast handoff on the way to the bus stop. But if you’re a student running for class yourself, or a pro on your way to the office, it’s an awesome new meal-to-go option you never imagined possible.