So, you watched Seaspiracy. So did I. Now I simply cannot stop thinking about our world’s oceans and all of the gorgeous sea creatures living in them. Most importantly, I can’t get over the fact that all of the efforts I have been making to reduce one-time plastics is only half of the problem. Hell, at this point, it seems like even less than half of the problem.

All of my single-use straws and Starbucks cups are no match for the sheer number of plastic nets in the ocean. Additionally, marine creatures I have intentionally become so worried about in the past that I figured in no way I could be indirectly harming, I am, in fact, indirectly harming through my seafood consumption. I love seafood, to me, there is nothing like a good eight-piece shrimp tempura roll or a cheesy crab dip or a clam linguine dish, but, given my new knowledge surrounding mass fishing methods and how negatively it is affecting creatures I am coming nowhere close to eating, I can’t stop reconsidering my seafood intake. So, I’ve been doing some research.

In Seaspiracy, there is one scene toward the end that talked about “seafood” made solely from sea plants. In this scene, the woman interviewed is Dominique Barnes, a co-founder of New Wave Foods and a marine biologist. Barnes mentions that the fish that we’re eating is essentially the “middlemen” of all of the important fish-based nutrients that are healthy for us to eat because they can all be found in algae. So, she brings up a great point — why are we messing with the “middlemen,” AKA the fish, when we can eat directly from the source?

That’s why she created New Wave Foods, a company that makes “seafood” from sea plants — a totally seafood-less fish alternative. And, you know what? When they showed some coconut “shrimp” on the TV screen, my mouth instantly began watering.

This got me Googling and turns out, there is a slew of seafood-less fish alternatives readily available to purchase online that nobody knows about, and as per description, they taste like the original.

So why aren’t we giving up seafood and trying them for ourselves? Quite literally nothing is stopping us.

With that said, I rounded up a number of seafood-less fish alternatives you can try for yourself if you’re wondering what the next step you can make is after watching Seaspiracy. All products listed are 100% seafood-free and in no way harm any animals during the manufacturing process — and they’re supposed to taste great. All in all, nobody loses. Read on below, it’s time to actually consider making the switch.

Sophie’s Kitchen prioritizes vegan seafood that’s good AF (as fish, people, get your head out of the gutter — we’re keeping it PG today.) Sophie’s has a number of delicious plant-based seafood that are entirely fish and meat-free, making them perfect for a number of diets, including vegan, vegetarian, soy-free and gluten-free. Right now, Sophie’s has a few delectable options such as fish fillet, shrimp, crab cakes, smoked salmon, black pepper “toona” and sea salt “toona.” My roommate Mallory has been following a vegetarian diet since before we met in 2014 and she’s actually tried Sophie’s Kitchen’s crab cakes. “They were pretty impressive,” she mentions, “I never ate seafood too often back when I was eating meat, but every now and again I’ll get a hankering for something fishy — these were perfect for my craving and they were so easy to find at Stop & Shop.” 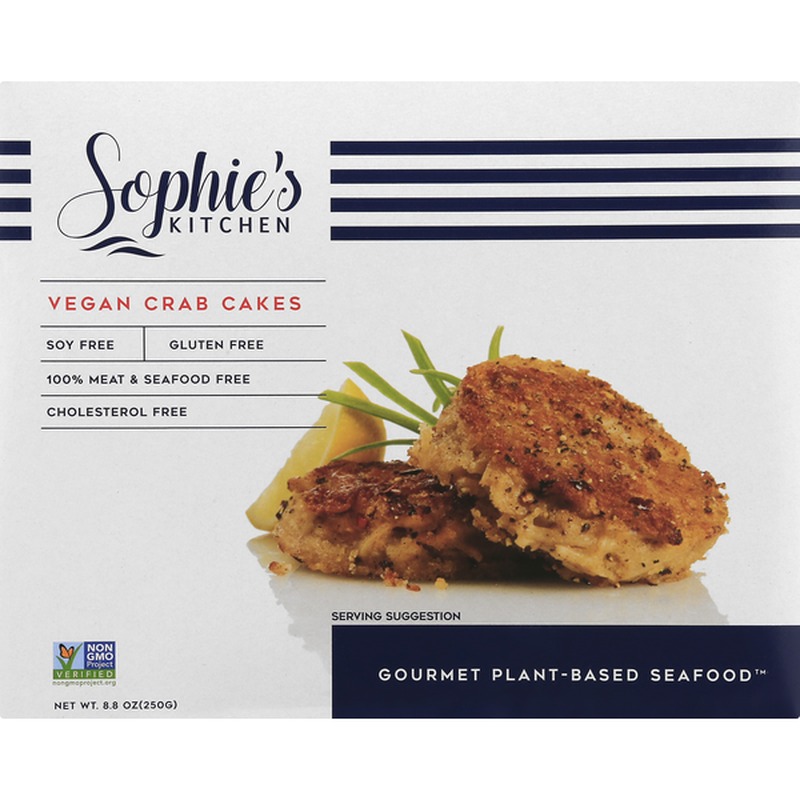 If you’re already practicing a vegan or vegetarian diet, there’s a good shot you already know Gardein for their easy-to-find meatless products of all types. They’re practically leading the meatless “meat” industry, from products including plant-based chicken, pork, burgers and even soups. If you’re looking to make a solid fishless Fish and Chips at home, look no further than Gardein’s Golden Frozen Fishless Filet. These certified vegan fish filets are also kosher and dairy-free, so they will fit into a multitude of diets. They’re made primarily from vegetable protein and enriched wheat flour to give a taste that’s so similar to the actual thing, it’s almost fishy. Hah, get it? 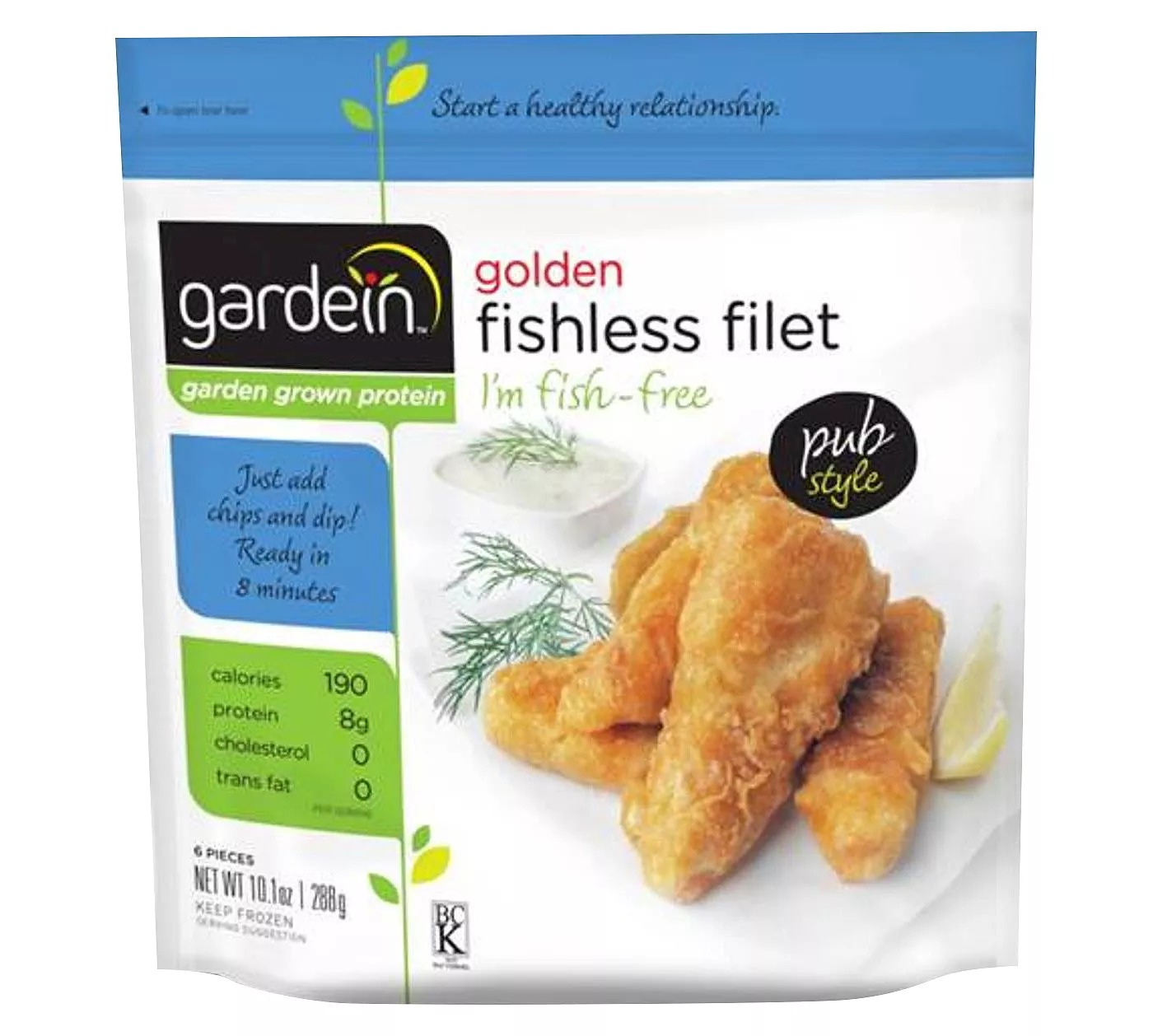 For those of you canned tuna lovers out there, ditch all of that unwanted mercury with Atlantic Natural Foods‘ meatless Loma Lindo Tuno products. Make Mom’s famous casserole that you miss so desperately or a classic tuna sandwich without all of the unwanted issues that come with canned tuna. Not only is Tuno vegan, but also gluten-free, shelf-stable, 100% ocean safe, affordable and delicious. It’s made primarily from soy protein so it doesn’t fit at all into soy-free diets, but for those of you that can stomach soy, definitely give this stuff a shot. 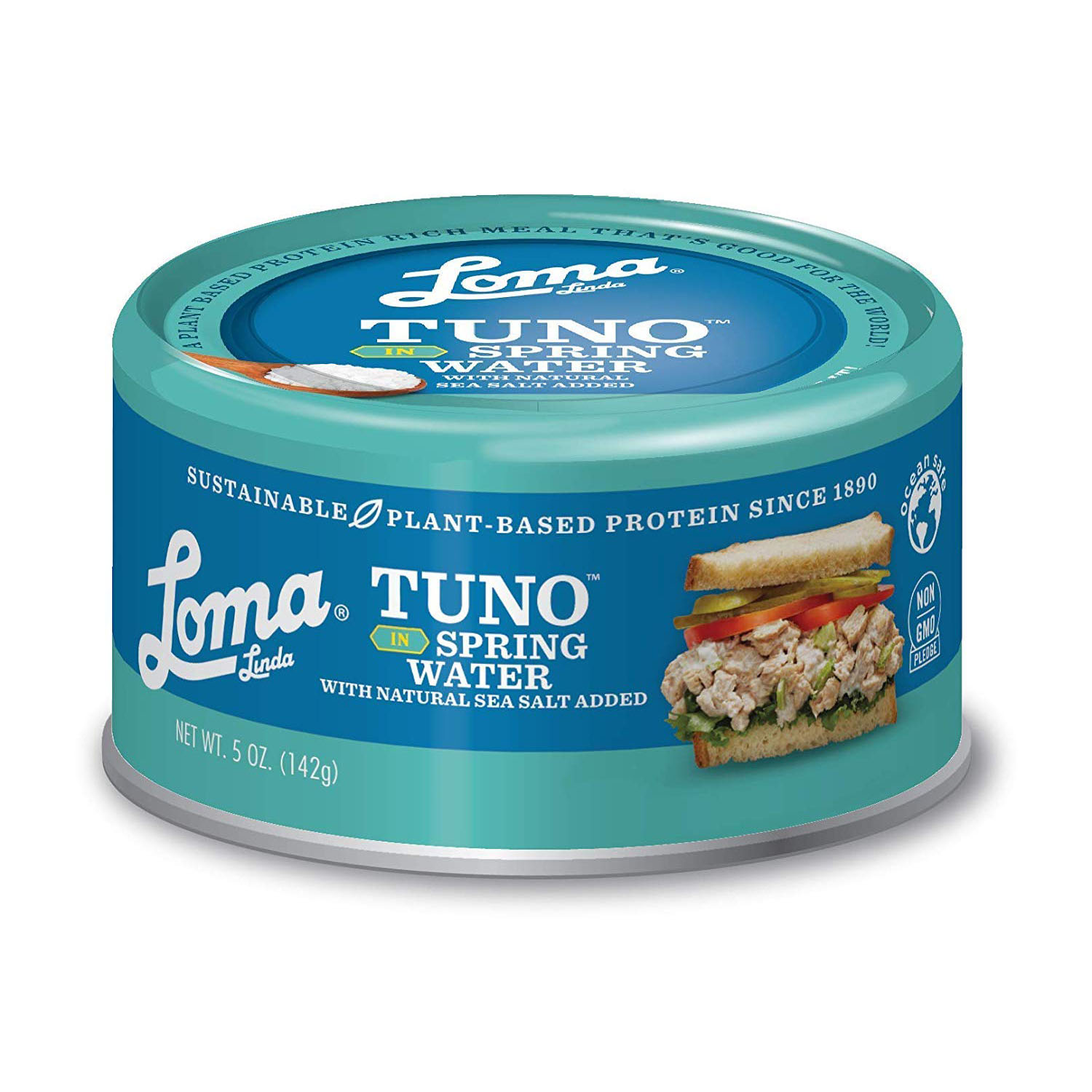 Although the “shrimp” we became most interested in Seaspiracy was from the brand New Wave Foods that we mentioned earlier, you sadly cannot buy any NWF products online. With that said, this vegan shrimp from All Vegetarian look just as delicious. Each bag comes with about 18-20 “shrimp” and is individually made primarily from water, modified starch, pea extract and a few more ingredients. They’re totally soy-free and gluten-free so people with a multitude of diets can try these. Have them as a snack, saute them, fry them — do whatever. They’ll taste fantastic no matter what you do.

You don’t need beef to make a burger. Heck, you don’t even need fish to make a burger. All you need? Plant protein and other delicious plant-based ingredients. Good Catch Foods makes the best fishless fish burgers the world ever did see. For real, you’ll have no idea you’re not eating fish at all. Just add lettuce, tomato, onions, avocado and your favorite condiment on top of perfect toasted buns for a lunch you’ll keep on making. In addition to these fish burgers, Good Catch Foods also has a scrumptious New England crab cake and Thai-style fish cakes. 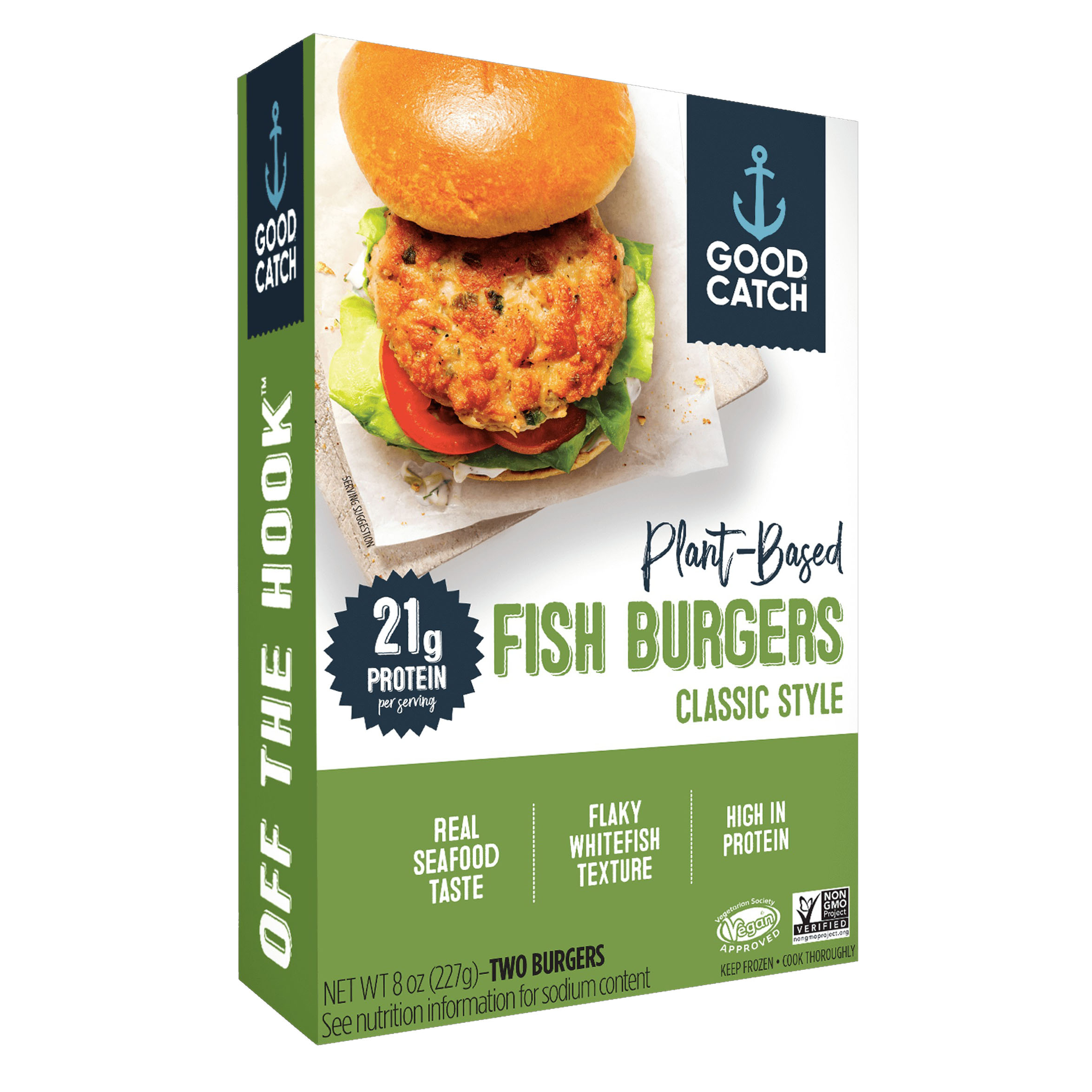 Oh, so we’re doing caviar now? How fancy of you. Caviart specializes in completely fish-egg-free caviar made entirely from seaweed, water, salt, spice extracts and a stabilizer to give them that fish egg consistency you’re so attracted to without any harm to fish or our world’s oceans. It’s considered the best-selling vegan caviar in Europe and has actually won a couple of awards. Caviart is hard to find in stores the same way actual caviar is, but lucky for you, it’s actually relatively inexpensive on Amazon. 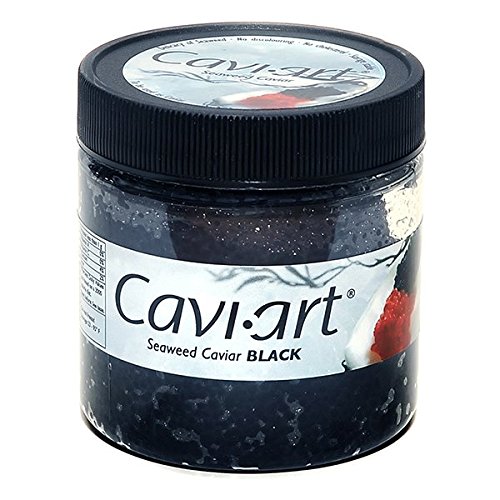