At this point, do you really need a reason to drink? Like, come on, it’s been a hell of a year. No matter whether your preference is vodka, tequila or whiskey, taking it down the hatch in shot form is the best way to bite the bullet and get yourself a little bit (or, a lot of bit) tipsy. Now more than ever given the tumultuous year we’ve had, there’s no better way to take shots than with a funny shot glass to help boost your mood.

Since most of us aren’t buying rounds for our pals at the bar, we’ve been taking the majority of our shots in the comfort of our own living rooms during game nights with pals, in-house raves with the roomies and, well, on Tuesdays. Just because we made it to Tuesday. Although your state university shot glass has been doing a great job, you need to add a funny shot glass to your collection to commemorate the shitty year and bring up the vibes as we head into 2021.

With that being said, we rounded up the most hilarious shot glasses we found on the internet that we’re more than sure will bring a smile to your face this year. Low and behold: the funniest shot glasses you need to bring positive energy into the new year.

No matter how many prescriptions you’ve been collecting this past year, it’s safe to say you can never have too many at this point. Snag yourself this prescription shot glass and whenever you’re taking a shot on a Thursday afternoon after a midday work meeting, remind your housemates that it’s medicine. You need it to survive in this modern world. 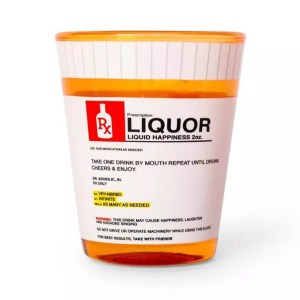 BEST TO COMMEMORATE THE PAST YEAR

Now that the COVID-19 vaccine is making its rounds around the world, it’s only a matter of time until the quarantining finally (hopefully, please don’t let us jinx it) comes to a much-needed end. With that being said, it’s time to commemorate the hell of a year we finally got ourselves through with this shot glass that really is a sign of the times. 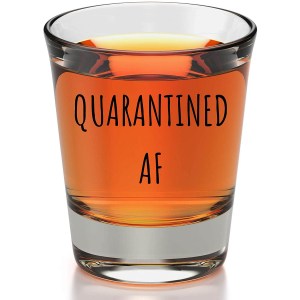 One thing we’re certain of? Nurses need shots too. No, not those kind of shots. Well, yes, those kind of shots, but also shots of liquor. Nurses have worked hard as hell in the past year, so get your favorite nurse this shot glass as a thank you for all of their hard work and let them get a little loosey-goosey whenever their job allows them the time to. 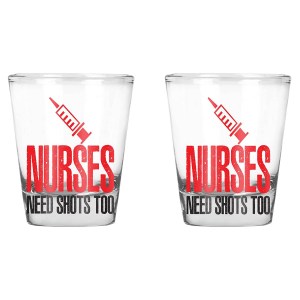 Why does it feel like everybody got engaged in the past year? Like, were you all really that bored? For those of us with commitment issues, ditch the idea of an engagement ring for this shot glass ring that’s much cooler and will never break the bank. Fill it with whatever you’d like — you’re single AF so you can get as rowdy as you want. 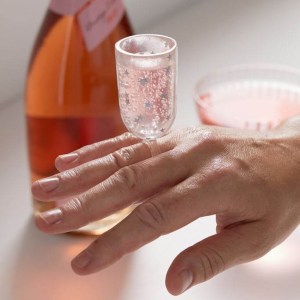 While they might not necessarily be “funny”, you might get a couple of funny looks from onlookers that have no idea why you’re licking your shot glass. With this Himalayan salt shot glass set, you do the classic tequila, salt, lime trick by licking the glass rather than licking your hand and pouring table salt all over the place. When it’s time to clean, simply rinse these under some water and leave them to dry — no soap needed. Himalayan salt is naturally bacteria-resistant, so you have nothing to worry about. 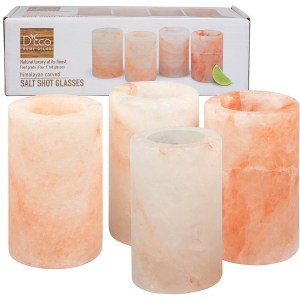 Any member of the LGBTQ+ community knows damn well that gay shit is much more fun than straight shit. It’s just a fact at this point. If it sounds gay, we are absolutely in. No ifs, ands or buts. Get your gay on in pride with this shot glass perfect for any and all liquor-loving LGBTQ+ members. 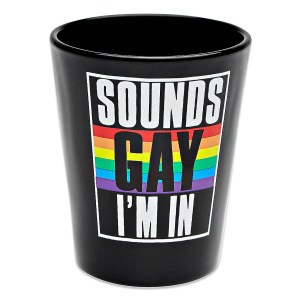 Ah, cat lovers. Dog lovers’ less cool little siblings, but still alright. If you have a cat lover in your life that needs some cheering up and maybe a shot or two after the year we’ve had, this “Purr Me a Shot” glass is the perfect gift to give. Whether it’s for their birthday, a late holiday gift, a New Year’s gift or simply a little something just to brighten their day, this is a must-buy. 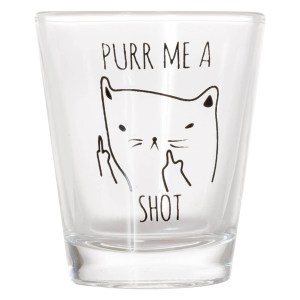 Purr Me a Shot Glass

Know someone that’s been a dick lately? Give it to them in a way that will surely make them giggle with this penis-shaped shot glass that’s ready for… well, for a lack of better words, sucking. We’re going to be honest, this isn’t the easiest shot glass in the word to use or even pour into, for that matter — but it is quite hilarious. 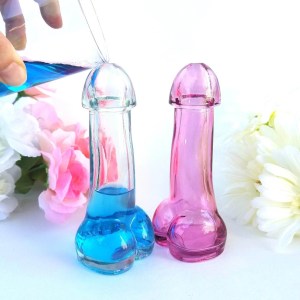 Looking to gross out your family and friends? Well, with these urinal shot glasses, that’s going to be relatively easy. Just looking at the photo below makes our stomachs churn a little. The worst yet best part? If you think about it, most liquor you’ll pour into these glasses will absolutely resemble the color of most urine colors in this world. It’s a blessing and a curse. 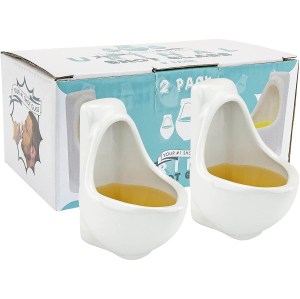