Every year on March 14, math enthusiasts rejoice and celebrate Pi Day, an unofficial holiday celebrating pi, a calculation that’s existed for over 4,000 years. Pi is the term for the number that describes the ratio of a circle’s diameter to its circumference. No matter how big a circle is, that ratio will always equal pi.

Pi is often shortened to 3.14, but it goes on to 3.141592653… and continues infinitely. By the mid-20th century, only the first 620 digits of Pi were known, the result of painstaking calculations performed by hand. With today’s computing technology, we know more than 31 trillion digits. Pi is used daily for everything from GPS to construction and engineering, and it’s not an understatement to say the modern world couldn’t function without an understanding of pi.

If you’re not a number lover, don’t fret — Pi Day is also a holiday for anyone with a sweet tooth. Pie shares the same name as this irrational number and deserves a holiday as well. After all, it’s a top contender for the best circular inventions in the known universe. 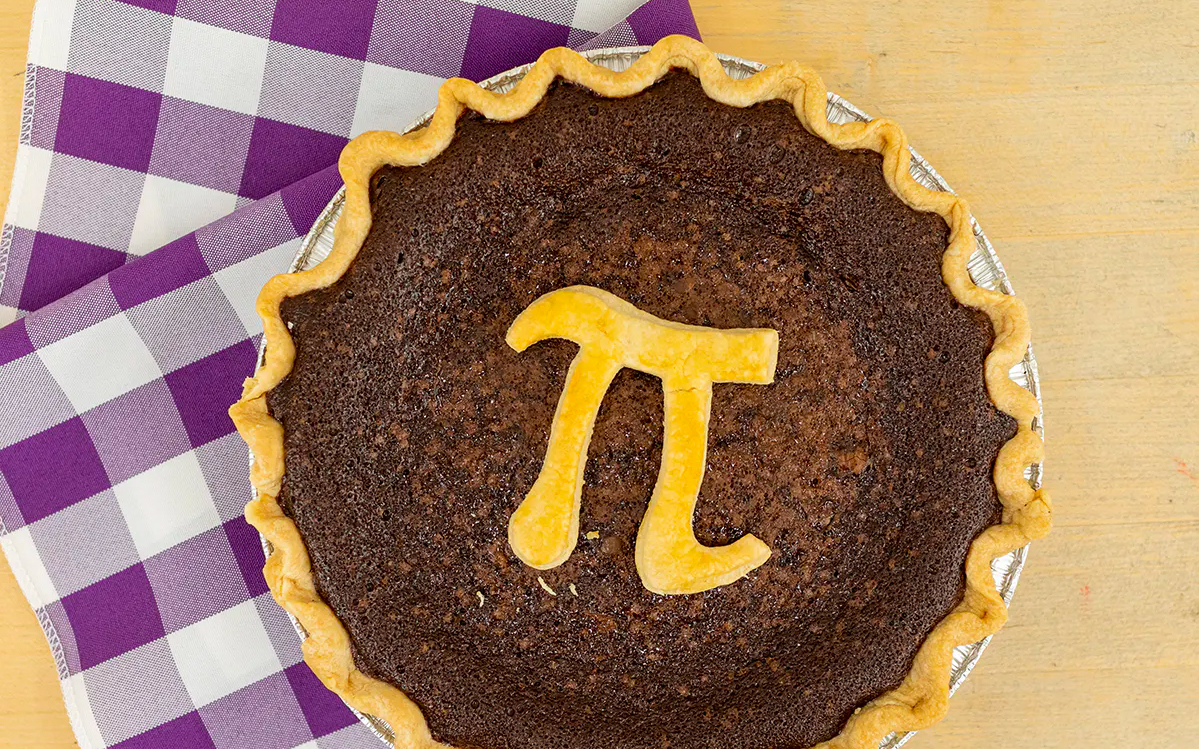 One of the brands honoring Pi Day this year is Goldbelly, a platform that partners with small stores, restaurants, and chefs to deliver drool-worthy comfort foods and desserts while supporting local communities. Rather than being limited to one city, your tastebuds can travel all over, thanks to country-wide shipping, while beloved local restaurants can share their most famous dishes with the world.

For Pi Day, Goldbelly is currently offering up to 30% off American pies through 3/14. While the promotion lasts, there are also zero shipping costs. Celebrate Pi Day by treating yourself or a loved one to these delectable and All-American pies. We’ve rounded up some best-selling Goldbelly favorites below to help inspire you.

No one makes a more authentic Key lime pie than someone from Key West itself. The historic Kermit’s Key West Key Lime Shoppe has been slinging this tart and creamy tropical staple since 1993. Made with in-house Key lime juice and whipped cream dollops in a traditional graham cracker crust, Goldbelly reviewers sing high praises of this classic dish, calling it the best Key lime pie they’ve ever had. 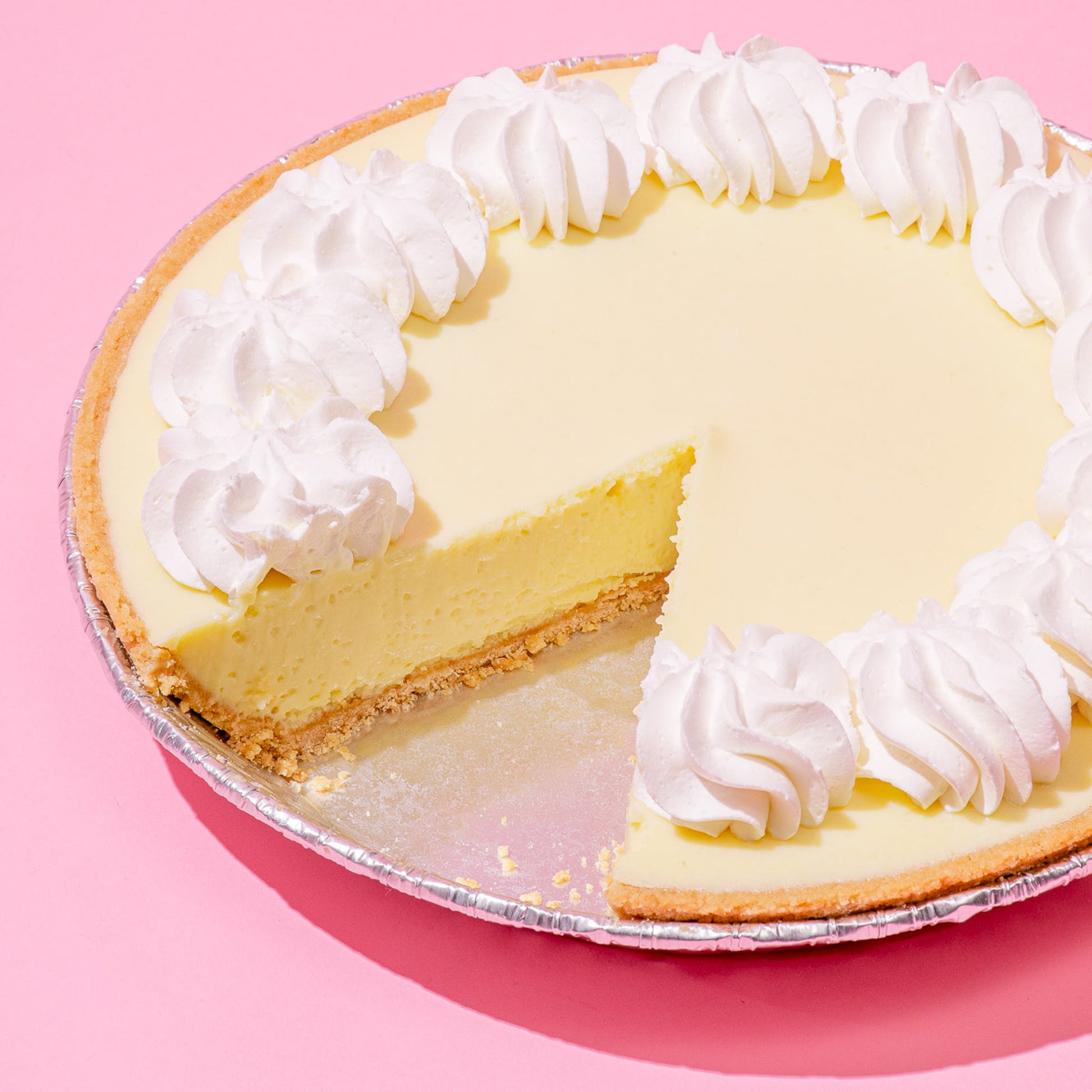 Ever wish you could just shovel an entire box of cannolis into your mouth at once? This pie company knows your struggle and came up with a brilliant fusion pie to accomplish that goal. The crust is made of flakey cannoli shells and generously filled with a magical, 3-cheese cannoli cream coined by Master Baker John Dimarco. Then, it’s dusted with chocolate chips, powdered sugar, and cocoa powder. 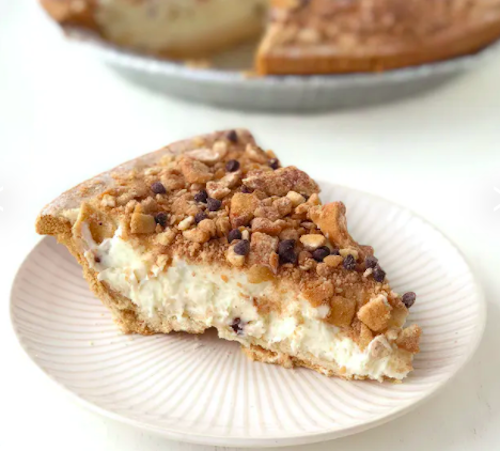 As you get lost in this luscious deep-dish apple pie, you can console yourself with the fact that you’ve met your daily fruit intake. This colossal creation, dubbed “Lord of the Pies”, consists of a whopping 10 apples. This creative reimagining of a classic is topped with a crispy, crumbly cinnamon streusel and cradled by a flaky crust that doesn’t slack on butter. 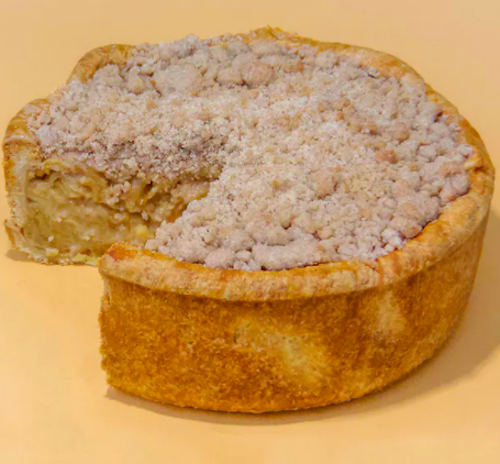 Image courtesy of Goldbelly
Buy: “Lord of the Pies” Deep Dish Apple Pie by… $85.00
Buy It

Chocolate. Pecan. Bourbon. Pie. What more do you need to know? This award-winning dessert comes courtesy of Michele’s Pies in Norwalk, Connecticut. 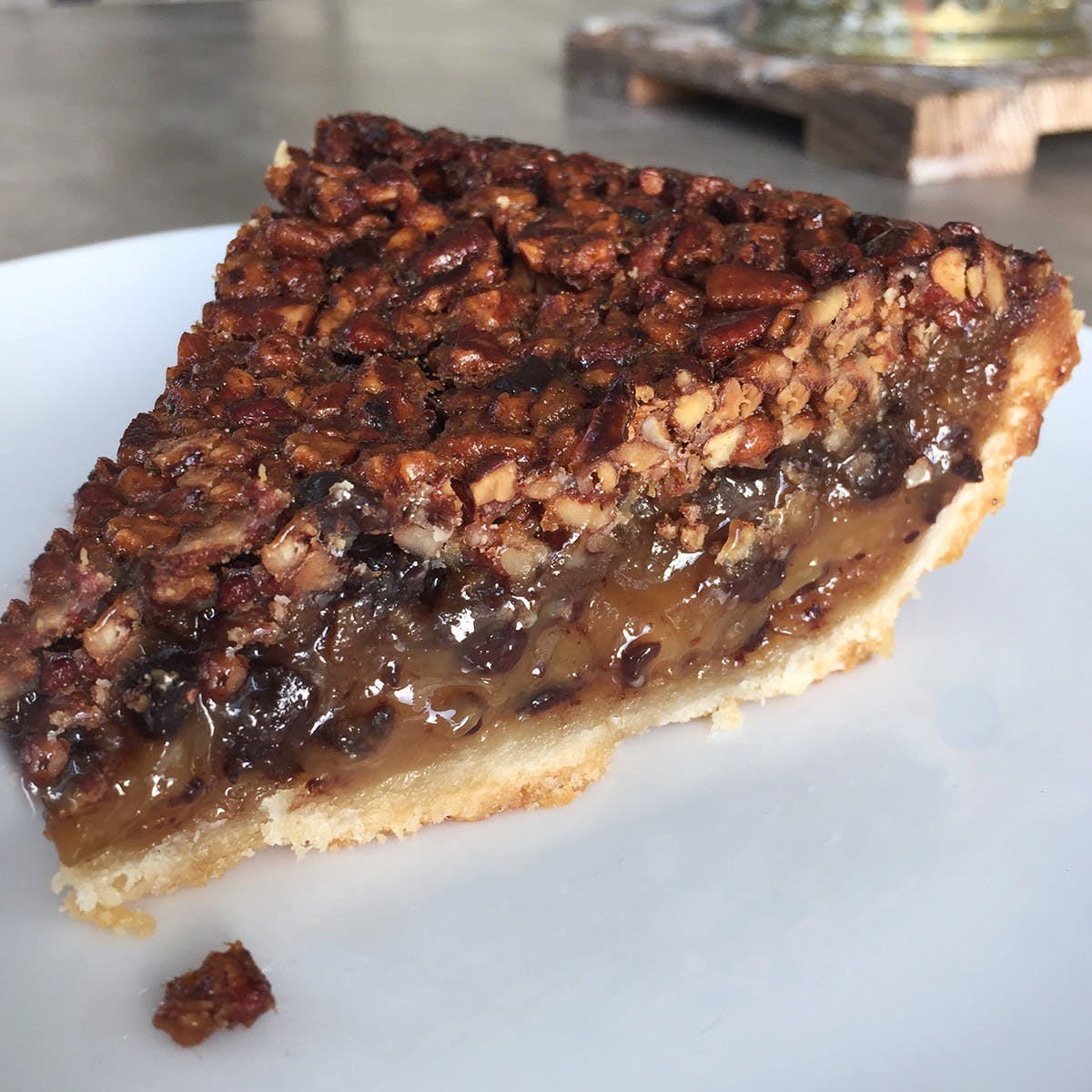 All around the world, people are familiar with this famous Brooklyn bakery founded by sisters Melissa and Emily Elsen. If a pandemic isn’t allowing you to travel to NYC right now, plenty of their delicious offerings are available on Goldbelly. One of their legendary offerings is the sweet and savory Salty Honey pie, filled with velvety honey vanilla custard and topped with flakes of Maldon sea salt. 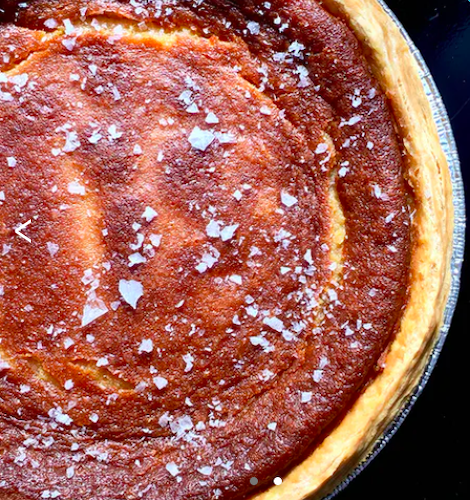 Finally, we have this chocolatey creation from the famous Pie Hole diner in Los Angeles. Unfortunately, this Pi Day pie isn’t included in the discount, but you can score free shipping until 3/14. 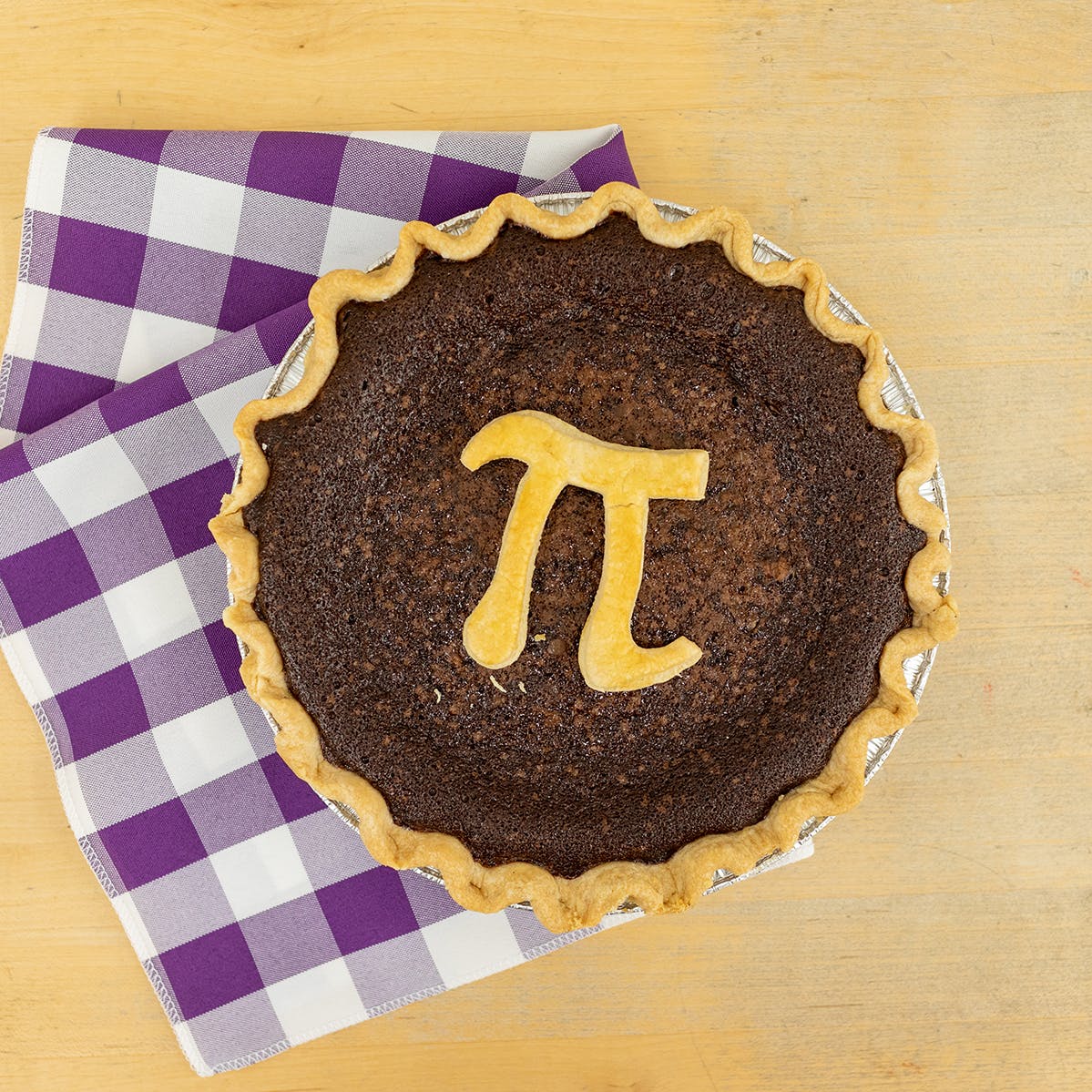 Courtesy of Goldbelly
Buy: Chocolate Brownie Pie $65.00
Buy It
A Letter To My One True Love: The Cotton Blues Cheesecake