New York City has seen its fair share of craft distilleries opening over the past decade, but virtually all of these have been in Brooklyn. King’s County, NY Distilling Company, and Breuckelen Distilling are just some of the few that have been making whiskey and other spirits over the years. But Manhattan hasn’t yet joined the scrum, until now, likely due to the cost and lack of space in the borough. That problem has been solved, due to the deep pockets that are behind the new Great Jones Distilling Co. — Proximo Spirits and its founder, Juan Domingo Beckmann, an “11th generation spirits maker”. 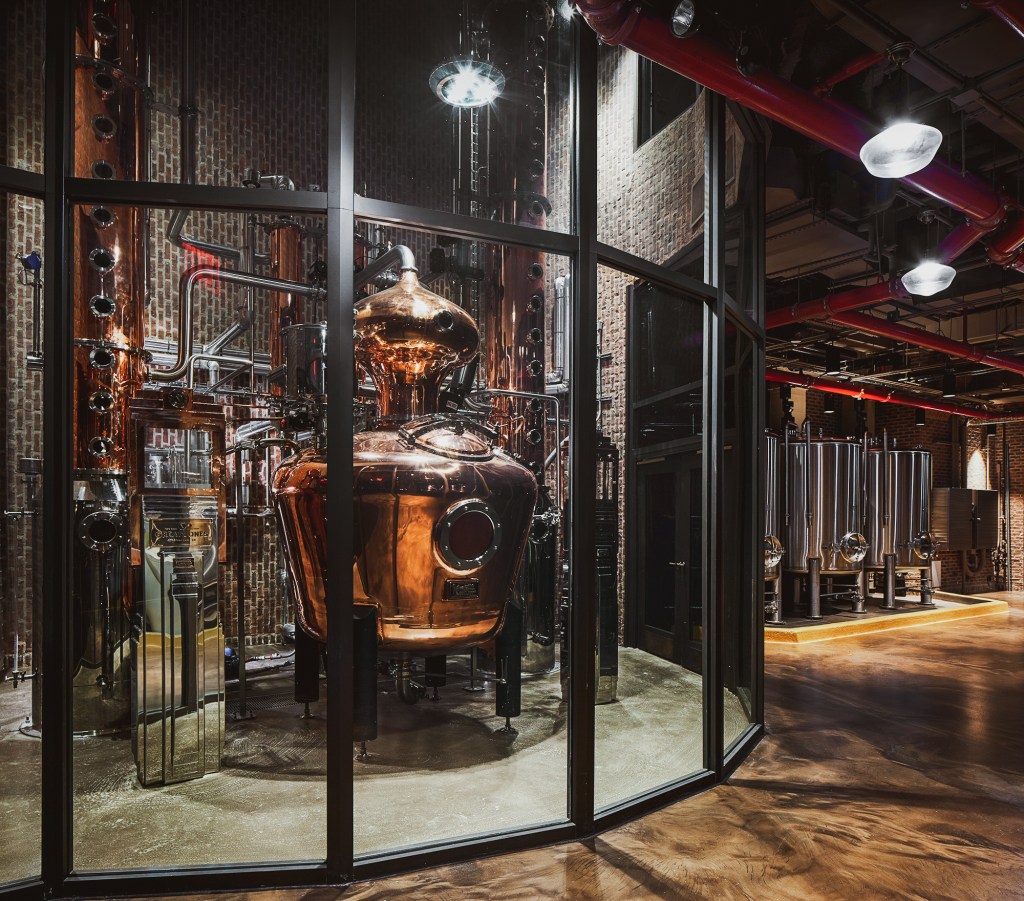 Proximo is the company that owns juggernaut brands like Jose Cuervo, Bushmills, Proper No. Twelve Irish Whiskey, and Gran Centenario tequila. So while the new distillery is relatively very small compared to any of these operations, and production is really more on par with a craft operation, the distillery itself is really beautiful and has a range of bar and restaurant options as well as an artsy, interactive distillery tour. In addition to the Restaurant at Great Jones, which is overseen by executive chef Adam Raksin, there is a speakeasy, a lounge, and space for private events. The building is 82 years old, and took six years to complete and retrofit to have a distillery operate onsite – on the second floor, no less. 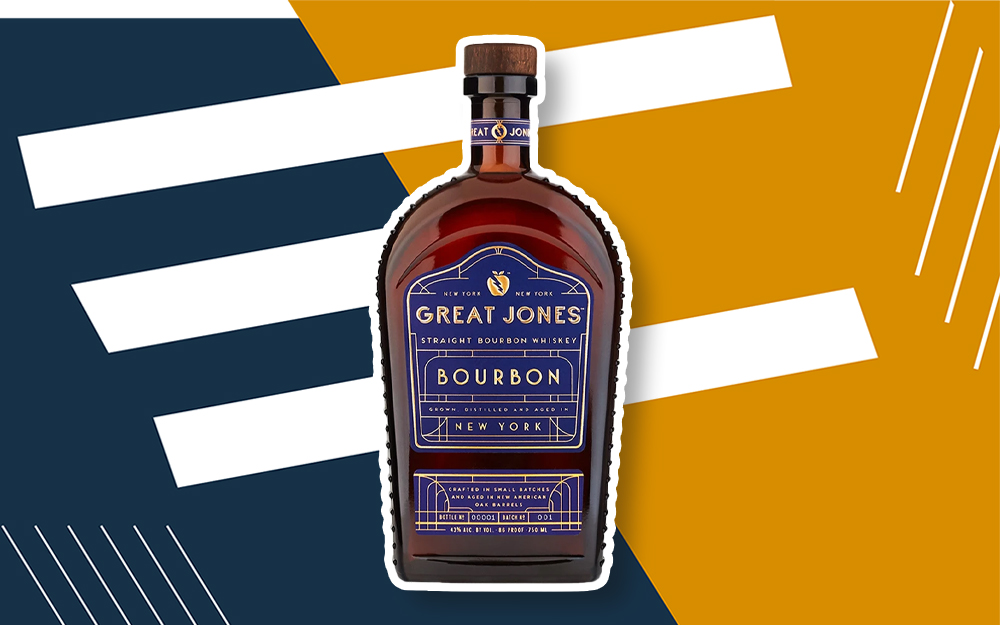 There is a pot still and two-column stills that will be used to make whiskey at Great Jones, but it will be years before we actually get to taste it. For now, the whiskey is being produced and aged at Black Dirt, a distillery in upstate New York that opened in 2012 and is also owned by Proximo. To the team at Great Jones’ credit, no one is trying to hide this fact. Obviously, there can be no aged whiskey coming out of this newly opened Manhattan distillery, but sometimes spirits brands try to obscure where the liquid actually comes from. Not so here, as the partnership is one that all involved seem to be quite proud of.

As for the whiskey itself, there are two expressions that are only available at the distillery for the time being, Great Jones Rye Whiskey and Four Grain Bourbon. The Straight Bourbon is also available online, so let’s dive into that one here. It’s made from the typical mash bill of corn, rye, and malted barley (all grown in New York State), aged for four years in new charred oak barrels (as required by law to be called bourbon), and bottled at 86 proof. This will all carry over to the whiskey being distilled in Manhattan as well, with the grains provided from the farms around Black Dirt. This is not an overly complex bourbon, with the classic notes of vanilla, caramel, and brown sugar that complement just a hint of spice on the palate. It’s priced competitively at $40 per bottle, and would certainly be a whiskey to consider using for making cocktails. Personally, I’d like to try this at a bit higher proof, maybe around 90, to see if that augments the flavor profile a bit. 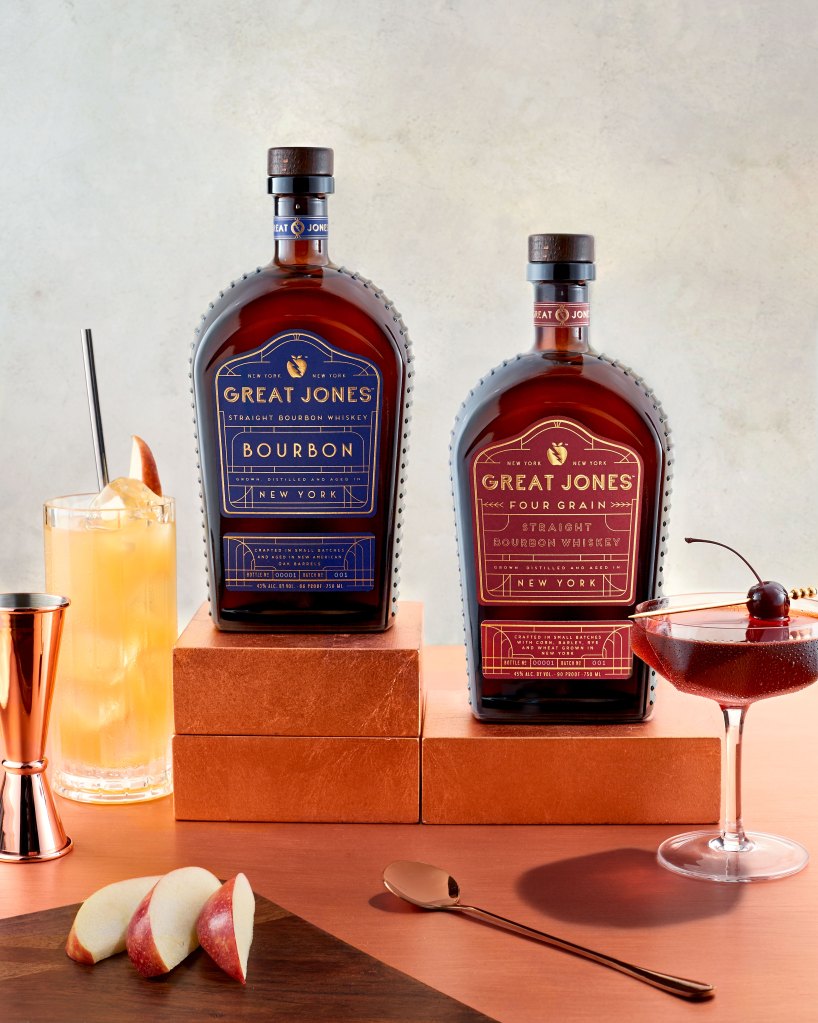 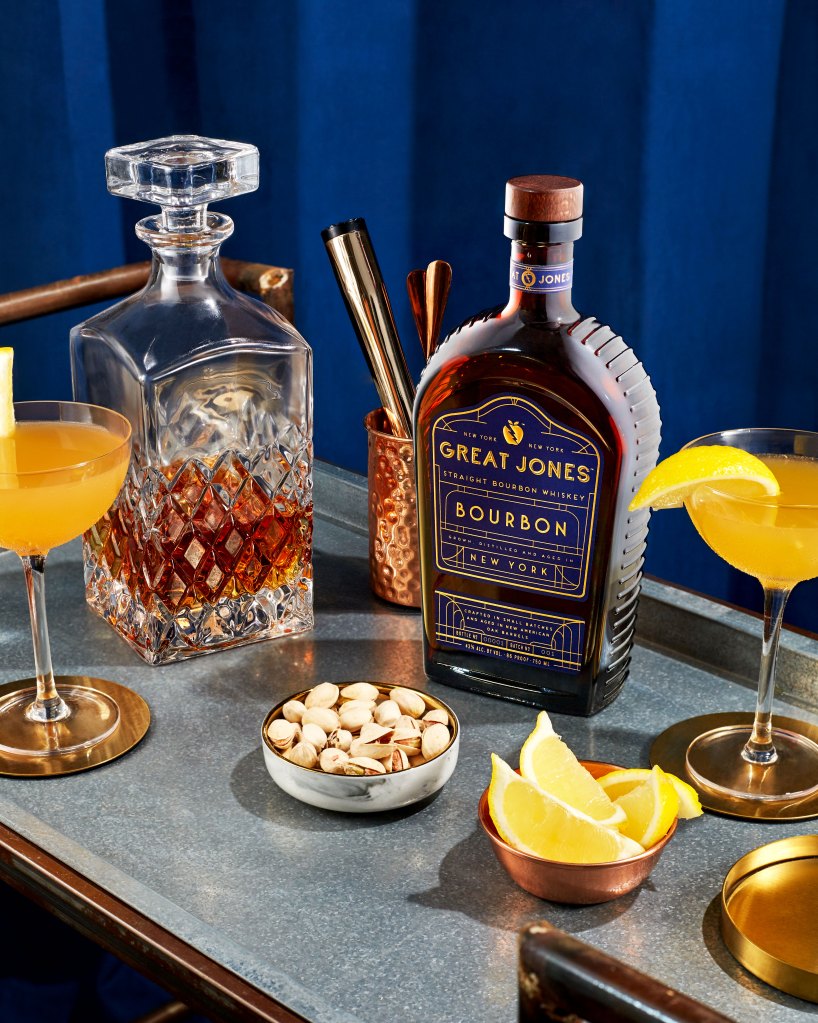 There is literally nothing else like this distillery in Manhattan, or any of the other boroughs if you consider the physical space and meticulous design of the distillery, as well as the food and beverage options. That being said, it remains to be seen how the whiskey being made here will actually taste. Understandably, some of the smaller craft operations that have been grinding it out for years are a little put off by the attention Great Jones is getting. But a rising tide lifts all boats… presumably, anyway. Check out the distillery the next time you are in Manhattan, and why not make it a day and visit as many others as you can to show your support as well.

Great Jones Bourbon is available to purchase at Reservebar and Total Wine. For delivery, we found bottles available via apps like Mini Bar.

The Best Bourbon Bottles To Add To Your Bar Cart